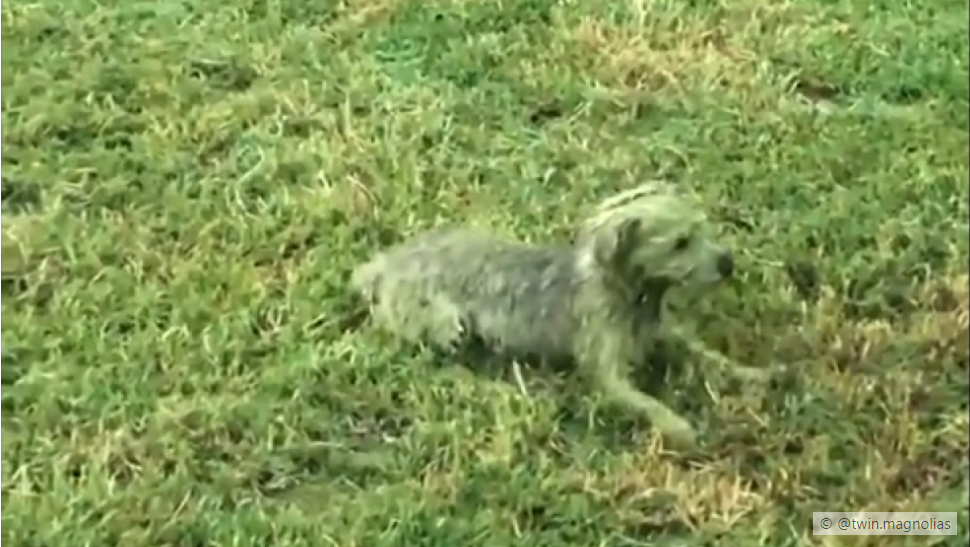 Above all, this young dog likes to roll around in anything that can get him dirty, to the great despair of his mistress who spends her time giving him baths. This time, he was strong.

Nuggets, a usually white curly dog, makes his owner Jennah see all the colors. He is full of enthusiasm and crunches life to the fullest.

His favorite pastime? Rolling around in what smells very good (for him) and thus changing his appearance. He then proudly returns to his home and lies down on the sofa without worrying about the consequences. 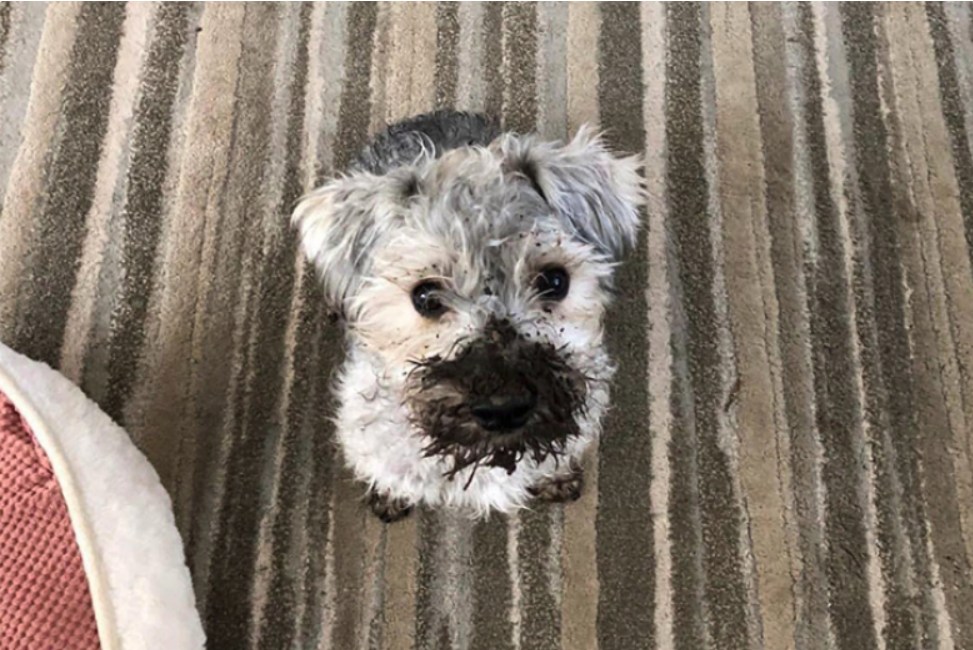 Recently, Nuggets broke new ground. When Jennah had just mowed her lawn and gathered the grass clippings into a neat pile, the pooch had a blast.

Instead of just sniffing the smell of freshly mowed grass, he decided to make it his cozy nest.

When he got home a few minutes later, he was unrecognizable. “We did not expect to see a green dog. He looked like a Muppet or an alien canine,” Jennah told us. 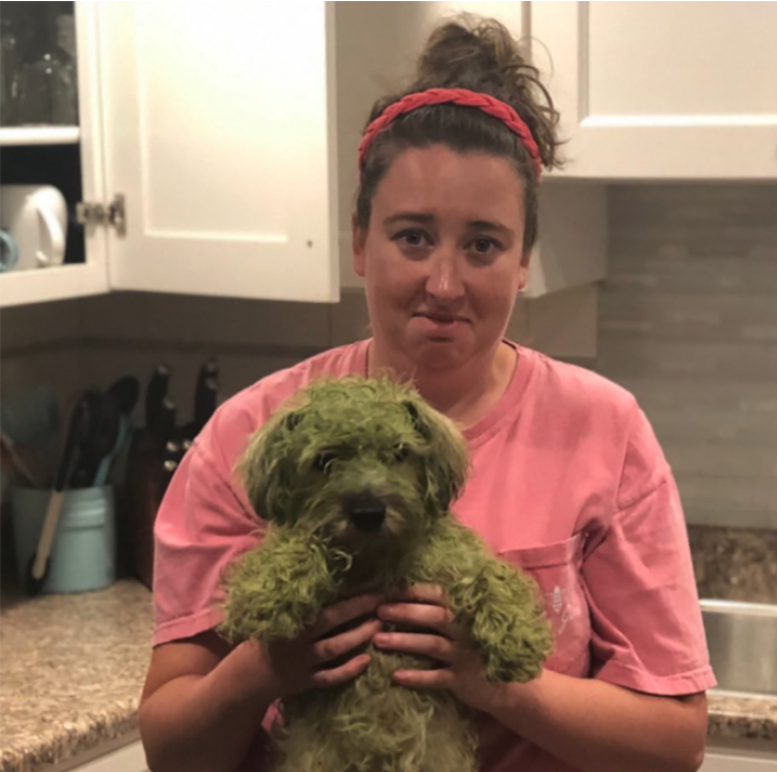 The young woman explained that she immediately gave her a bath, before the natural dye became embedded in her hair. However, she had to shampoo him several times with a cleanser designed especially for dogs with white curly fur.

« Nuggets was really upset and grumpy for over an hour. But we couldn’t leave him in such a state,” said Jennah, wondering what comes next.

The all-green Nuggets photo posted on Instagram has been a hit. She amassed nearly 5,000 likes and over 150 comments from hilarious netizens.