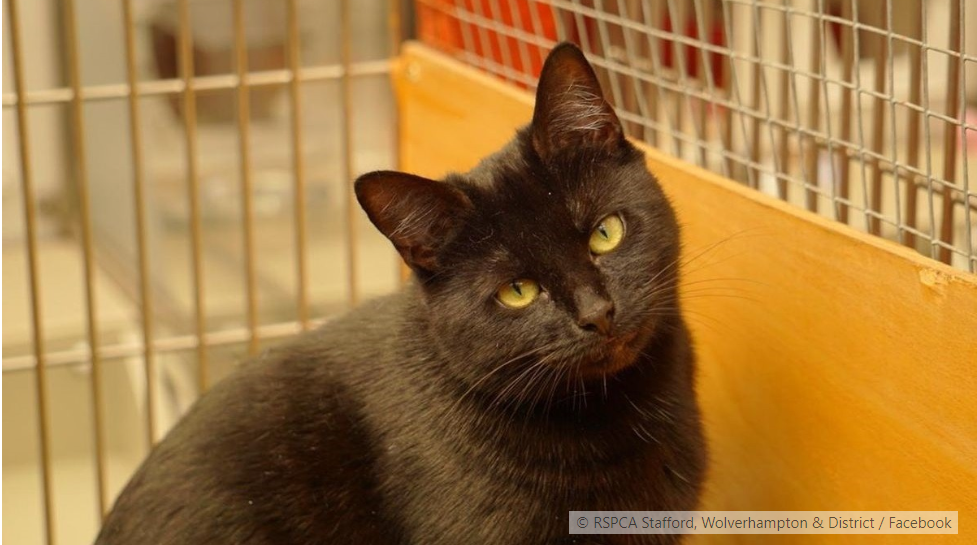 A cat with a friendly and endearing character, Zara doesn’t get adopted. She has been waiting for her chance at the shelter since January and sees her congeners arriving and joining their new families one after the other. Volunteers are appealing in hopes of finding her a loving home.

Nobody wants Zara, while this cat is overflowing with qualities. At the Stafford, Wolverhampton & District Branch shelter of the RSPCA (England), we do not understand why adoption candidates are rare for this feline. Could it be because of his black coat? 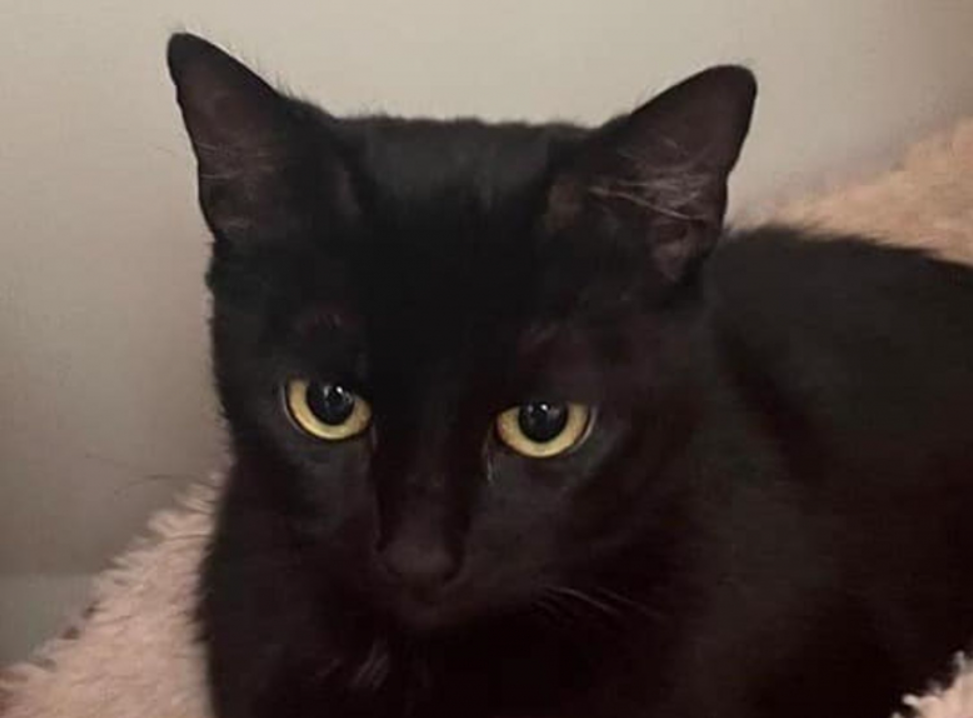 Zara had been admitted there in January 2022 after being discovered wandering and freezing cold in Aston, with her 2 newborn kittens. Unfortunately, it was already too late for one of them, found dead by her side.

When, a few weeks later, the surviving kitten grew big enough to live on its own, an adoptive family was quickly found for him. His mother was not so lucky and is still waiting.

Despite her pleasant personality, potential adopters do not seem to be interested in her. Described as « a fabulous mini house panther », Zara became the shelter’s oldest resident. 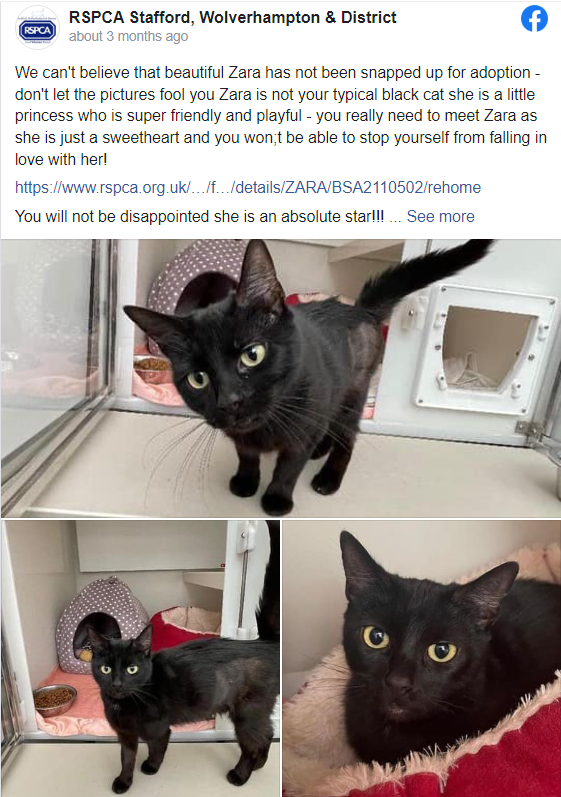 The cat “is always looking for that special someone, which completely baffles us, because she is such a beautiful cat. She is confident, friendly, playful, good with children… Everything you could want in a feline member of the family. We are sure that the perfect family is waiting for Zara. They just haven’t met her yet,” the manager concludes.” Tracey Rogers, adoptions coordinator at the Stafford, Wolverhampton & District Branch, tells BirminghamLive.