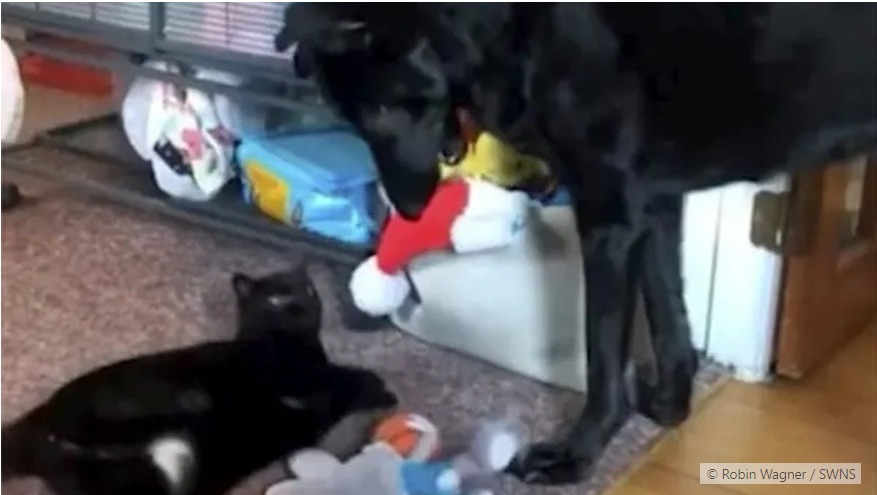 Blaze has been blind for 2 years, but he has regained a taste for life thanks to Satin, a cat who has become both guide and friend for him. Thanks to her meows, she helps the dog orient himself and avoid obstacles.

Becoming blind, a dog called Blaze was very affected psychologically by his handicap, but he was able to recover thanks to his cat friend. A story reported by the New York Post.

Blaze, a German Shepherd cross, was adopted by Robin Wagner in 2019. From the first consultations, the veterinarians understood that he suffered from a degenerative eye condition. At the time, he already couldn’t see out of one eye. The specialists had explained to his mistress that he risked losing the other.

Unfortunately that is what happened. Blaze went totally blind in October 2020. 2 months later his eye had to be removed. 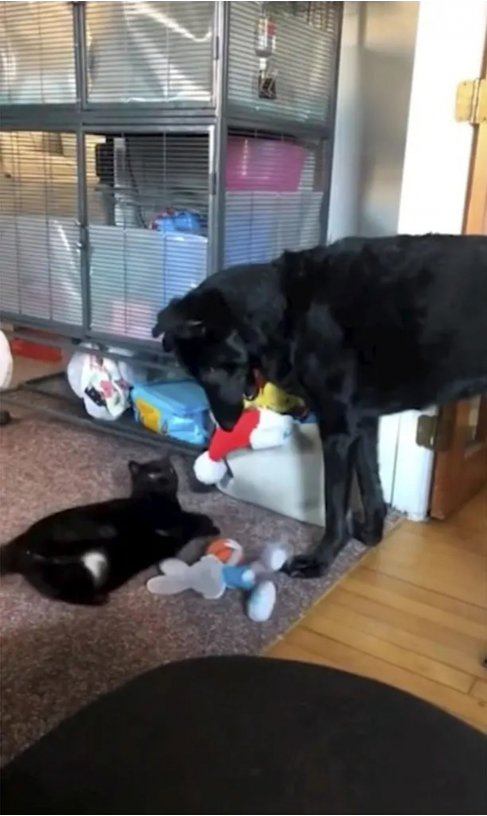 The blindness had a huge impact on the dog’s mental health. Blaze was anxious and nervous. « We had to work a lot with educators to help him regain his self-confidence, » says his owner.

His encounter with a cat called Satin was lifesaving for the canine. Initially, however, the cohabitation was far from obvious, as Blaze would often unintentionally trample the feline. Satin then got into the habit of walking away when she saw Blaze coming, for fear that he would step on her. Then, she instinctively began to meow to signal her presence and thus prevent him from trampling on her.

Gradually, she began to do the same not to protect herself, but for the safety of the dog. When she saw that he was heading towards a wall or any other obstacle, she mewed to warn him and guide him towards her. Satin became Blaze’s eyes. This only strengthened their bond.