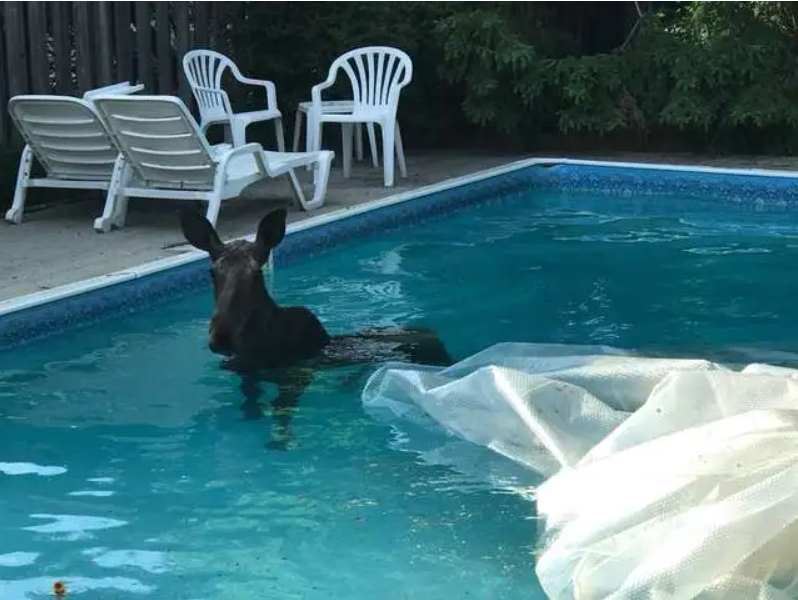 Paul Koch and his wife were preparing breakfast one morning when they noticed someone struggling in their swimming pool outside their house in Ottawa, Canada. It was a moose that had been entangled in the sun cover and required assistance.

The moose just need a little more time, so they decided against giving it a tranquilizer while she was still in the water. After spending three and a half hours in the pool, it managed to escape and leaped over the fence. Later, the police reported that they had witnessed the moose returning to the woods in safety. 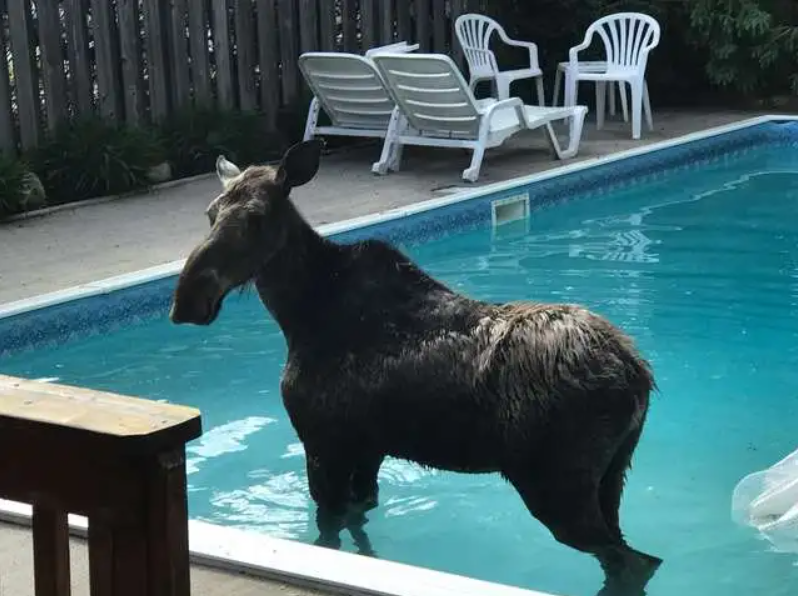 Although the pool suffered a little damage from two hoof-sized holes at the bottom, the moose was uninjured.