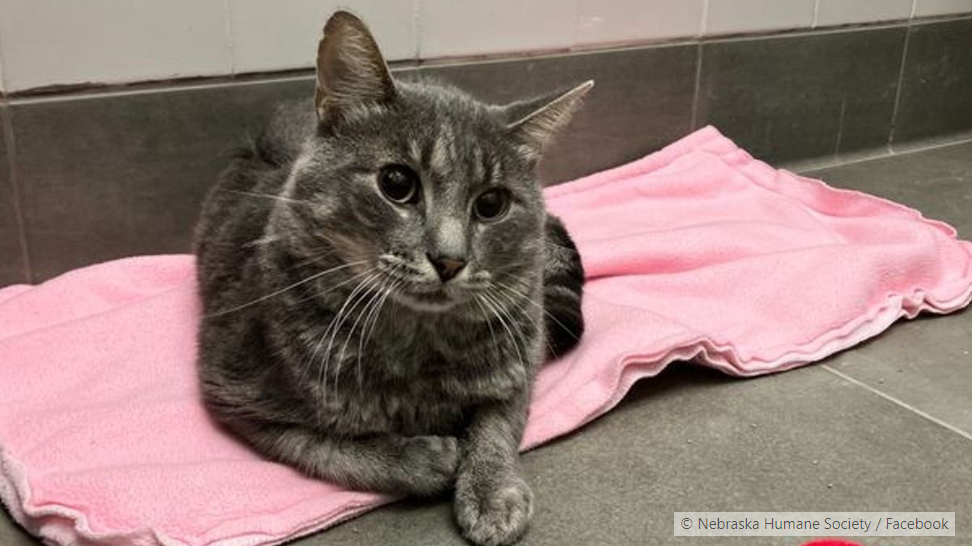 Nearly 3 weeks after being rescued, a cat who suffered from a terrible heat stroke is entitled to a new start. The association that took care of him announced it on social networks.

Excellent news for Joey, a 3-year-old cat; the animal was adopted by a loving family, KMTV 3 News Now reported on Thursday, August 11.

This American Shorthair cross had arrived in critical condition on Saturday July 23 at the Nebraska Humane Society shelter in Omaha. He had just been discovered suffering in one of the streets of the nearby town of Bellevue by a passerby. Victim of a heatstroke, the feline was lethargic and did not react to light and visual stimuli. 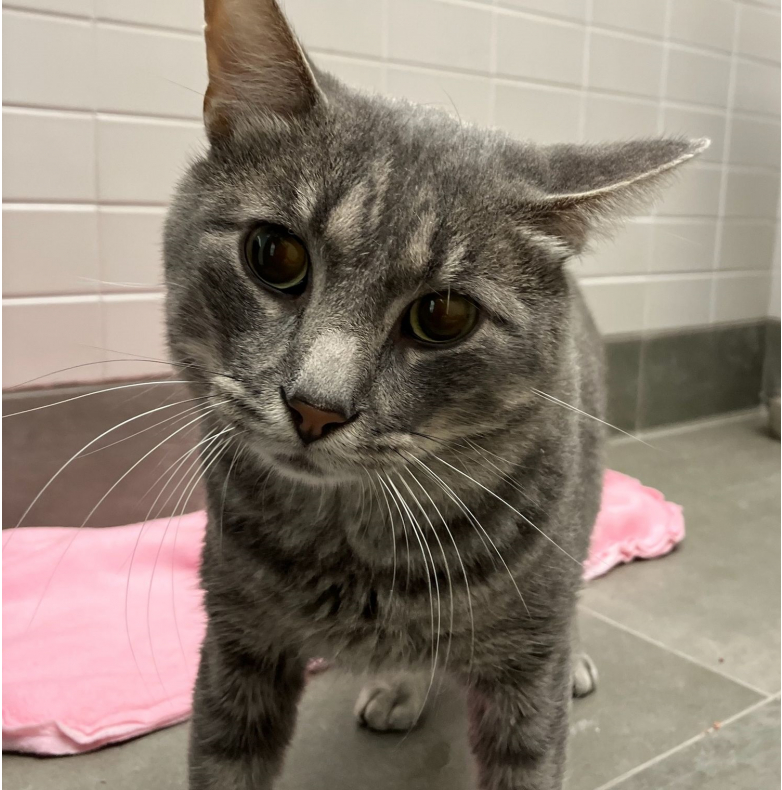 Although transported in an air-conditioned car, his body temperature was still very high when he arrived. The heatstroke had affected his brain and nervous system. He bears consequences that he will most likely keep for life.

After being treated, Joey had been entrusted to a foster family with whom he continued his convalescence. He has become nearly blind due to brain damage and has a tilted head, resulting from nerve damage. 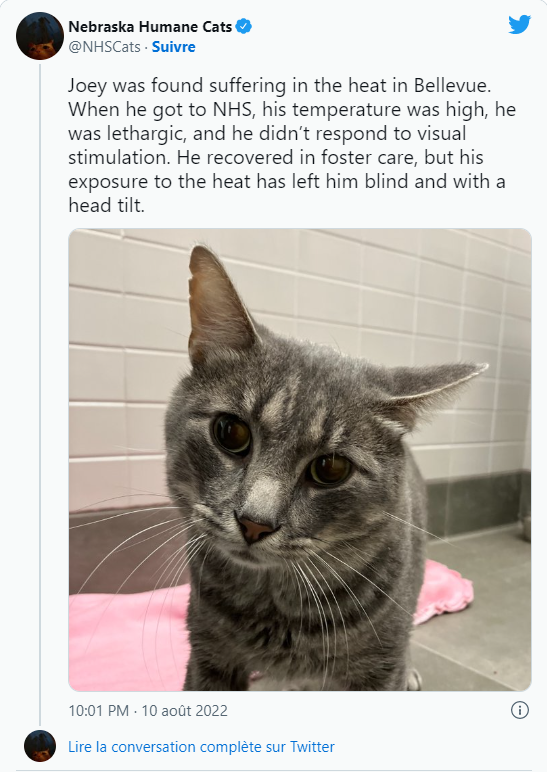 On August 10, the Nebraska Humane Society shared the cat’s story on social media and said they were looking for adopters for him. In its publication, the association explained that despite the difficulties he suffers from, Joey still does “cat things”. He uses his litter, jumps and “uses his paw to test the water in his bowl before drinking”, in particular.

On Thursday, August 11, the shelter shared good news about the animal: “We are happy to announce that Joey has been adopted!” 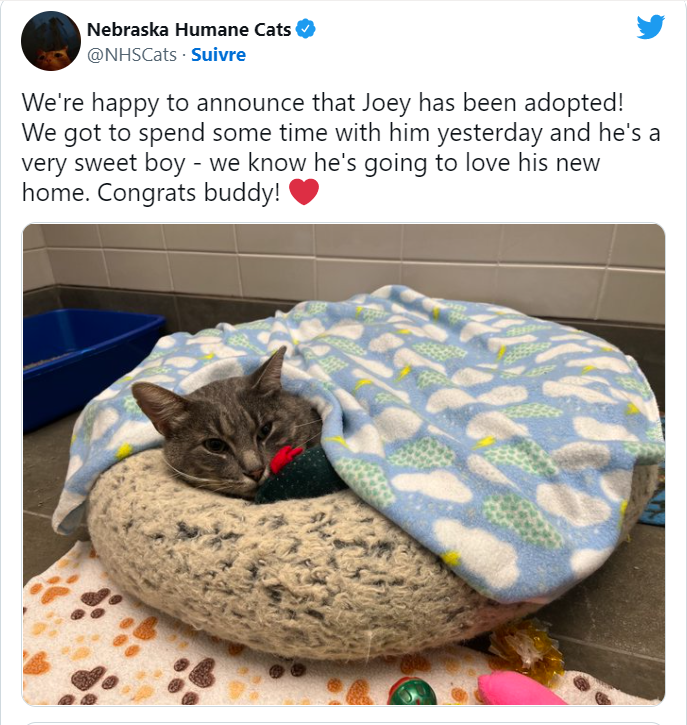 Information that has obviously delighted many Internet users, starting with those who have been following Joey’s story since his rescue. “We are sure he will love his new home. Congratulations buddy!“, concludes the association in this post.