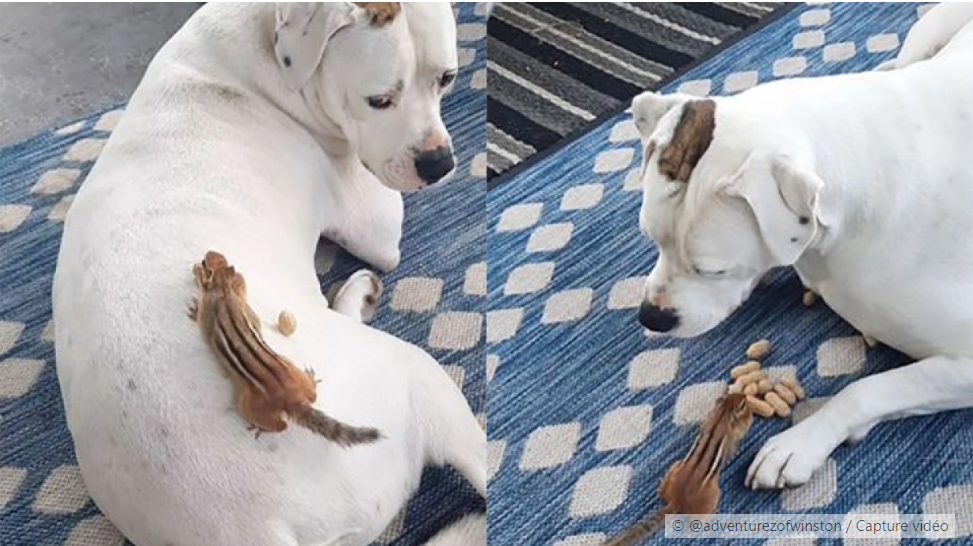 Cross-species friendships are not uncommon. However, a dog-squirrel duo is more surprising since the canine usually represents a danger to the rodent. Winston’s master films and posts their daily encounters on TikTok to the delight of Internet users.

Gary Townsend lives in a rural area in the province of Ontario in Canada. The place is naturally populated by many red squirrels who do not hesitate to visit the residents to obtain various types of food. 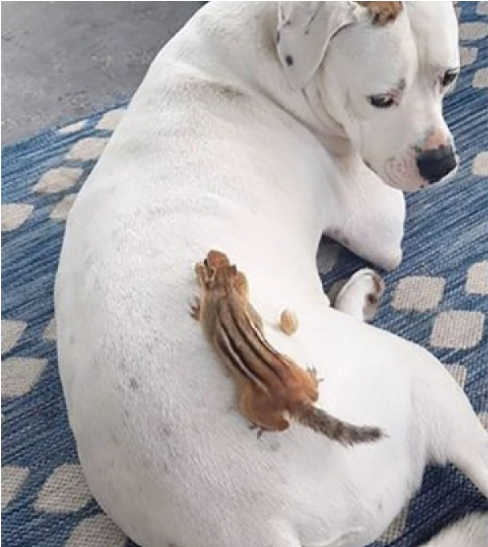 Gary has shared his life for 4 years with Winston, his adorable white American Bulldog whom he adopted. Even if the canine could look like a predator in the eyes of a rodent and frighten it, it is not. He even has a gentle and caring personality with everyone he meets on his way.

2 years ago, a little red squirrel appeared on Gary’s terrace. Like some of his colleagues, he chose the technique of tenderizing with humans to harvest peanuts rather than roaming the woods in search of a few maple buds. 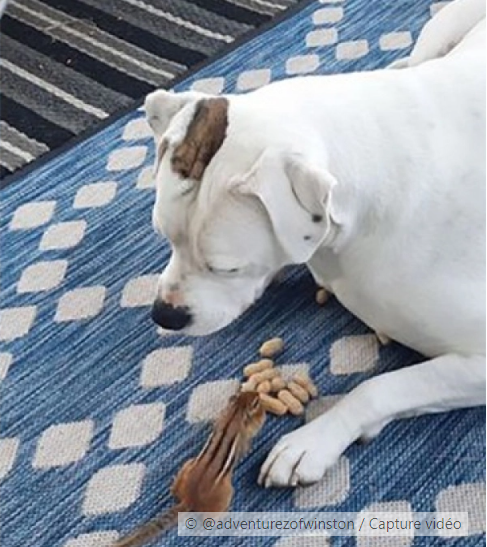 Very quickly, Winston showed an interest in the rodent. He asks to go out every morning and quietly waits for his visitor to appear.

« Winston always wants to go out on the patio early with me when I’m having my coffee to feed the squirrel. » So we do it almost daily and even throughout the day,” Gary told us.

Wilson showing gentleness and delicacy towards this tiny fragile being, but so cheeky. Indeed, this one does not hesitate to climb on the dog.