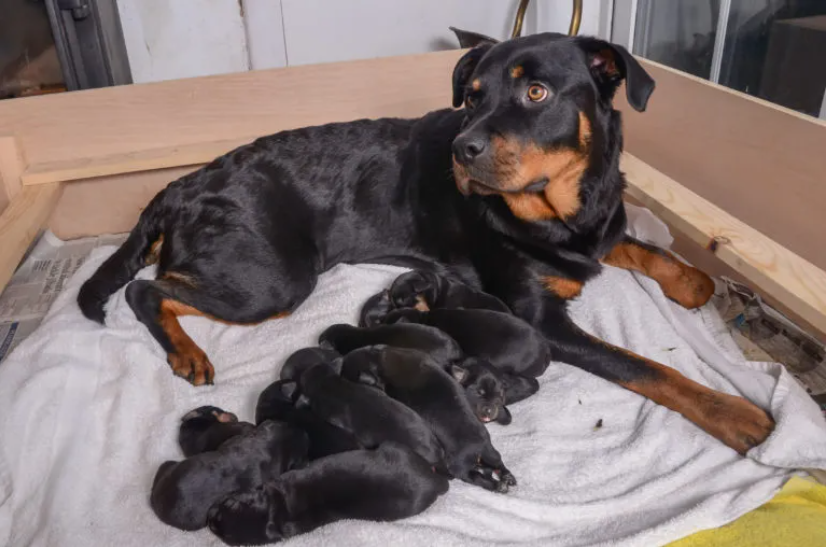 The owners of Jessie, Eleanor Usher’s Rottweiler were informed that she was expecting six to eight puppies. Mother Nature, however, had other plans, and when the delivery time arrived, everyone had a shock.

Jessie gave birth three days before her due date. It was late at night, and the pups just kept coming! What was the final tally? When everything was said and done, there were a total of 15 pups! While not a world record, it is the second biggest litter in UK history (the largest being 18!) 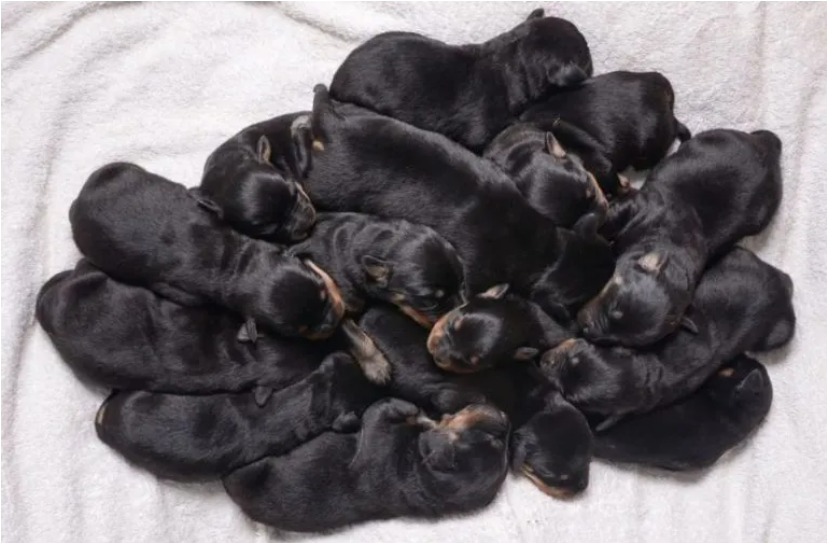 The family was astonished but overjoyed after seven hours of labor and what seemed like an infinite number of pups. And Jessie is the finest mother in the world! She’s been able to feed them all on her own and give each pup the care it need.