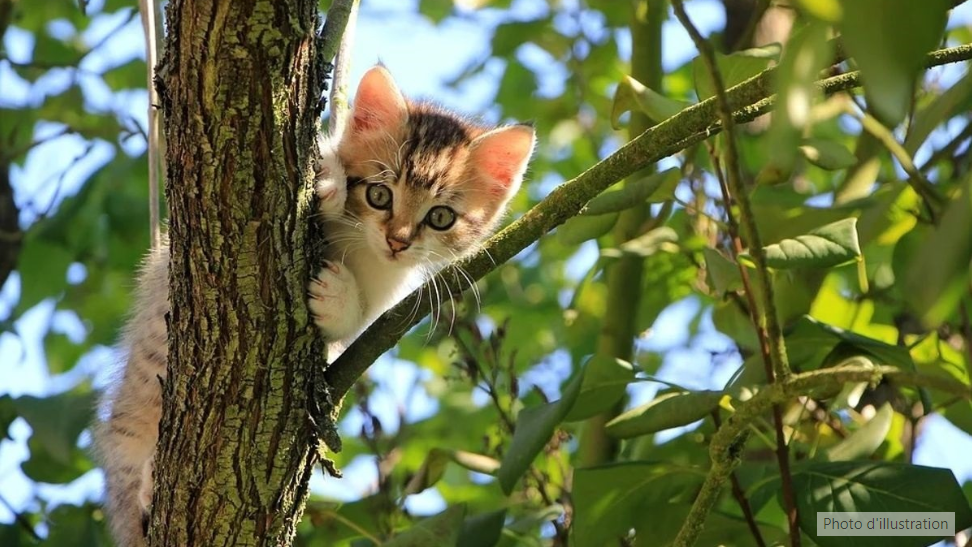 Short of solutions to rescue a cat stuck at the top of a tree, a resident asked for help on social networks. A pruning professional quickly responded and arrived on the scene with his equipment to help the feline.

Thursday, July 28, Jenny Kidd was walking not far from her home in Lake Havasu City, Arizona, when she was challenged by meows. These cries came from the top of a 12-meter high palm tree. She recognized the animal; it was a stray cat that she often saw in the neighbourhood and that the whole neighbourhood took care of by feeding her. Jenny Kidd had once considered adopting the cat, but she had to give up on the thought because her dogs do not get along with cats. 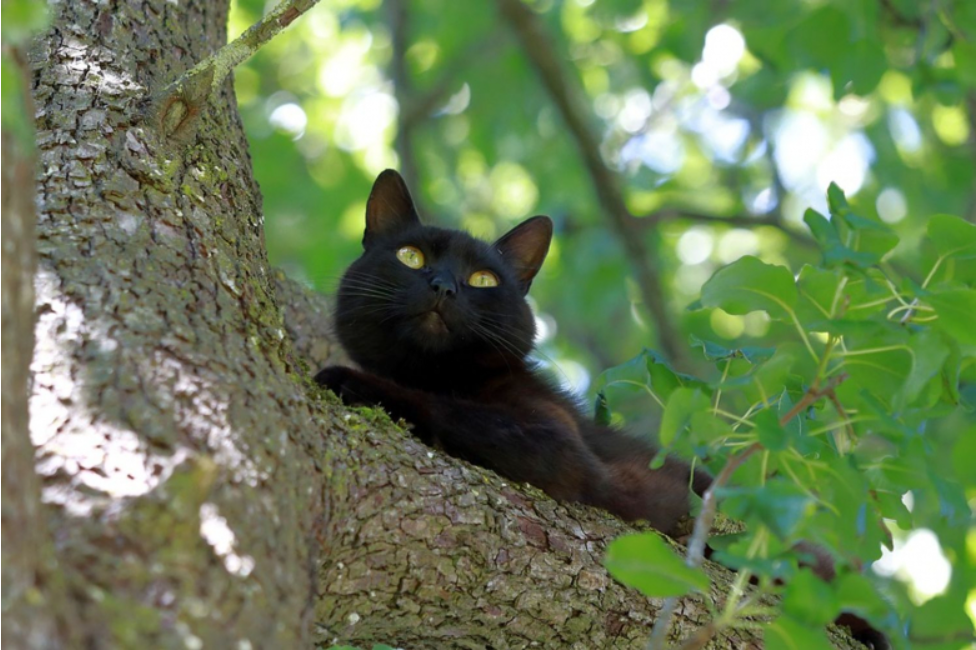 The poor thing was terrified and kept meowing. His situation became more worrying as the tree began to sway because of the strong wind. A storm was brewing in the area.

Jenny Kidd asked for help on Facebook, hoping to find a solution for the feline. Shortly after, she received a message from Rodolfo Garcia, a gardener and professional tree pruner.

The man wasted no time. He quickly arrived on site with his large ladder and his backpack. He climbed up the palm tree, then put the cat in his bag and descended carefully.

Once at the bottom, the animal ran away without even resting for a second, too happy to reconnect with solid ground.