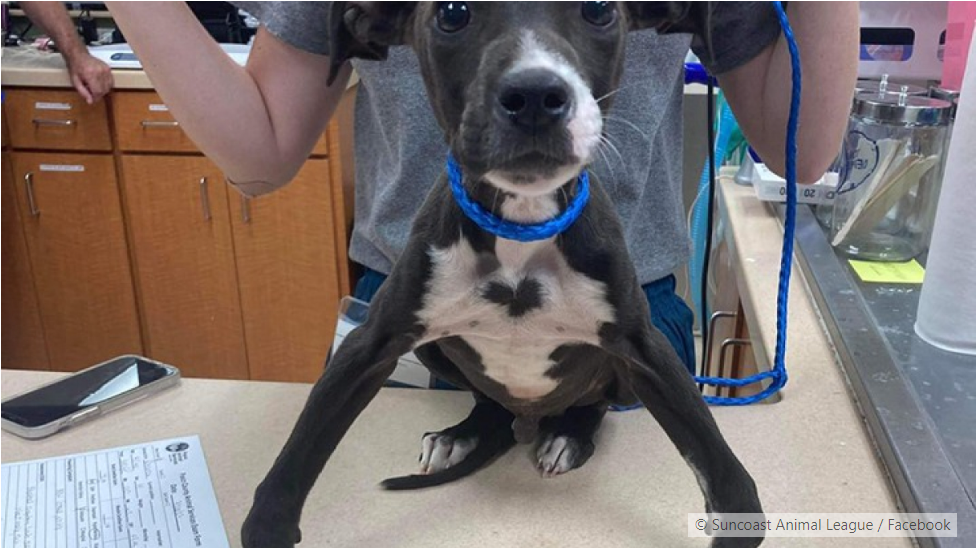 A Good Samaritan found a young canine in trouble along the road to Palm Harbor, Florida in the United States. The poor animal had strangely arched legs and therefore moved with great difficulty.

Indeed, his 2 front legs were tilting well outside his torso for a still unknown reason.

It turned out that Jensen was far too small and skinny for his age. He weighed only 5 kilograms. He lacked at least 4 to reach his ideal weight.

Jensen had no broken bones or other injuries that could explain his malformation. In addition, his digestive tract was devoid of foreign bodies that could justify his being underweight.

Cindy Culpepper, therefore, concluded that he was sick because of malnutrition. 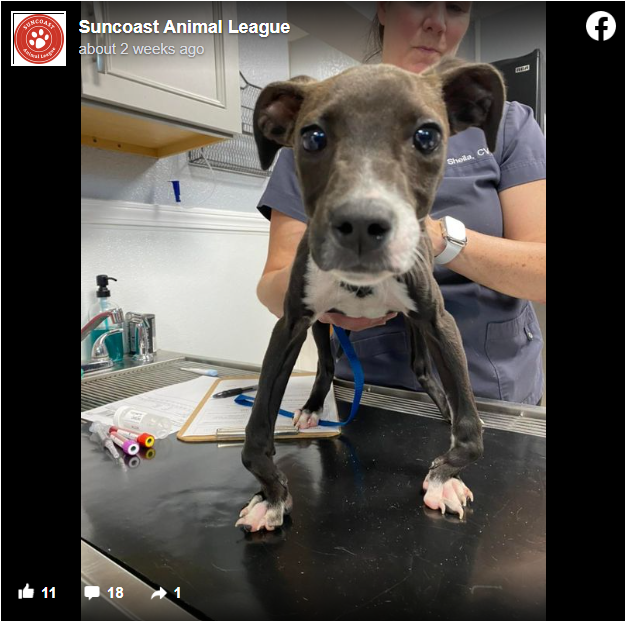 Jensen is therefore fed regularly and takes food supplements so that he regains body mass quickly. In addition, the veterinarian has placed splints on him to help him move more easily and contribute to his recovery. He should regain all his faculties in a few weeks.