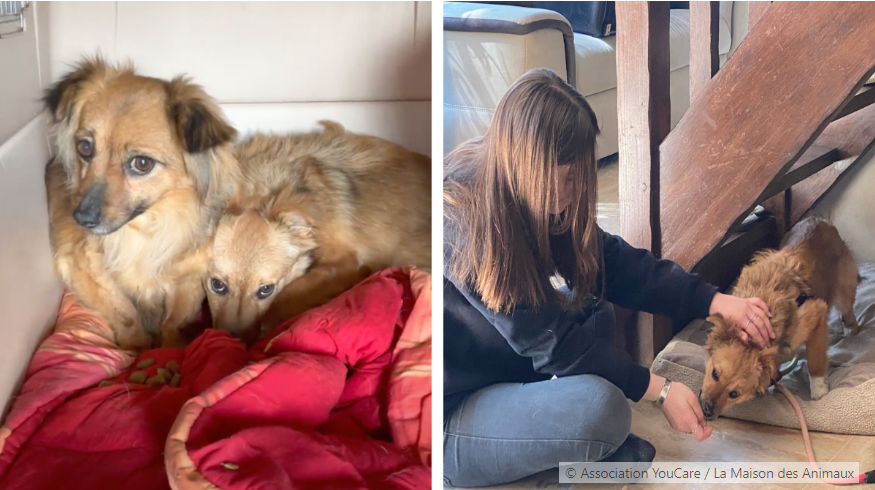 The eyes are the mirror of the soul. Those of Rox reflect an immense fear. Cared for by a Polish association while he was wandering at the Ukrainian border, the little dog was then repatriated to France by Les 3 Dindes and YouCare. A journey towards hope, towards life.

For Rox, life was hardly a pleasant and leisurely stroll, but rather a difficult journey. Climbing a steep mountain is a long-term ordeal.

Exhausted, and out of breath, the dog held on and finally made it to the top thanks to beautiful people reaching out to him. The editorial team of Woopets spoke with them, to transcribe the story of this courageous conqueror. 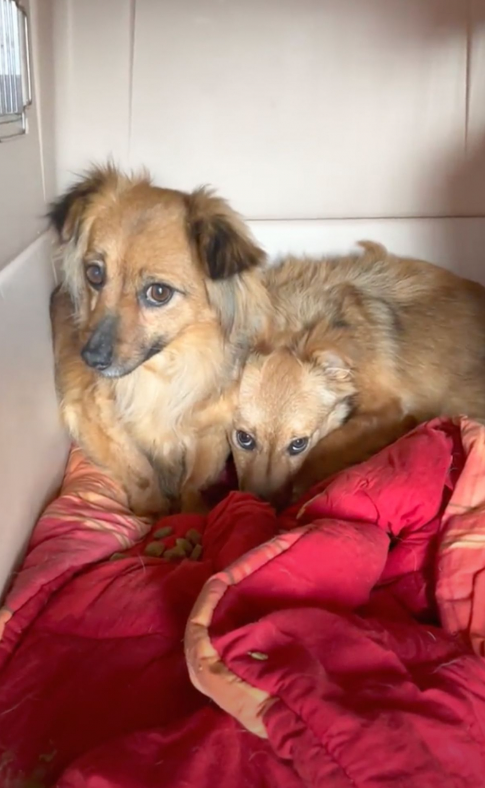 Alas, the past of the animal is covered with a dark veil. Nobody knows exactly what he went through during the first 2 years of his existence, but his look says it all.

His innocent eyes are enveloped in a thick fog, where frightening shadows dance. If Rox could speak, what nightmares would he tell us? 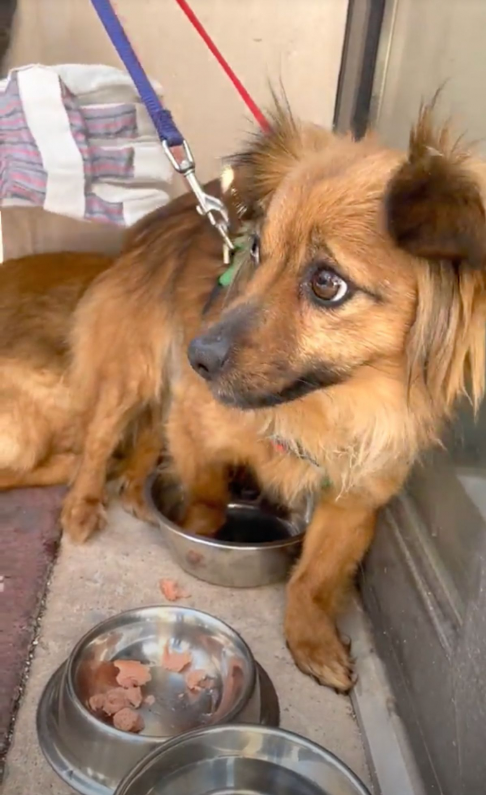 What we currently know is that this bruised soul was wandering across the Ukrainian border with a dog friend, before a Polish association picked them up. The team then repatriated them to France, along with other survivors.

This trip, co-financed by the patrons of the YouCare association as well as the member companies of the Label 1% Pour Les Animaux, organized with the help of the city of Levallois, consisted not only in taking care of these dogs but also delivered donations to shelters. 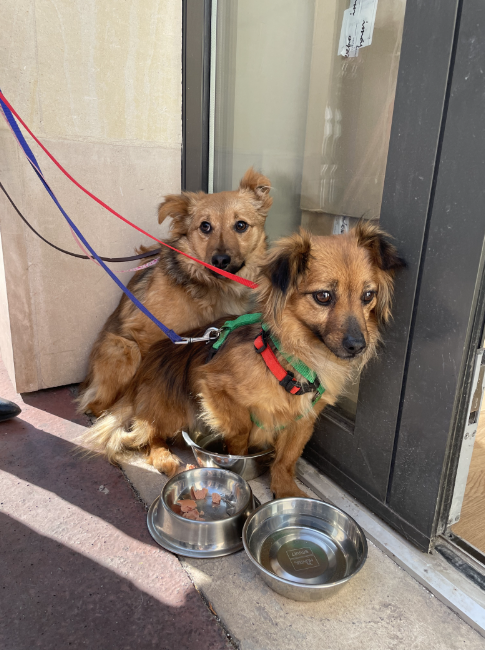 « They were completely in a state of shock when we took them in, but after 3 days with us, they relaxed a bit and we were able to touch them with the tips of our fingers”, said one of the volunteers.

Rox, « locked in his trauma and paralyzed by fear », was hiding behind his companion, named Rouky. The 2 dogs were then placed in different foster families. Rox was welcomed with open arms by the volunteers at La Maison des Animaux. 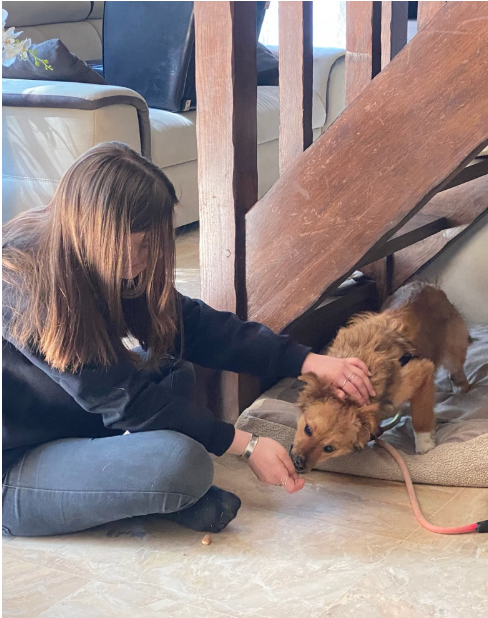 Extremely traumatized, untouchable, and asocial, the canine was only a shadow of itself. “We couldn’t handle him, we had to muzzle him because he was trying to bite, explained Sabrina, one of the volunteers. He was very, very afraid. In town, it was very difficult to get him out. He is not socialized. From his behaviour, we can see that he knows absolutely nothing.”

While he feared the presence of humans, « even from afar », Rox always felt comfortable in the company of other dogs. Health level? Nothing to report. When he set foot on French soil at the end of March, the canine was already identified and vaccinated against rabies. Since then, the other « classic » vaccines have completed his health record. When he is calmer, he will undergo castration. 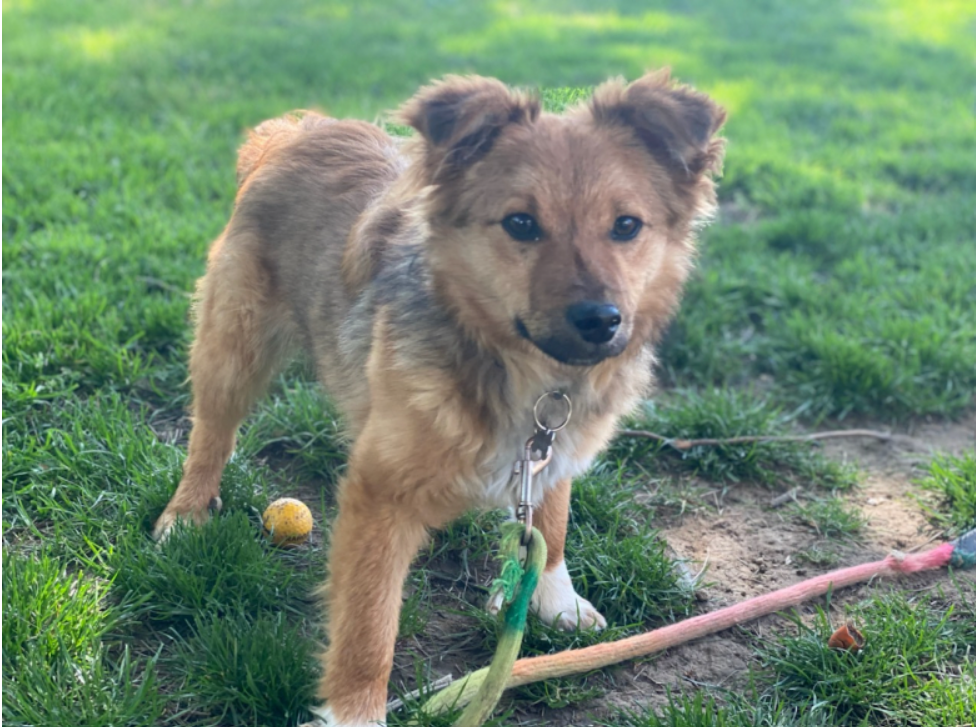 Little by little, Rox comes out of his shell and learns to trust humans. His foster family can now pet him, even if he is still quite fearful. The other dogs in the household help him and soothe his daily life.

We can’t dissect his past, but we can glimpse his future. Today in good hands, Rox climbs the slope at his own pace and mourns his memories: a new life is offered to him.

When he is ready, the volunteers will put him up for adoption. This action will open a new chapter, in which we are sure that Rox will finally find peace and taste full happiness.

The great adventure he is about to start France has been made possible thanks to all the actors involved in animal protection. A strong mobilization which allows to offer a little hope and a second wind to dented life, like Rox.