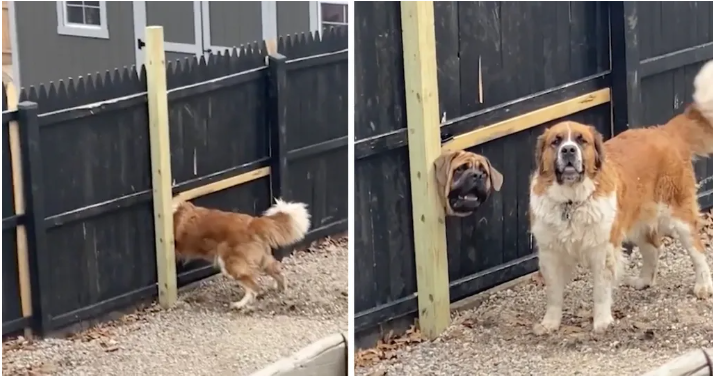 It was an ordinary morning in Minnesota and Elizabeth Potter was getting ready to leave for work. Suddenly her eyes caught something she had never observed before. Her three-year-old Saint Bernard named Everest was leaning on the fence. As it turned out later, the dog had been planning a secret manoeuvre with the neighbouring two-year-old English Mastiff Bear.

They had created a little door on the fence, through which they could communicate and play. The woman was speechless. Yet it was clear to her that the dogs needed socialization. So she had a discussion with her neighbor and together they managed to come up with a way to help the little friends enjoy each other’s company.