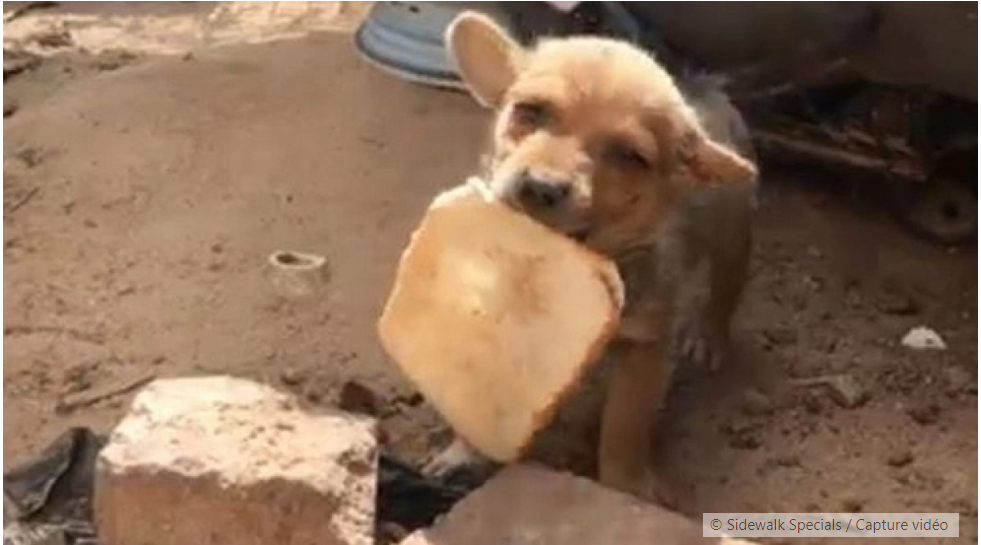 Gunnar was found wandering Groendal Street in Franschhoek, South Africa. The rescue group members were deeply touched by this young puppy who carried everywhere a slice of bread that he had found in a neighbourhood trash can. He welcomed them warmly, wagging his tail and appearing to smile.

“The previous week his family had delivered him to the vet for euthanasia, but luckily for Gunnar, he was inadvertently released,” a volunteer said in a Facebook post.

Despite being only 7 weeks old, the poor thing was in a sorry state. “Gunnar was anemic and suffered from tick bite fever (piroplasmosis), having one of the worst parasite infestations we have seen. He also had an eye infection that required treatment,” the volunteer said.

The association’s partner care team therefore took him under their wing. He was freed from parasites, his eyes were cleaned and he was given antibiotics. After a good bath and a week of increased attention, Gunnar was a whole different little dog. He had regained his energy and showed his gratitude to his rescuers. 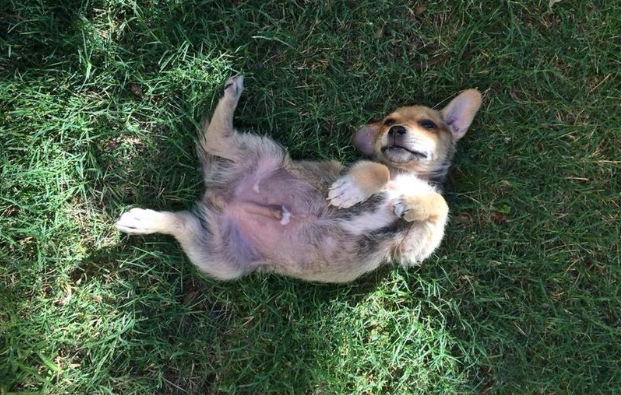 Gunnar was therefore offered for adoption at an event in Cape Town. He quickly won the heart of Freya, a young woman who loves animals.

Since then, the puppy has enjoyed a happy life in a warm home.

“He is a super curious dog who wants to discover everything. Moreover, he has a devouring passion for rocks. He spends hours looking for the perfect model to offer it to me,” said Freya.