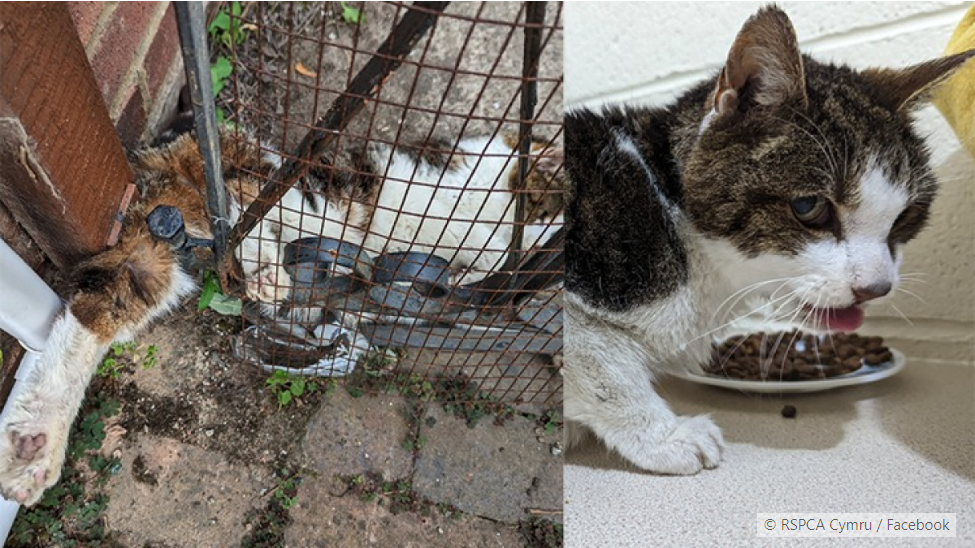 Cats sneak everywhere. But this time, the unfortunate thing got stuck trying to pass through a garden fence. Fortunately, good Samaritans came to his aid and he has now found his owner. 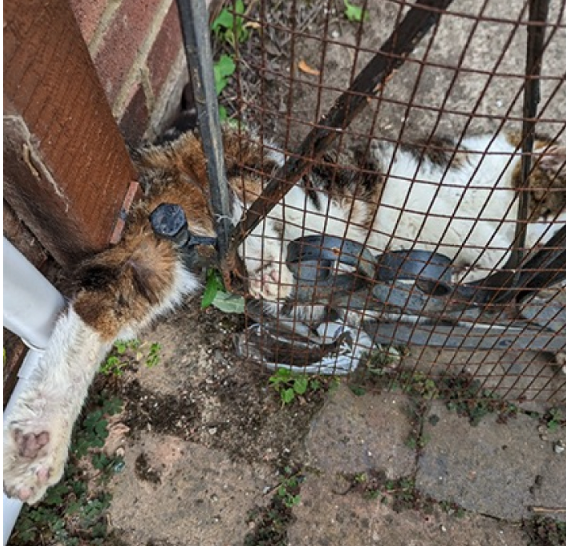 Today, an elderly tomcat was spotted in a very bad position on the famous avenue Oxford Street in London, England.

The poor animal had his hind leg trapped between the hinge and the door to the garden of a house. He had tried to make his way through the garden but had been stuck there for hours.

Indeed, the cat was in an alarmingly lethargic state. The woman who found him tried to free him but was afraid of causing further injury. She, therefore, contacted the RSPCA Cymru who intervened as soon as possible.

Melanie Froude, who was part of the rescue mission, reports: “With delicacy and meticulousness, I managed to move the leg of the unfortunate cat and free him.” 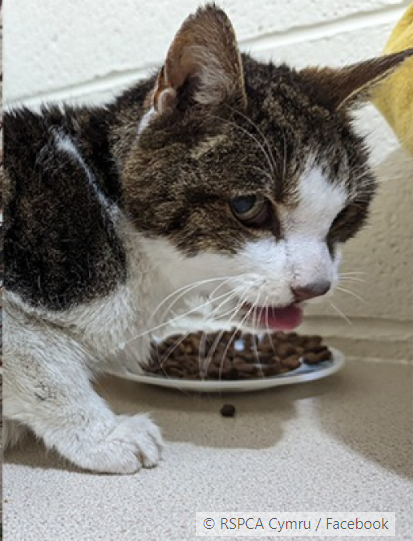 Melanie drove the cat to the shelter’s partner veterinary clinic.
« Fortunately, it was confirmed by the vet that his leg was not broken, but there was trauma, as he was not standing on it properly, » she said.

In addition, the cat called Freddie was underweight and had dental problems and his left front paw was also injured. His extreme thinness was perhaps due to his teeth. Freddie, therefore, received the care he needed. At the same time, the volunteers of the shelter investigated to find its owner. Miraculously, he was found. The man was delighted to find his faithful companion whom he had been searching everywhere for several days.