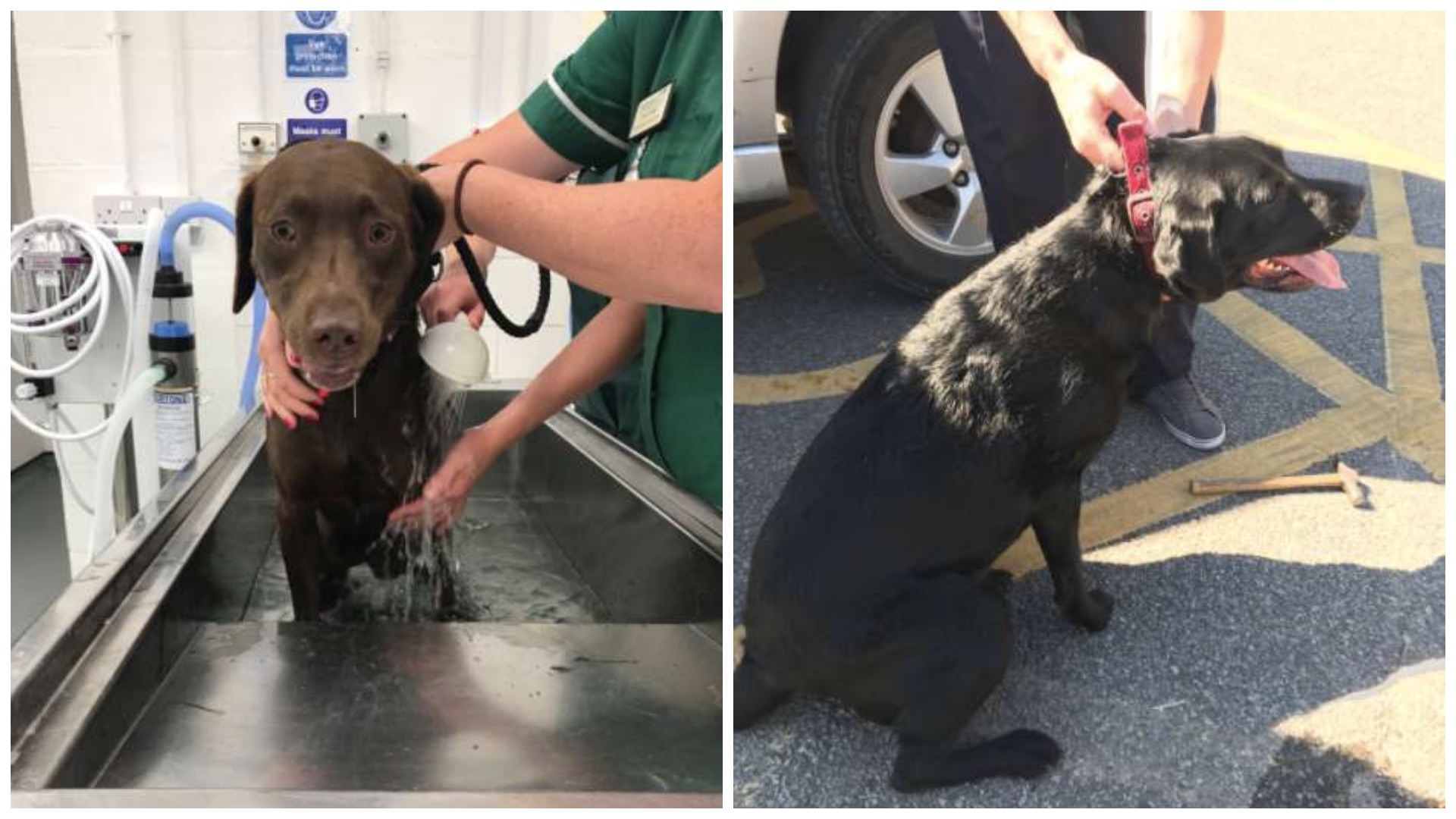 In summer, this problem is more acute than ever 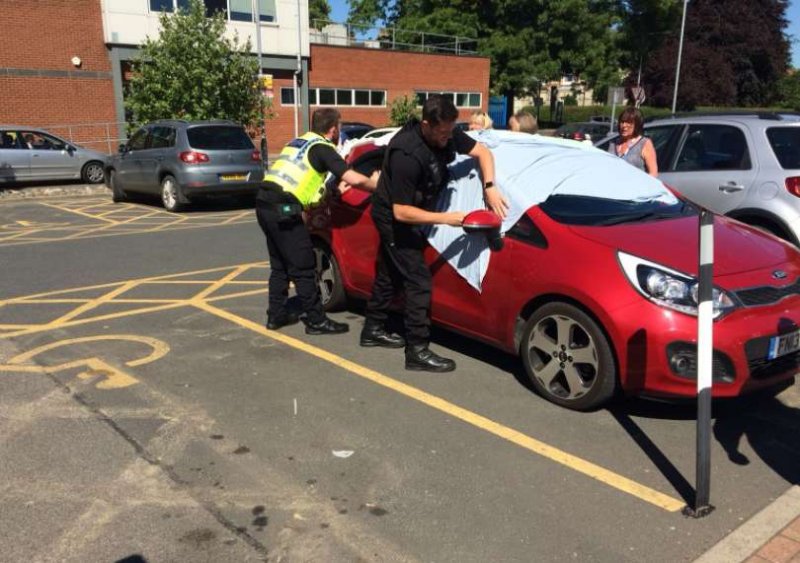 Owners leave their dogs in the car, forgetting that the car heats up in 5 minutes in the sun. Therefore, if someone sees a dog in the car with the windows closed, then passers-by usually immediately knock out the glass, and rightly so!

In York City, UK, police broke the windows of a car in the parking lot. Two dogs were suffocating inside 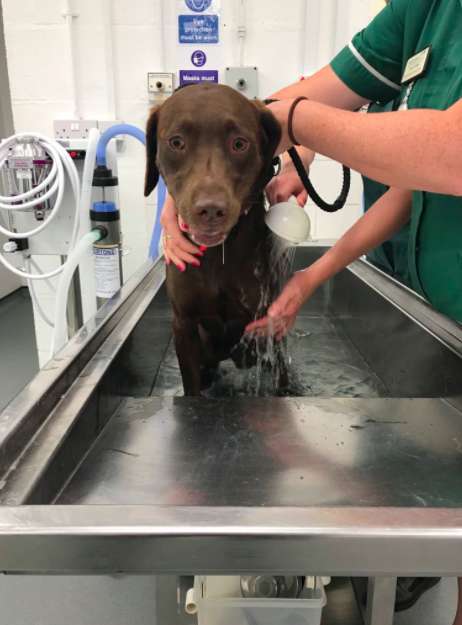 They were immediately taken to the veterinarians. Dogs began to make cooling baths. Both dogs were breathing hard. 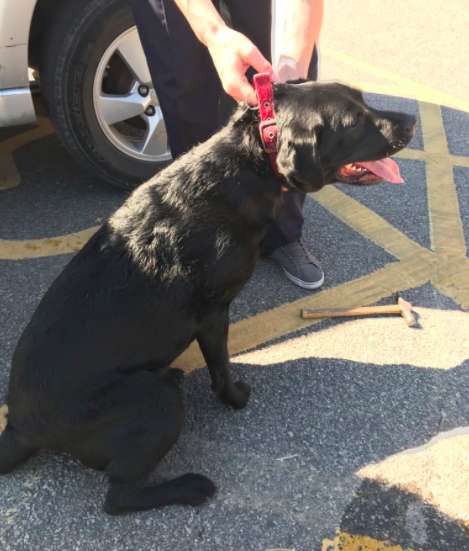 The negligent owner faces a fine, because people can not leave the unfortunate animals even for a couple of minutes in the car, as in a trap!