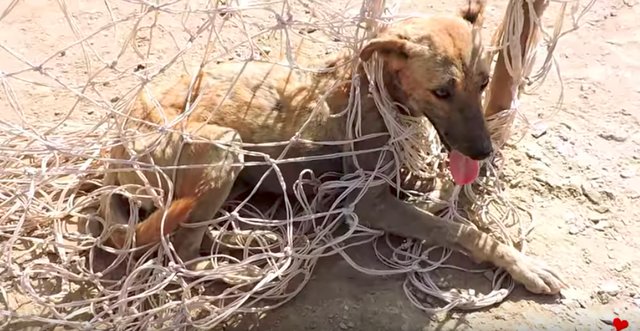 This story happened in India. People noticed that the dog was sitting in the football gate for several days and called rescuers. 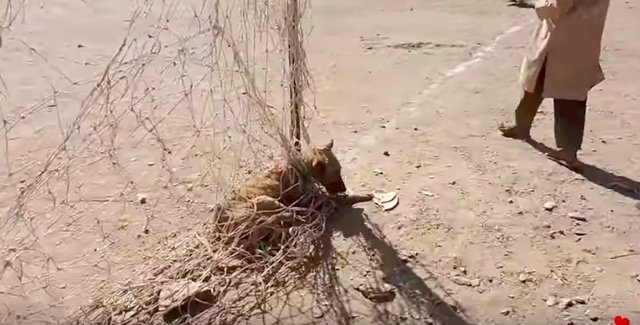 A group of volunteers from Animal Aid Unlimited arrived at the scene. They found a stray dog that probably just wanted to play, but got tangled in the football net. 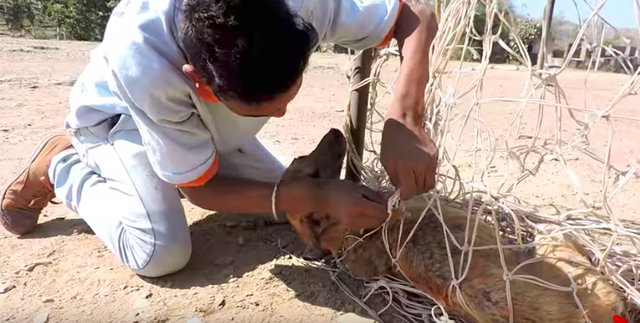 How long the dog sat without water and food under the scorching sun is unknown, but he was glad to the rescuers. The dog was released and taken to the center to make sure everything was ok. 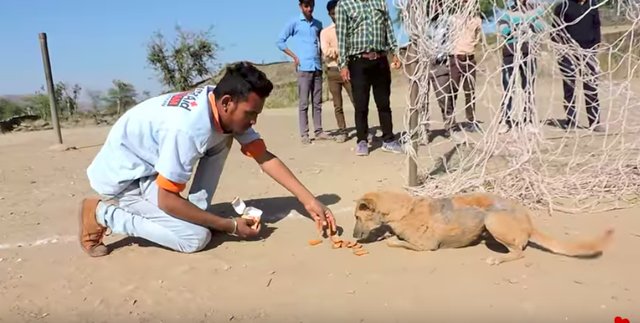 Indeed, no serious problems were found in the dog: dehydration and bacterial infections. When the wounds were washed, the dog felt much better. 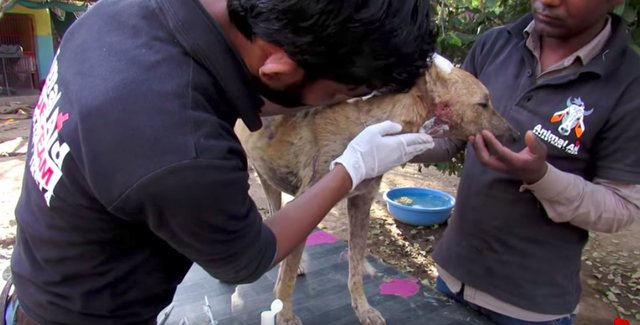 Now he is waiting for a new family in the shelter! 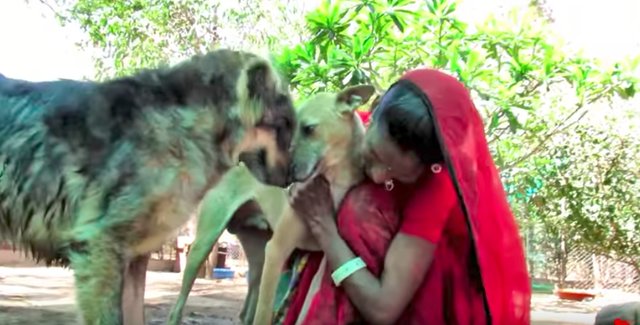 ANIMALS 0 671 views
A woman accidentally noticed this stray cat while walking down the street. When she