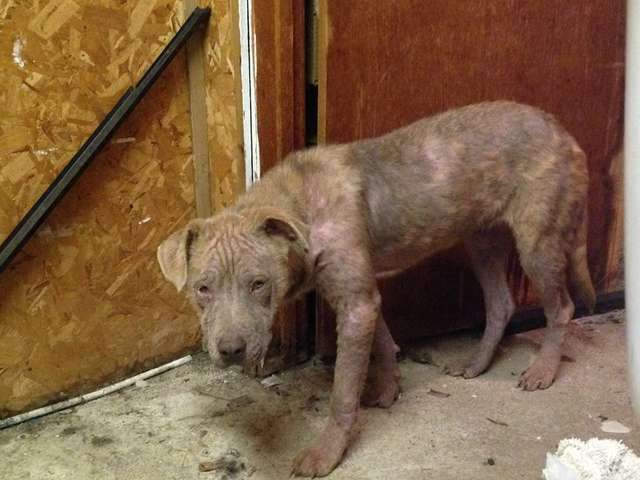 The woman did not think that the animal needed help but still decided to check if everything was fine because there was no one around. When she got closer, she realized that the dog was in a terrible condition: the skin was covered with scabies, the eyes did not open, obviously with an infection, there was practically no fur, and it was severely dehydrated.

Andrea and her husband already had three dogs in the house, but she knew for sure that she couldn’t leave this poor animal here 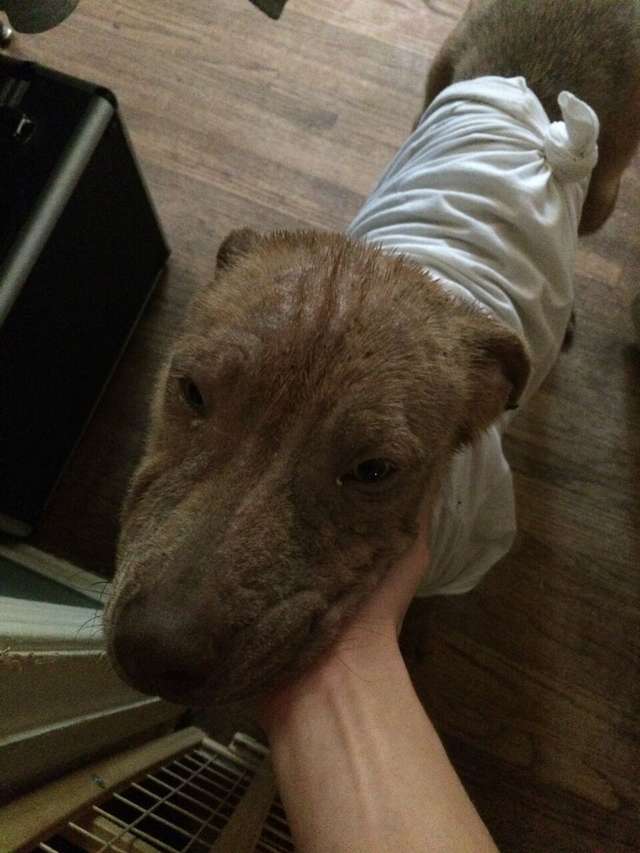 She could not get the dog to get into the car in any way, it was good that there was a man nearby who watched this picture of salvation, he helped put the dog in the salon. The dog was so scared that it was trembling all the time and huddled under the seat.

The vet found out that in addition to everything that Andrea noticed, the dog also has a full stomach of worms. The dog was named Sweet Pea, and it took it more than two weeks to recover. 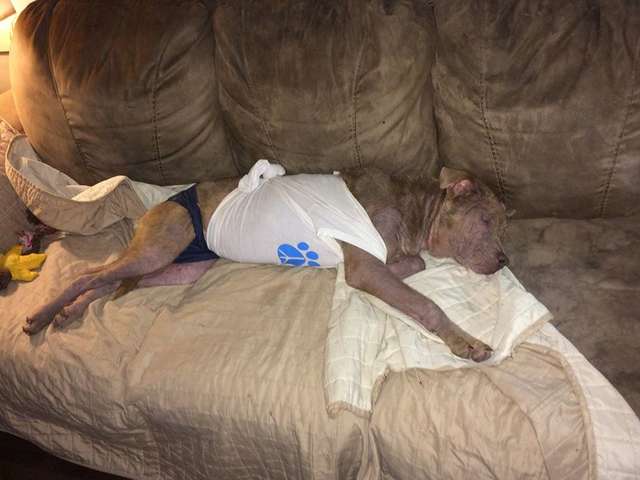 In order not to infect other dogs in the house, the couple decided to make a convenient place for the dog in the garage, but then they let it into the house, where the Pea felt much more comfortable.

The fur gradually began to grow back, turning the bald dog into a charming beauty 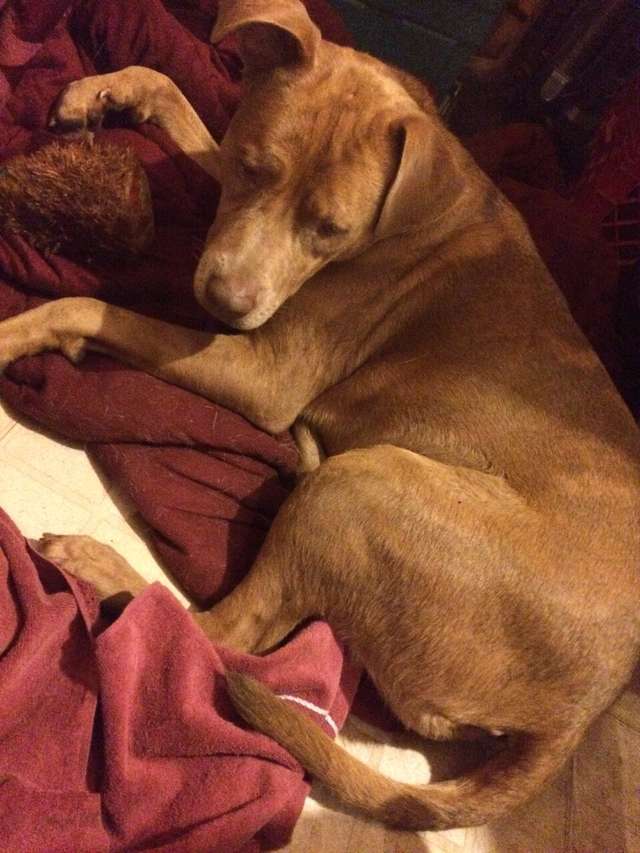 Pea began to behave like a spoiled dog, but it did not cause this discomfort. The couple understood that it had suffered before, so it deserves a good attitude! 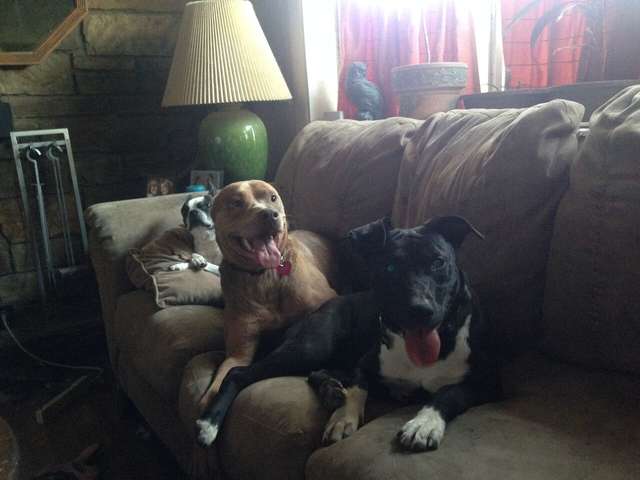 It has already made friends with other dogs in the house and loves its toys.