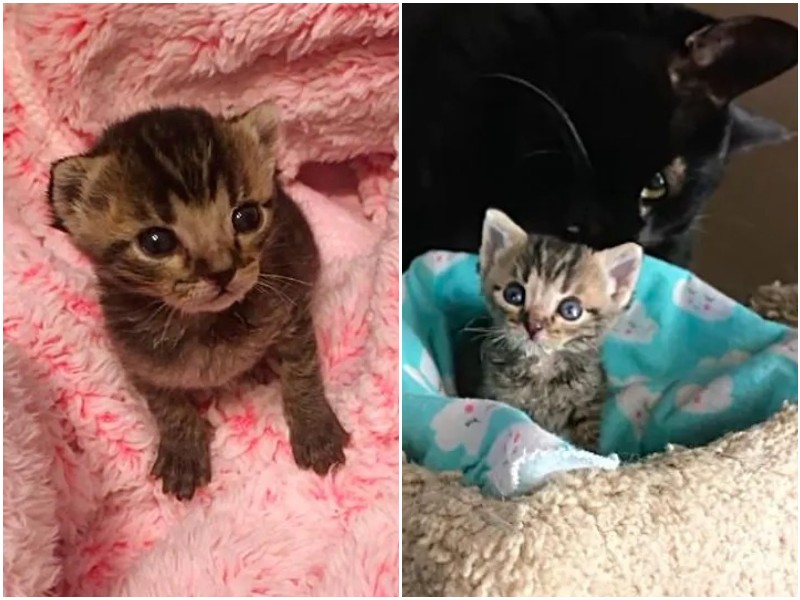 The kitten, who was the only survivor among all the siblings, was left alone to fend for itself. The mother cat refused to take care of it, and the baby was on the verge… But it was lucky to get into very kind hands.

This baby was found on the street in Las Vegas. A stray cat gave birth to it, and it turned out to be the only survivor among several kittens. The baby was weak and hungry, and its mother could not take care of it and refused the kitten. 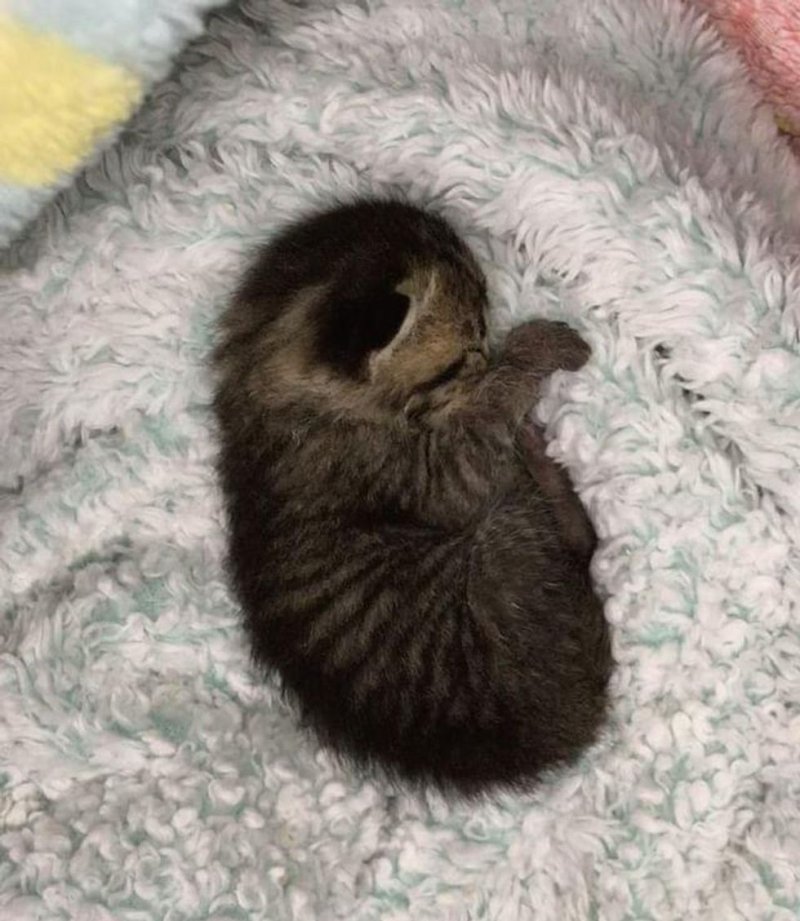 The baby was noticed very timely and handed over to the good hands of an animal rescue volunteer named Ellen. The kitten was in an extremely weak condition, and the woman immediately took it to her home, having done all the necessary procedures. She gave it medications and fed it by the hour from a tube so that it would recover as soon as possible. 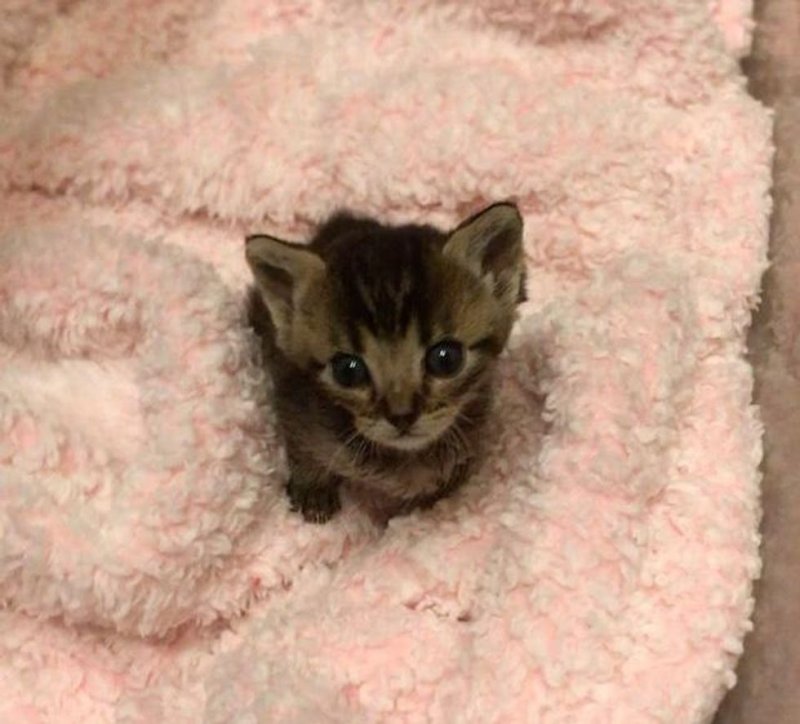 The woman gave the kitten the nickname Charlie and took care of him sensitively. In the first week, his condition was unstable, and the guardian was worried about him. She did everything possible to save a little life. By the third week, he finally gained some weight and cheered up. 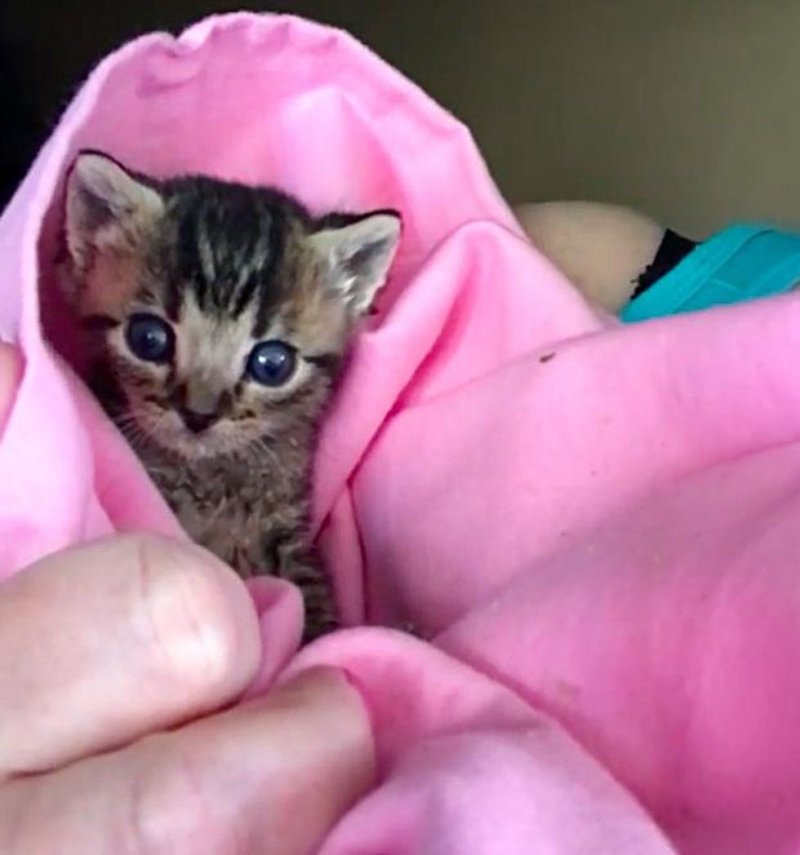 Charlie was still very small for his age, but that didn’t stop him. He felt better every day. A little later, the guardian introduced the baby to her pet cat, Kliki. She could not restrain her maternal instincts and immediately began to lick the kitten. 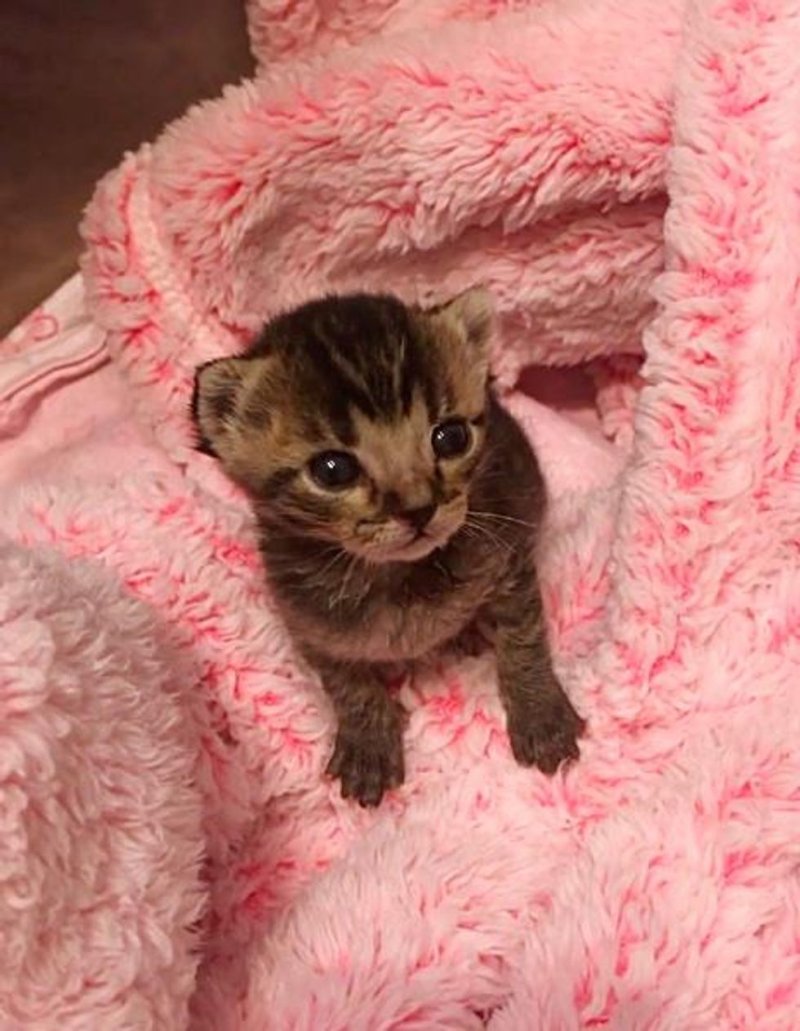 From that day on, the cat was constantly near Charlie – she washed him, guarded him, lay next to him, and watched him. Next to her, the kitten himself felt much more confident and recovered faster. Meanwhile, at the age of five weeks, Charlie learned how to use a tray, and play with toys – of course, not without the help of his new “mom”. 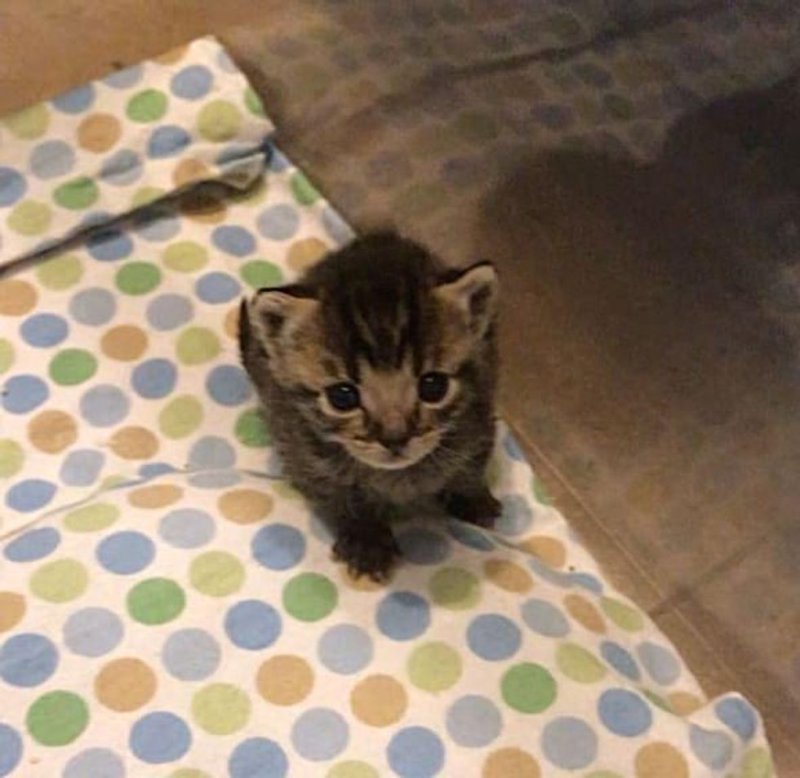 Now Charlie is surrounded by care and love and is growing up strong and curious. When he grows up, they will find permanent owners for him! 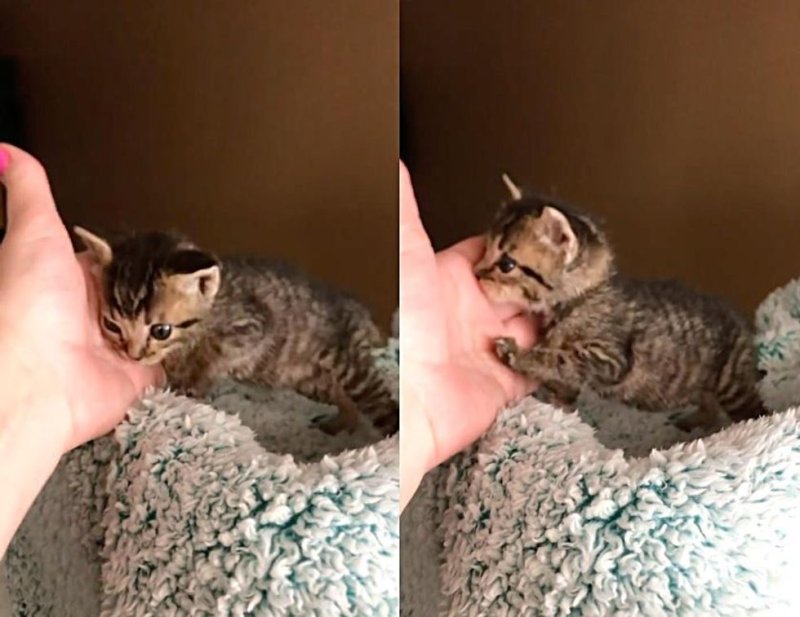 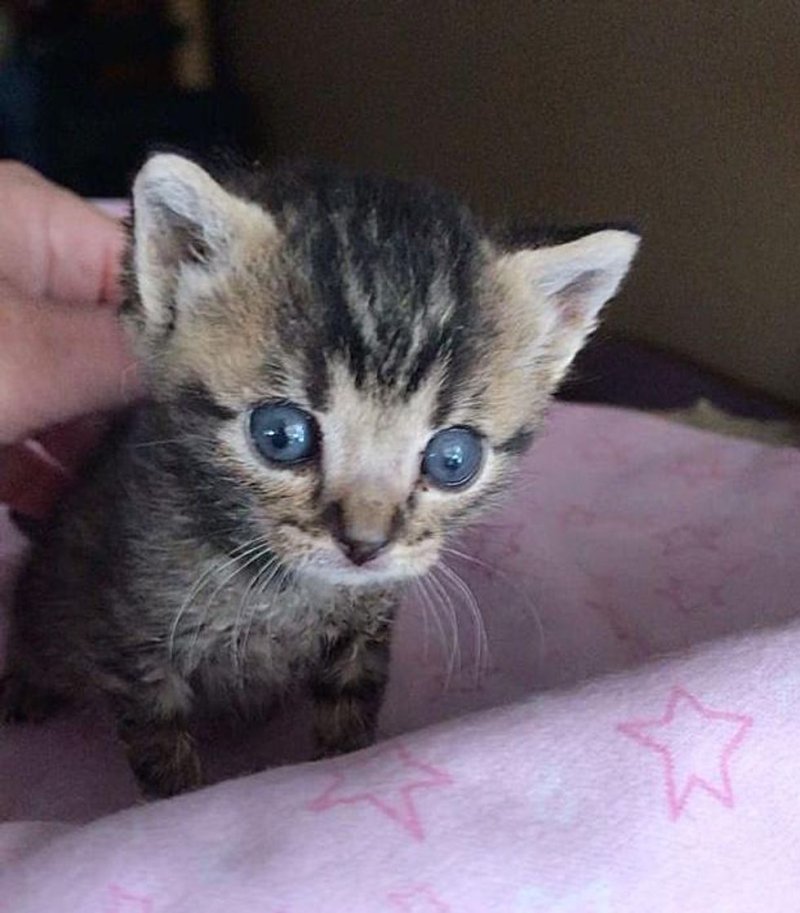 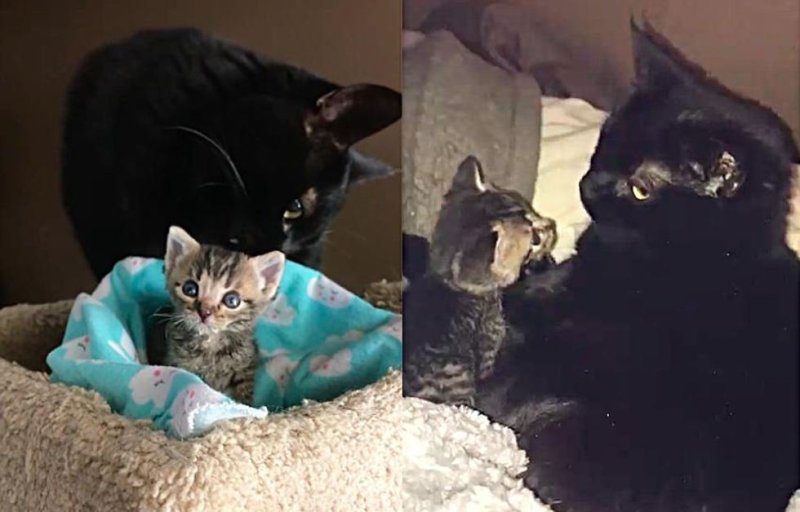 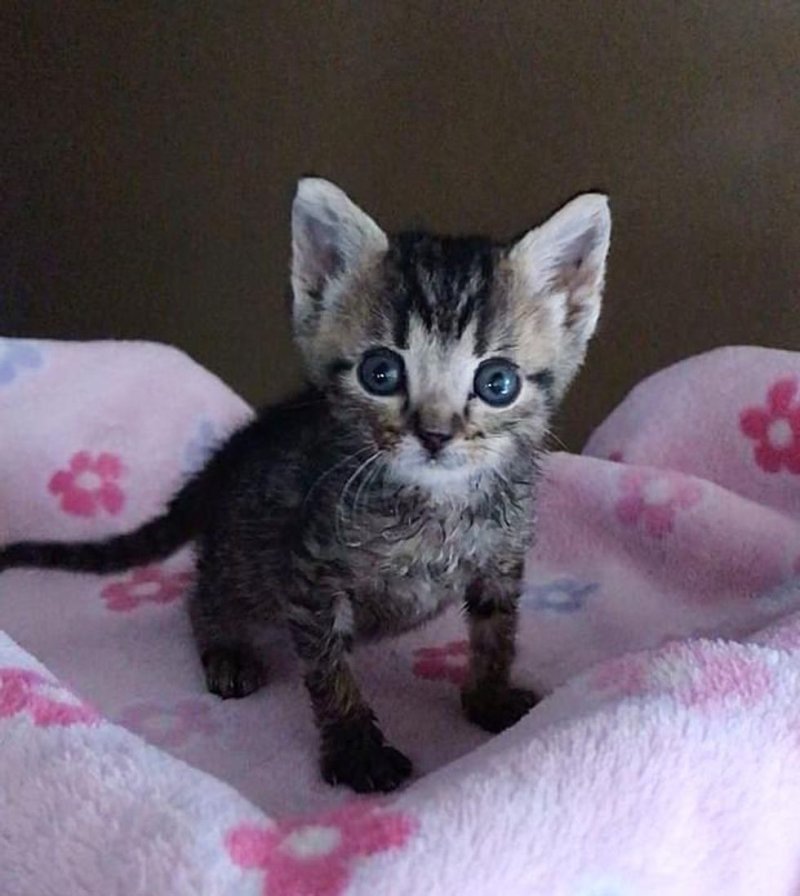