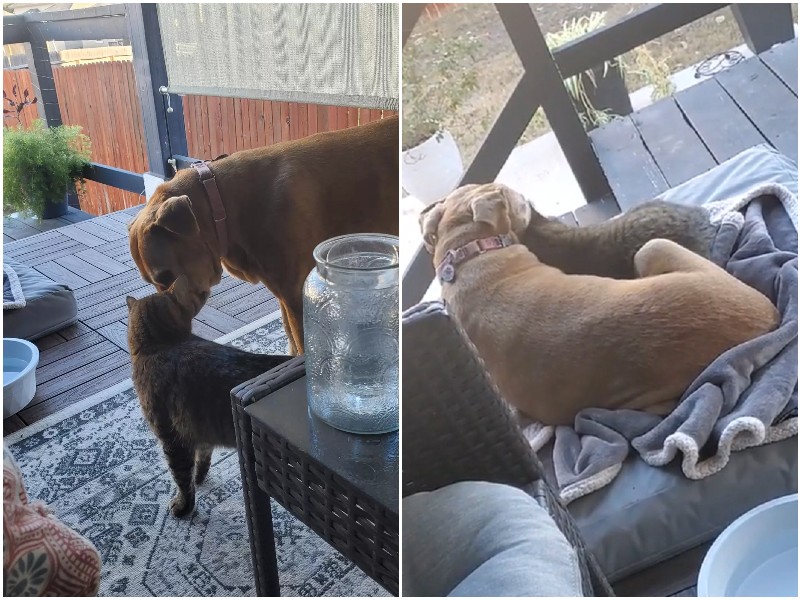 A stray cat began to come into the woman’s yard, looking for food. The woman began to feed her, and her elderly dog also became interested in the new guest.

A 14-year-old dog named Cheeky lives in the USA. An elderly dog gets along well with cats, which her owner brings from shelters for temporary care. But recently she met a stray cat who started coming into the yard of the house… 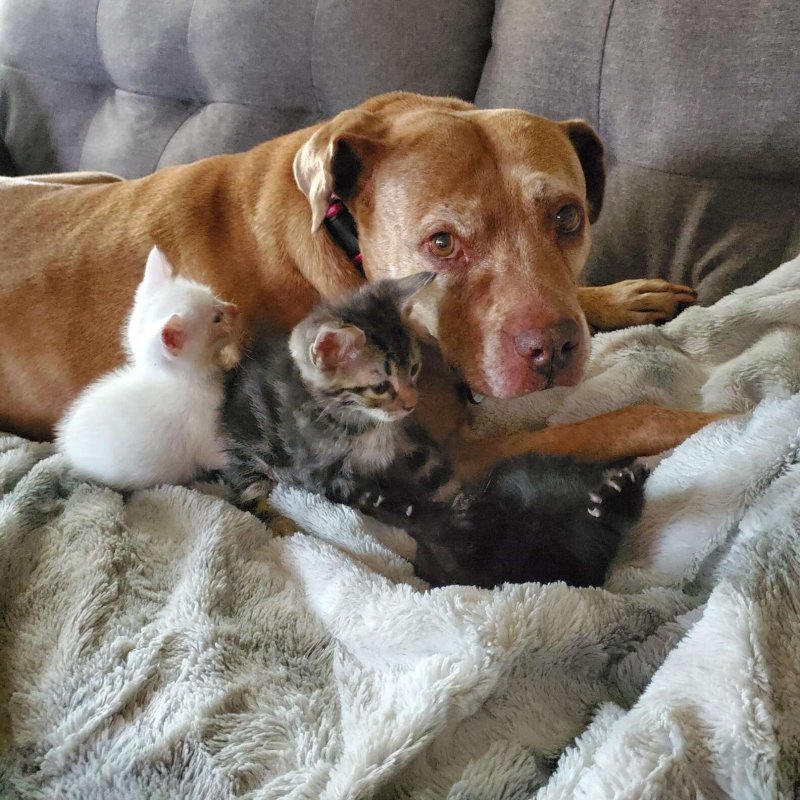 This kitty started coming into the family yard, and there is food that the owner of the dog leaves for homeless animals. The first meeting of a cat and a dog failed. The dog ran up to the cat to greet her — but the animal got scared and scratched the dog’s nose. But the owner knew that the cat was just scared. 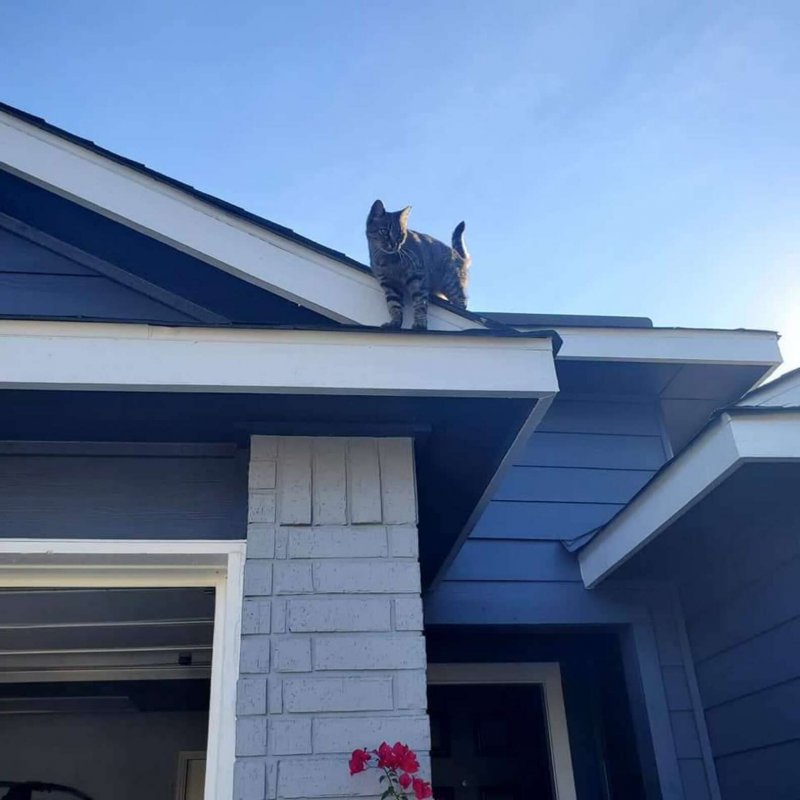 The owner of the dog, Liz, slowly began to introduce her dog and the fluffy guest. Soon they became friends, and the cat began to come to the yard with joy, and also received the nickname Sushi. 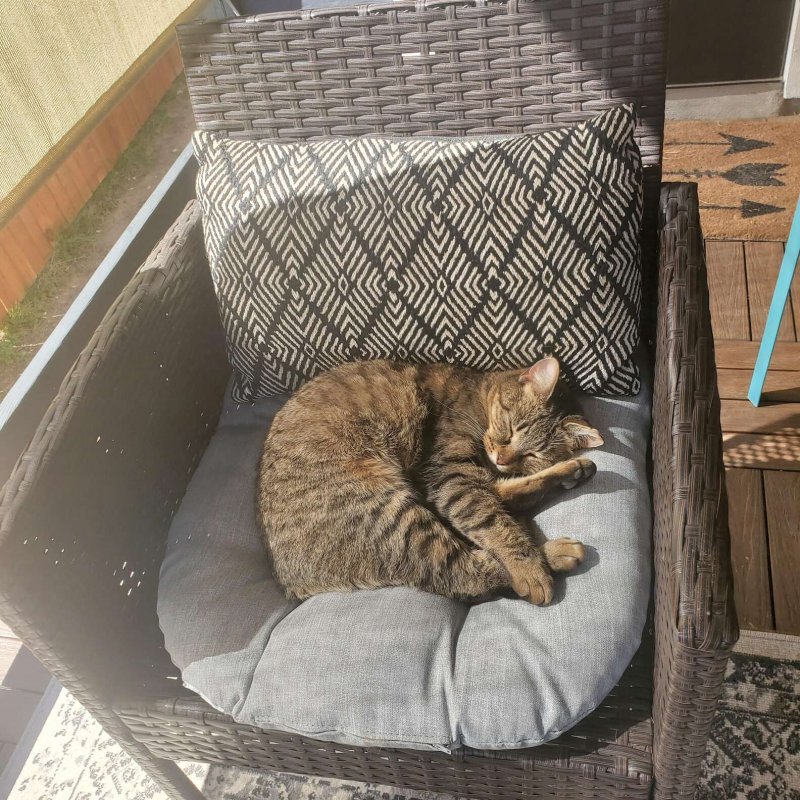 One day Liz looked out into the yard to check on her dog and found the cutest picture. The dog and her new furry friend were lying together on the couch and hugging. What a sweetness! 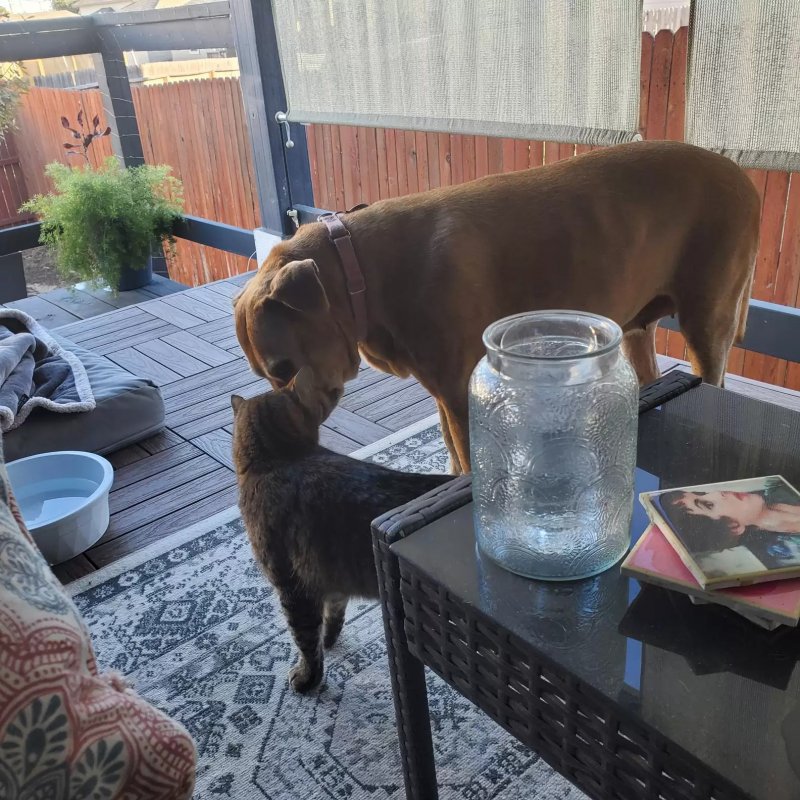 Then Liz put a box with a soft litter on the street, where the cat has been coming since. Now, even when she sleeps in a box, the dog lies next to her and sensitively «guards» her friend. 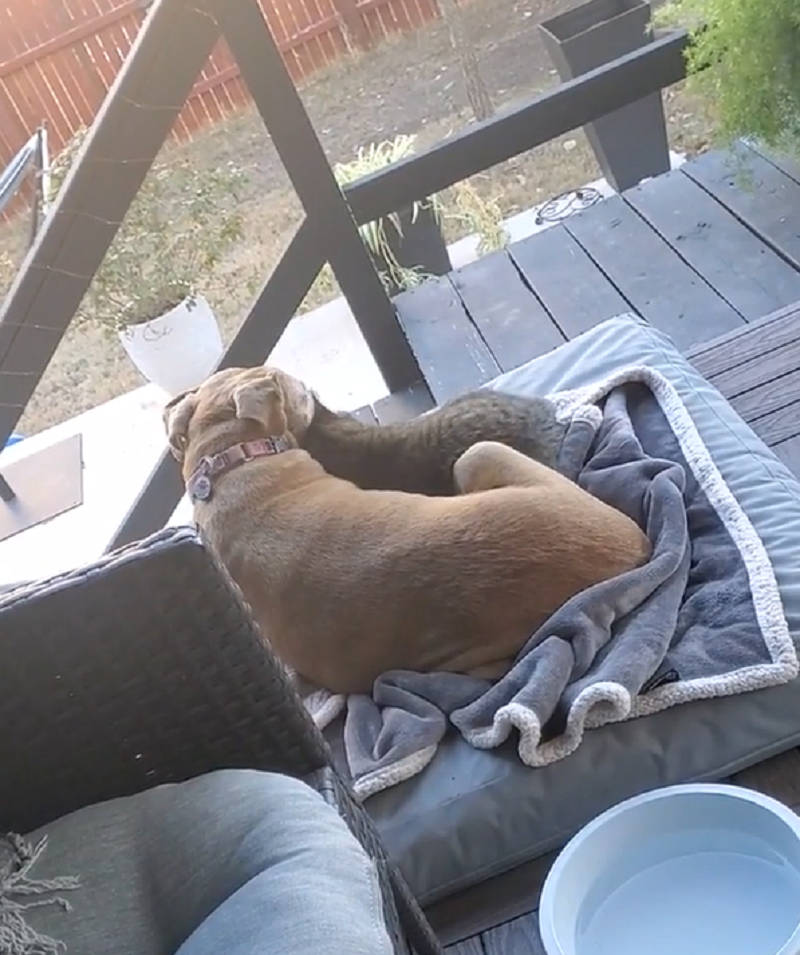 The owner of the dog has already determined that the kitty has been sterilized — as indicated by the clip on her ear. Soon Liz is going to give the cat the necessary vaccinations and take it to the vet for examination. Perhaps after that, they will find a loving home for Sushi! 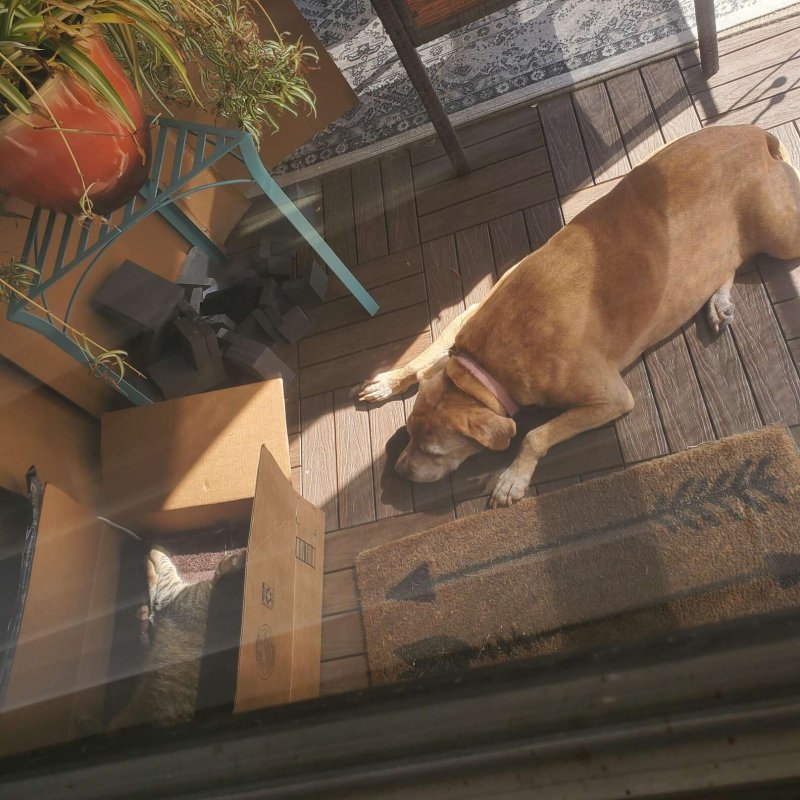