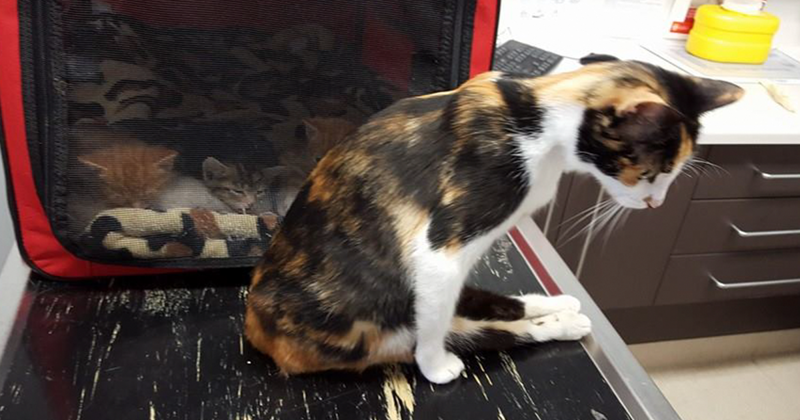 This mom cat was recently brutally attacked when it accidentally wandered into an unfamiliar yard in Australia. A man living on the property allegedly grabbed a cat by the tail and hit it against a trailer. A group of animal rights activists thought that the cat was dead, so they picked up only its kittens at the age of 1 month. However, the next day an incredible thing happened: the cat crawled, using only its front paws, straight to its children! 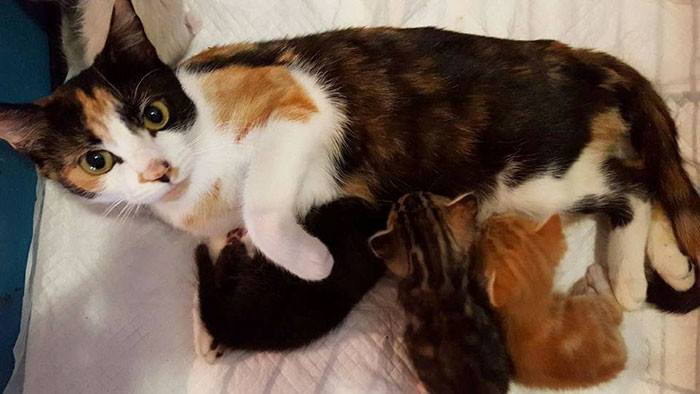 According to reports of a woman who previously knew this stray cat, she fed it and its kittens, but her neighbor tried to kill the mother cat

«I was told that the cat was just taken by the tail and hit against the van,» she says 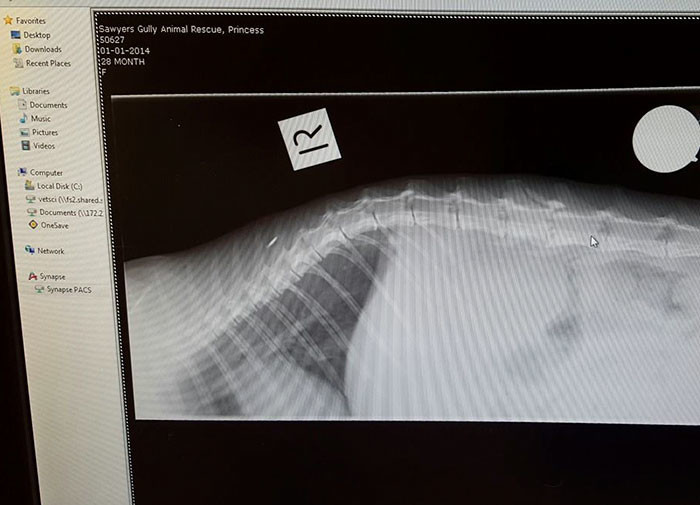 However, the next day an incredible thing happened: the cat came to where it left the kittens!

By that time, its children had already been taken away by a detachment of animal rights activists 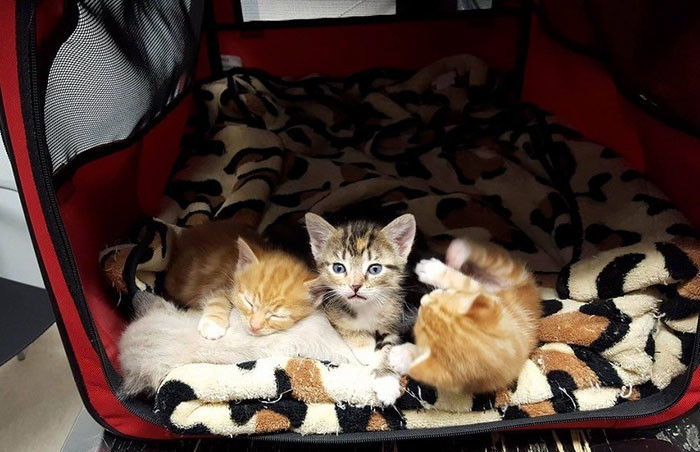 As soon as it became known that the cat was alive, it was reunited with the kittens 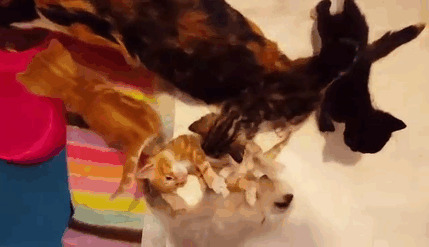 «The princess (that’s the cat’s name now) is a fighter, and she teaches me never to give up,» says her rescuer Dee Walton. — «I believe that for the sake of her kittens she wants to live!» 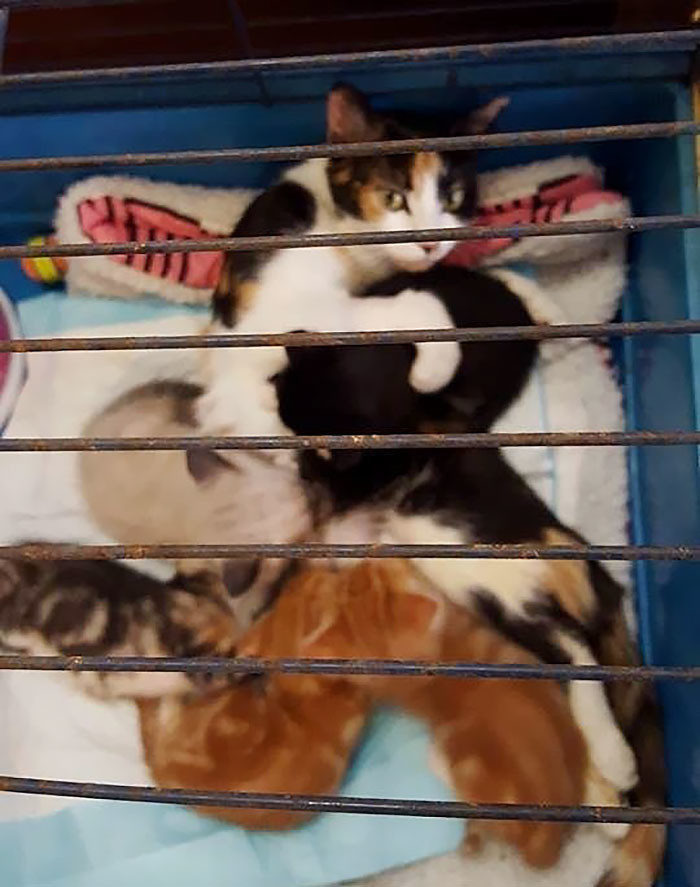 ANIMALS 0 28 views
Rocket was discovered in Miami’s streets. With little hope, the 12-year-old canine was sent

ANIMALS 0 28 views
Socialization is complicated for cats that come from the street. The volunteers do their