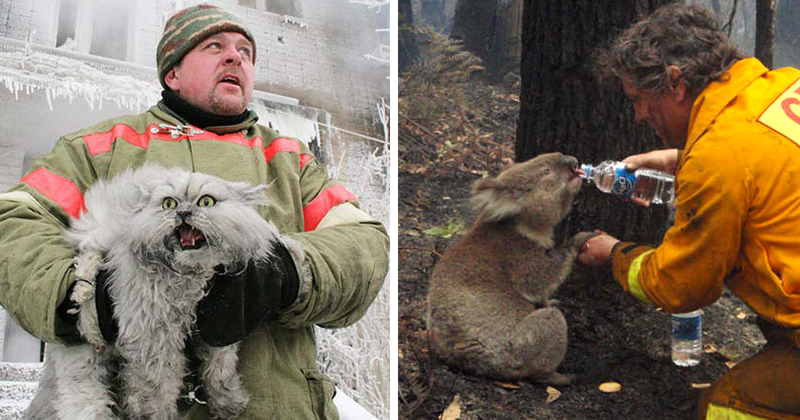 Firefighter’s Day is celebrated annually on May 4. On this day, they remember all the brave men who died in the fulfillment of their duty and during the protection of our well-being. In addition, this is a day of support and approval for all those who continue to fight for fire safety. In honor of this holiday, take a look at the firefighters rescuing animals who could not have escaped from the flames on their own! 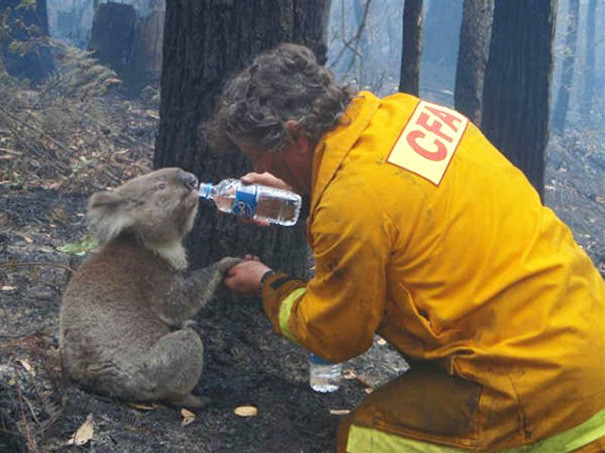 2. A firefighter in Denmark rescues a cat from a burning house 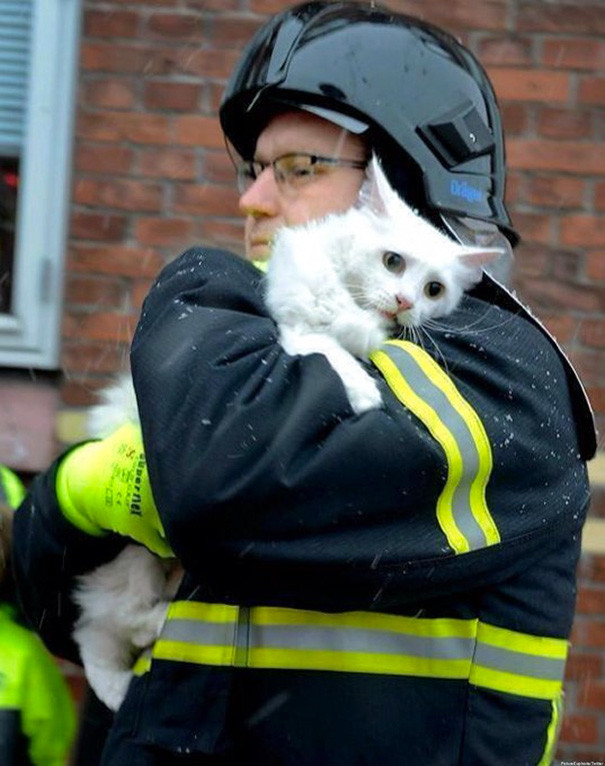 3. The owl, who lost its parents, is saved 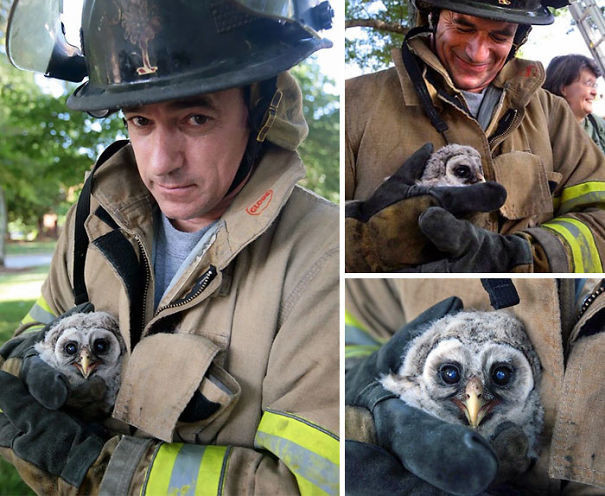 4. A firefighter rescues a cat 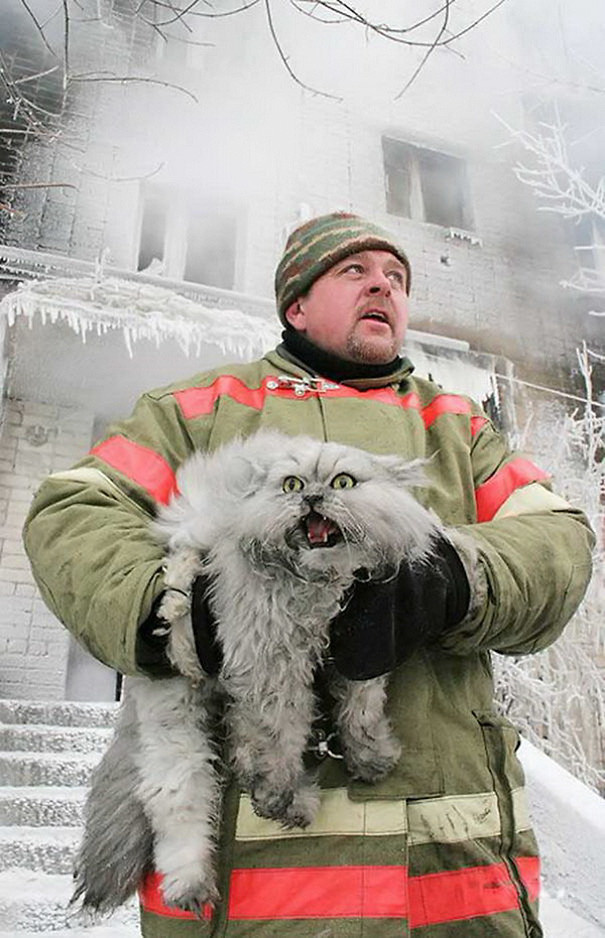 5. The cat climbs onto the shoulder of the firefighter who saved it 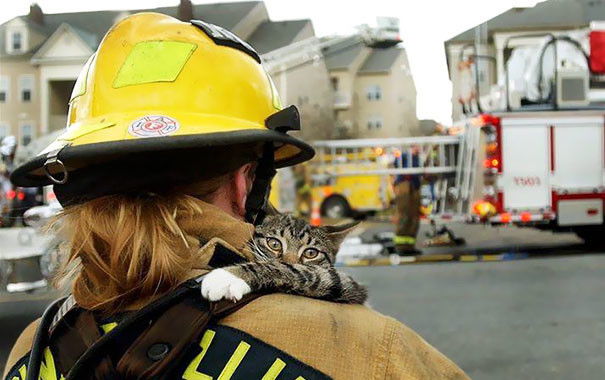 6. A dog rescued from a fire looks out of an oxygen mask to lick the cheek of paramedic Mark Monaghan 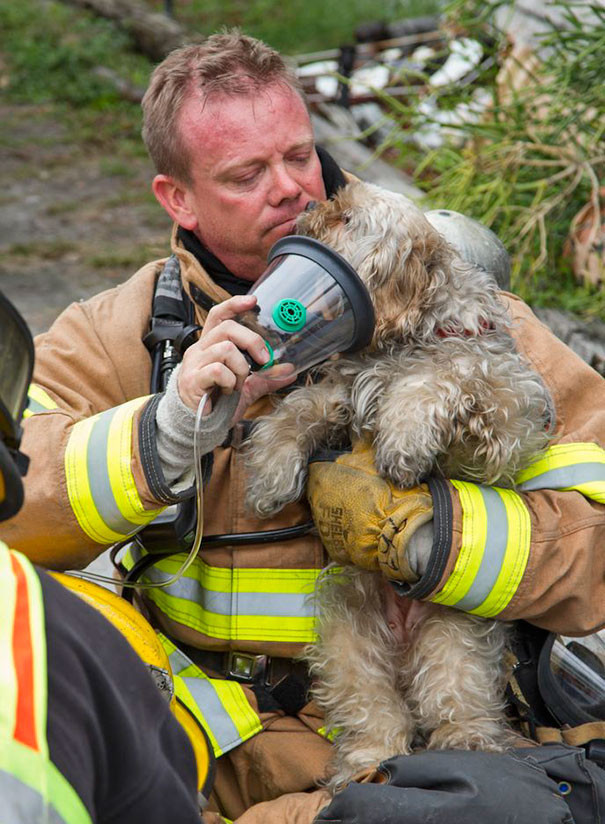 7. A firefighter hugs a dog after a car accident 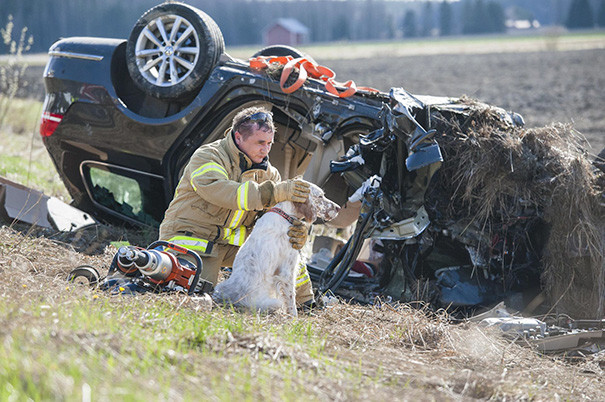 8. A rescued little hamster gets oxygen through a mask

9. Firefighter Ray Spellmeyer carries a poodle named Joseph out of a burning building 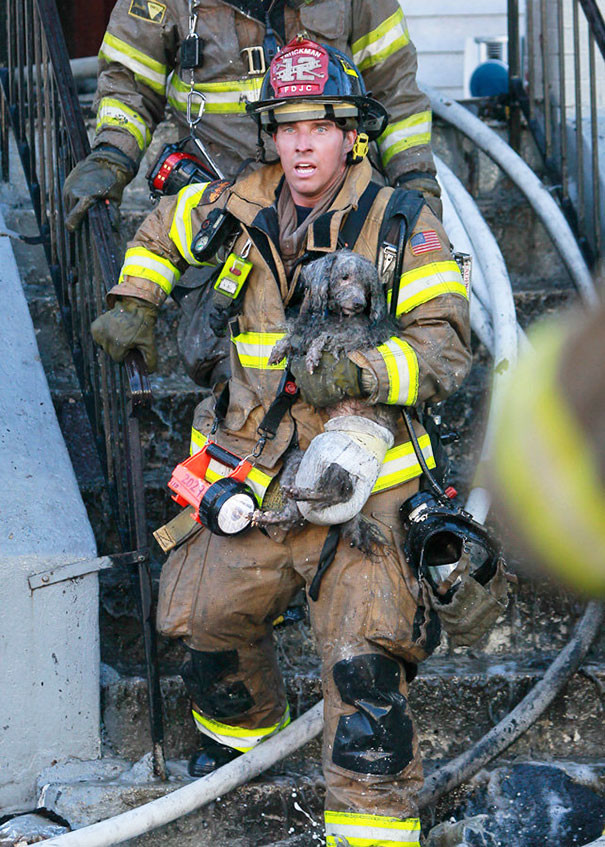 10. A firefighter rescues a cat 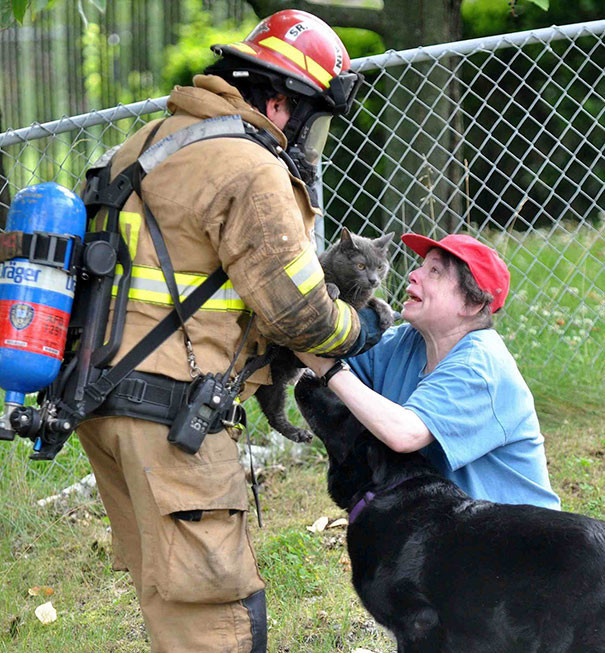 11. A blind dog is pulled out of Lake Ontario 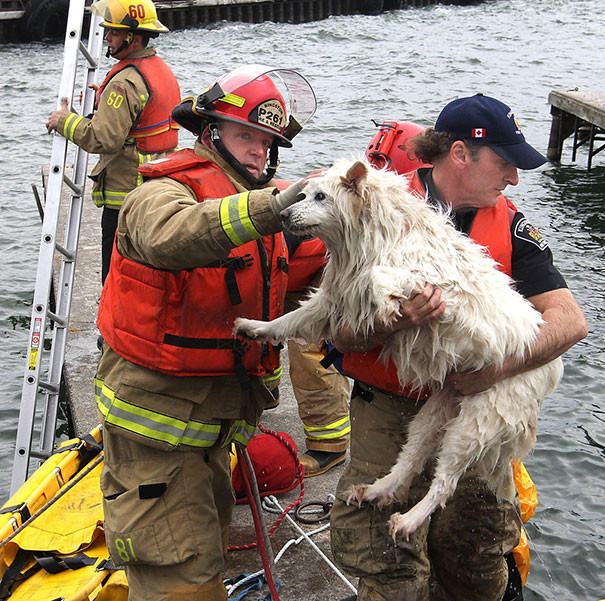 12. A firefighter saved a little kitten 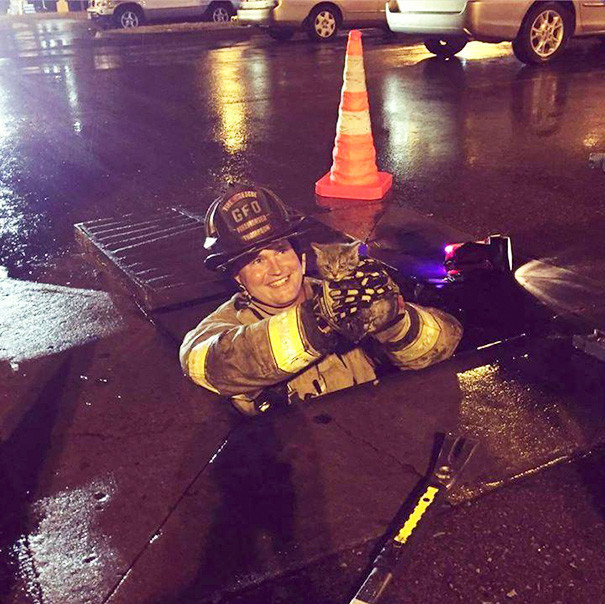 13. The loving look of a cat brought back to life 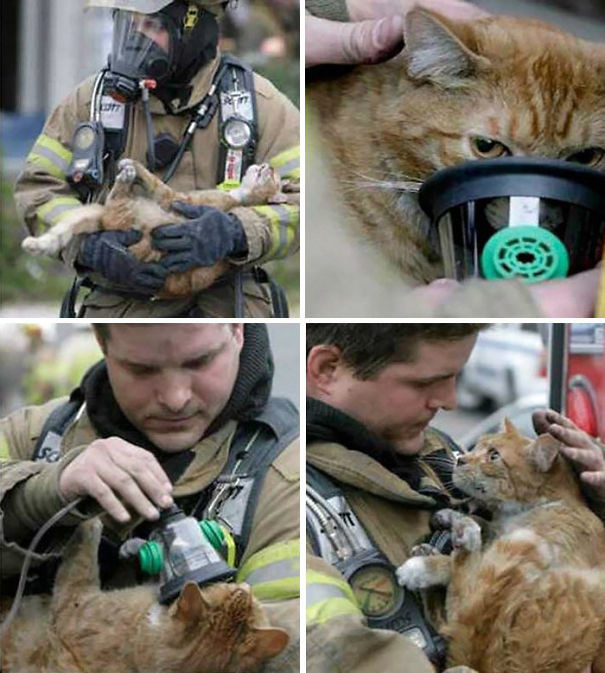 14. Rescue of a cat who was pulled out from under the bed when he was barely breathing 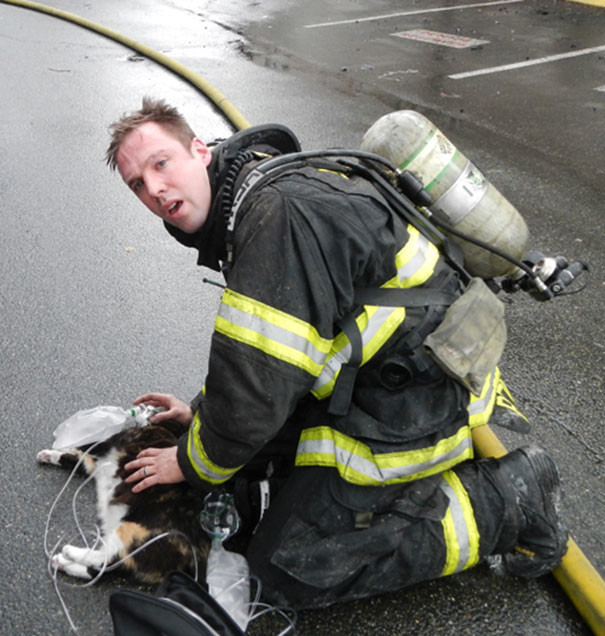 15. Guinea pig is saved from death 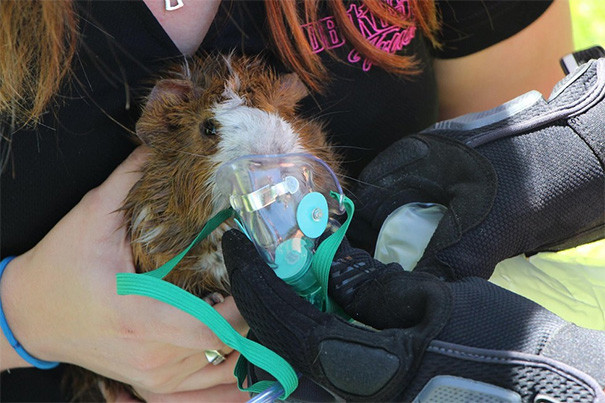 16. It seems that the cat is not very surprised by everything that is happening 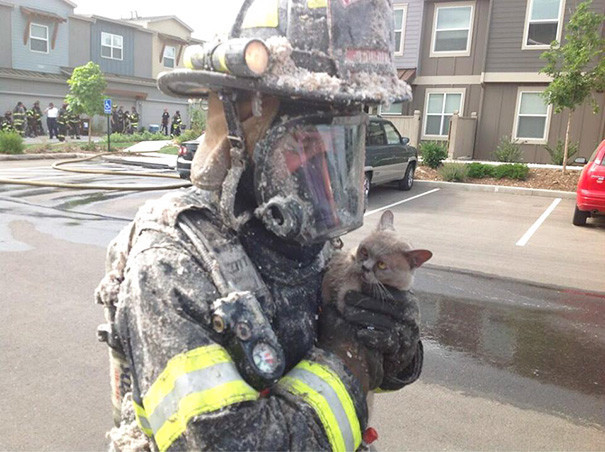 17. Fire Captain John Leahy examines one of the two cats rescued from a fire in a duplex 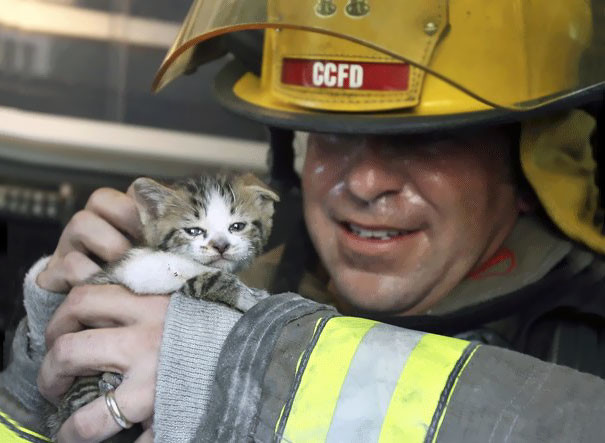 18. The dog is resuscitated with mouth-to-nose artificial respiration 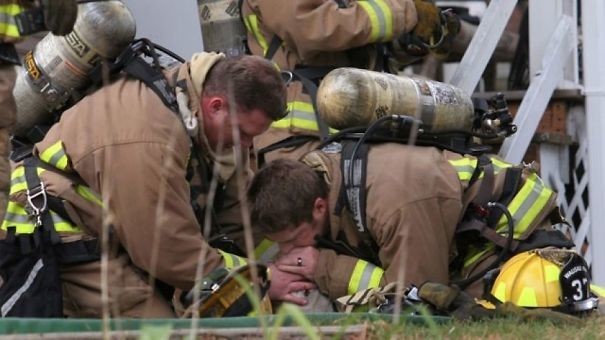 19. A firefighter with a dog he rescued from a burning house in Connecticut 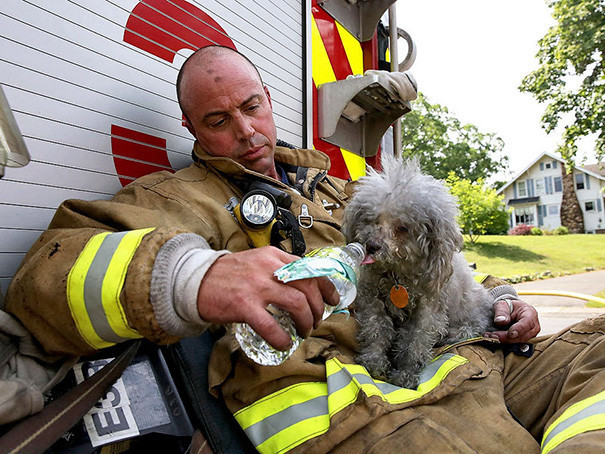 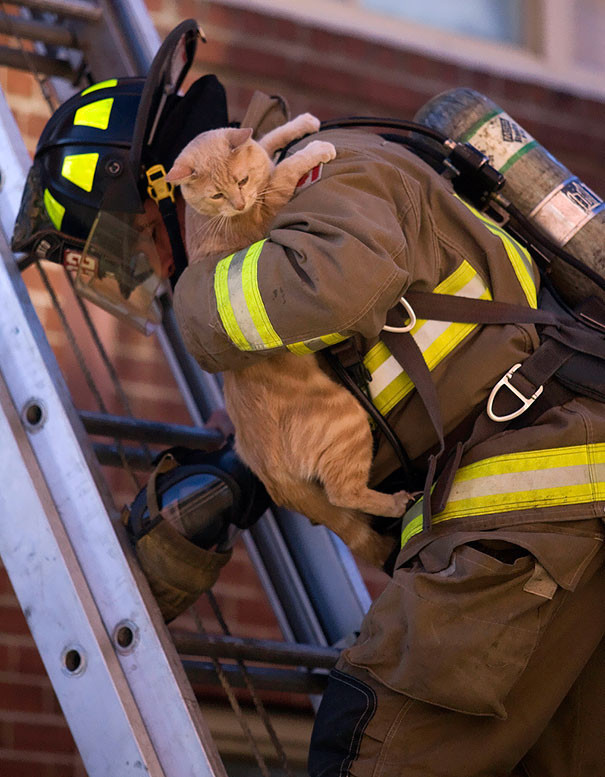 LIFE STORIES 0 81 views
After so many years spent with a family, Netty surely did not expect them
Добавить комментарий Отменить ответ