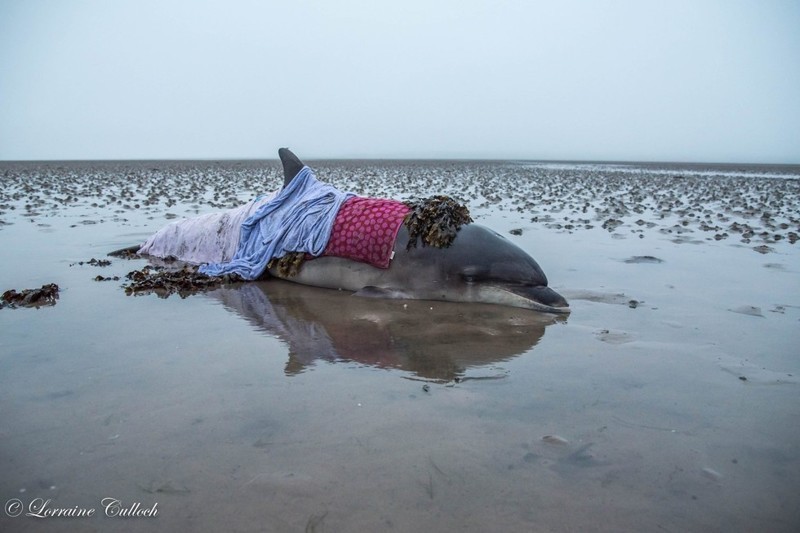 After admiring the killer whales off the coast of Aberdeen, Scotland, lovers Lorraine Calloch and Mike Roberts went home, but the navigator laid the wrong route. Driving past the shallow coast, the woman noticed a dolphin.

Lorraine and Mike went straight to the dolphin

The woman determined that it was a female dolphin 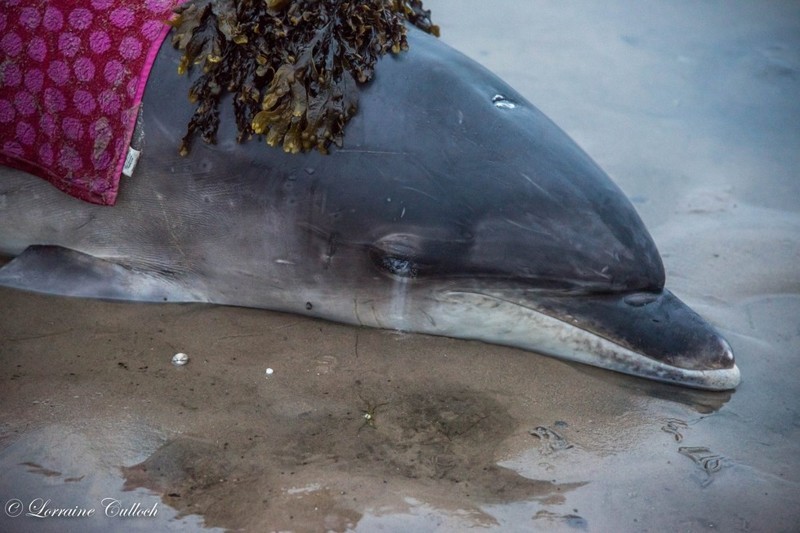 The animal was immediately covered with wet towels

The couple quickly called the police, rescuers, and specialists from the Scottish Society for the Prevention of Cruelty to Animals to help 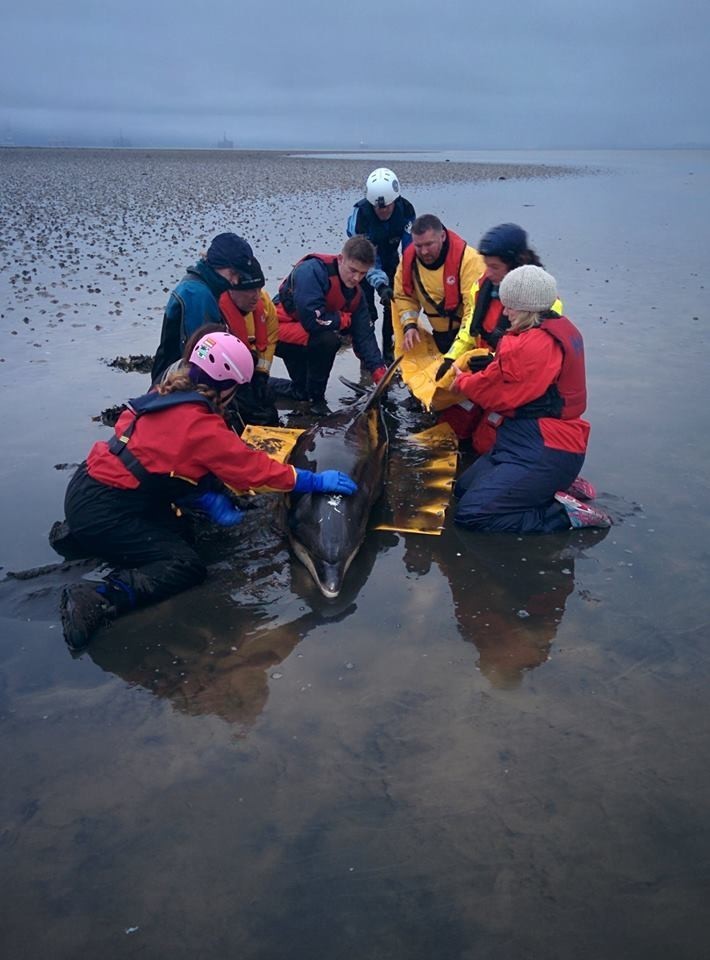 But despite all the efficiency of the group, rescuers had to wait another half a day for the flood tide to return the female dolphin to the sea.

Rescuers were with the animal for 10 hours 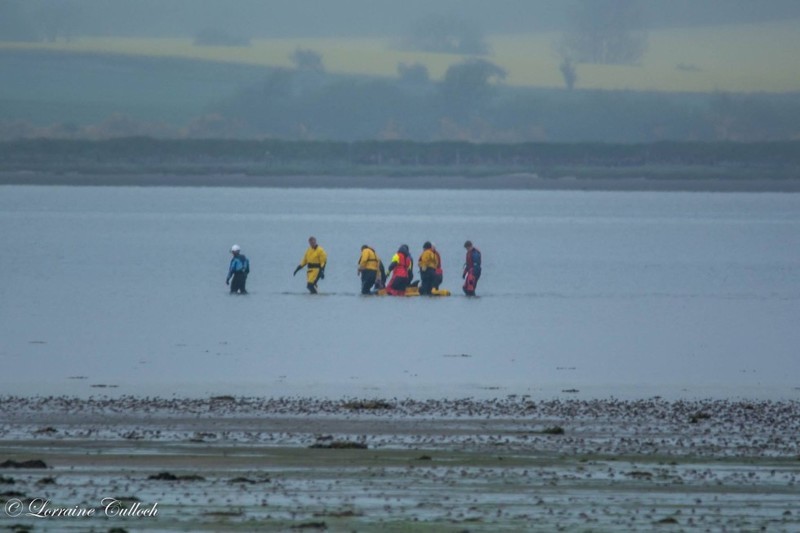 In the predawn hours, the flood tide began, and the animal was able to return to deep waters.

The dolphin quickly regained her strength, and she swam away from her rescuers 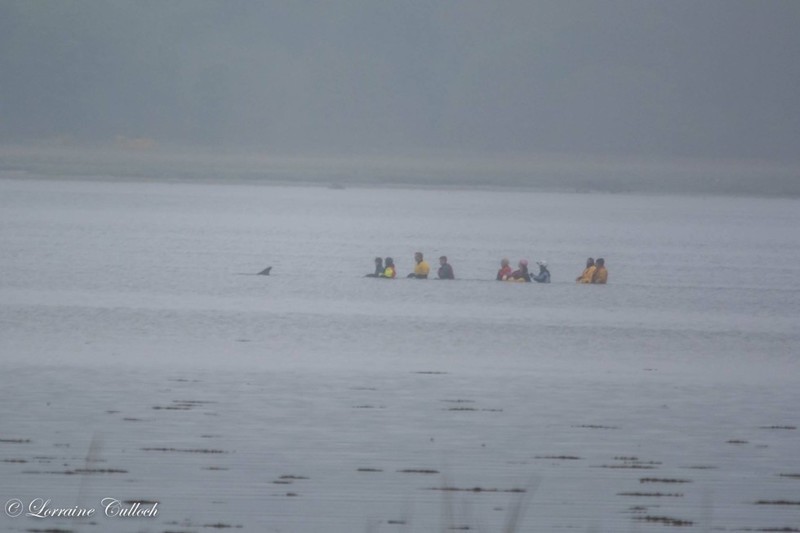 Of course, Lorraine did not expect to stay on the coast for so long, but she is still glad that the navigator’s mistake allowed her to save the life of the unfortunate animal.
0 201 views
Понравилась статья? Поделиться с друзьями: