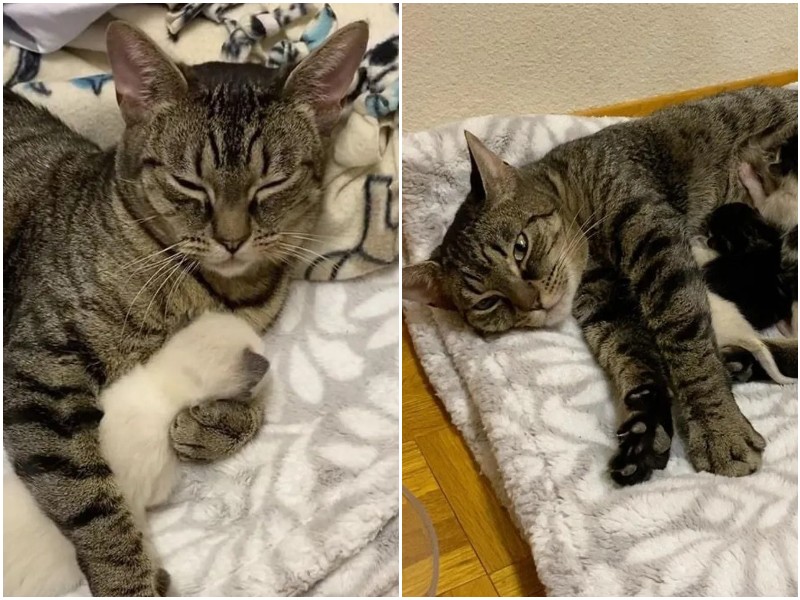 People noticed this homeless pregnant cat on the street in a sad state. She could barely move, and passers-by worried about the future mom.

A pregnant cat was spotted on the street in Oregon, USA. Kind people decided to help her and brought her to the Oregon Friends shelter. Unfortunately, the cat was in a sad state and barely moved. She was immediately transferred to intensive care. 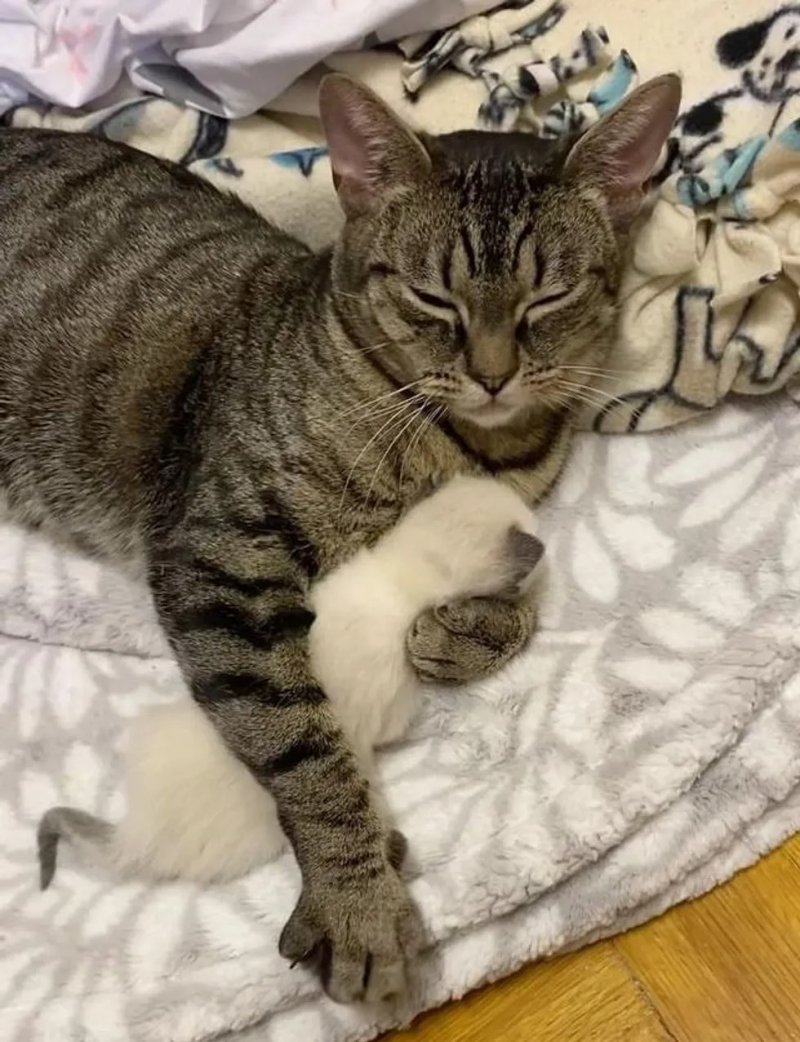 Veterinarians have determined that the cat has a congenital virus. Fortunately, the doctors managed to restore the condition of the expectant mother, and after a couple of days, she returned to normal. Almost immediately after that, she gave birth to babies. 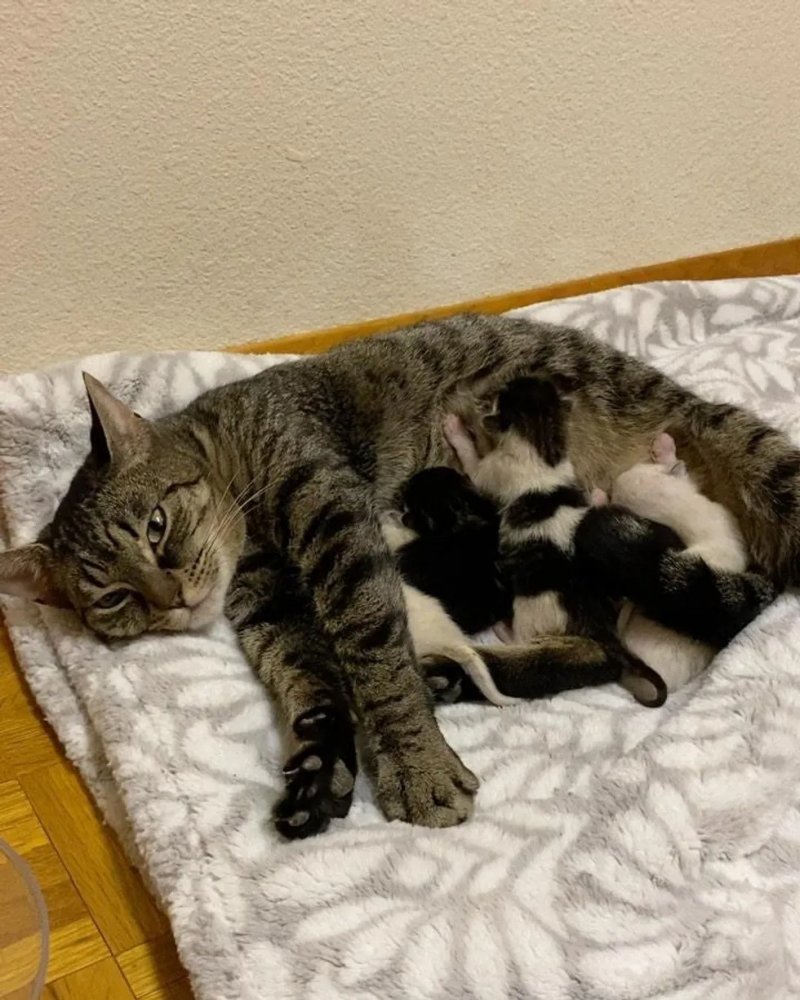 Some kittens also had an ailment that was transmitted from their mother. Despite the fact that the mother cat herself was still not healthy enough, she took care of newborn babies — after all, they were the most important thing for her. 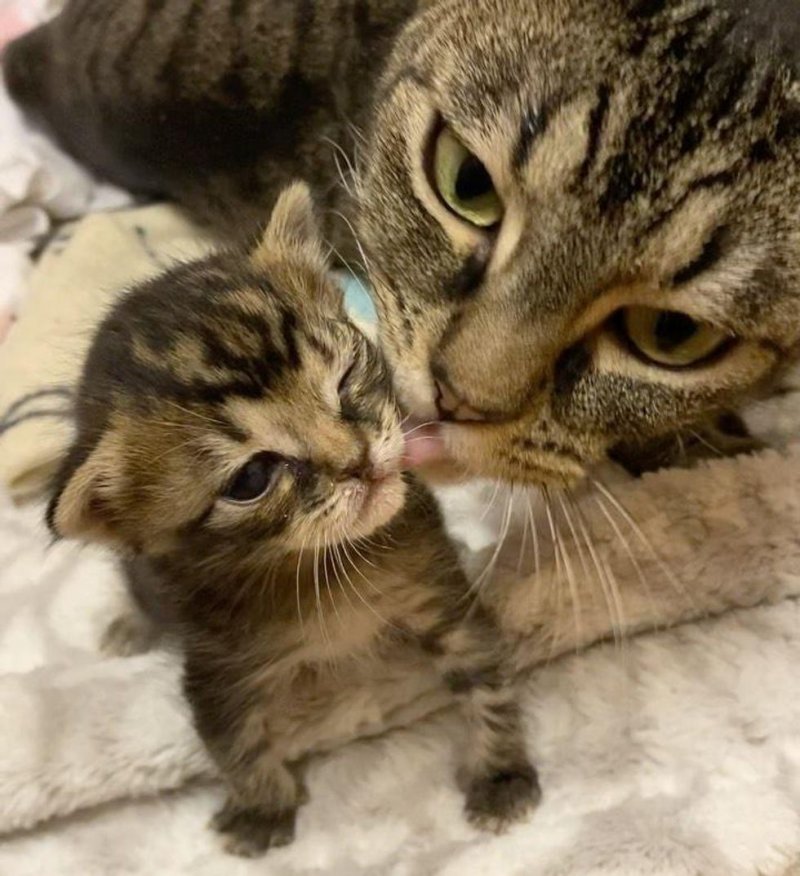 The cat got the nickname Mocha, and still did not leave her babies. The volunteers took care of the babies in all ways to preserve their health — they were given supportive therapy, fed from a tube with special nutritional mixtures. But unfortunately, they could not save all the kittens — only two survived. 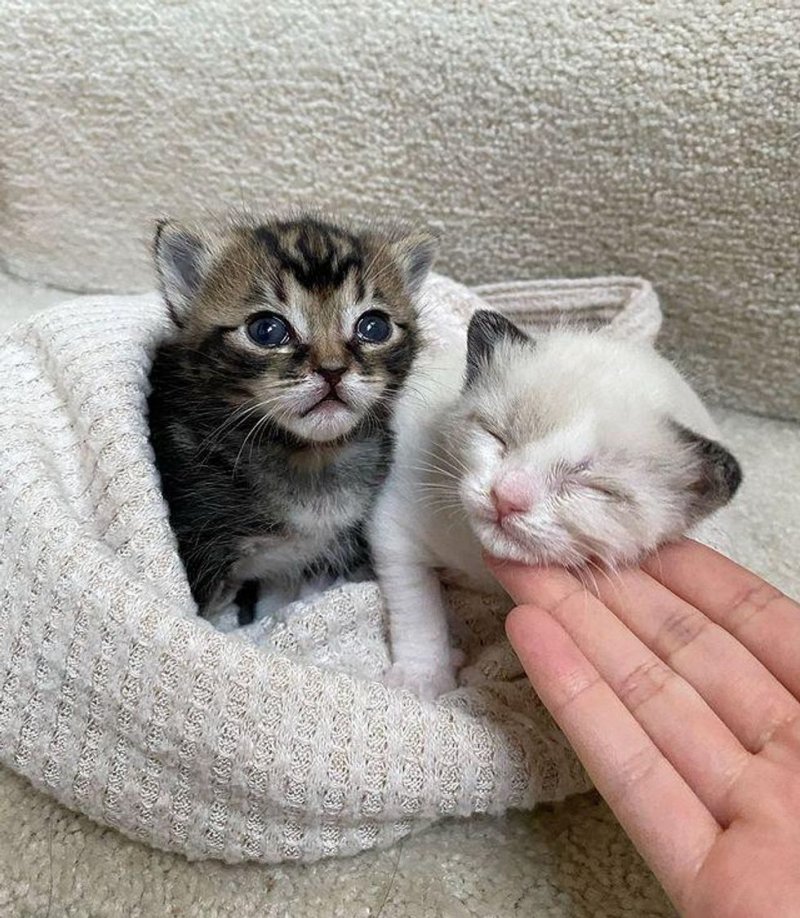 Mommy warmed the two kittens with all her love. She spent all the time next to them, constantly licking, and feeding as scheduled. Now the kittens are already growing up active and curious, starting to walk and explore everything around. 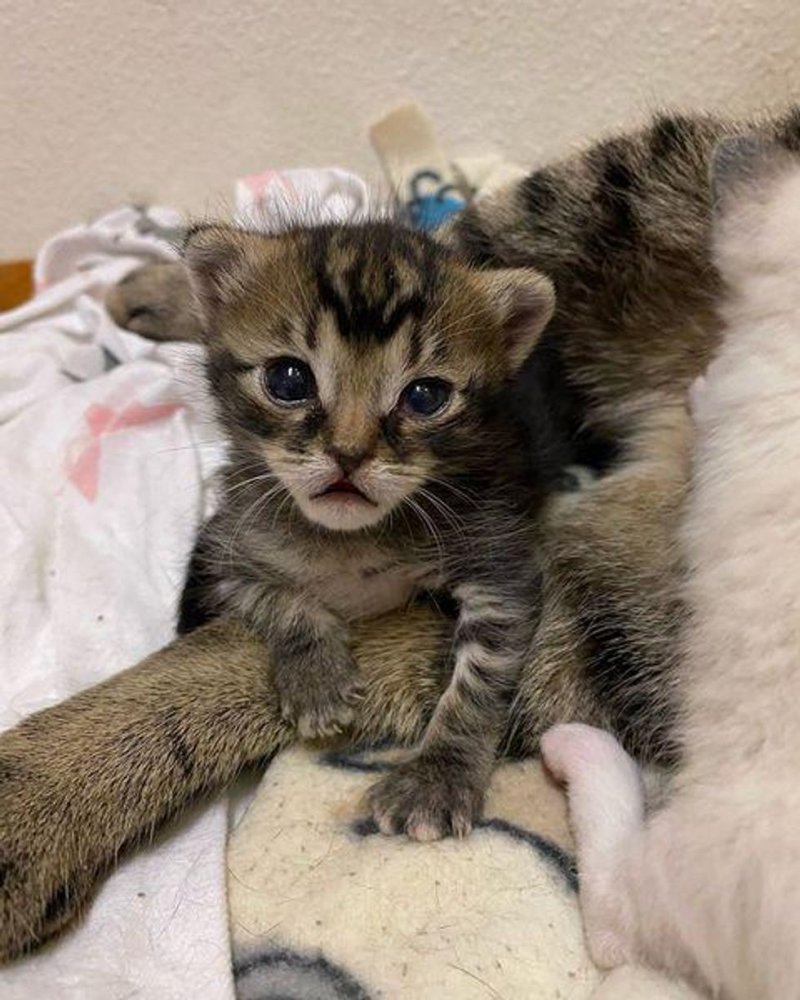 When the kittens grow up enough, the volunteers will find permanent owners for them and the mother cat. Thanks for saving the cat family! 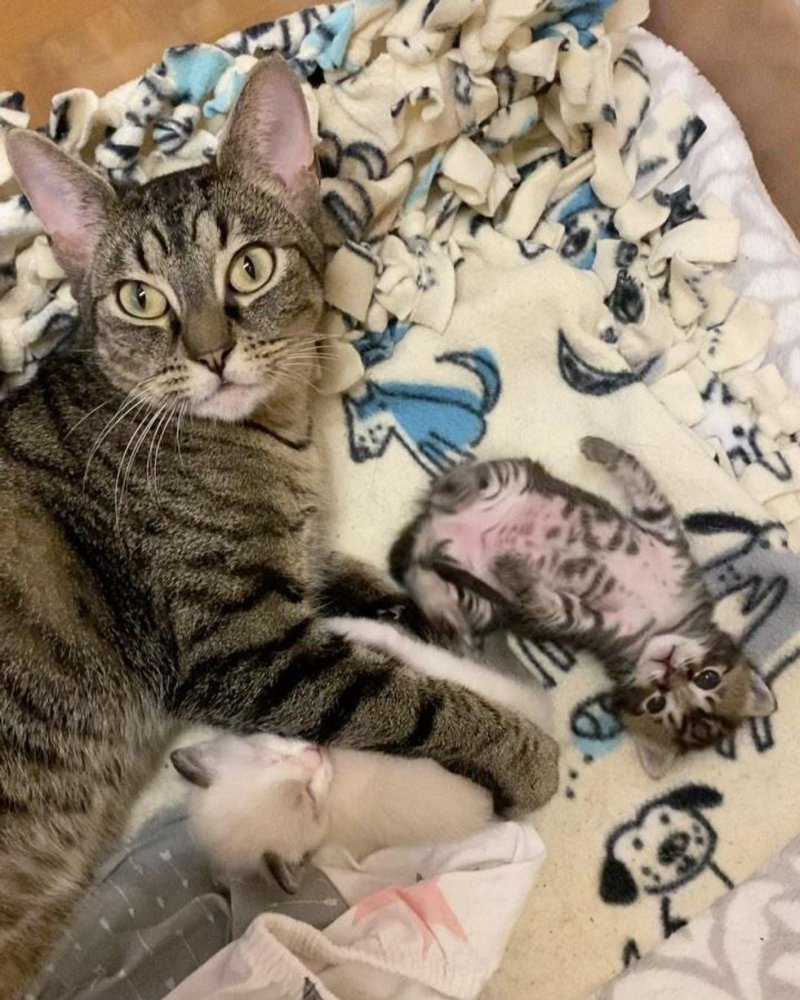 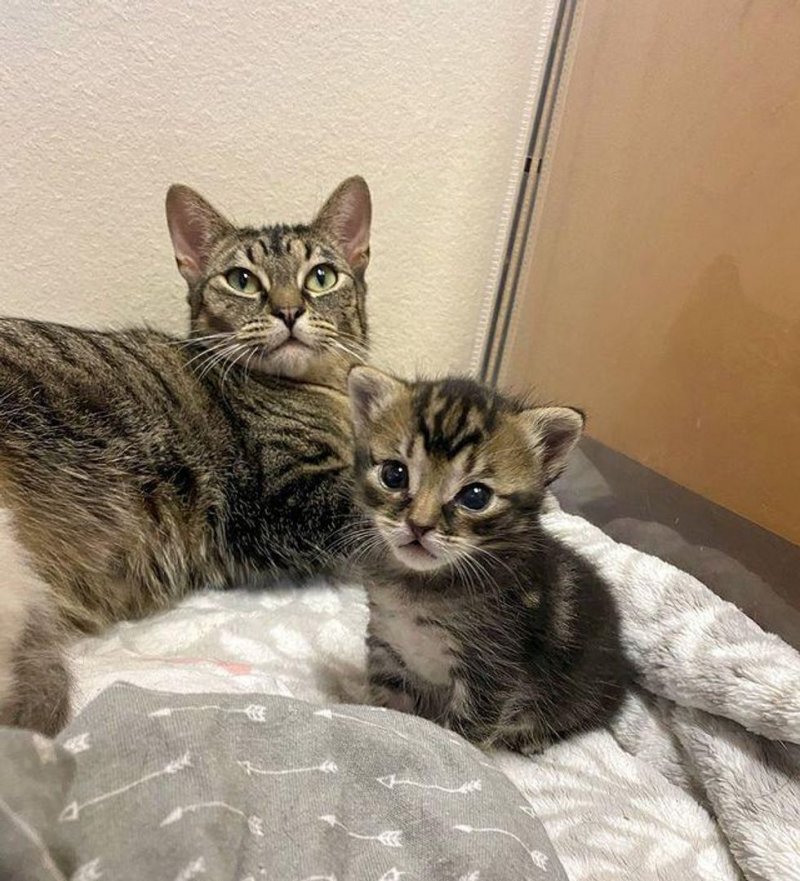 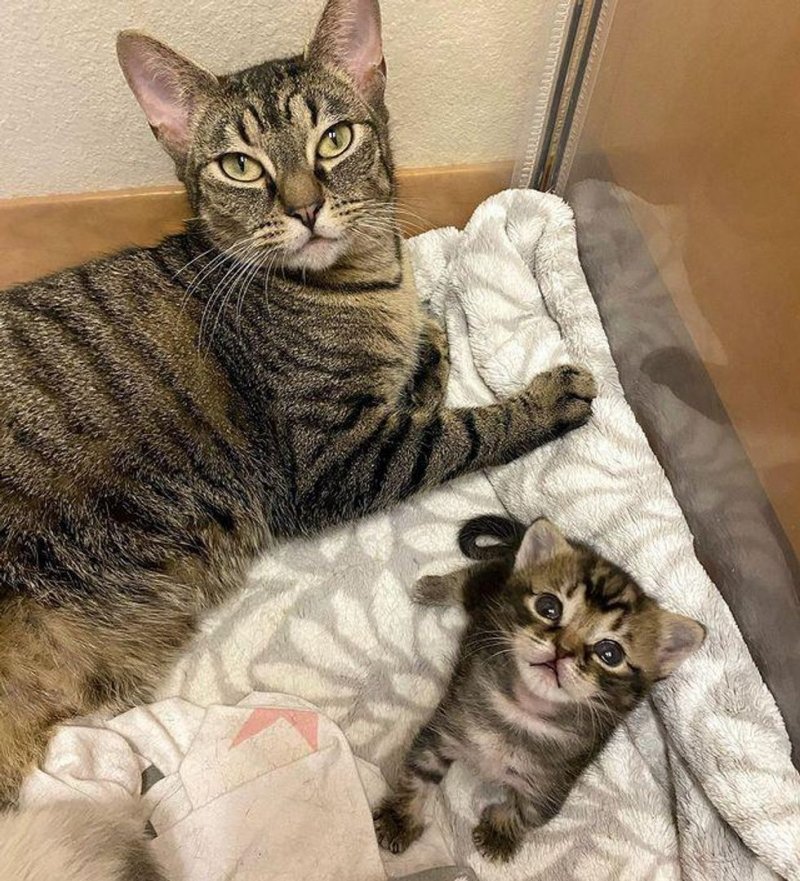 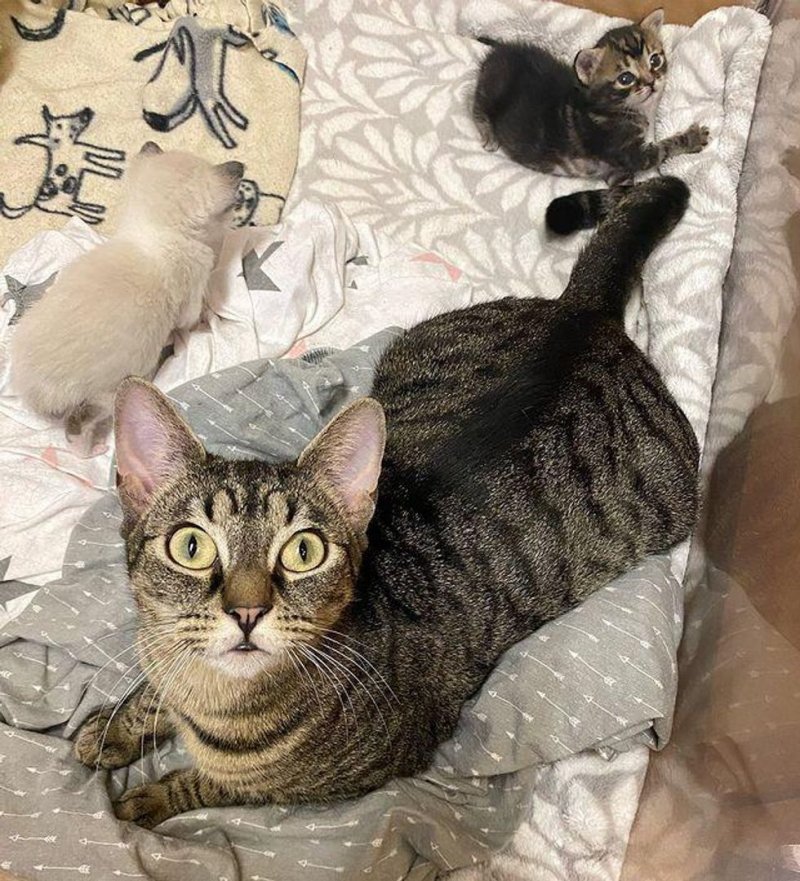