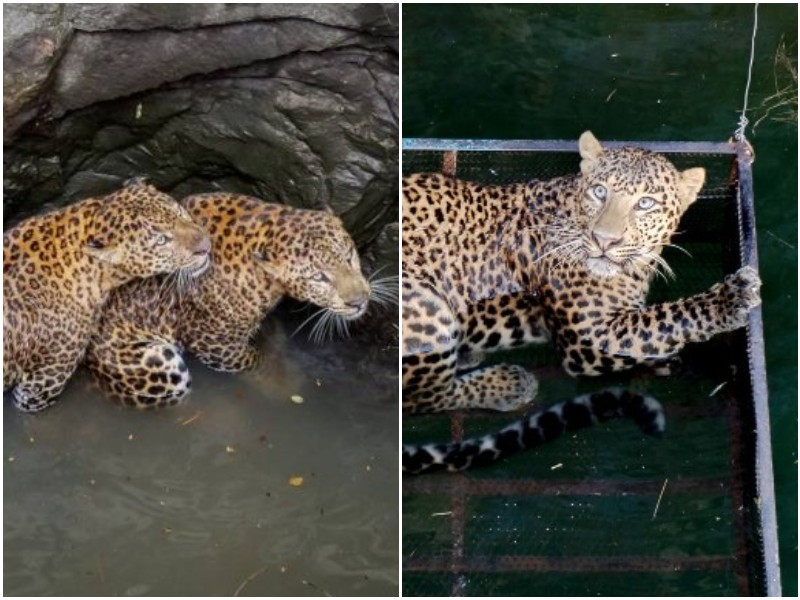 A farmer from an Indian village noticed this predator, which was helplessly trying to get out of a 15-meter well. The poor animal barely moved, and was dehydrated and weak.

This leopard got into trouble in a village in Maharashtra, India. Local wild animals often fall into open wells with water, once created by the villagers. So this predator, in search of food, fell into a 15-meter well. Fortunately, he was noticed, and concerned residents called rescuers. 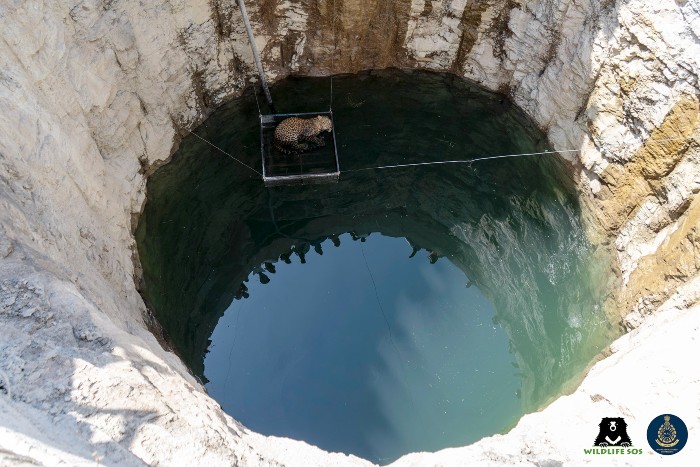 A local farmer saw a helpless leopard trying to swim and get out of the well. He immediately contacted animal rescuers from Wildlife SOS, who got to the place after overcoming 60 kilometers. With the help of the villagers, they began to rescue the animal. 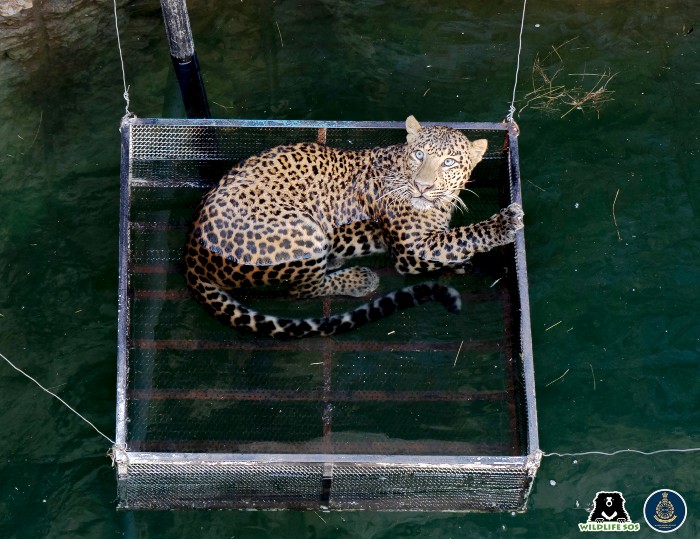 They lowered the iron cage to the bottom of the well and lured the leopard inside. The poor animal was afraid of the strange cage at first, but then he saw the treat inside and climbed in. He could barely move, which indicated dehydration and weakness in his body.

Then the leopard was examined by veterinarians. They determined that he was about seven years old, but apart from dehydration and weakness, they did not find any other problems or injuries. After a while, the predator was returned to a safe place in the wild. 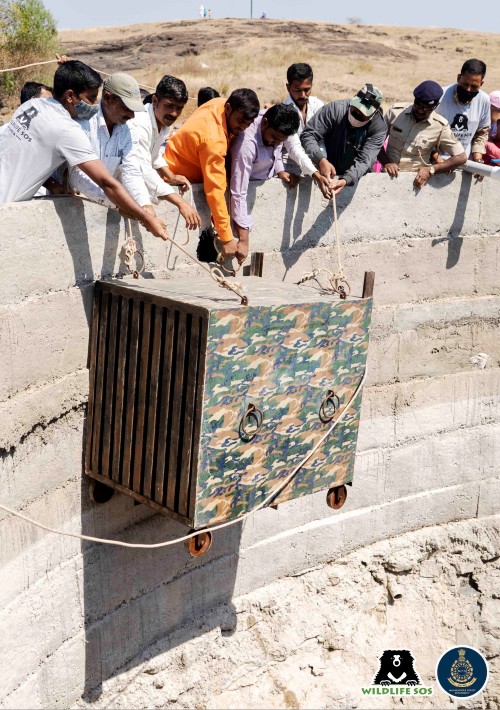