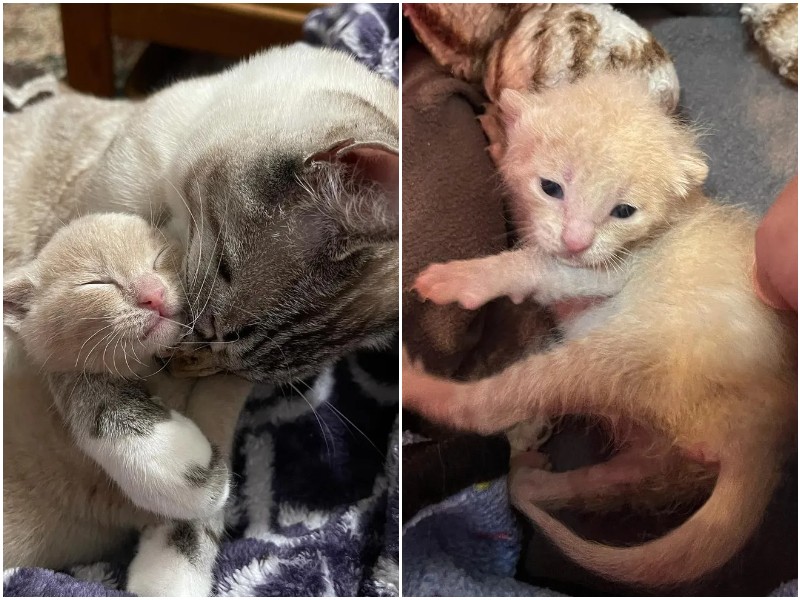 A tiny kitty was spotted near a residential area. Her mom was not around, and the baby was desperately squeaking, asking for help.

Residents of Oregon, USA, noticed several small kittens near a residential area that were without a mother. It turned out that the mother was not going to come back for them, or something happened to her. But after waiting for several hours, people decided to take the weak and tiny kittens to Shelby’s Kitten SafeHouse shelter. 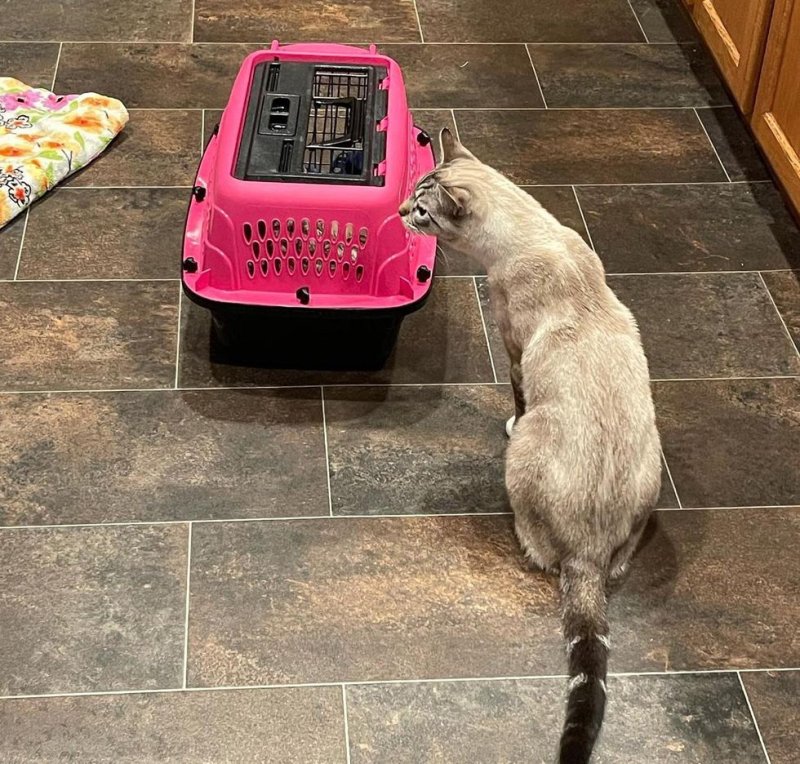 Unfortunately, at the time when they brought the kittens to the shelter, only one kitten remained — the other two were too weak to overcome all the difficulties, and unfortunately, they were gone… The only kitty was surrounded with love and care to preserve its health. 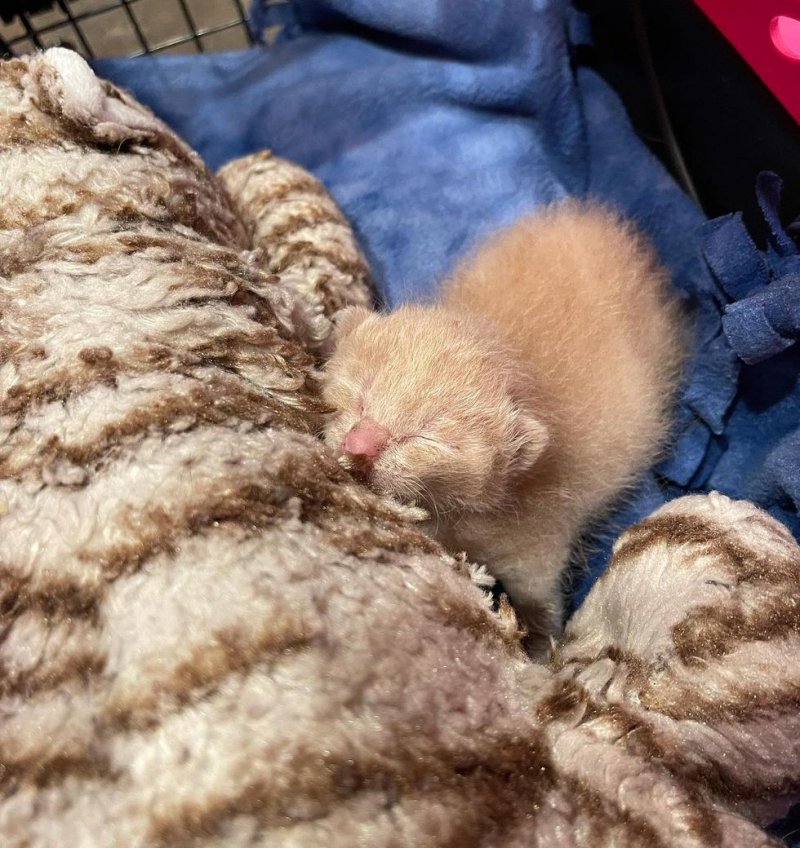 When the kitty recovered a little, one of the employees took it for temporary care. It was only when she brought the baby home that the guardian’s pet cat, Polar, became interested in the guest. He was sniffing the carrier with the baby with interest and wanted to get to know it. 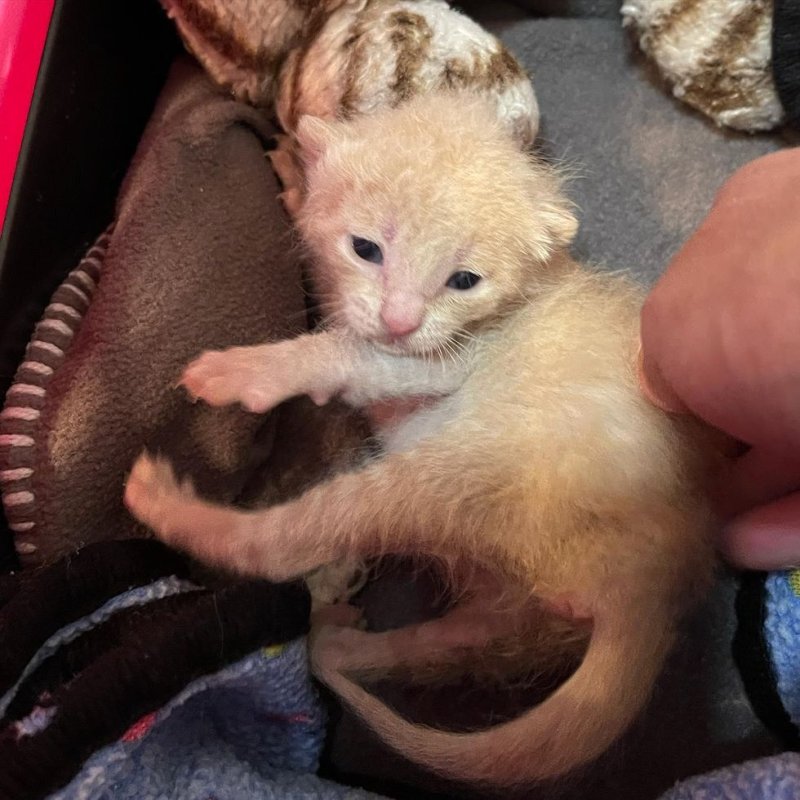 However, the cat, who received the nickname Cleo, still had to be treated. The guardian fed her by the hour, made flea baths, gave medicines, and took care of her. Soon the result was visible — the baby was gaining weight, opened her eyes, and became much more active. 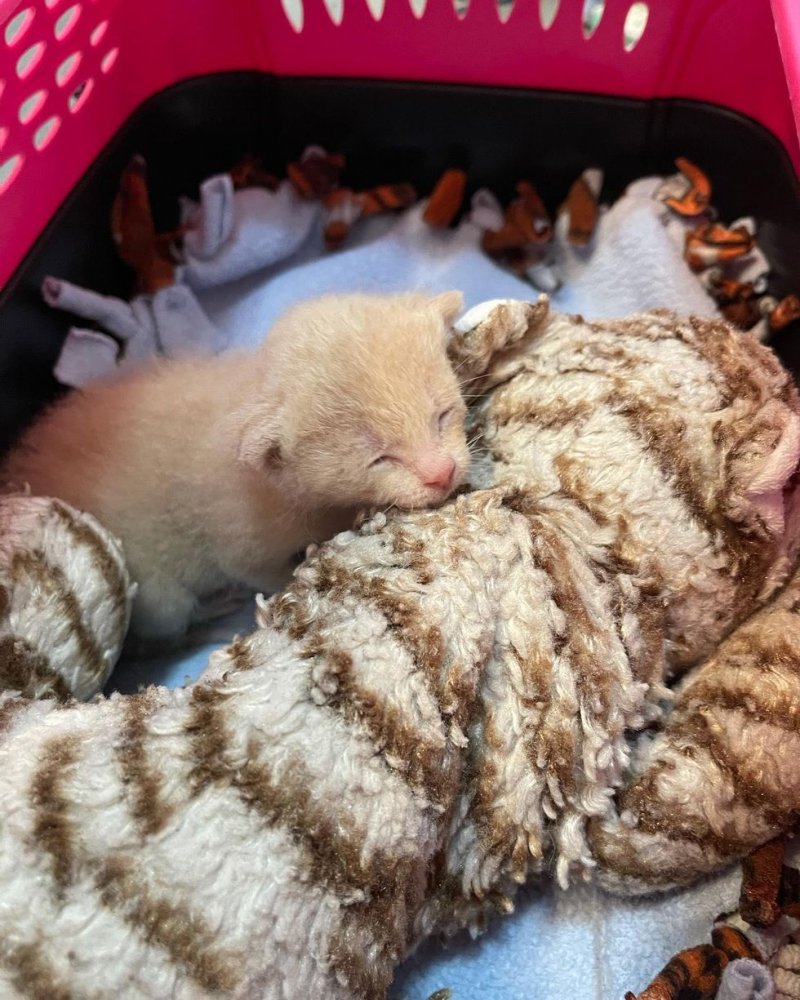 After a couple of weeks, the baby was finally introduced to Polar, who had been waiting for a meeting all this time. It was love at first sight — the cat immediately took Cleo under his guardianship, and gently took care of her. He licked her muzzle and was there, like Dad. 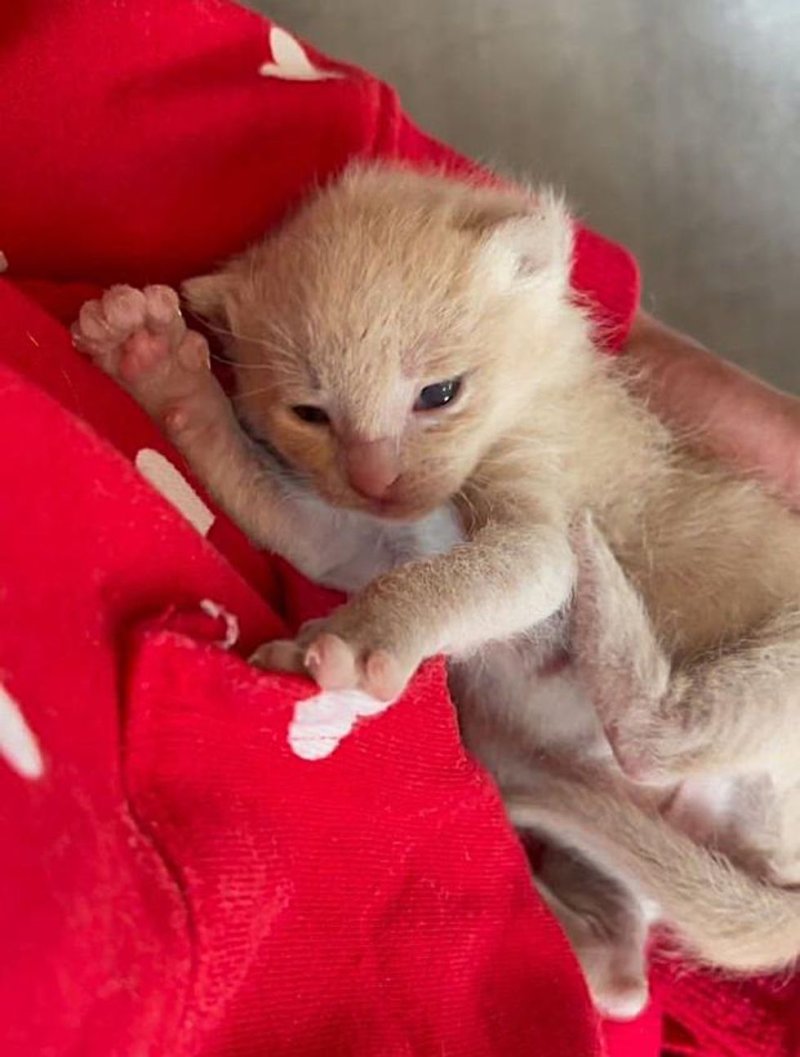 Cleo felt safe with the cat, and spent a lot of time with him. They sleep together, play, cuddle, and Polar helps Cleo explore the neighborhood, teaching her important feline affairs. 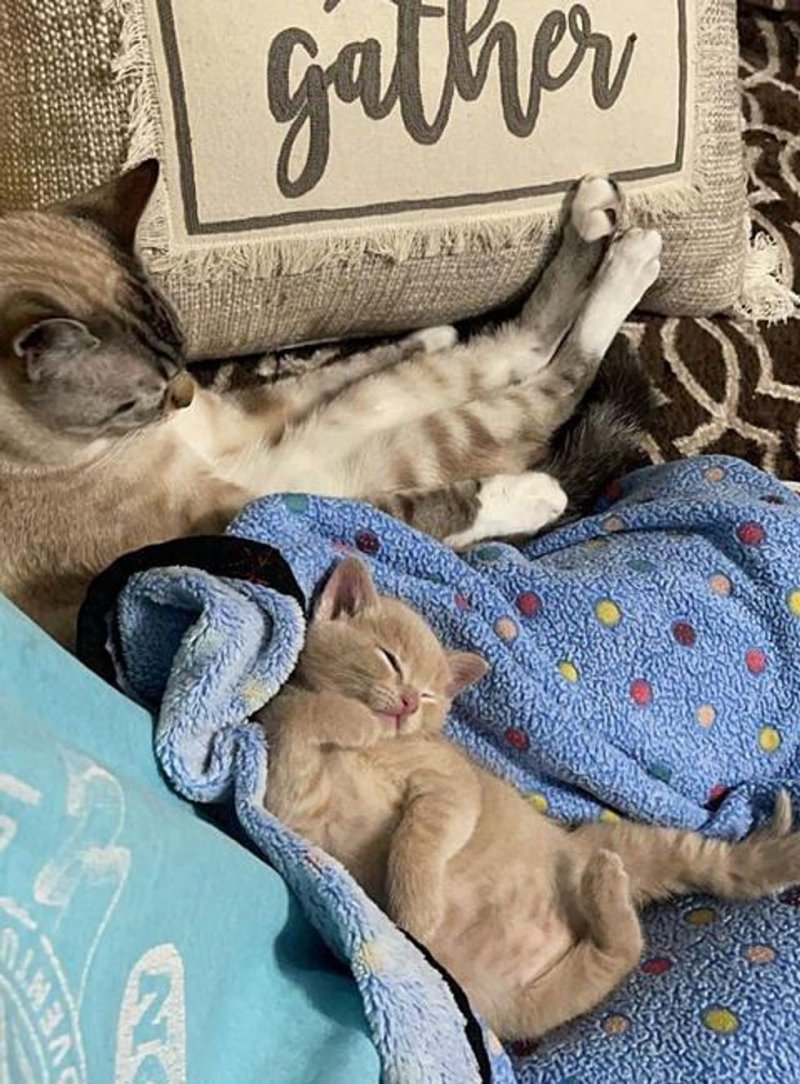 When the baby grows up, they will find a permanent home for her. In the meantime, she is under the care of her big fluffy friend, and enjoys life! 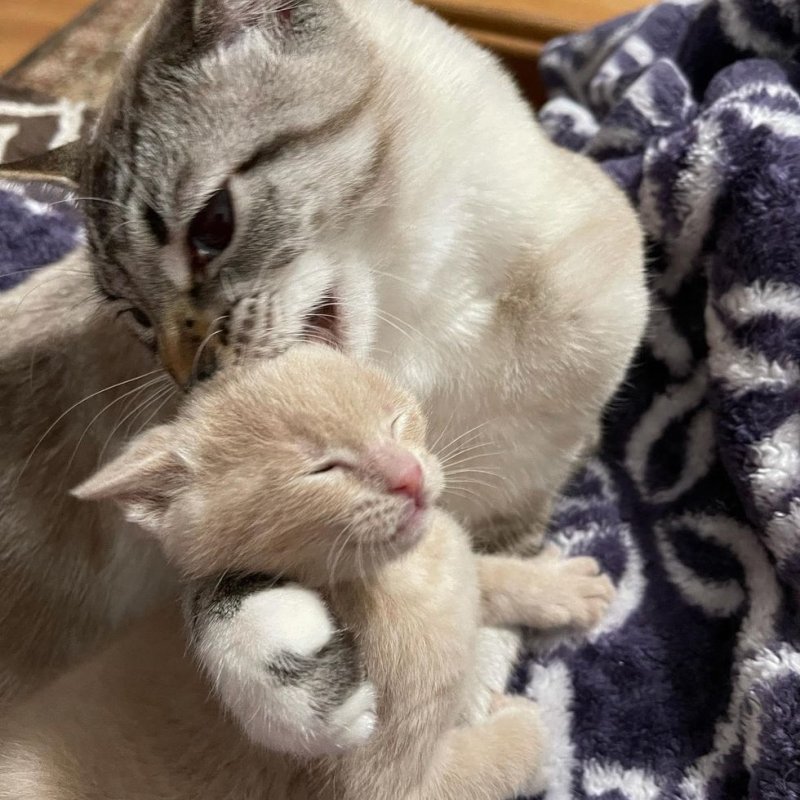 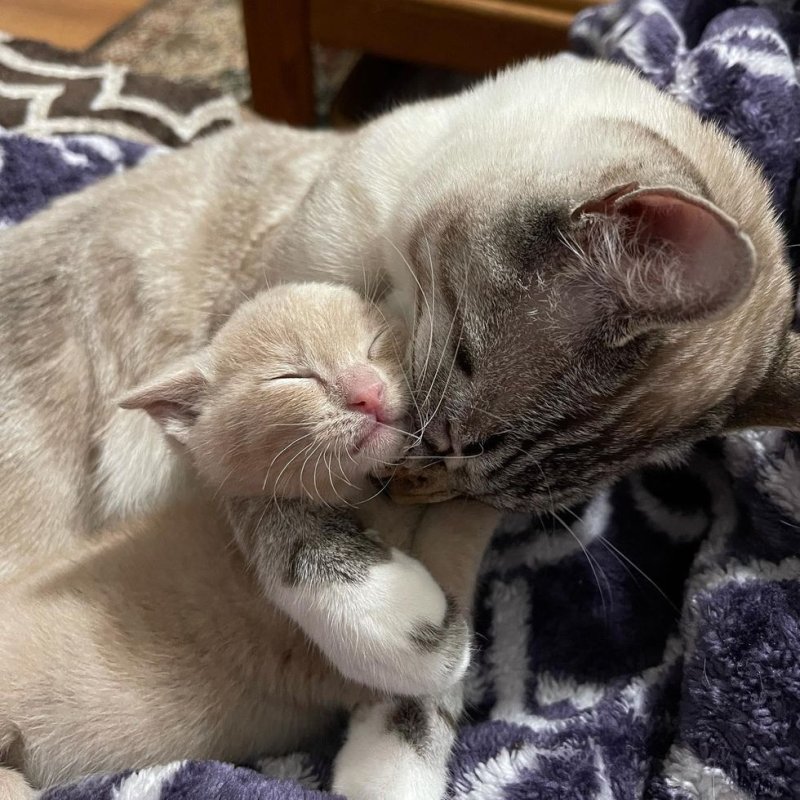 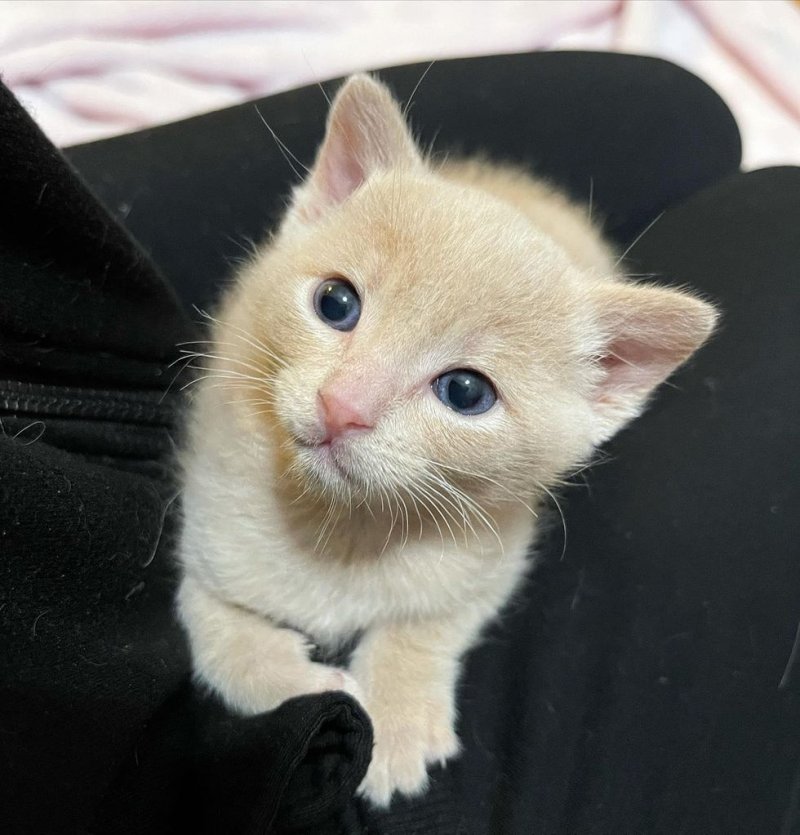 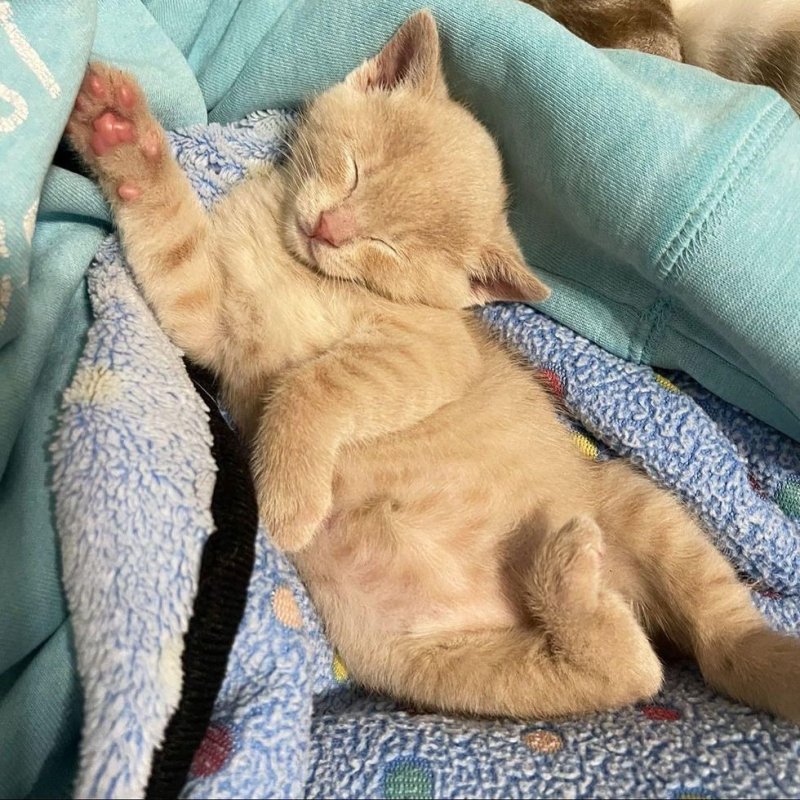