One day a very interesting kitten got into an animal shelter. He didn’t have ears and a tail. At that time, the baby was 3 months old. She was so small and defenseless that she needed only care and love. 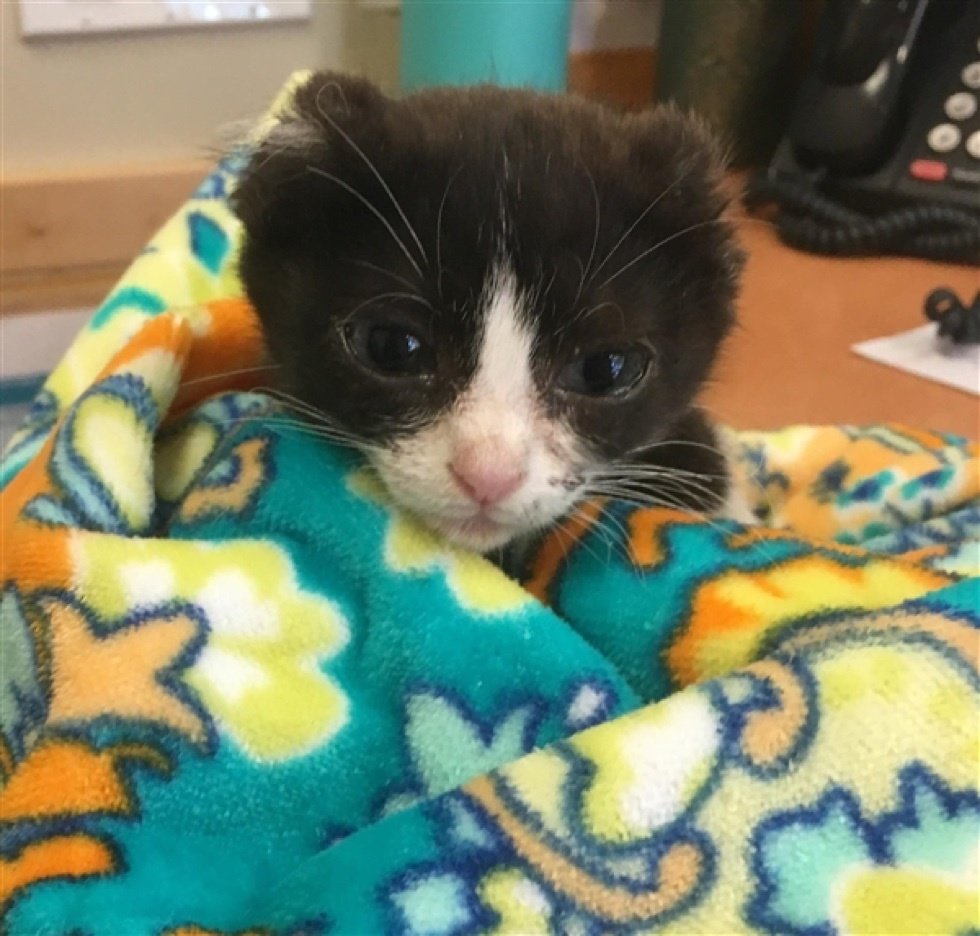 The employees tried to provide the baby with comfortable conditions. Most likely, someone cut off her ears and tail, but for what purpose it was done is unclear, but the fact that it was very inhumane is a fact.

She was given a name – Karma. She was very afraid of people after strangers bullied her because it was difficult to restore her faith in people.

Later, Karma was taken away by the Animal Welfare Society. There they were able to provide her with everything she needed for a comfortable stay. 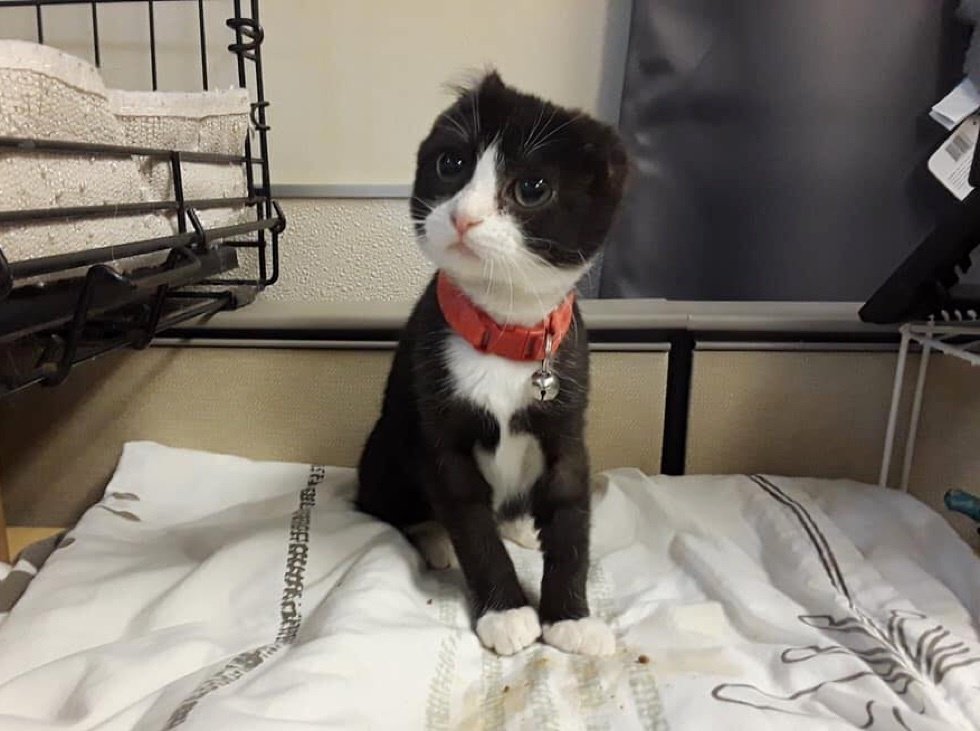 Her mental state was very unstable. Although the wounds had healed on her body, it was difficult to heal her mental pain.

Fortunately, a temporary family was found for little Karma. They were not afraid to take such a traumatized kitten.

One day, a volunteer Karla Berti came to visit the baby. She was playing with a kitten and suddenly she realized that she could do for Karma what she was missing so much. 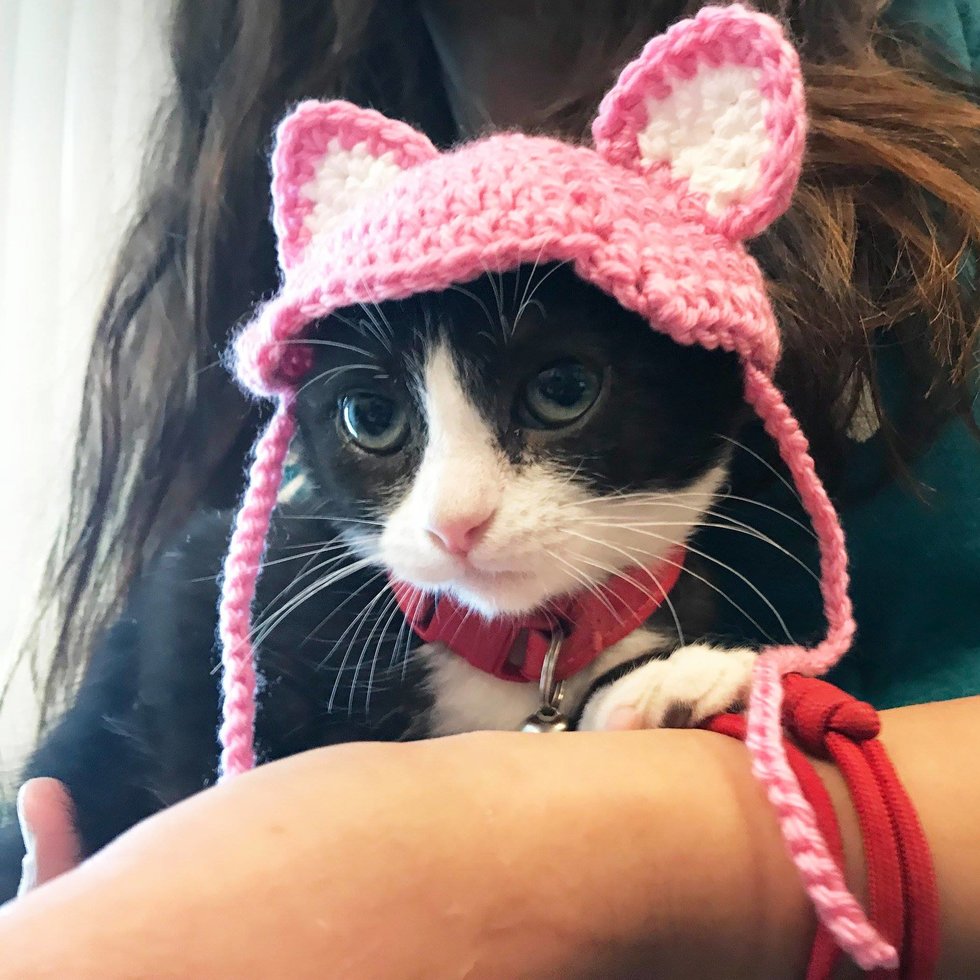 The ears that the kitty didn’t have, Carla decided to knit on her own. A few days later, the woman returned to the kitten with a knitted crib and toys. Among the gifts was a pair of hats with ears.

Karma immediately began to examine her gifts and with great curiosity agreed to try on a new hat. She really liked it. 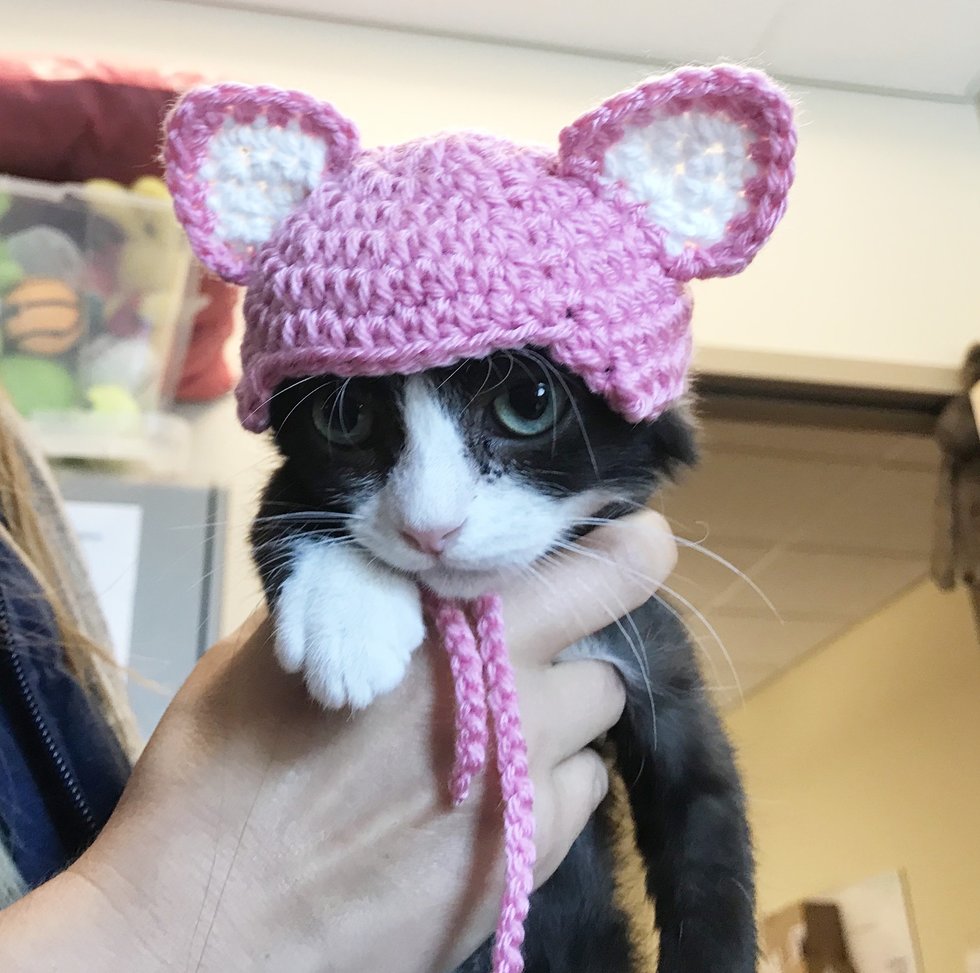 After such a surprise and kindness from Carla, the baby became calmer and more joyful. She even made friends with her new owner. Kitty began to establish contact with other family members, such as cats and a dog.

After a while, the baby has changed a lot and her morale has improved considerably. It was clear that she was ready to find a permanent family. 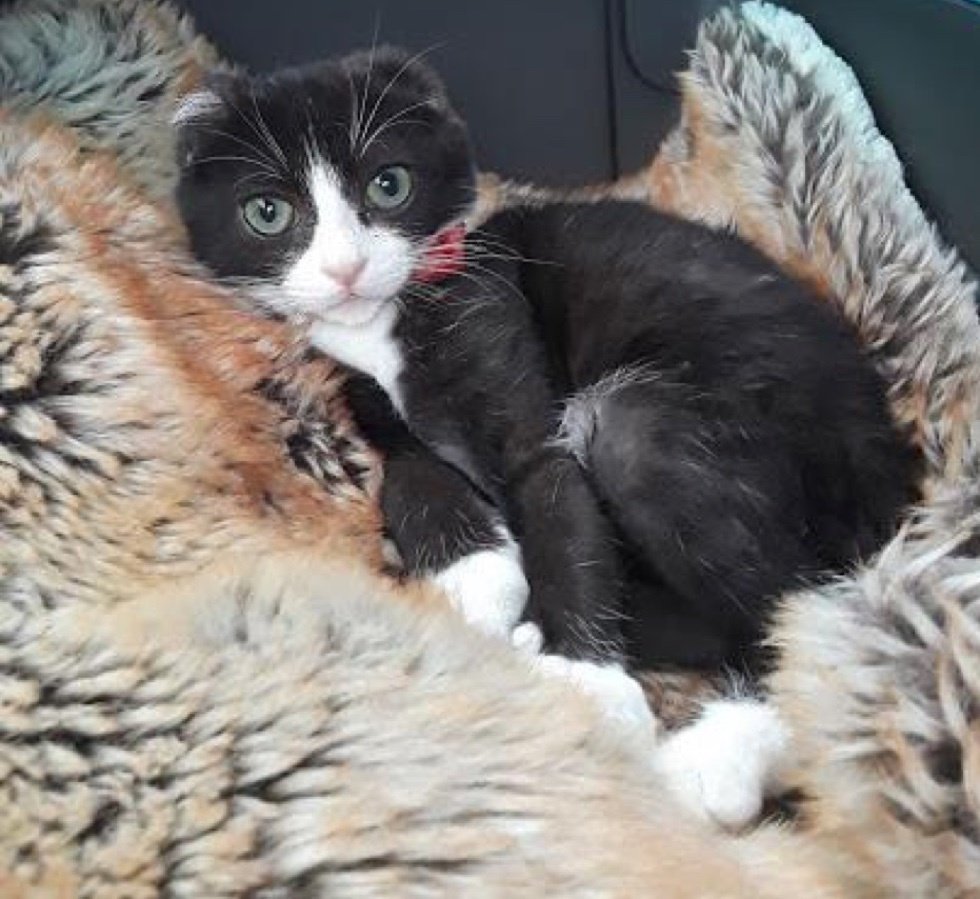 And then came the day when the fluffy beauty went to the new house in a new hat.

We are very happy that we have managed to restore her faith in the people.