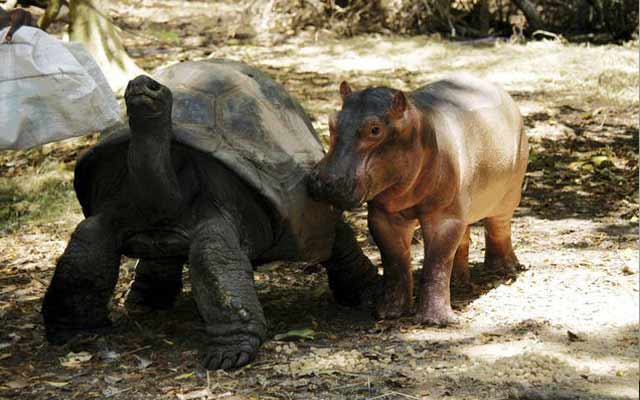 This unusual friendship between a turtle and a hippopotamus began in 2004. Owen had previously lived in Kenya with his family but lost all his loved ones after the tsunami that happened in the Indian Ocean. The animal was identified in Haller Park, one of Kenya’s nature reserves.

Although the hippopotamus already weighed a couple of hundred kilograms at that time, he was very weak. To try to attach him to some other hippopotamus family would be rash – the males would not be able to accept the baby, killing him as a potential competitor. 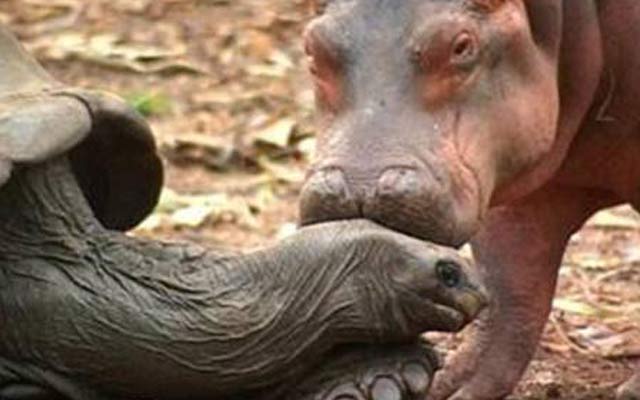 But Owen unexpectedly found a new family for himself — in the person of a 130-year-old turtle named Mzi! The turtle did not immediately appreciate the breadth of the soul and kind impulses of the young hippopotamus, trying to avoid contact with him for a long time. However, Owen turned out to be even more stubborn.

The giant turtle gave up and soon this unusual friendship became strong and famous all over the world. The animals, a year later, became best friends. They are almost always together, sometimes staying in a pond, then taking food, then just lying under a tree in leaves and grass. 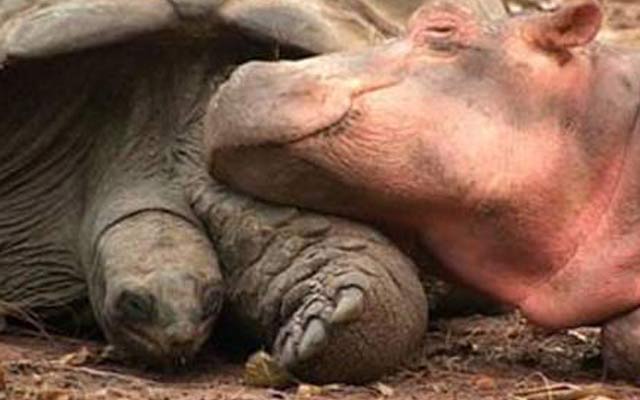 Owen eventually adopted the habits of a turtle: he not only sleeps at night, unlike other hippos but also eats turtle food perfectly. Perhaps it would be better to call this relationship a mother-son relationship than a friendship. Although animals frolic like equals (which is not typical of turtles in principle).

Owen is getting bigger and bigger every day than Mzi (which was originally three times the size of a hippopotamus). Most likely, the employees of the reserve will be forced to separate the animals so that Owen, because of his love and playfulness, does not crush or trample poor Mzi. However, perhaps people will come up with something else so as not to separate this unusual couple.