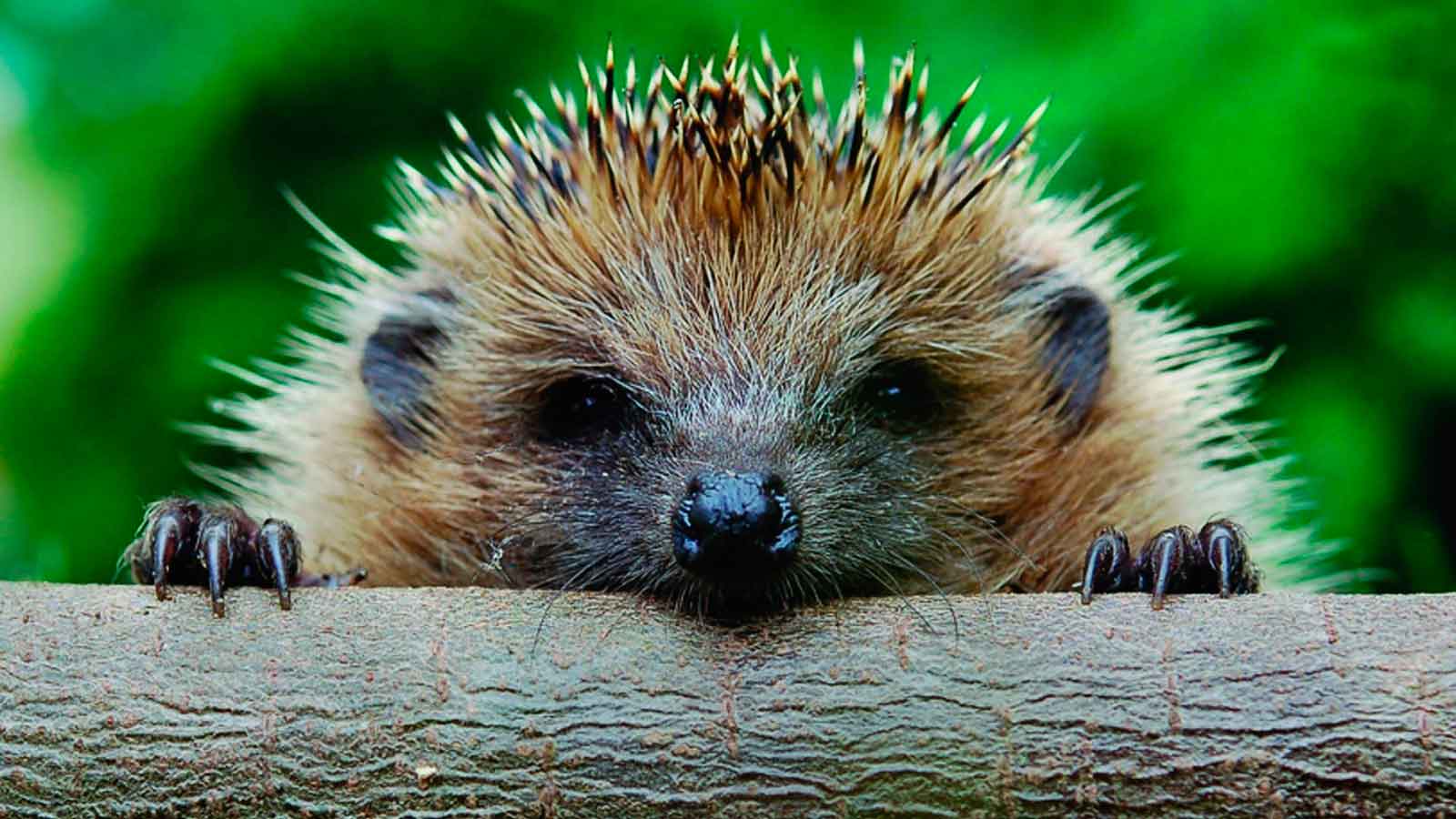 The hedgehog is an animal that we have known about since early childhood. Fairy tales and cartoons introduced us to it. But do we know these prickly tangles well enough?

In this article, you will learn interesting facts about hedgehogs and will be able to find answers to all questions.

1. Did you know that an ordinary hedgehog has 5 thousand needles?! The presence of such a fur coat requires careful care. Hedgehogs take care of their needles with their paws, but they are too short and do not allow the animal to completely clean out parasites. In such a situation, the hedgehog is helped by the acid that fruits secrete. Hedgehogs begin to ride on their backs on rotting apples or other fruits – this is one of the most unusual facts about hedgehogs. Such tricks make you delude yourself about the taste preferences of the hedgehog. However, the hedgehog does not impale fruit on needles to carry them on its back to its burrow. 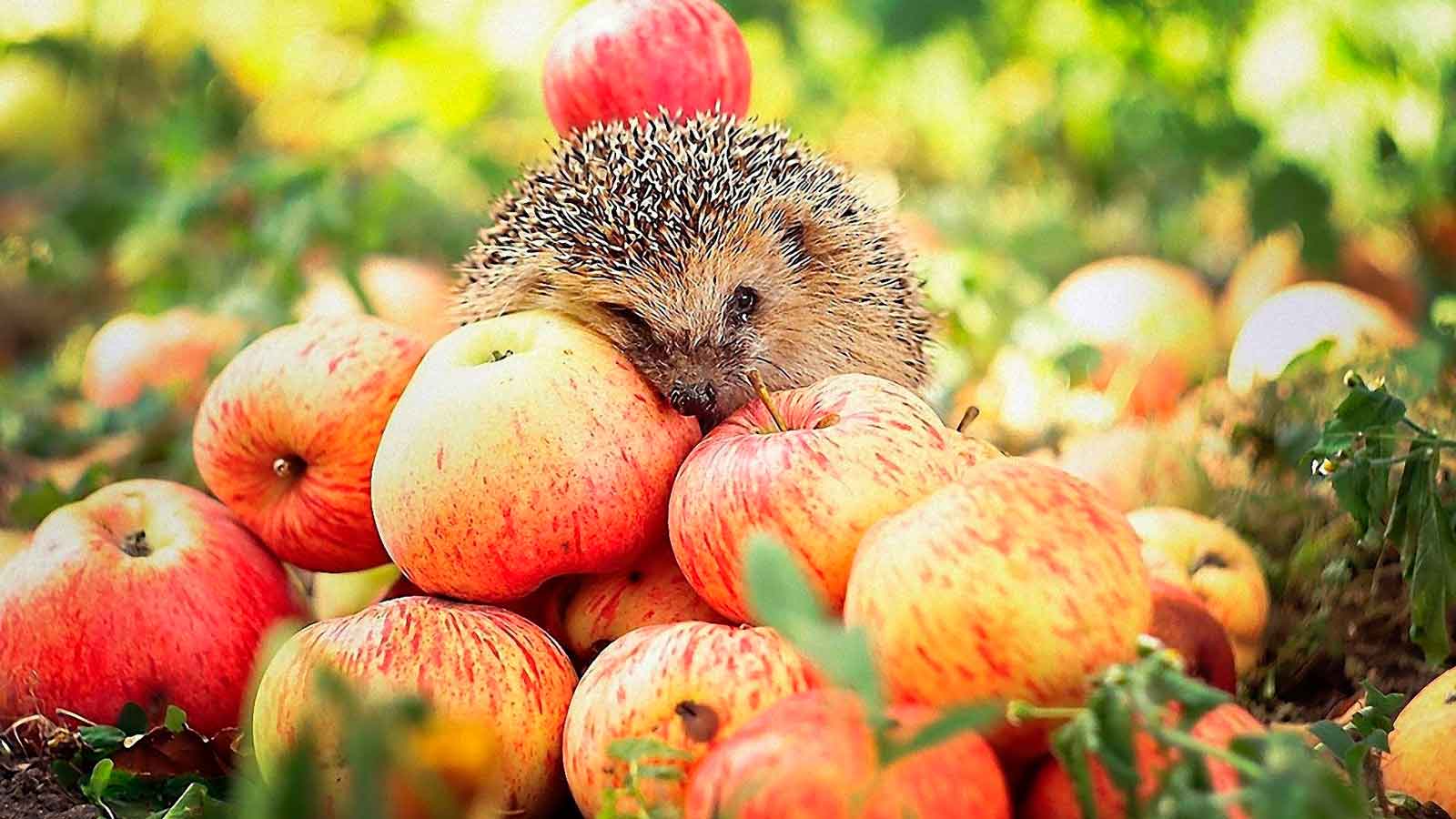 2. Everyone knows about the ability of hedgehogs to curl into a prickly ball in danger. Hedgehog needles serve him as strong armor and protection. With this outfit, the hedgehog comes out victorious even in a fight with a viper. However, it’s not just the needles that allow him to win the fight. One of the little-known facts about hedgehogs is that these animals are insensitive to many poisons. Arsenic, opium, and even prussic acid have a weak effect on hedgehogs. 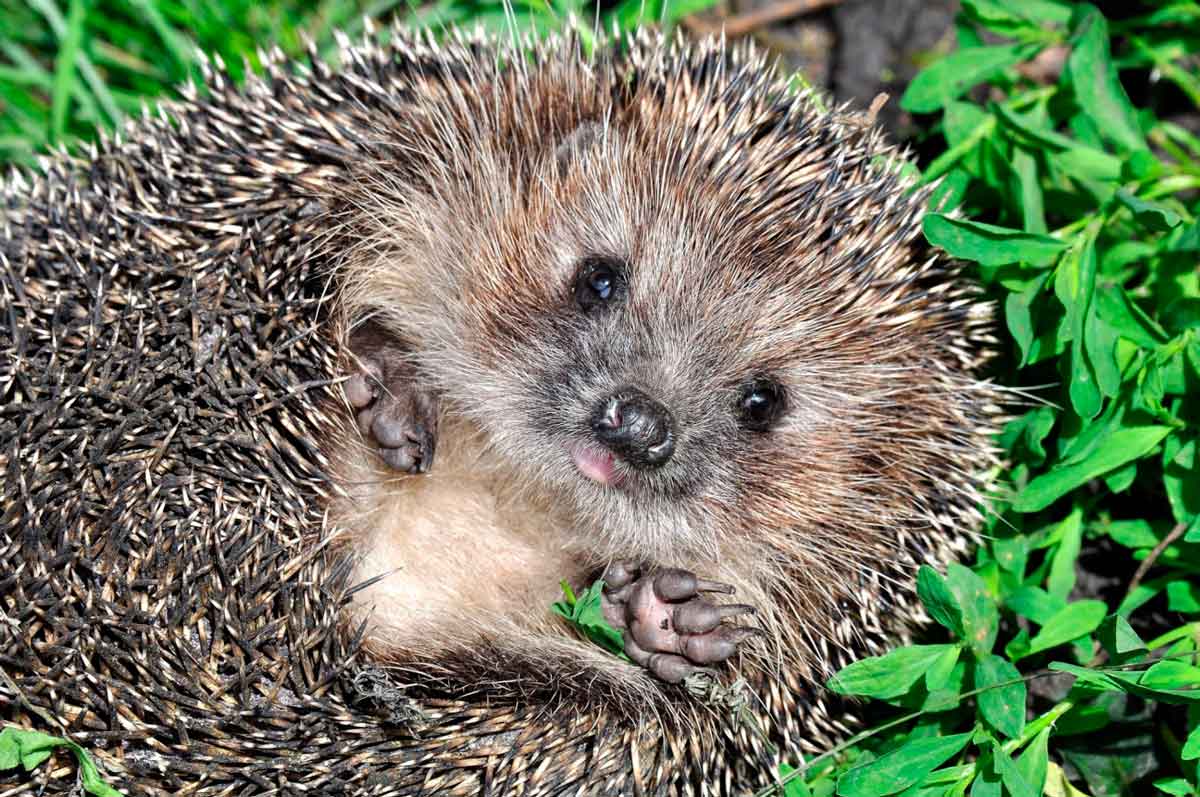 3. We used to think of hedgehogs as harmless creatures. But despite this, they can quite stand up for themselves. After all, they have not only prickly needles at their disposal but also 36 sharp teeth. 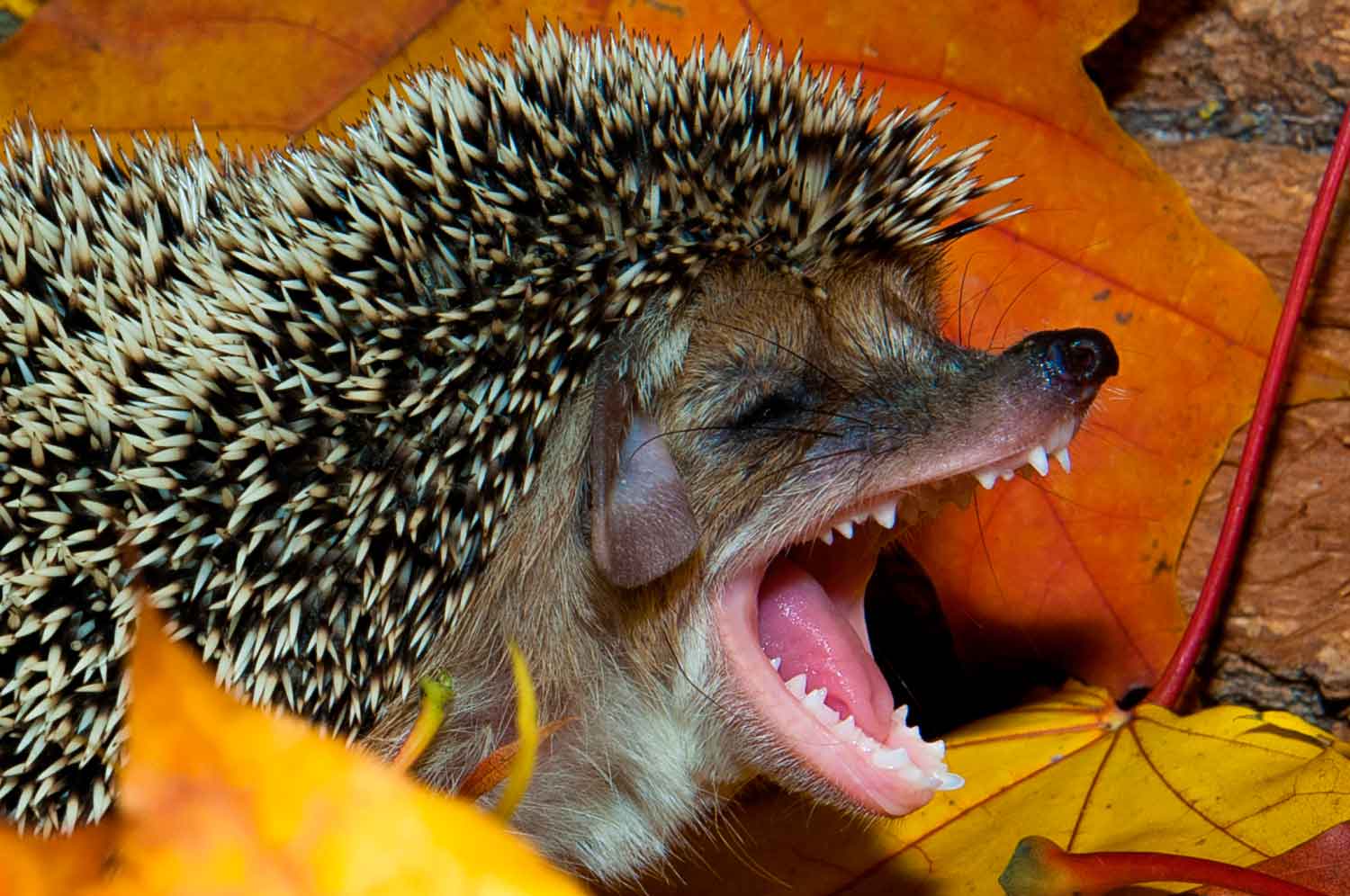 4. Many people believe that a hedgehog does not have a tail. But this is not so – he has a tail. It’s just very short, its length is only 3 cm. Of course, it is very difficult to see such a small tail under the needles of a hedgehog. 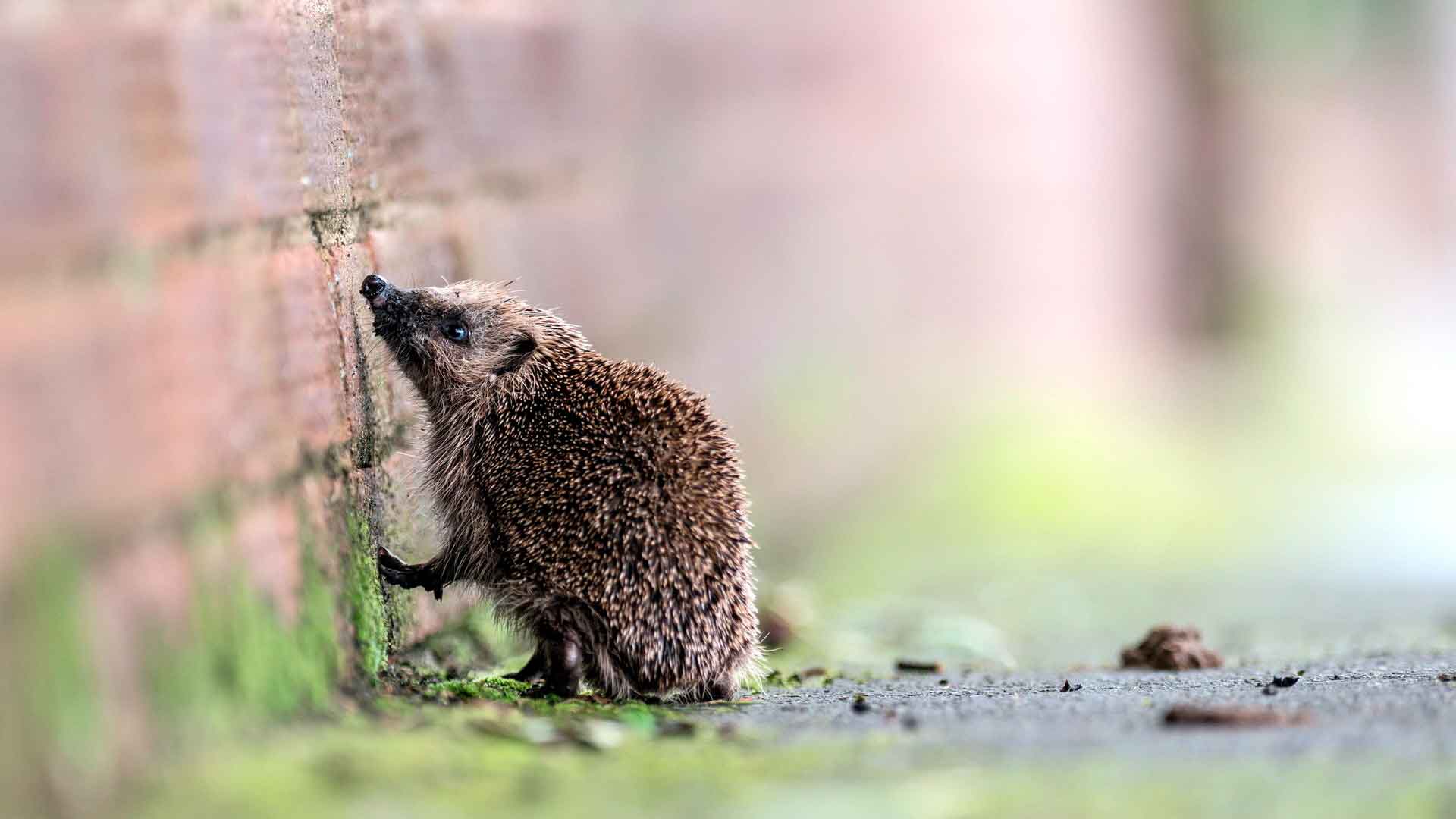 5. Despite their small size, hedgehogs are quite nimble animals. They can run at speeds up to 3 m/s. In addition, hedgehogs swim well and jump perfectly, have a keen sense of smell, and have very sensitive hearing. That’s just the eyesight of hedgehogs is weak. 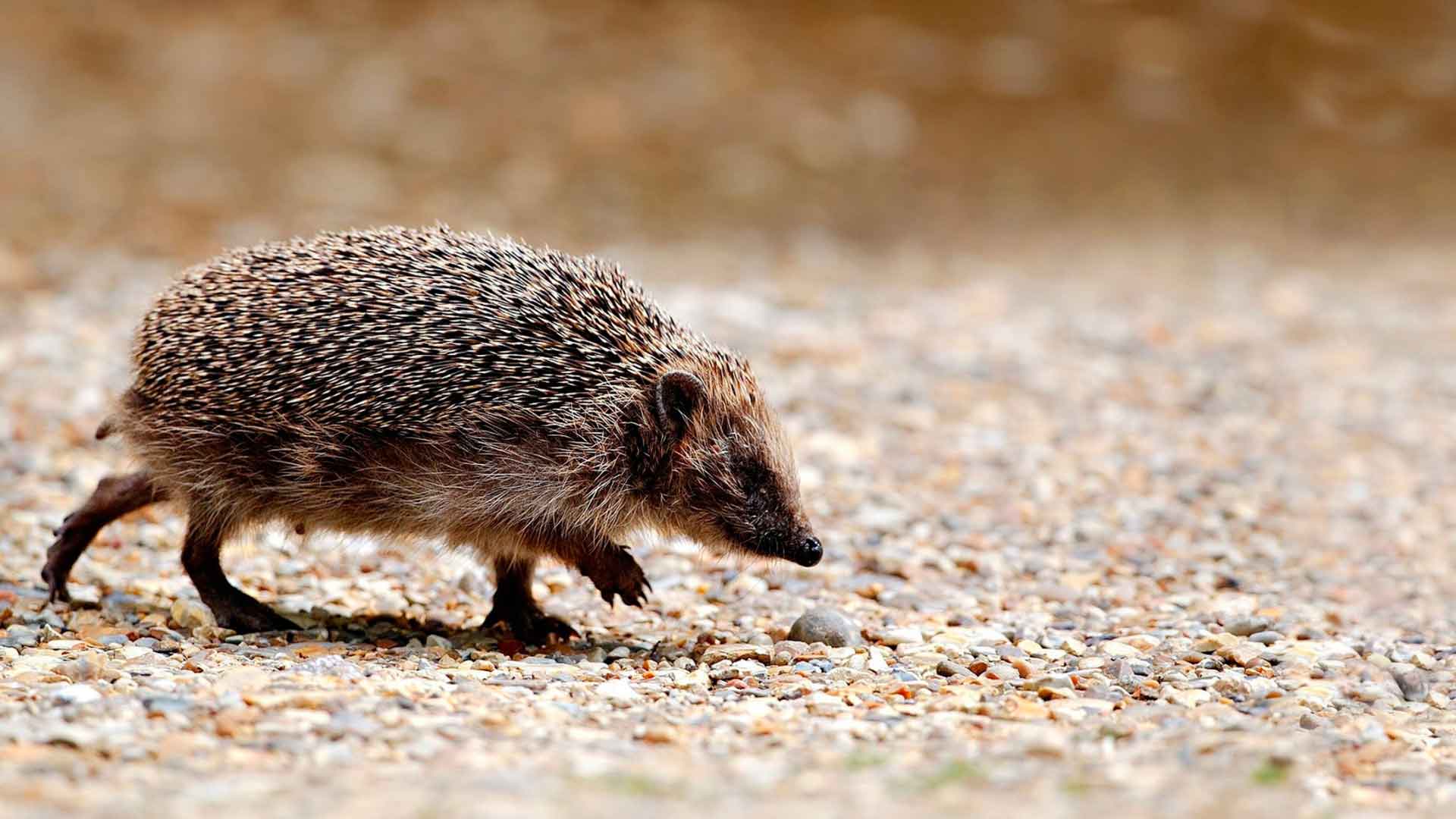 6. The hedgehog is not afraid to spoil the figure. Since the hedgehog hibernates in winter, before that it gains another 500 grams of fat on top of its usual weight of 800 grams. Such reserves allow it not to die of hunger in winter and sleep peacefully until spring. Curiously, the body temperature of hedgehogs during hibernation drops to 2 ° C – this is one of the most interesting facts about hedgehogs. 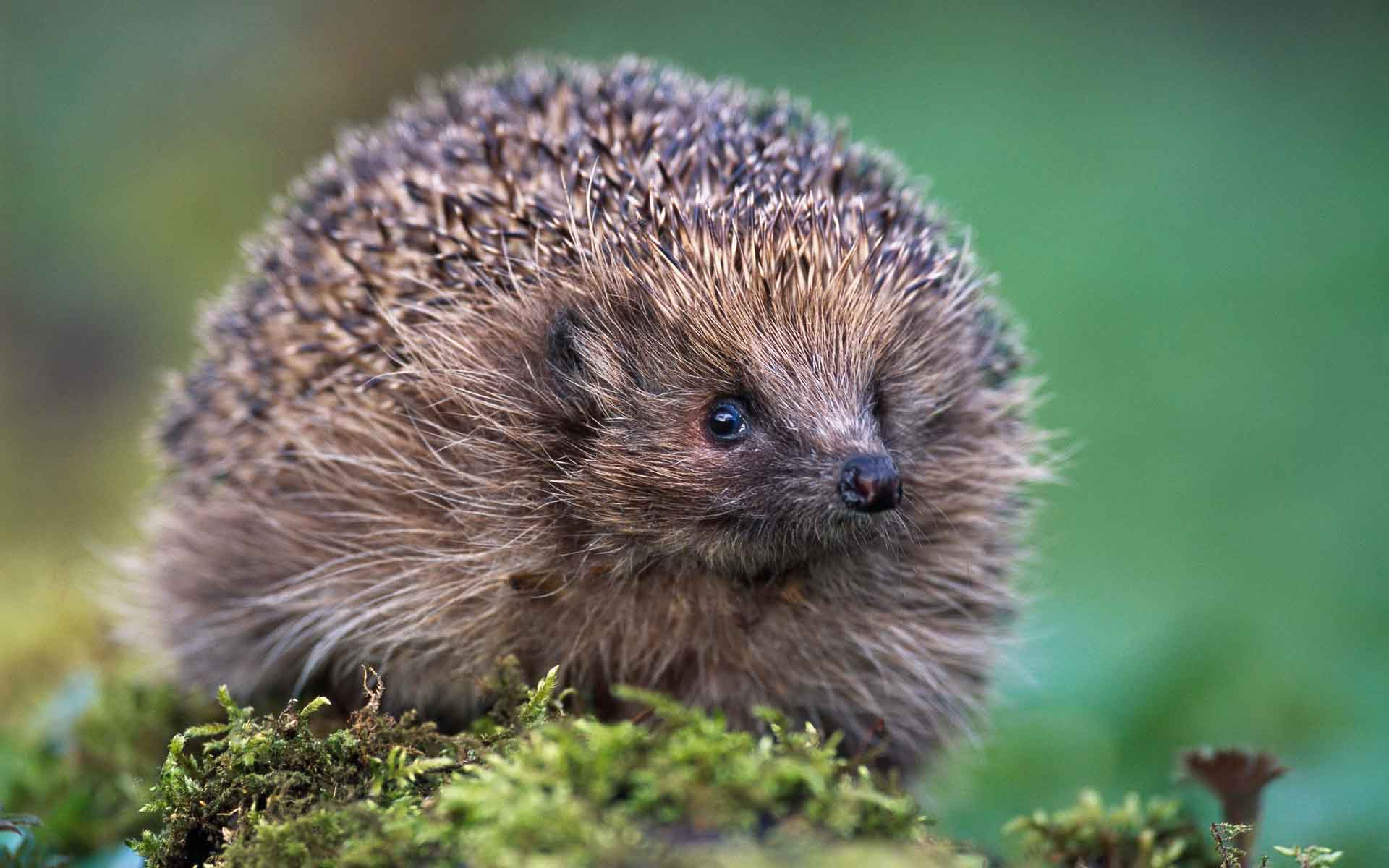 7. The hedgehog is an insectivorous animal. But its diet is not limited to insects. In addition to insects, hedgehogs eat berries and fruits, mice and voles, sometimes reptiles and amphibians. Hedgehogs also feed on eggs or chicks of small birds that make nests on the ground. A hedgehog can even eat a snake. 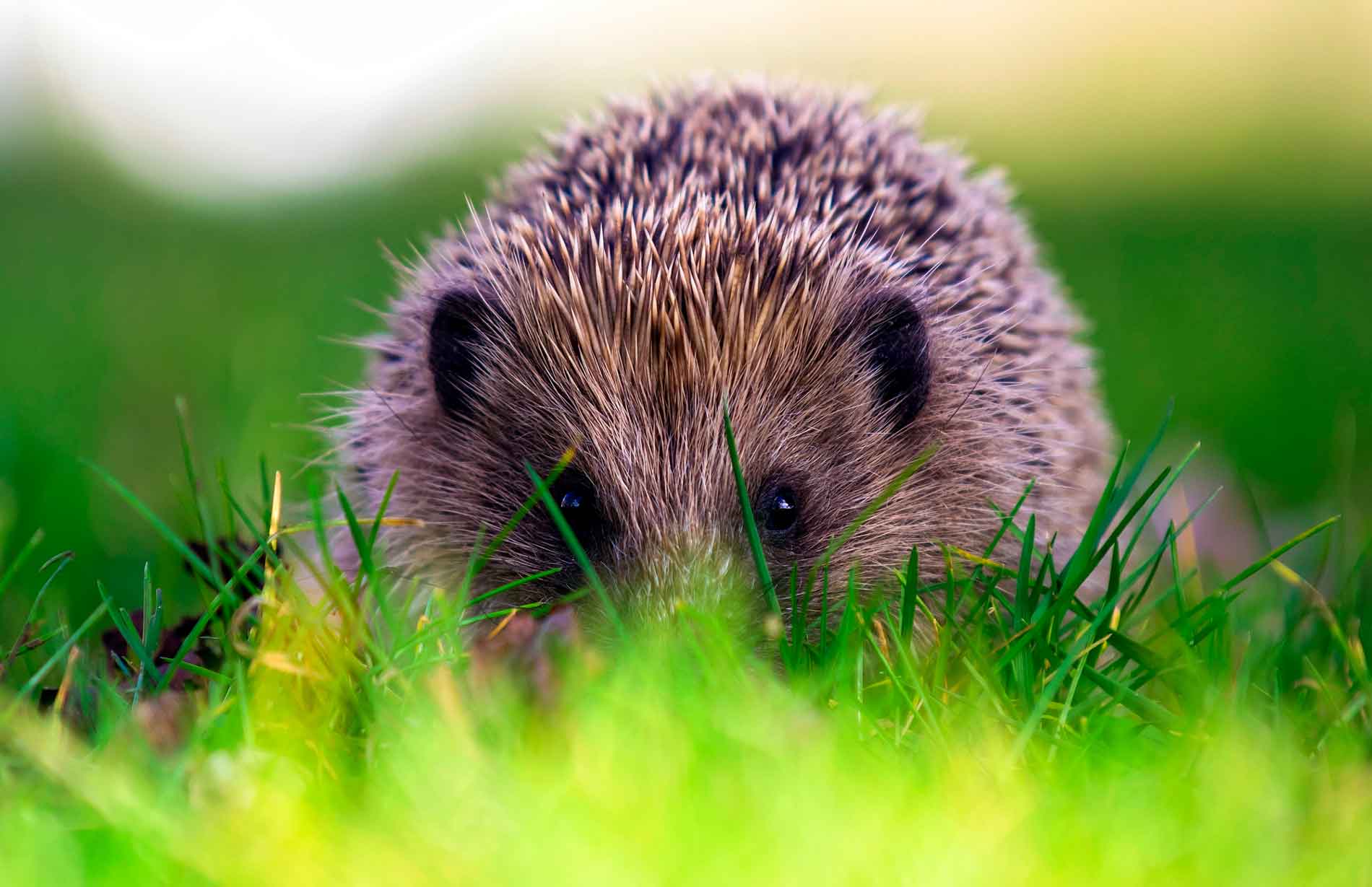 8. Hedgehogs are useful by destroying various harmful insects. These animals exterminate May beetles, caterpillars, and unpaired silkworms. In addition, hedgehogs destroy mice and voles. The hedgehog is a faithful guardian of the garden. After all, where this prickly tangle appears, rats and snakes leave. 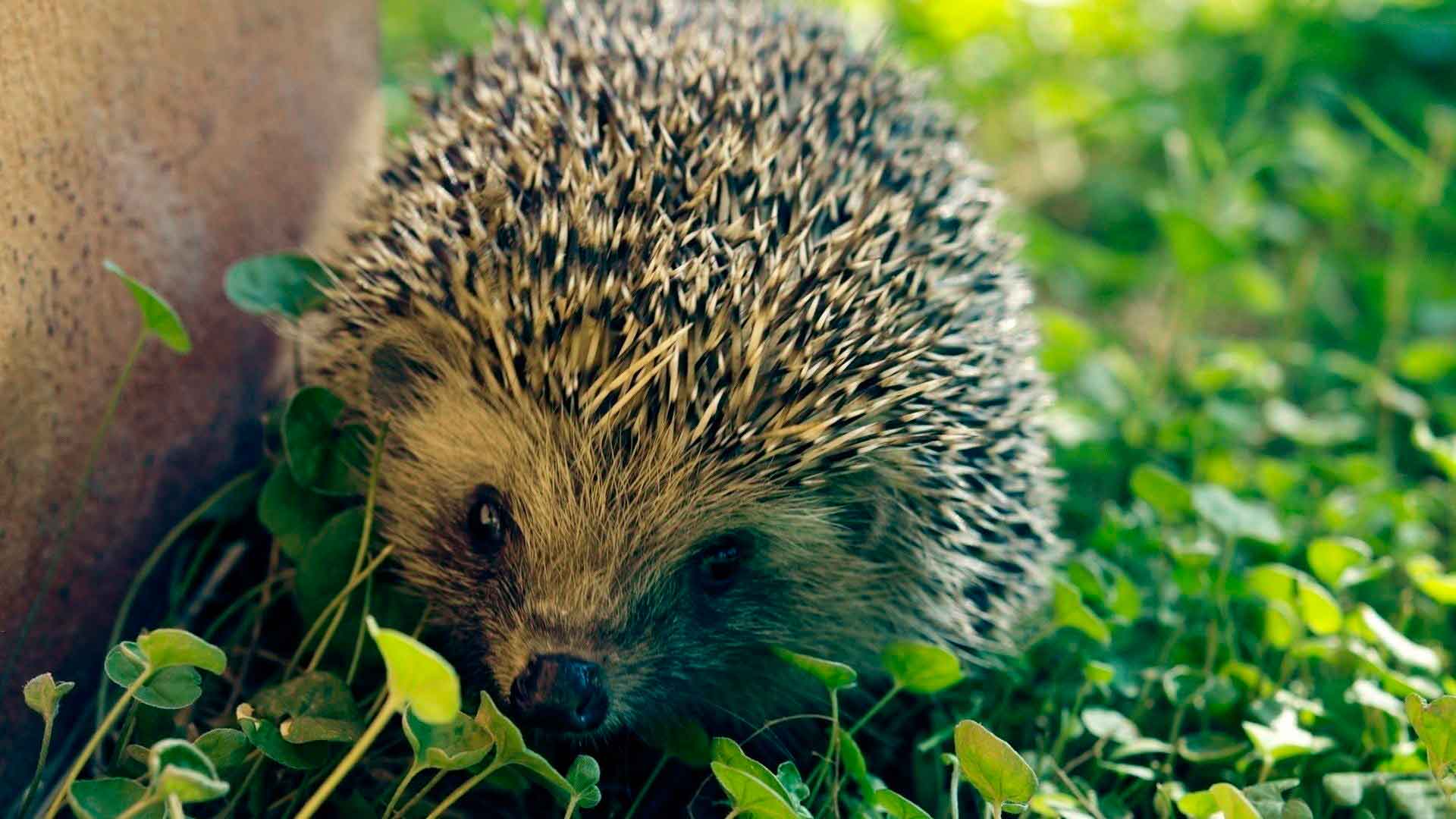 9. First of all, the hedgehog harms by ruining bird nests. And this problem is relevant both for wildlife and for pets. If you have a hedgehog living in your garden and there are chickens, then hedgehogs pose a threat to them. But the greatest harm from hedgehogs is diseases. Hedgehogs can carry diseases such as rabies, salmonellosis, dermatomycosis, yellow fever, and others. In addition, there are a lot of ticks and fleas on hedgehogs. This poses a danger to the animals in your garden. In addition, hedgehogs are the hosts of Ixodes ticks. 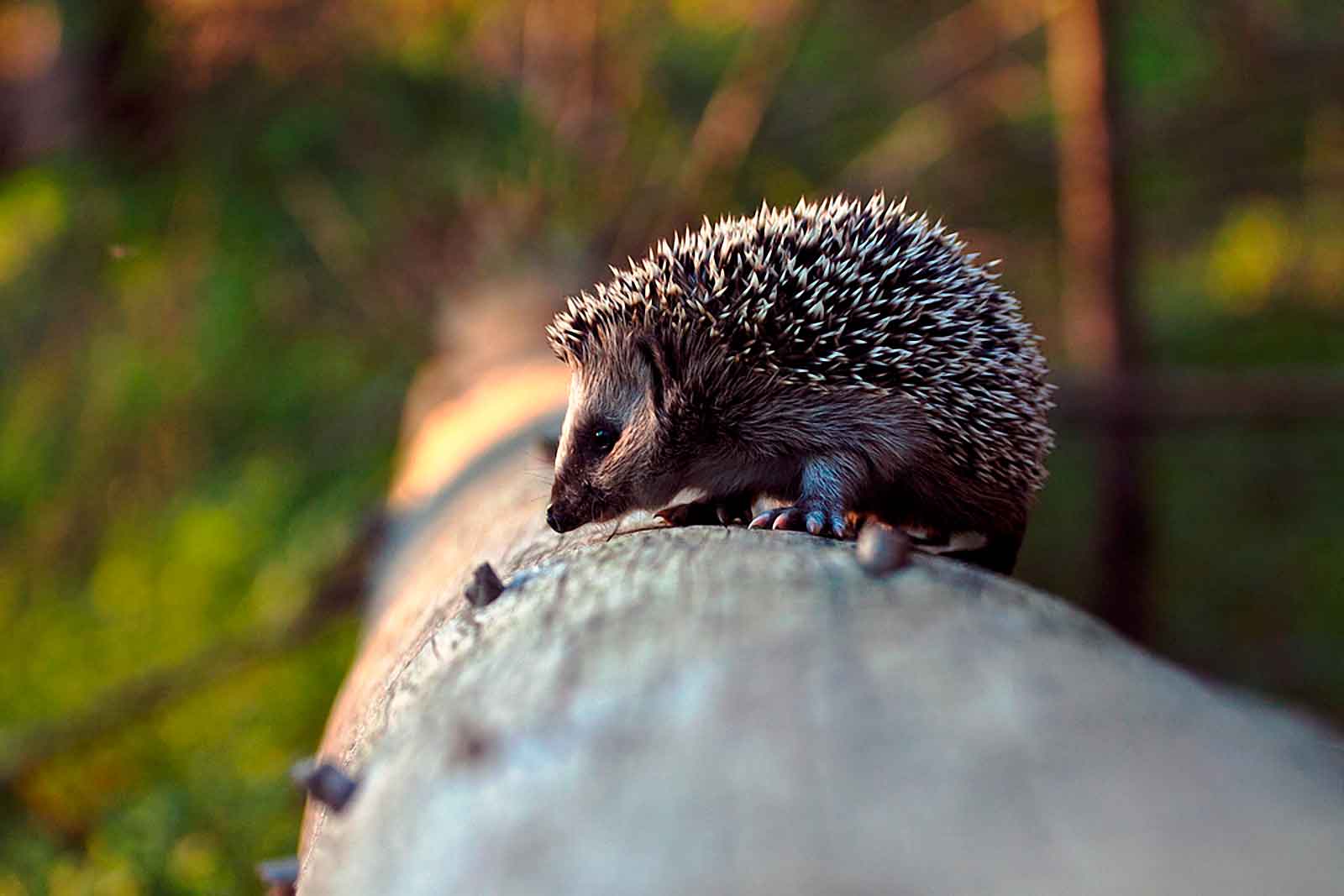 10. Very often children find a hedgehog and bring it home, trying to make a pet out of it. This is a big mistake. After all, hedgehogs are wild animals that lead a nocturnal lifestyle and are not amenable to training. In addition, they are carriers of serious diseases. In this regard, it is highly undesirable to have hedgehogs as pets. 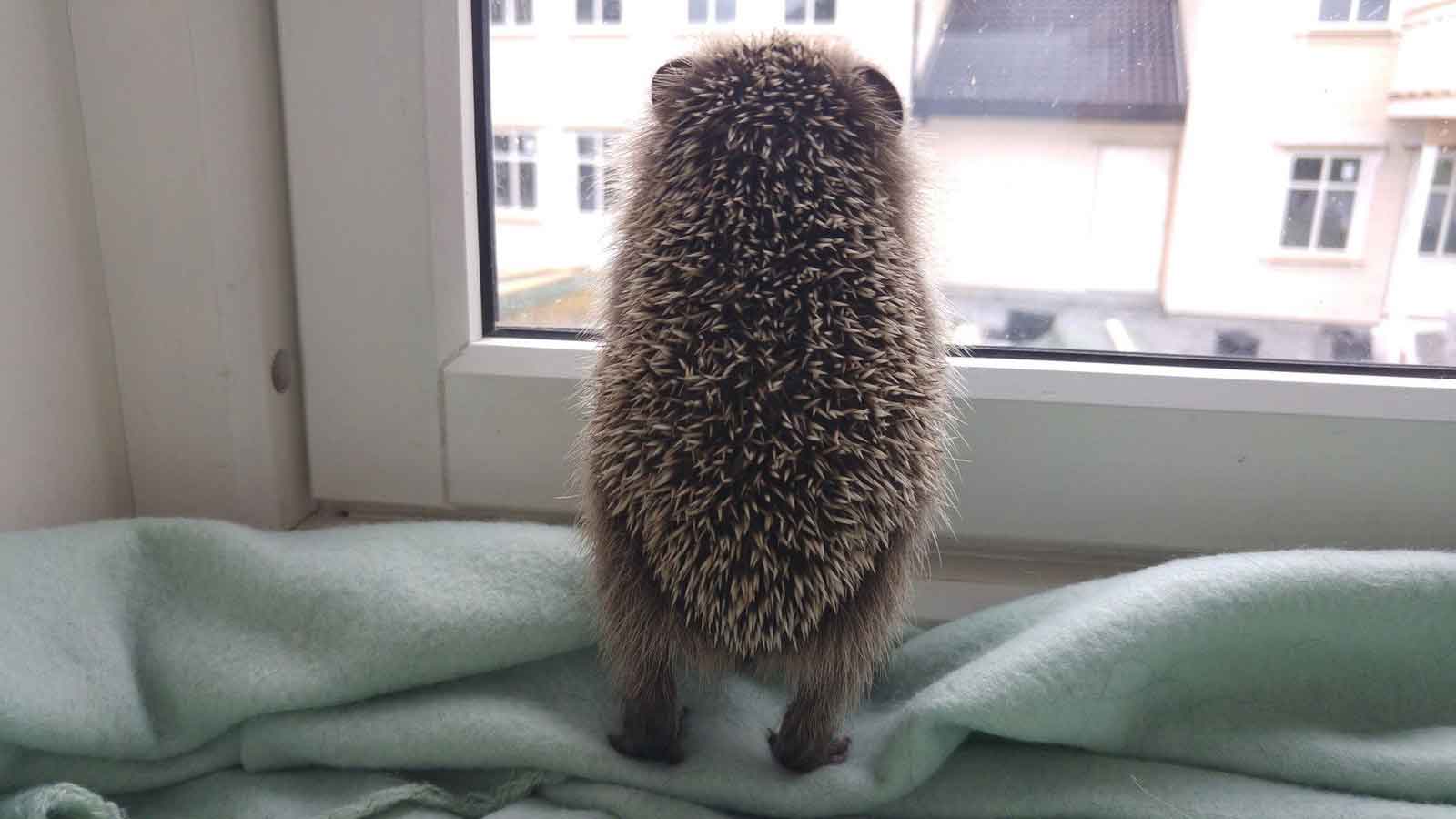