This fluffy kitten was brought to the procedure of euthanasia by its owners-breeders. The reason for euthanasia is crooked front paws. They found it too difficult to make an examination and identify the cause of the disease. Fortunately, the clinic-shelter in which the baby got, did not carry out the procedure of euthanasia. At the time of the examination, a place of temporary care was found for the cat. The task was to find a person who could not only take a kitten to himself but also take care of it. It was necessary to take the cat to clinics and provide medical assistance to the animal.

Such a person could be found only in the neighboring region. A volunteer who went there to live permanently offered her help. We started looking for transport to deliver the animal. Before moving, the baby was with another volunteer girl. It was she who was going to take care of the transportation of the animal. The cat’s eyes and ears were treated, the animal had the initial stage of a tick. The cat was cut out of the tangles of wool and brought out parasites. It turned out that the crumb was attacked by a whole flock of large parasites. 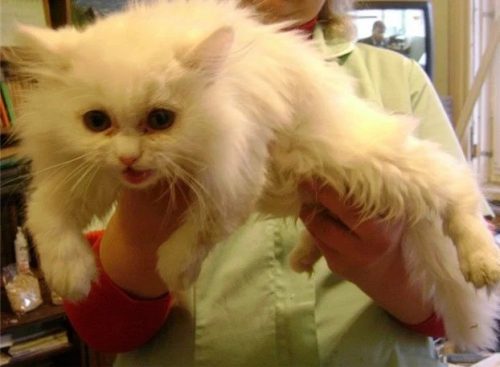 The baby was given the nickname Lapik. He turned out to be a sweet, sociable, and attentive baby. The baby quickly began to go to the tray, ate with an appetite. There were no problems with the paws, at least in appearance, the kitten moved quickly around the apartment. The problem was that the cat could not wash himself. The temporary owner helped him with washing. 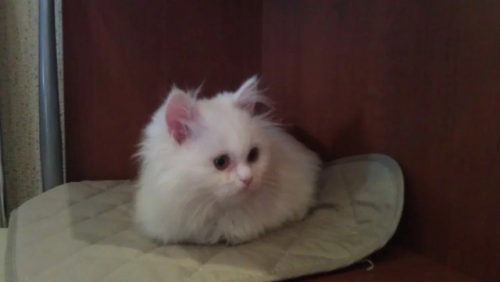 A day later Lapik was already at another place of temporary care. He was taken to the clinic for a consultation. It turned out that the Persian kitten lacks a radial bone.

Such animals are also called kangaroo cats. Lapik turned out to be deaf. In addition, he was found to have a significant shortage of body weight. The doctor said that the problems with the paws appeared as a result of improper breeding.

The doctor prescribed injections, vitamins, and special nutrition. As for the paws, they said that this is a feature that the Lapik will have to adapt to. 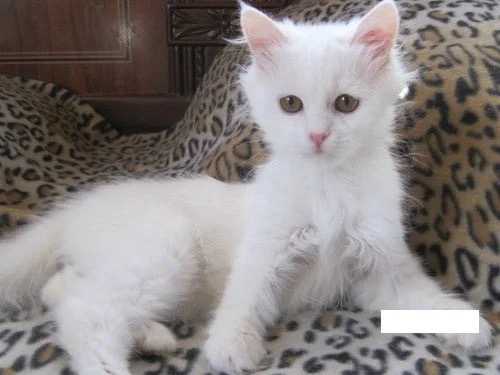 3 months have passed. The cat gained weight and they started looking for owners for him. There were a lot of people who wanted to pick up this cute kitten. Therefore, the curator conducted a strict selection of applicants. As a result, she chose a volunteer from one of the shelters. Their cat recently passed away, so people decided to get a new pet. Now Lapik lives in a family.