These events occurred more than two years ago. An exhausted dog was found by concerned people away from the city. The rescue of this dog can be called a real miracle, as it sat in high and dense grassy thickets.

It was quite difficult to see what was there. Flocks of flies flew over the poor doggy, who laid their larvae on the animal. The dog was in such an exhausted state that there was no strength even to fight them. As soon as the good people found the dog, the first thing they did was quench its thirst. The poor fellow greedily drank several liters of water in one gulp.

The dog had to be urgently taken to the vet for examination. However, it was quite difficult to complete this mission, because the dog could not even stand on its paws on its own. It is good that there were volunteers who assisted. The dog was put on a sheet, placed in a car, and taken to the clinic. In the hospital, it turned out to examine the animal in more detail. It was an adult hound dog. The dog had to be shaved in those parts where the flies were laying larvae. 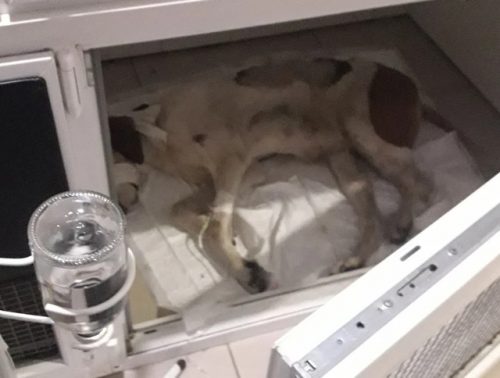 The dog spent several days under ivs. Then its paw was operated on. During the operation, veterinarians were able to determine that the dog was in the grass for at least a week. When the specialists tried to put the plate on, the poor dog’s bone almost burst. They needed the help of several assistants. All these manipulations were carried out to save the victim’s paw. Also, it took the help of four volunteers to deliver the hound dog to the place of temporary care. The dog was distinguished by its large size, but people managed to carry it carefully in their hands. 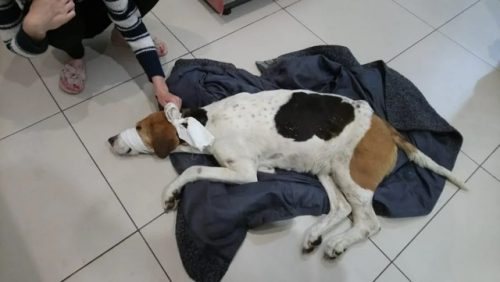 The curator gave the hound the nickname Vira. It is difficult to describe in words what the unfortunate animal had to go through. Fortunately, those terrible days without water and food in the sweltering heat are behind. 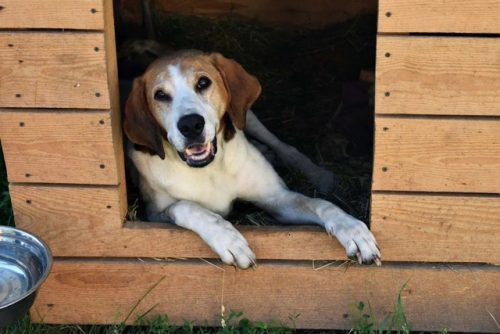 Vira was rehabilitated for several months. 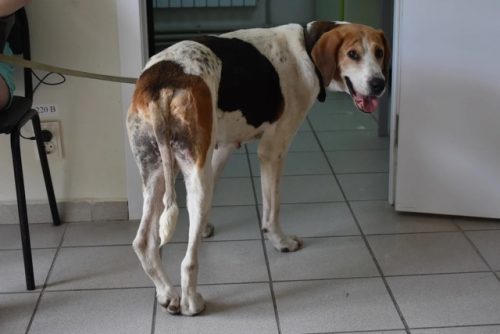 The dog spent a long time at the place of temporary care, despite the fact that it was distinguished by a pretty appearance. Perhaps the potential owners were repelled by Vira’s problematic paw or its large size. The dog was distinguished by fatness, it gained weight because it led a sedentary lifestyle. 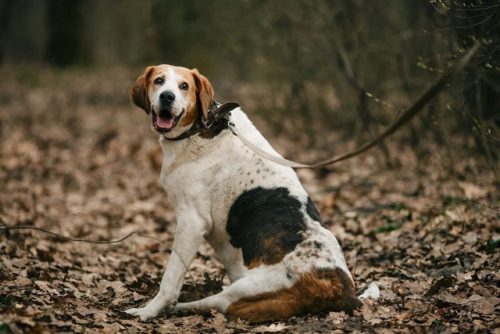 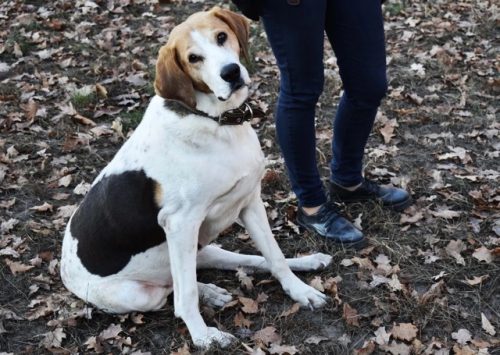 A year later, it was still possible to find owners for Vira. When it was brought to them, the dog immediately felt that it had come to its home. Vira immediately recognized the owner and settled at his feet, it did not even make any attempts to catch up with its curator, but only looked after him with a grateful look. 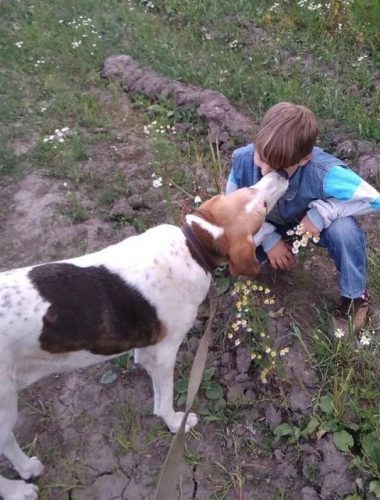 Vira’s owners live near the forest, so the dog leads an active lifestyle. Now its weight has returned to normal. Vira is happy with new loving owners who give it love and care. 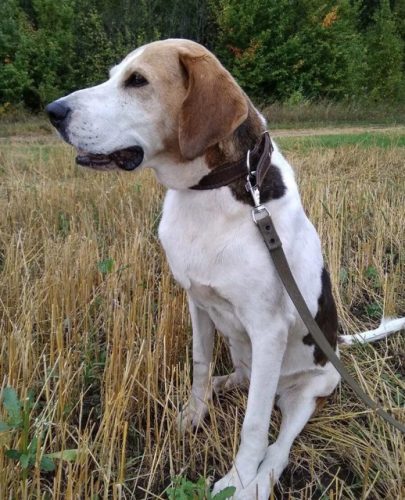