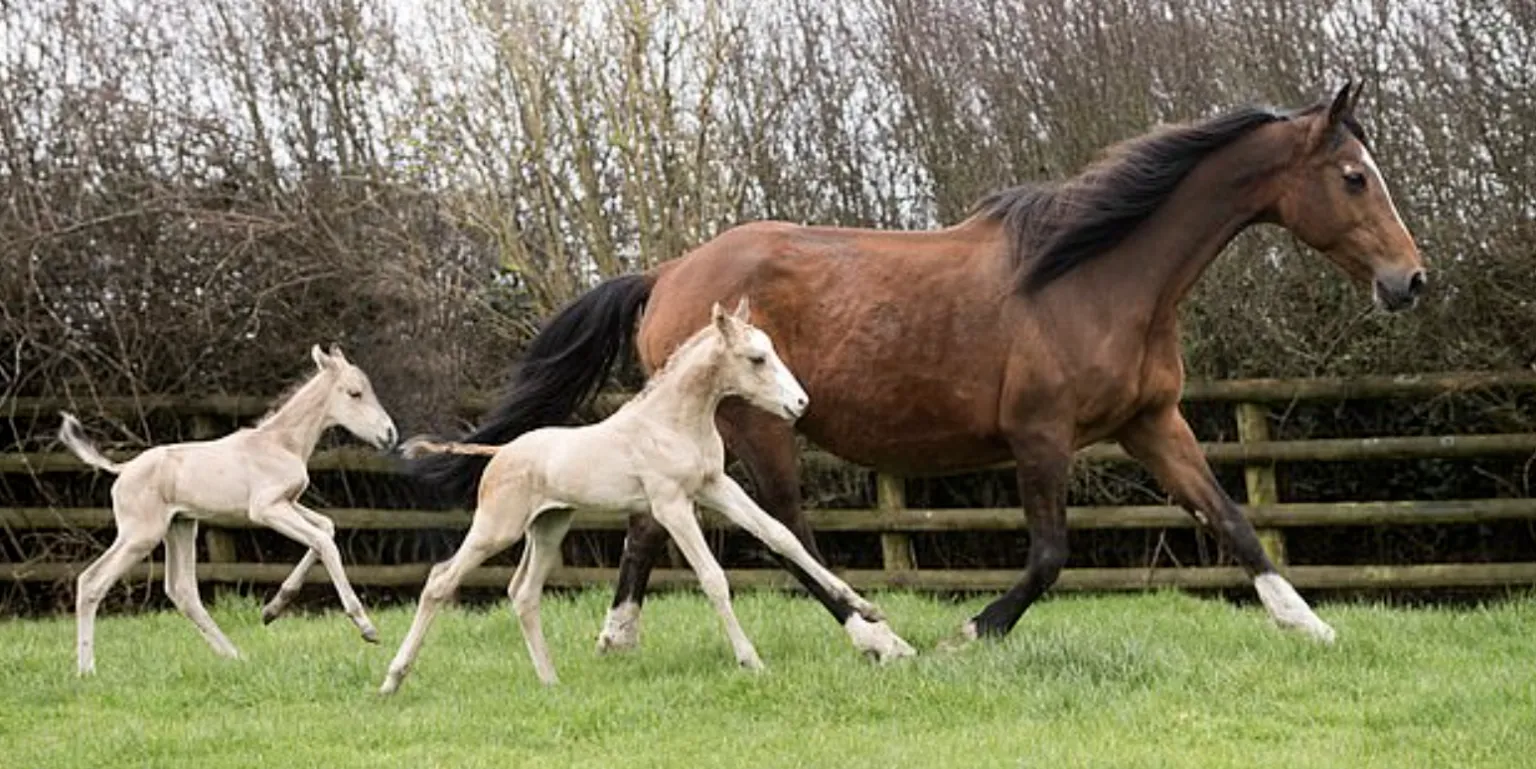 The 19-year-old mare surpassed all odds after giving birth to a second pair of twins, 18 months after the birth of her first twins. It is very rare for a horse to have twins during its lifetime, not to mention two in a row. But Destiny defied the one in a million odds, taking everyone by surprise, even its owner. Tanya McKee, the owner of the Gaston Farm Stud in Exeter, United Kingdom, was delighted when Destiny gave birth to twins in 2018. So you can imagine what she must have felt when the horse gave birth to another pair of twins 18 months later, judging by the fact that during the pregnancy the scan showed only one baby. Although the first pair of babies were identical, this time the two cubs have a few differences, but they are still as charming.

«Our fantastic mare Destiny gave birth to the perfect pair of foals — again!» — said in a message. «Both Destiny and her two foals were on their feet, and all three quickly enjoyed their well-deserved food, two little ones circling the stables and exploring the surroundings … only one fetus was found. At no stage of her pregnancy was there the slightest suspicion that something unusual had happened.»

The lovely twins, which are unnamed yet, are living at the farm alongside their older brothers Shockwave and Masta Blasta.

In the picture below, you can admire the foals dad – the majestic Lord of the Dance.