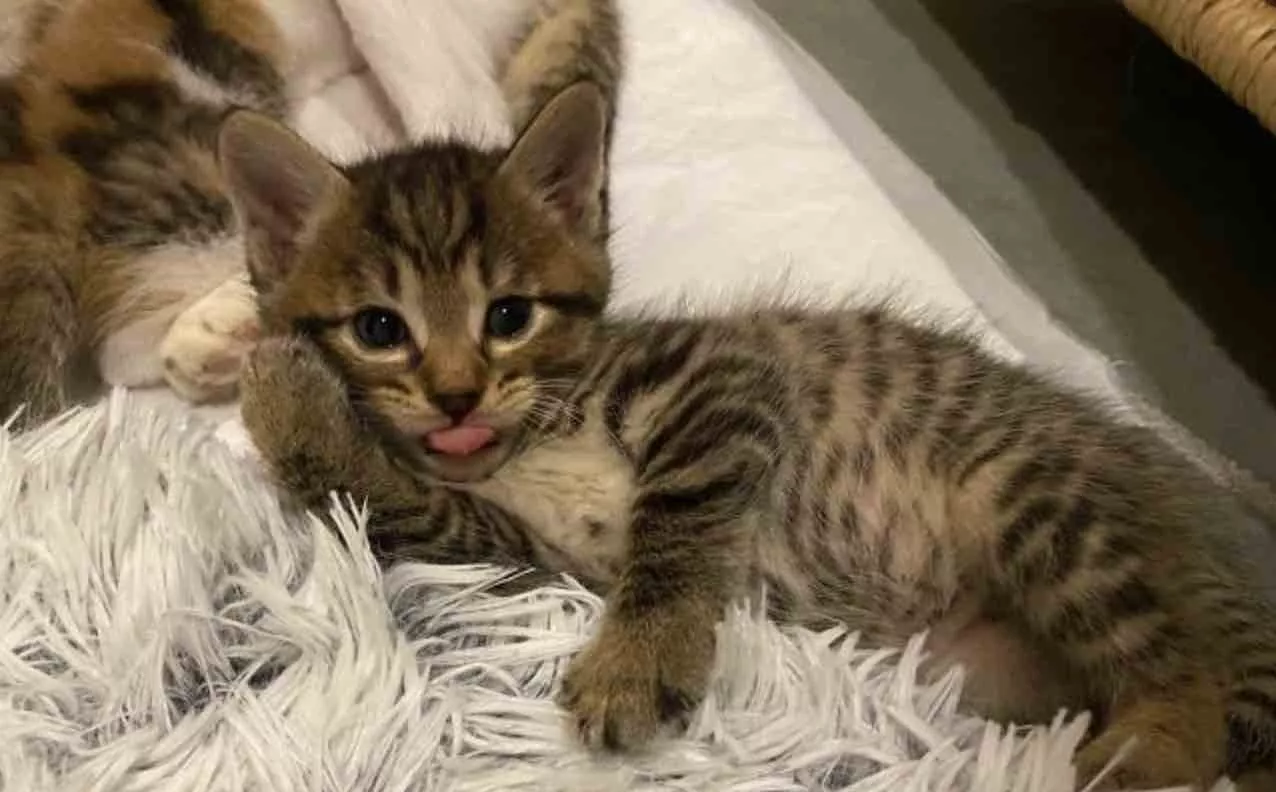 Yvonne was on her way to work one day when she saw a pregnant stray cat on the street.

The cat seemed friendly, she sat outside the office building, meowing at all the people passing by, and rubbing her face against anyone who paid attention to her.

Even though she was pregnant Yvonne thought the young kitty looked very thin. So decided to take the kitty inside with her, she knew that this would be okay as she worked with a bunch of cat ladies!

She was sure that all of her workmates would be willing to look after this young soon-to-be mother and help her get ready for the big day.

The ladies at the office decided to call her Boba, this was because her belly was so round. They put her in one of the spare meeting rooms with a lovely comfy bed, a litter box, and plenty of nourishment which included dry food, fresh fish, tuna, and milk.

Everything to make her stay as comfortable and safe as possible.

Boba continued to be friendly to everyone around her, she realized that she was in a safe place to have her babies which were due any day now.

A few nights later there was a big storm and when everyone arrived in the office the next day Boba had given birth to eight kittens! No mean feat for such a young kitty.

Here they are just a few hours old…

She had four boys and four girls and showed herself to be a wonderful mother despite her age. There were five tabbies, two gingers, and one calico – all beautiful.

And here they all are, a pile of kittens taking a nap together, totally unaware that they are being watched on by a group of caring cat ladies.

Two weeks passed and the little kittens began to open their eyes, this is No Ice, she’s the smallest one in the litter and is considered one of the sweetest.

And this is Grass Jelly, he’s the biggest of the bunch!

The two gingers are named Milk Topping and Pudding.

And here’s Oolong, what a sweet-faced kitten

This is Black Sugar – he’s the sassy one!

And here’s Oat being silly…

Here they all are grouped together for a family portrait

Boba has proven herself to be a wonderful and doting mother, and as you can imagine all the ladies at the office are finding it hard to concentrate on working when there are so many kittens distracting them!

Everyone agreed that the family could stay until they were ready to be put up for adoption. Mother Boba will be spayed and hopefully will find a home with one or two of her kittens.