This little kitty was born with a pair of worried eyes. He arrived at the San Diego Humane Society Kitten Nursery at only 4 weeks old with his siblings and stole everyone’s heart. 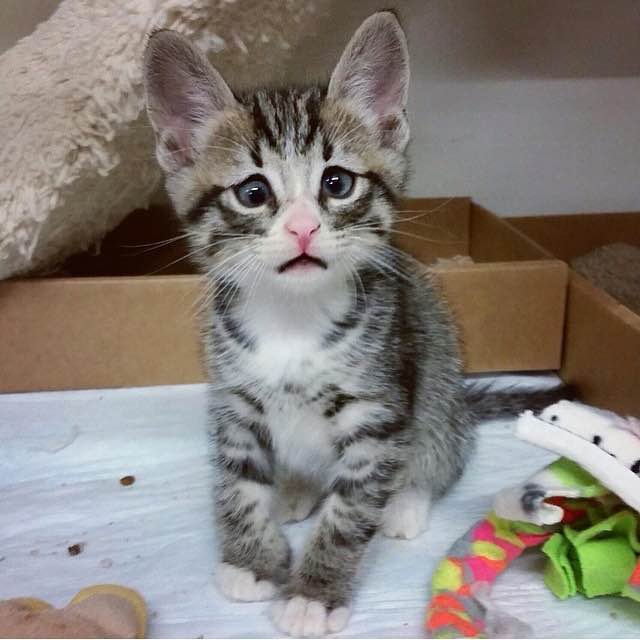 It was immediately noticed that he was a bit different from his brothers and sisters, his eyes are crossed in a way that makes him look forever worried, but rest assured he is healthy, happy, and as charming as he can be. 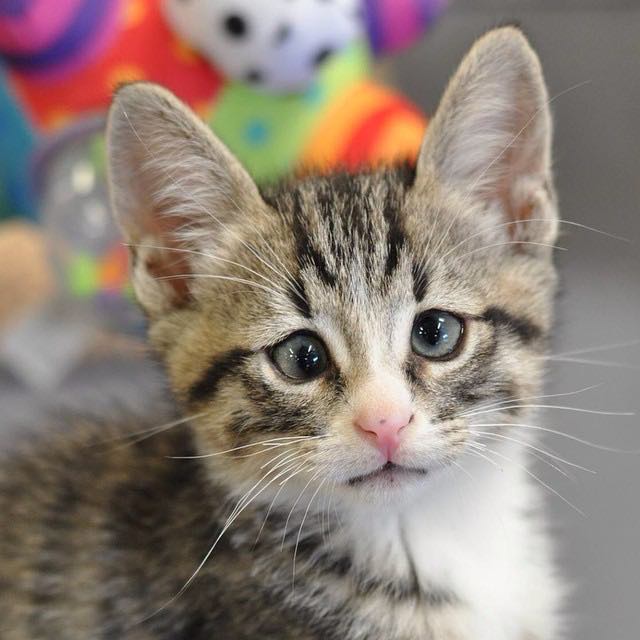 He was soon adopted and his human, who named him Bum, told Love Meow: “He is shy with new people, but once he knows you he is a love bug. He loves morning cuddles and sleeping under the covers!

He also LOVES other cats, especially kittens, and has helped raise multiple Foster litters and even spend time with injured ones who are being rehabilitated.”

She added: “He is almost as goofy and silly as he looks, but SO SO smart and bright.”

What an adorable face! 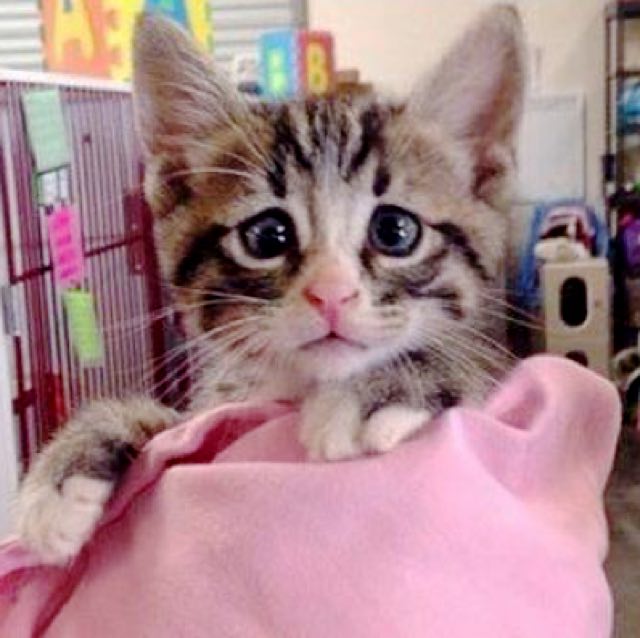 Bum likes to help his human raise the foster kittens. 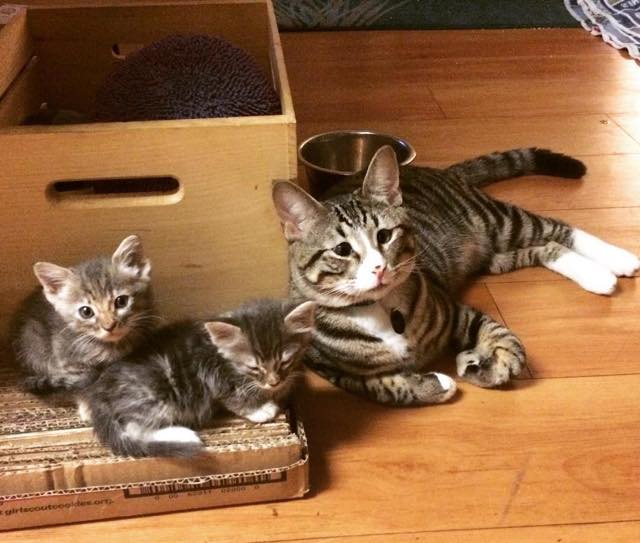 He’s been growing up real fast! 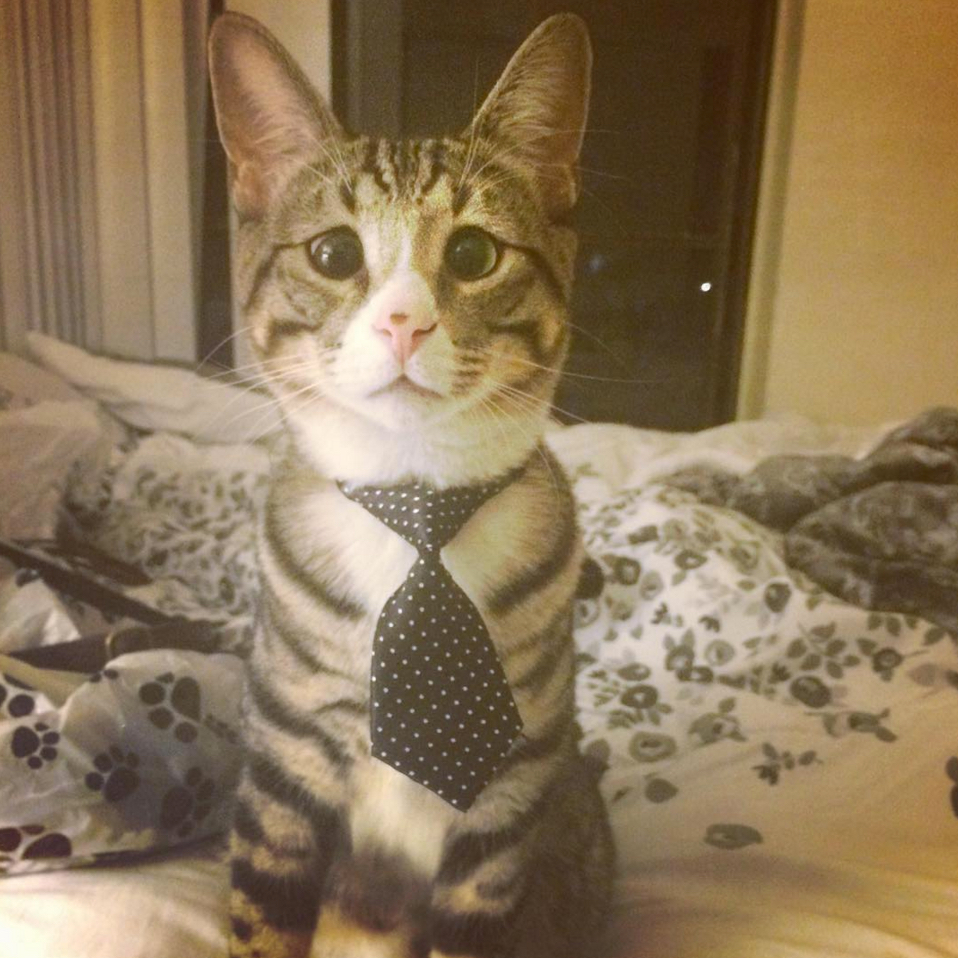 Here he is with his best buddy Admiral Kitty Kingman. 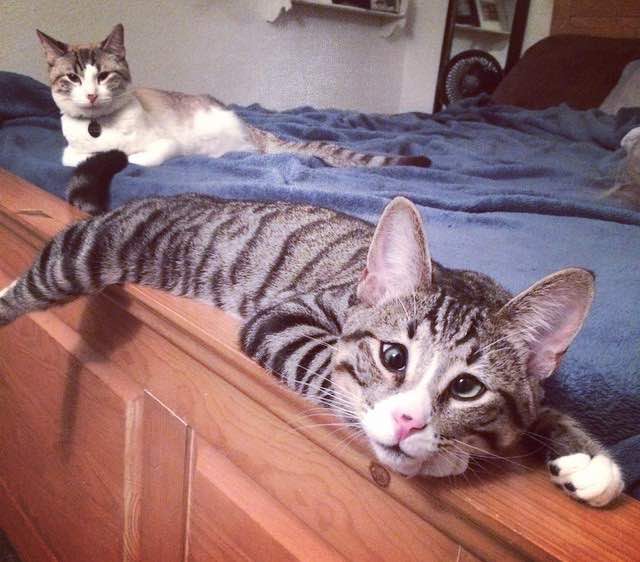 Bum is a very bright cat and he loves to explore.

And he has a very cute freckle on his nose! 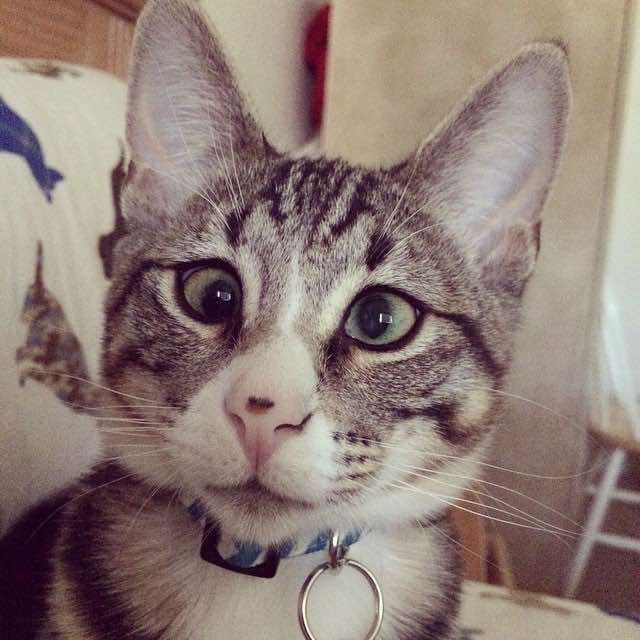