There’s no point in sitting around looking like a sour cat, but if you are Sir Winston Smushface, that would make you very popular. 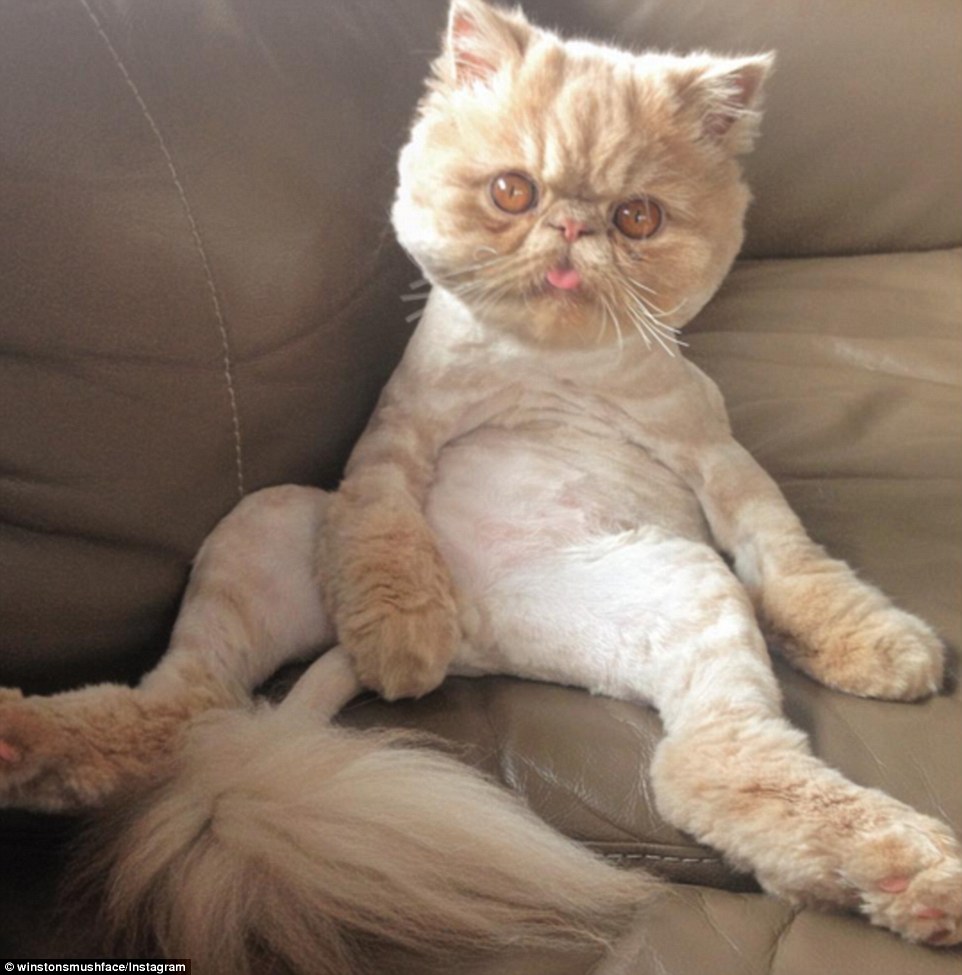 At times, he may look like milk has gone sour in his bowl, but it was these expressions that led the flat-faced Persian cat on the path to fame on social media. 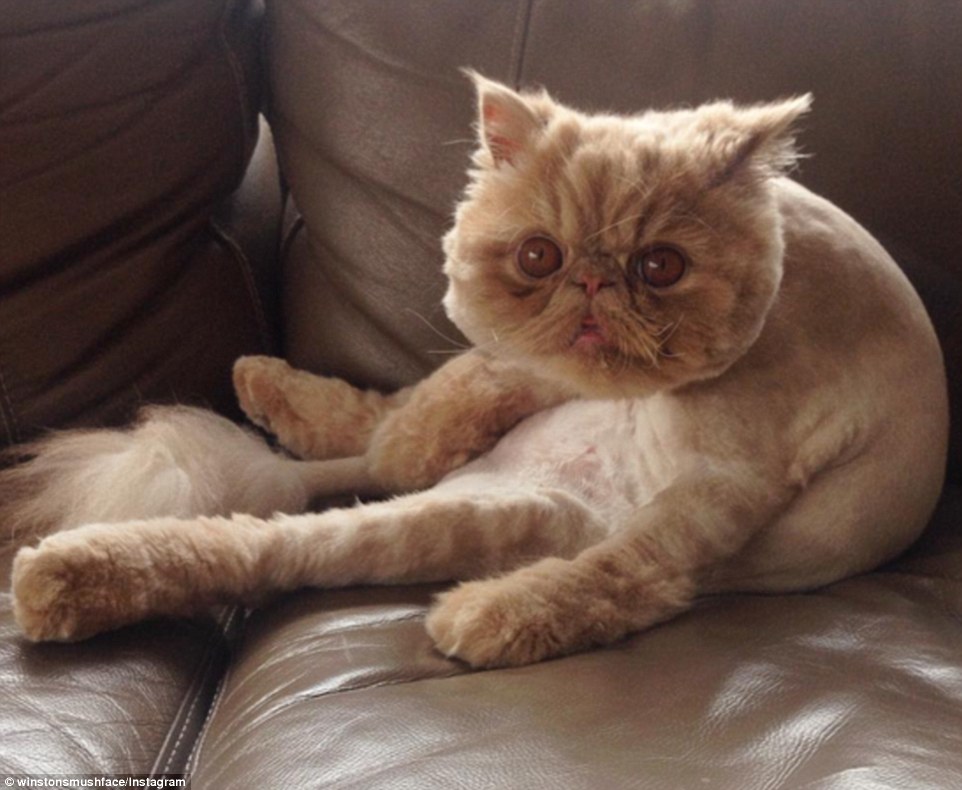 Owners Jessie Jones and Nick Atkins, from the Gold Coast, Australia, were swift to set up his own Instagram account, and he already has nearly 4,000 followers.

Nick Atkins explained that it was sheer luck that brought this feline friend into their lives.

“We went out to a cat breeder near where we live and were told that an old lady had just returned one as she’d fallen ill, so we could have him,” Nick told Daily Mail Australia. “We wanted a boy cat and one who looked like Garfield. Plus we got him for free, so he was perfect.” 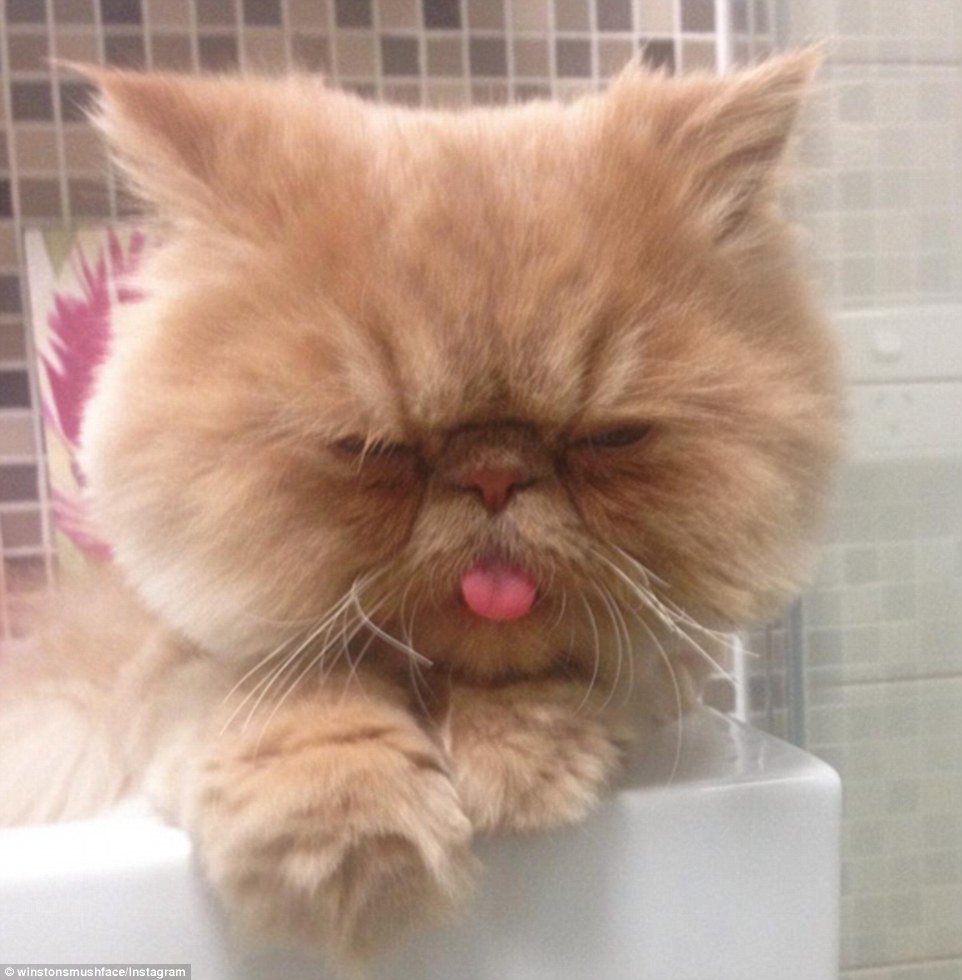 It was a few months later that they noticed he had to get into the habit of sitting up and he hasn’t stopped since.

“He started doing it to lick his feet but now he’s doing it more and more, especially in the morning. When we wake up he’s just sitting there at the end of his bed looking at us,” he said. “His tongue is also nearly always out – it just depends how far. It’s just his thing.” 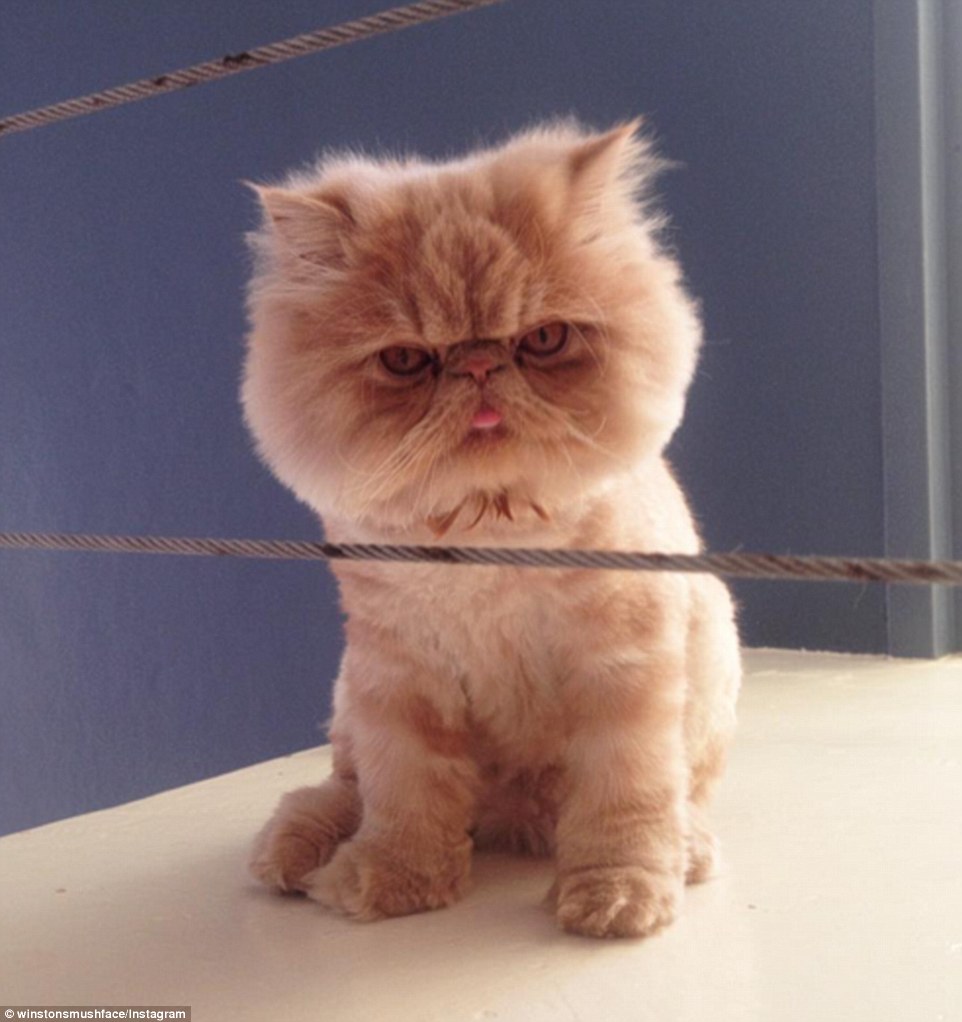 Jessie said: “He just looks like he needs a beer. He’s so silly, his tongue is always sticking out and I just am constantly on my phone capturing the funny things he does.”

This cat-loving couple has even hinted Sir Winston, who will be one year old today, might have a future in Hollywood. 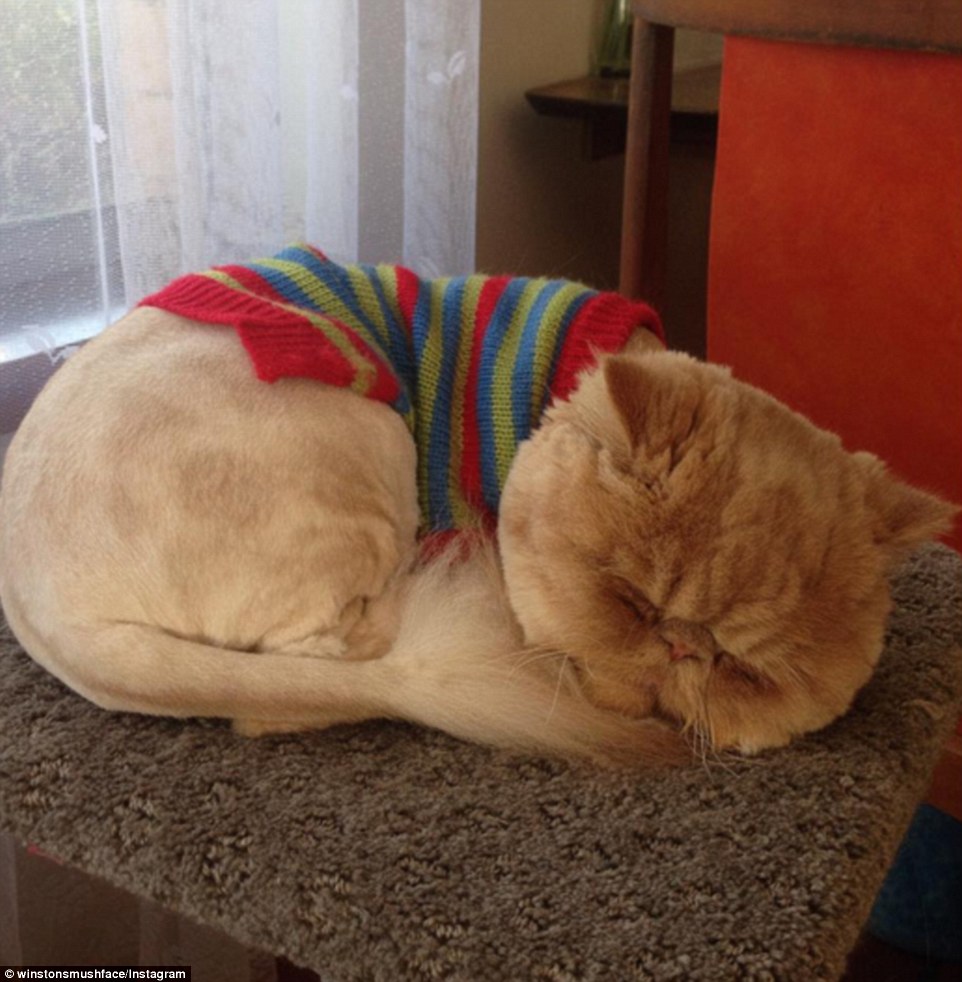 Move over, Grumpy Cat, there’s a new kitten in the block!