A curious cat broke his two front legs when he fell 12m (40ft)  from a window while bird watching.

A neighbor of black and white Shinji saw him fall and alerted his owner 21-year-old Hannah Hancock from Clayton, Newcastle-under-Lyme in the UK. 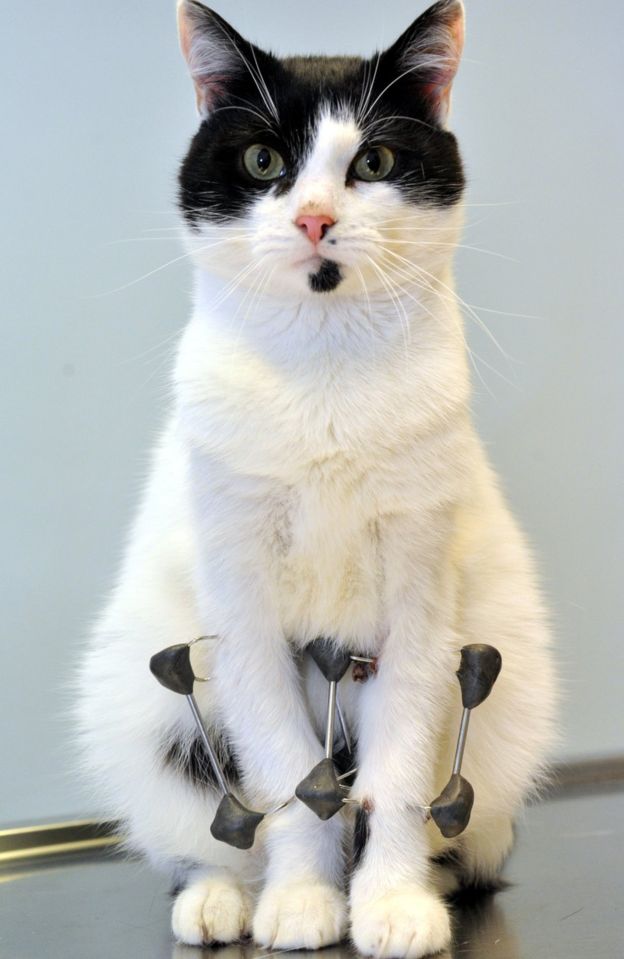 Apparently, Shinji often watches birds from the window and must have somehow pushed the window open to try and chase them, she said. But fortunately, he is now he is back on all four paws with frames securing his legs.

Hannah said when she arrived at the vet with she was “shocked and hysterical” but thanked the team for saving her pet’s life following his third-floor window plunge. 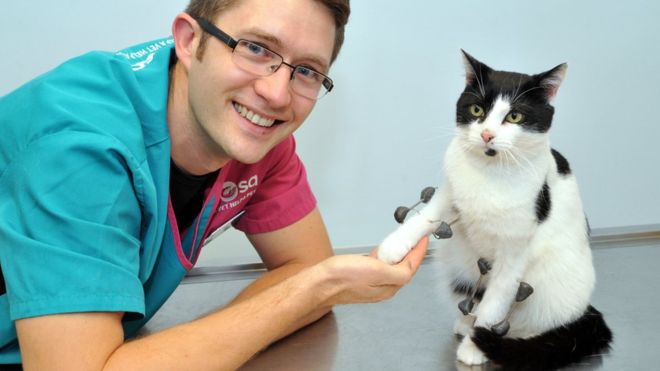 Shinji’s vet said: “Thankfully we only see a very small number of cats who have been unlucky enough to break two legs at the same time as it was a complex operation to perform but fortunately quite rare.”

He added: “Shinji’s x-rays showed clear breaks and his surgery was complex because of where the bone had fractured, but he had a lot of fighting spirit. Just 24 hours after the operation he was up on his feet again, albeit with the external fixators holding his broken bones in place.”

He is due to have the rods removed in the next few weeks.

Hannah added: “Despite everything that’s happened he still likes to watch the birds but we’ve ensured the windows are locked and secure now so he can’t do it again.”

What a brave and very lucky cat!