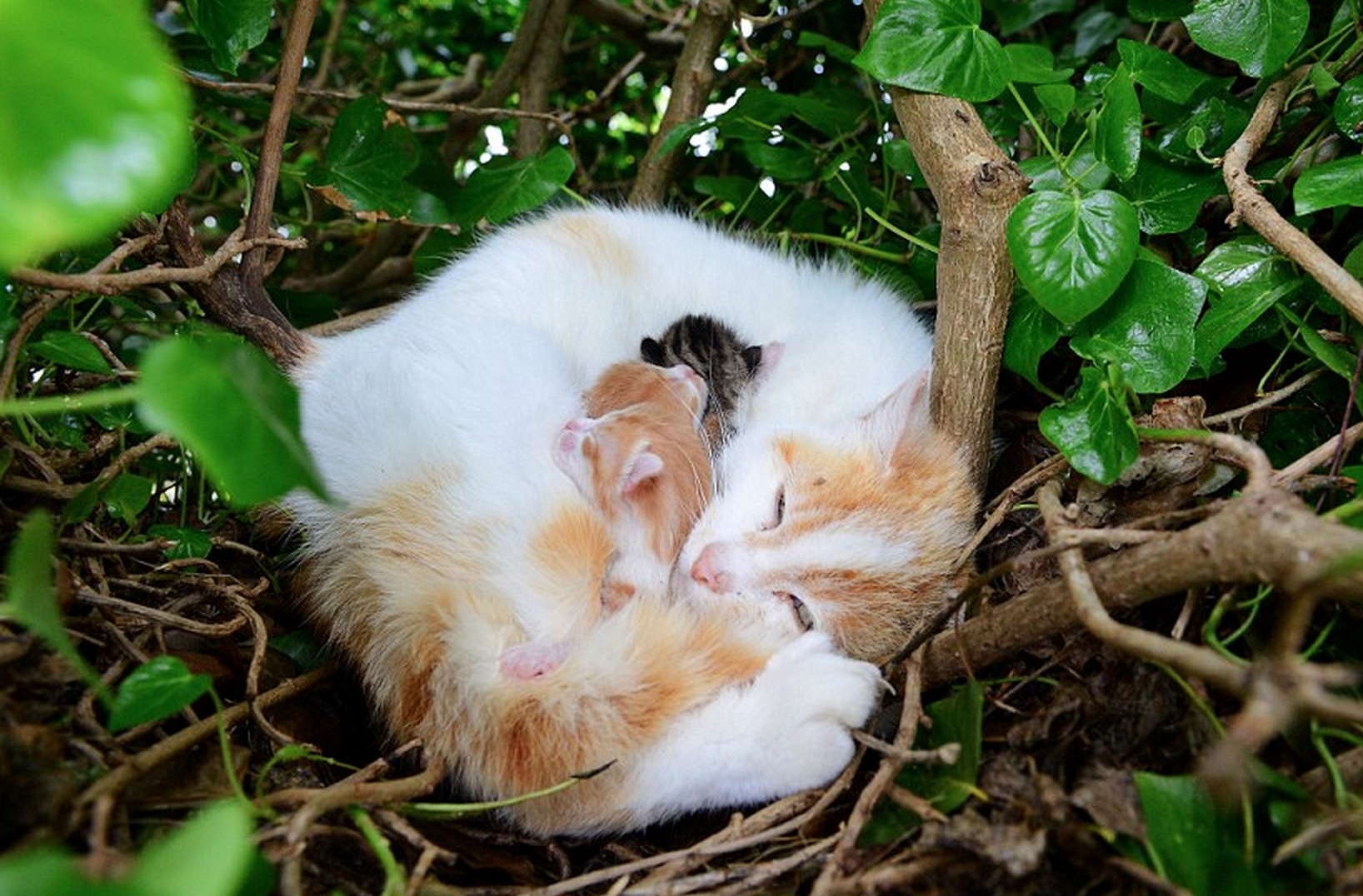 When he decided to investigate the source of the noise, imagine his surprise when he climbed the stairs and found four newborn kittens alone in a pigeon nest. 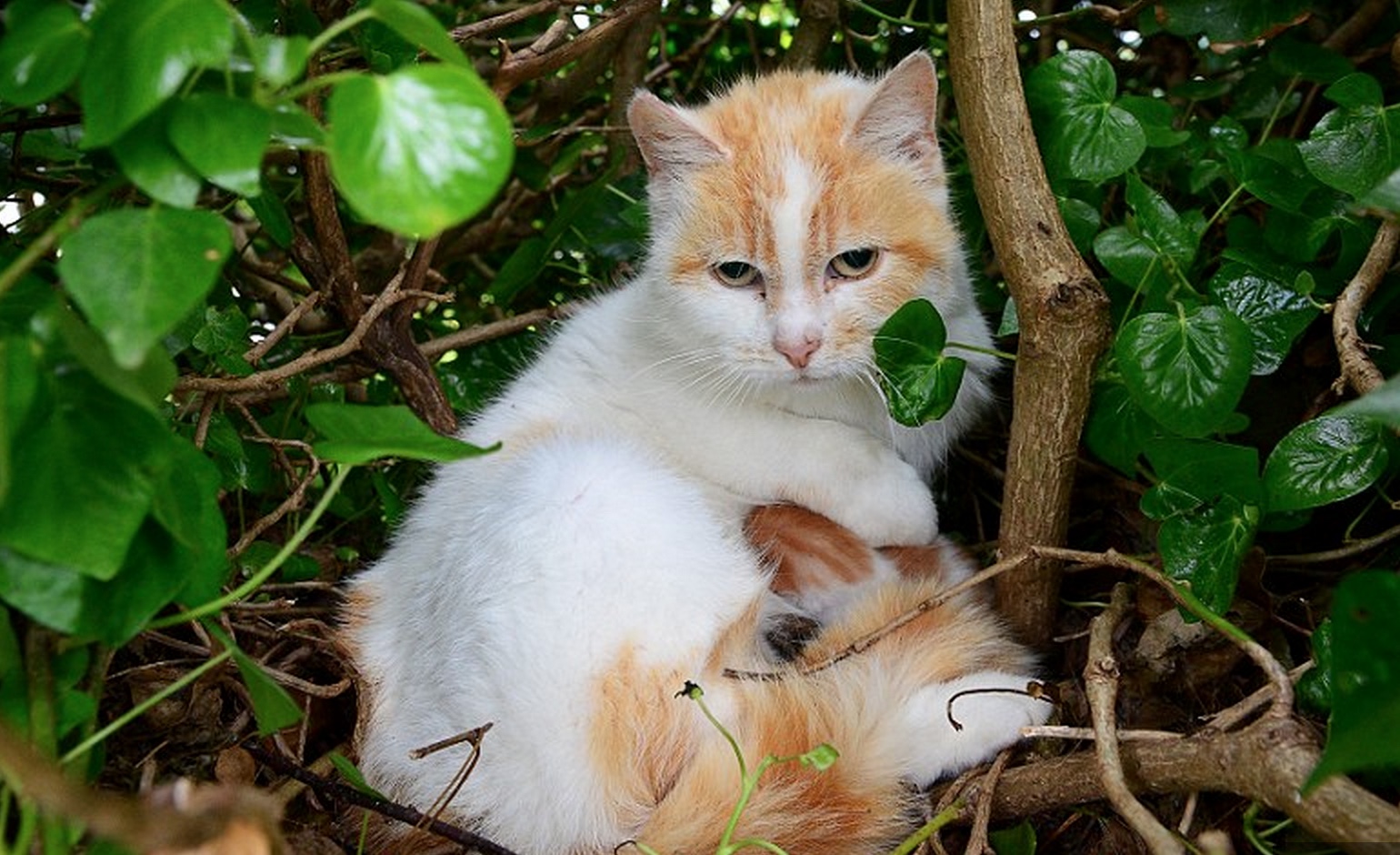 When his wife Fiona returned a few hours later, she found a cat mother feeding kittens. Fiona, who regularly feeds homeless cats at her back door, said ABC News: «We left them there because there’s not much we can do, kittens need to be at least six weeks before they can be taken from their mother».

She added: “It turned out we knew the cat. We always used to see it by the alleyway. It was pregnant, and it disappeared a few times. In a couple of weeks, the mother will probably bring the kittens to the back door for feeding. When they’re older, we’ll take them in, get them tamed and find permanent homes for them.” 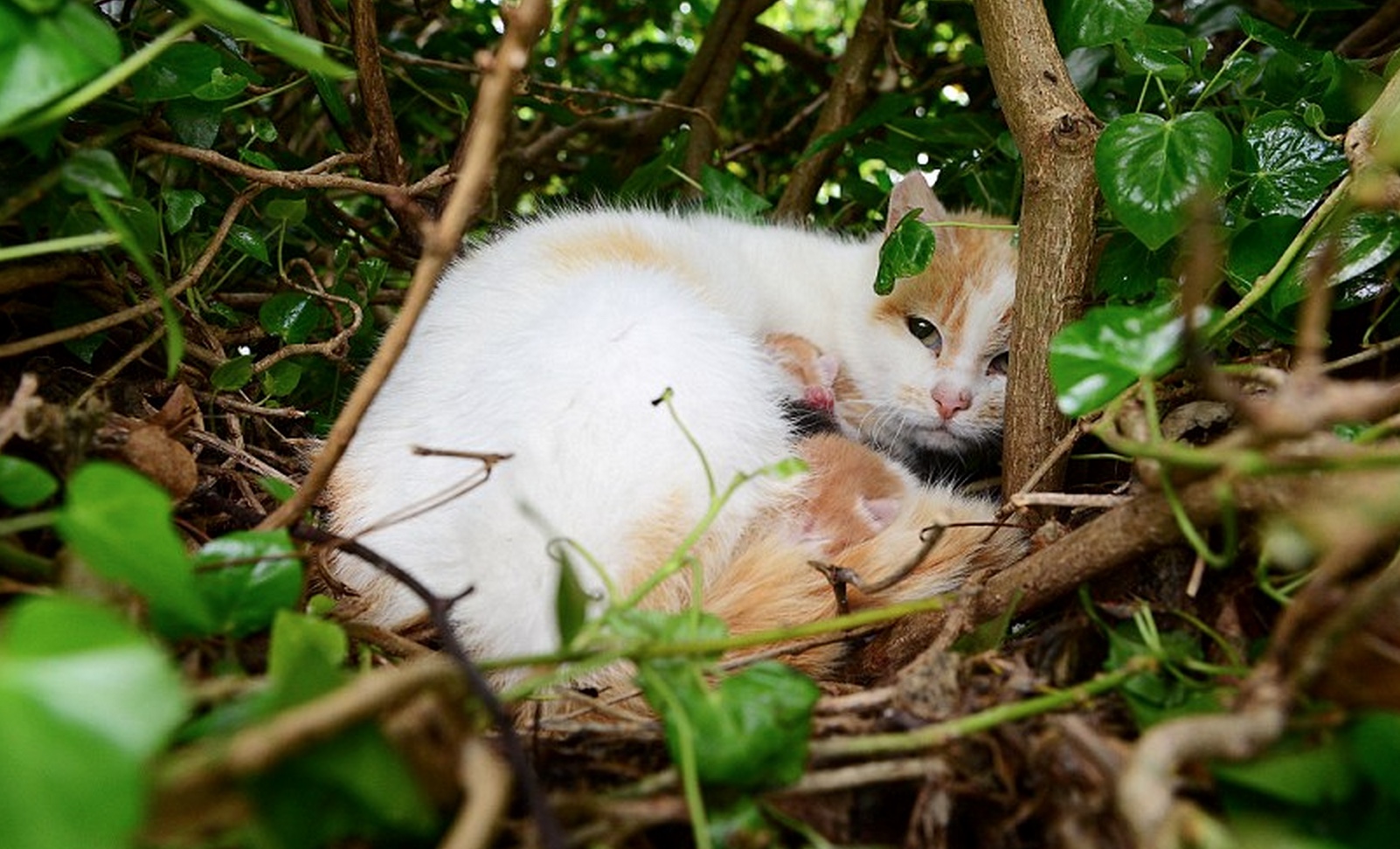 The couple said that after heavy rain the white and ginger cat had moved its litter to safety, probably under the garden shed. It turns out that a lot of customers at the pet shop have shown interest in adopting the kittens when they are old enough.

Everything seems to be going well for this charming cat and its four kittens, who have found a very strange place to babysit its cubs. 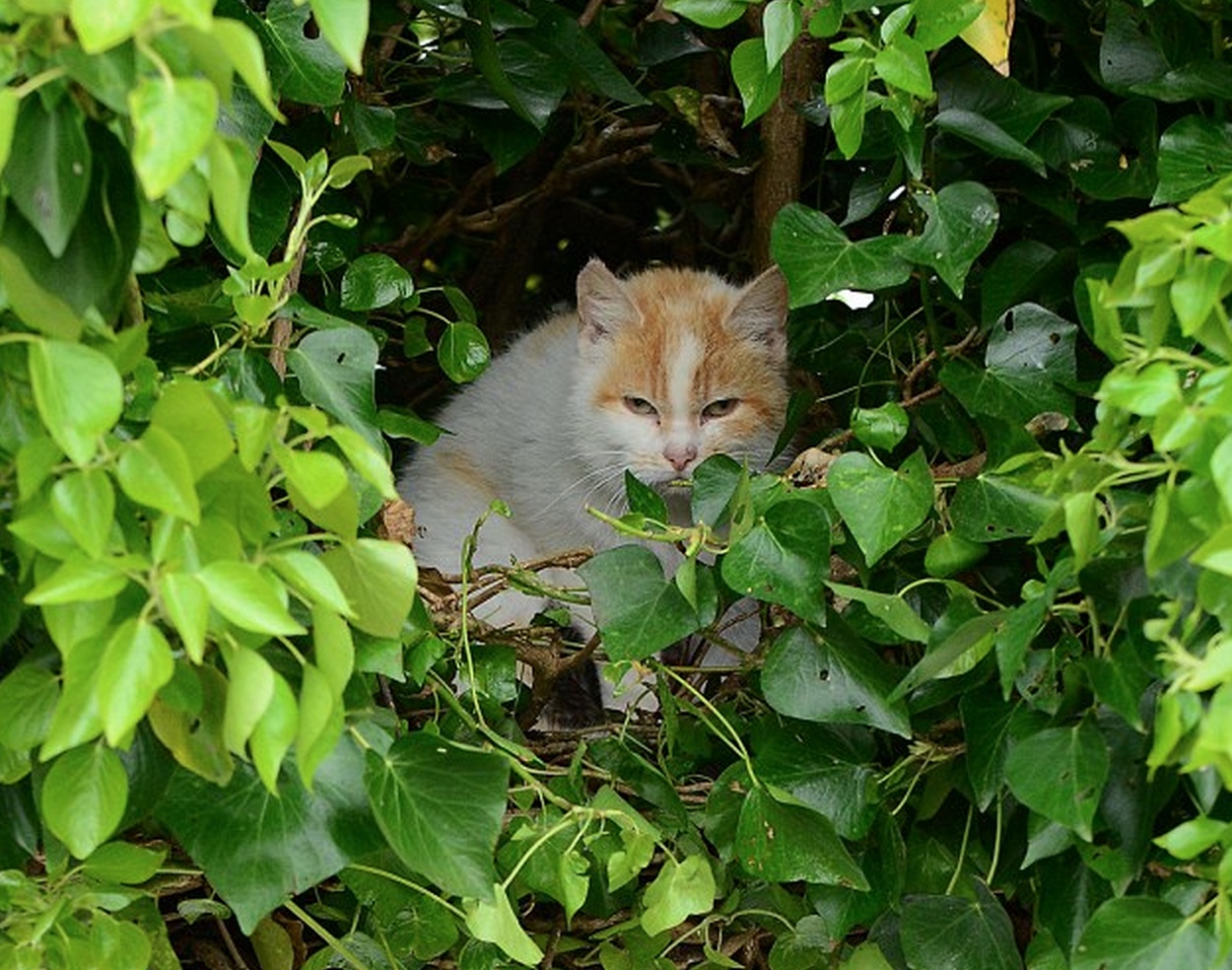