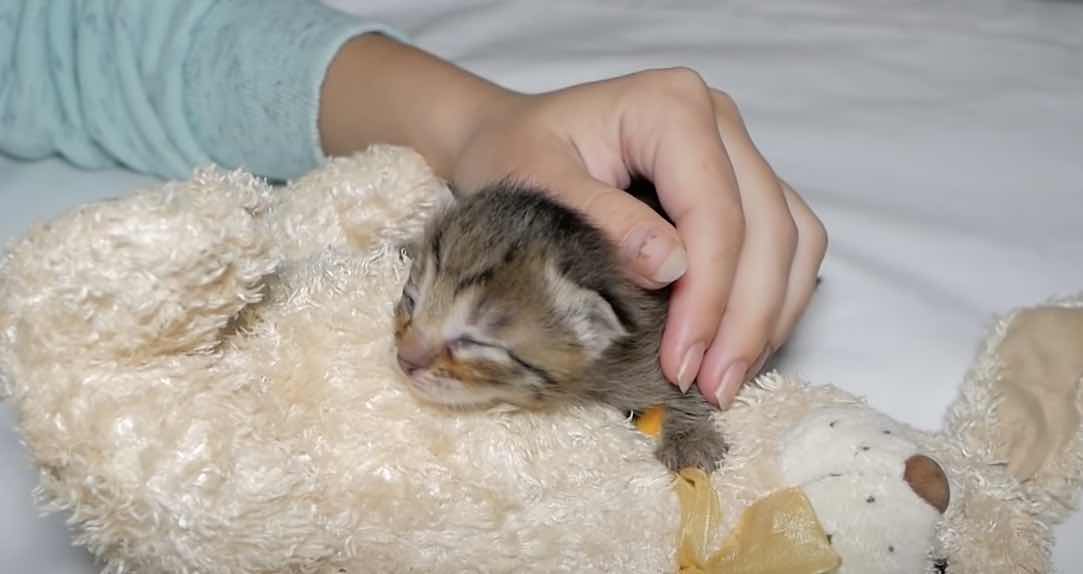 Stojan and Dessie are a couple who live in Bulgaria. They spend a lot of time looking after homeless cats in the neighborhood and hope one day to build a shelter so they can expand their care program.

Anything they can give cats comes from their own pockets or from donations from their YouTube followers.

In this video, we see them making their nightly rounds to take out the trash and feed the local homeless kittens.

When they go to the Dumpster, they hear a quiet meow coming from the inside. Someone threw a shoebox full of baby kittens into a Dumpster.

The garbage truck usually makes its rounds around 5:00 a.m., so these tiny kittens are lucky that Stojan and Dessie arrived on time. The night was cold, and they had no idea how long the two kittens were in the Dumpster.

Unfortunately, this kind of thing is not uncommon where they live, especially in kitten season. People throw their newborns in garbage cans, plastic bags, or worse.

This caring couple does their best to help poor animals, but many of them don’t survive because they’re so tiny.

So they took the kittens home and put them in a warm place, next to four other abandoned kittens they had just rescued. As soon as the kittens were warm, a man and a woman began feeding them every two hours.

One kitten was a boy and the other was a girl, and the couple thought they were about 10 days old. Soon the babies’ eyes will open, and they’ll have to choose the names for the brothers and sisters.

I know that this caring couple will do their best to ensure that these kittens will survive.

Watch the video to see what happened: