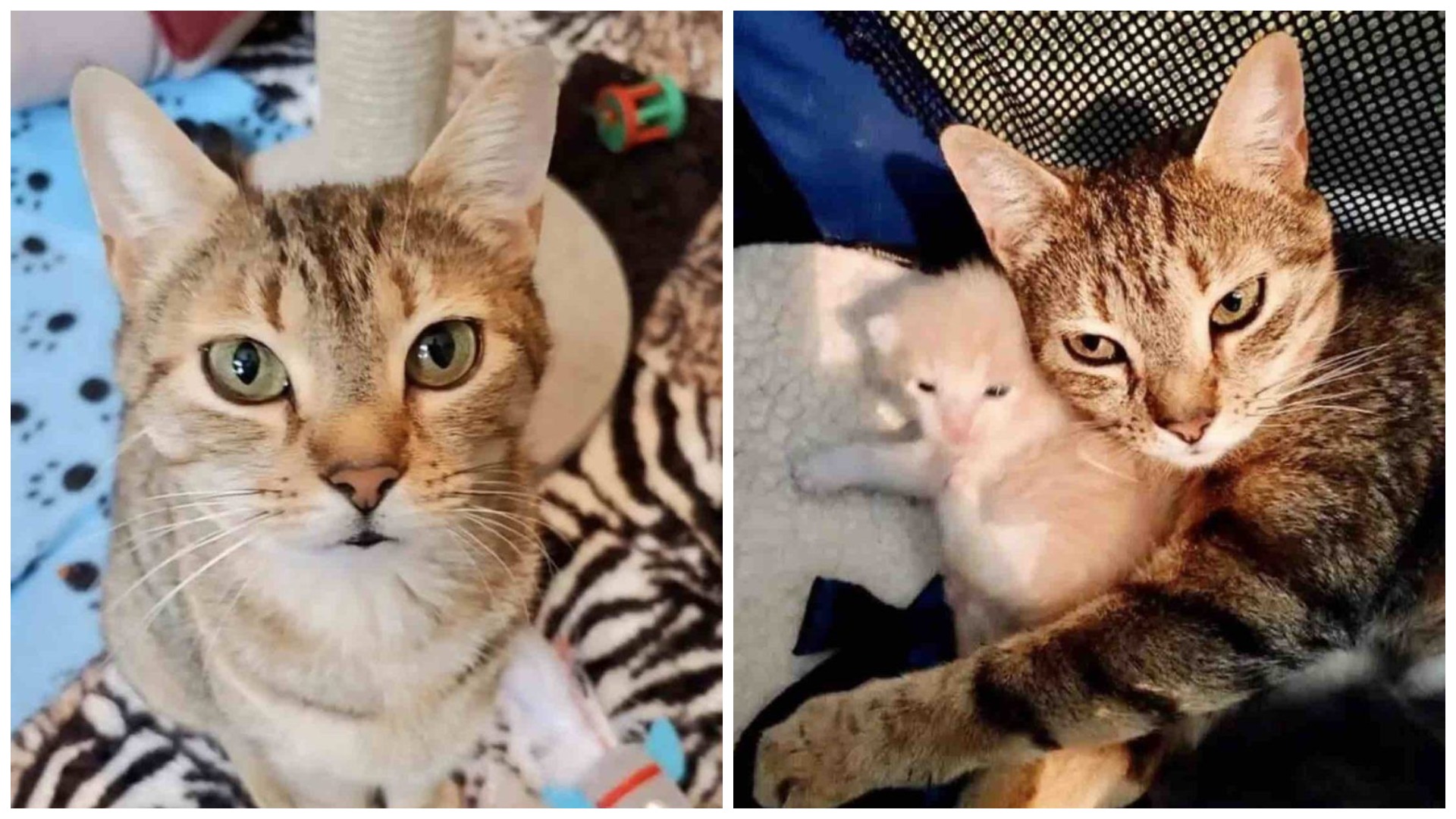 Toodles is a stray cat that was living in a mobile home community. One day she was attacked by one of the dogs there and needed medical attention.

Fortunately, help was at hand because Mindy, who also lived in the same community, was an employee at Anne Arundel County Animal Care & Control and she rushed Toodles to the shelter so she could be seen by a vet.

As soon as she arrived there it was obvious to all that Toodles was a new mom. Now that she was safe at the shelter, Mindy wasted no time to begin the search for her litter of kittens.

«Toodles was lactating and had recently had kittens,» explained a spokesperson for the shelter. «Mindy alerted her neighbors to be on the lookout for kittens. Five were found under a mobile home and Mindy rushed them to the shelter.»

When the first kitten was placed onto Toodles bed, she had a little sniff about and then began to meow with joy.

The rest of the kittens soon joined this happy reunion with Toodles letting out tiny squeaks of happiness.

Take a look at their heartwarming reunion:

It didn’t take long for the nursing to commence — these 2 week-old kittens were very hungry!

The shelter managed to find a foster home for the whole family and they were transported there the same night.

Now that Toodles was in a safe environment with her babies, everything should’ve been okay, but one of her carers noticed that something was bothering her.

Then a few days later, a sixth kitten was discovered crying for her mom under the same mobile home where her siblings were found. Mindy was quickly on the scene and rushed the kitten to be reunited with her family.

As soon as she saw her mom, the little kitten, now named Percy, dived right in for a meal, she must’ve been very hungry.

And you could see that Toodles was a lot more relaxed now that her family was complete.

Soon, all of this adorable family will be spayed, neutered, and microchipped. Families have been found for all of them.

Mindy said: «Toodles and Percy were the first to find a home — together. That warms all our hearts, as the moms so often are the last to be adopted.»

Who would have thought that a dog attack would have such a happy ending!

ANIMALS 0 66 views
A pregnant dog just required a location to give birth to her puppies. She