A married couple from Great Britain was devastated when their cat Bear was hit by a car.

Sadly the kitty passed away but little did they know they would soon receive a note from a stranger that revealed their cat was someone else’s friend too. 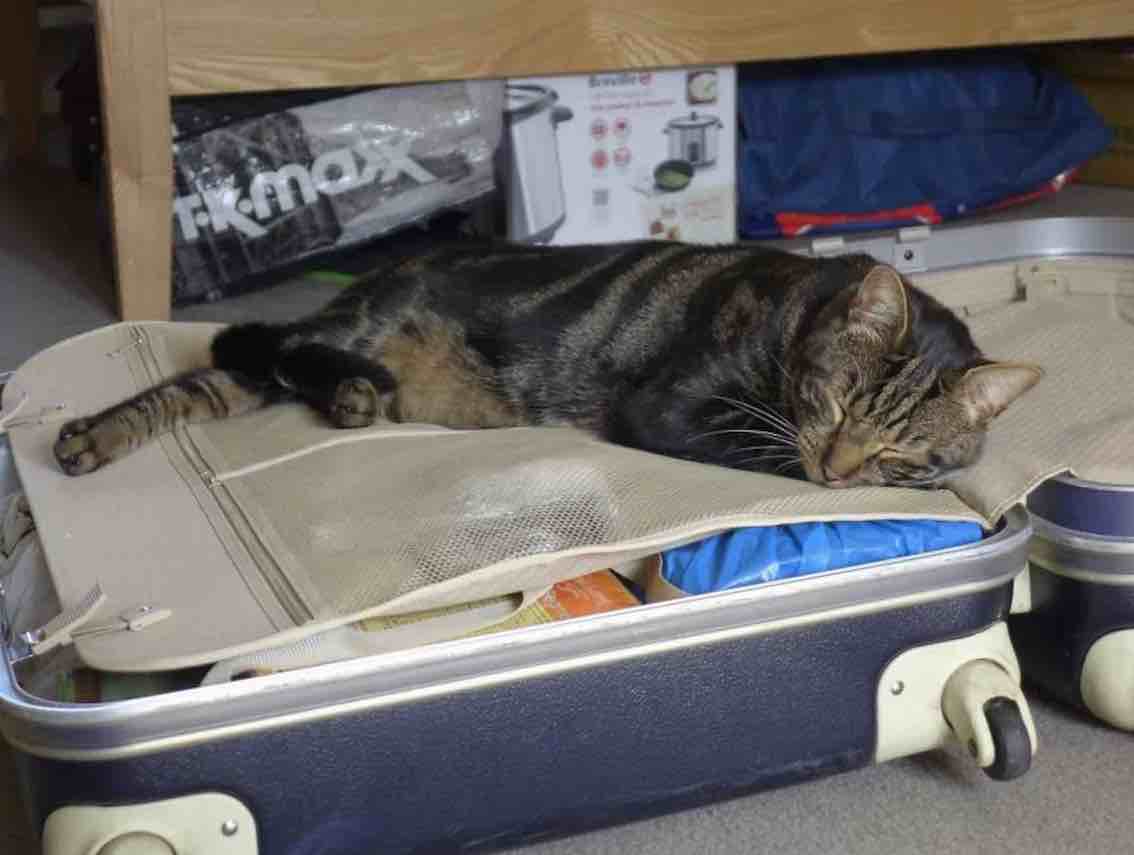 Bear was inseparable from his brother Teddy and the pair often went off on adventures together.

It was just after Bear’s death that Teddy came home one day with a note attached to his collar.

The note read: “Dear Owner; I’m your neighbor, living in 4. I’m also your cats’ close friends as they (2 cats) are used to coming to my room every day. But one of them, a bigger one has disappeared for two weeks. Is he ok? I’m so worried about him.” 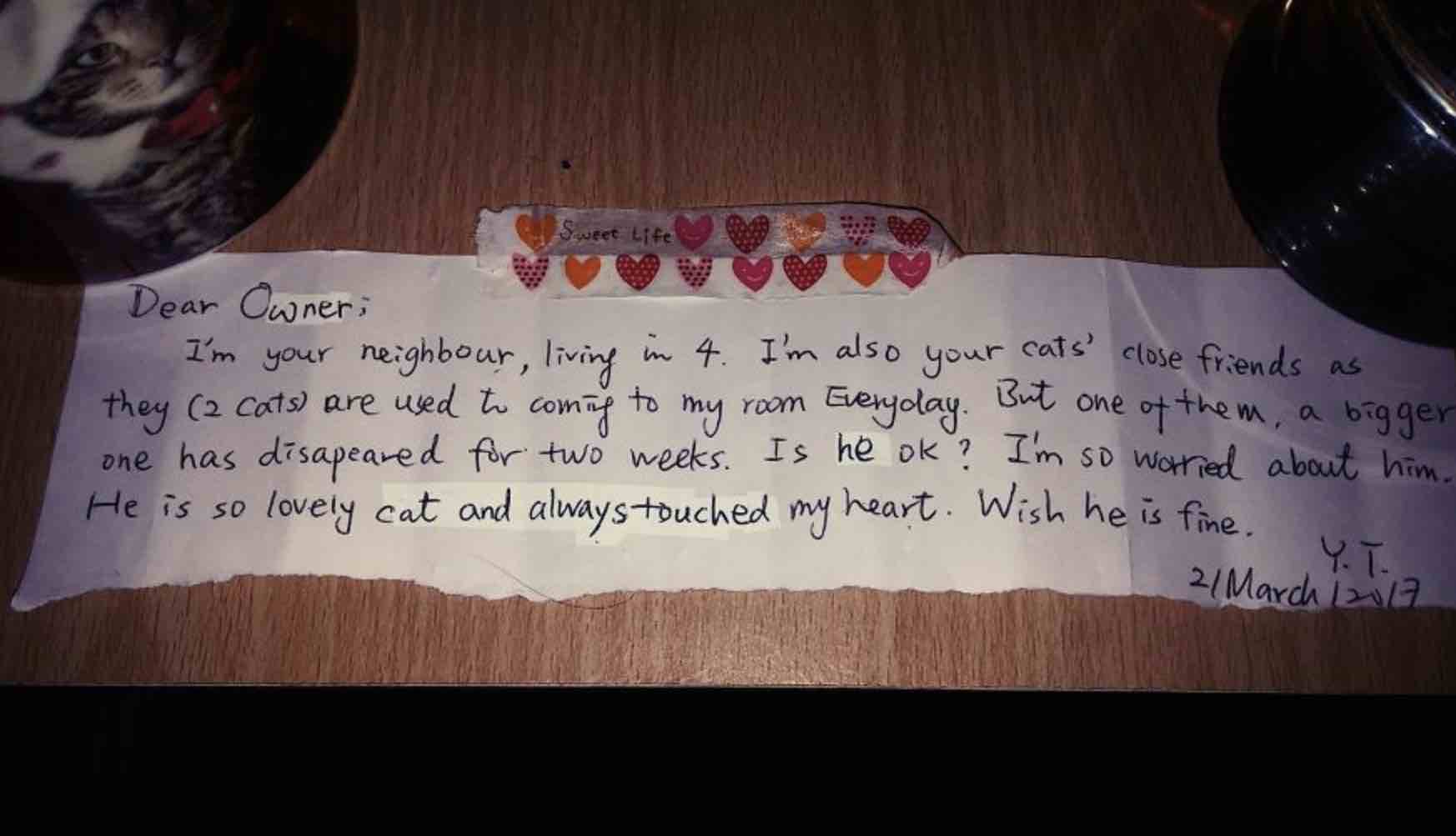 The note was written by a Taiwanese exchange student who was a neighbor of theirs.

She was feeling a bit lonely being so far from home and Bear, along with his brother would brighten up her day. 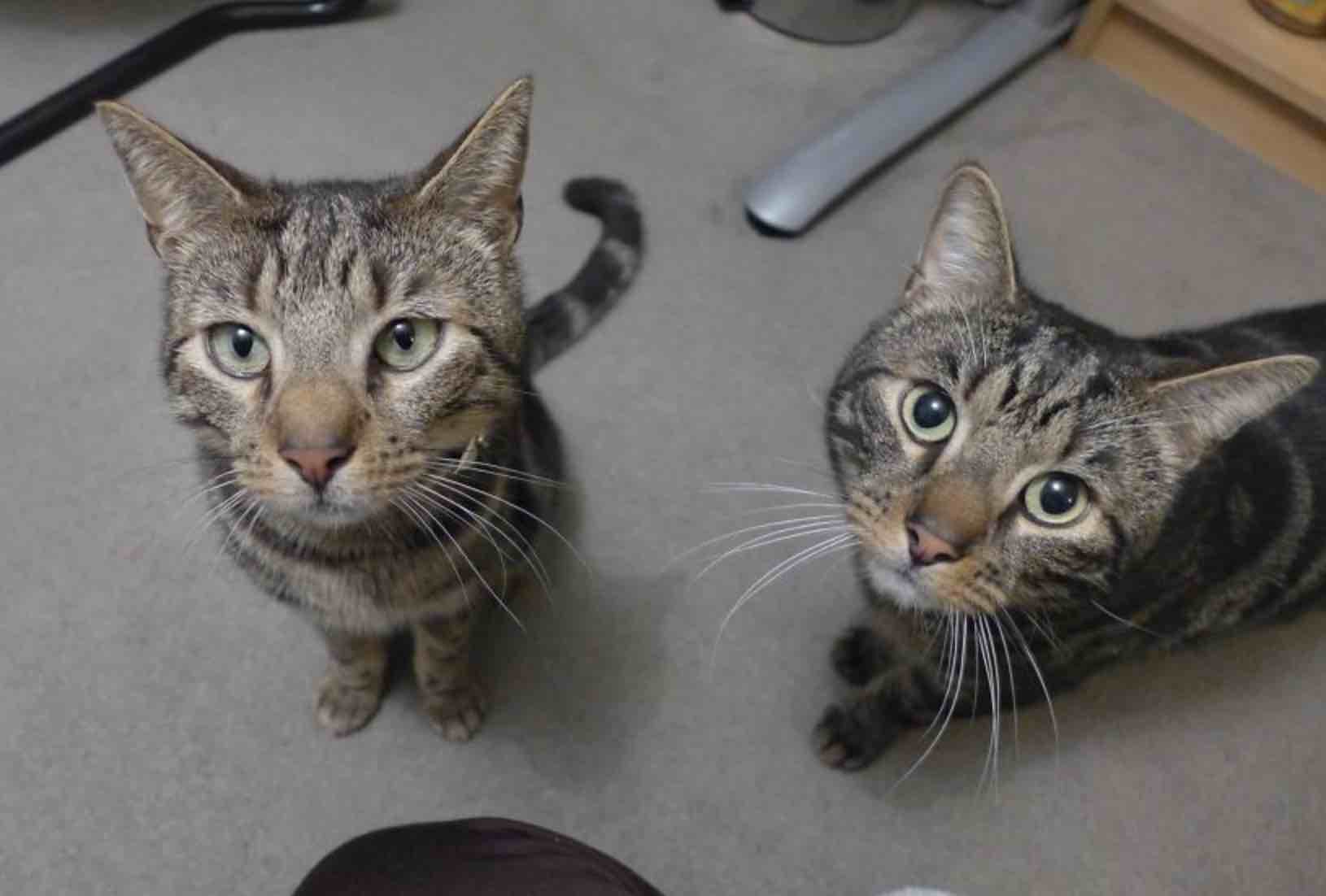 Scott Ewels, one of Bear’s owners, said: «We posted a letter back into number 4, saying that our other cat had passed away. We also included our email address.»

The next day he received a lengthy email. That was when the couple discovered their cat’s friend was a lonely exchange student from Taiwan. She explained that she would practice her university presentations to him.

Scott said: “He would sit on her bed and listen, she didn’t have anyone else to practice with. It was very touching — she even attached some pictures she had taken of my boys which warmed my heart.» 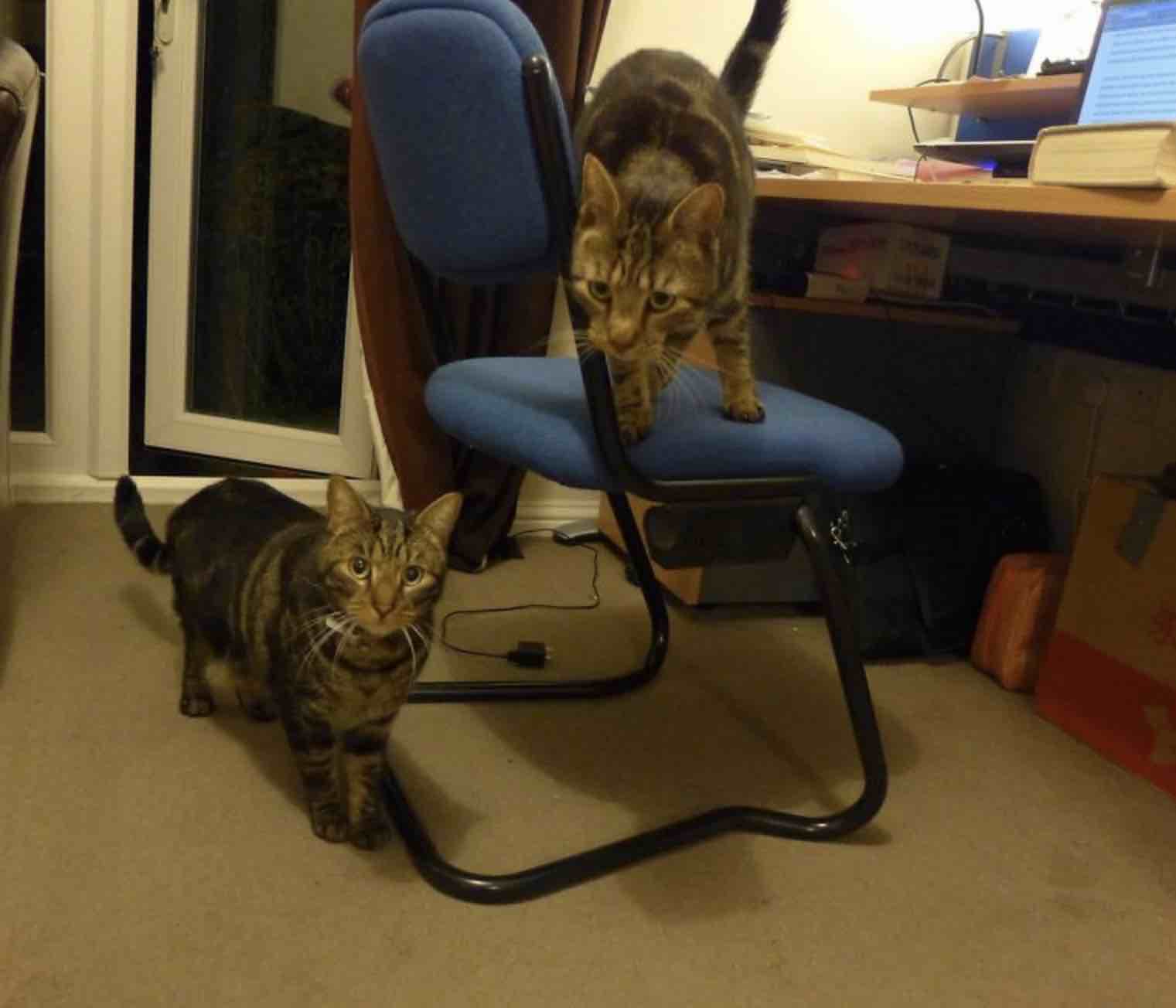 I hope this lovely kitty knew how much he had been loved.