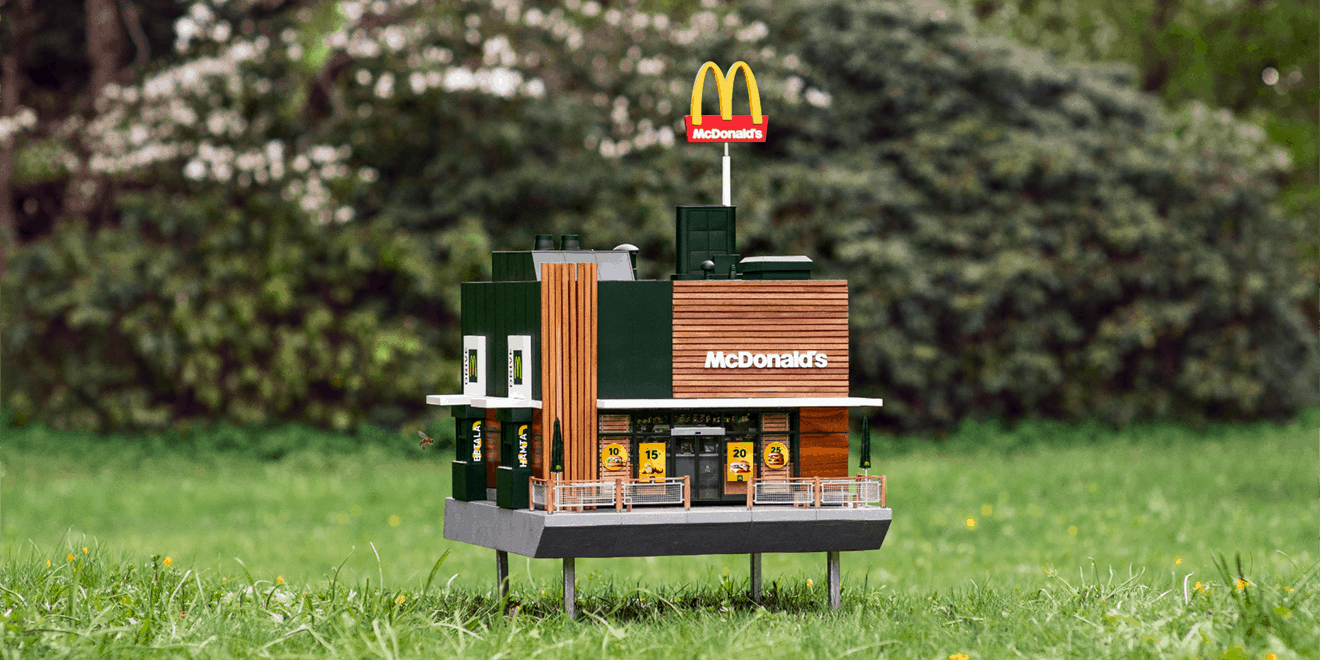 Over the years, the famous fast-food chain opened shops on the airplane, on the train, and even introduced the giant Happy Meal box. Well, this time they opened the store exclusively for unusual customers. This tiny «McDonald’s» was specifically designed to attract bees.

The details are impressive, and on the outside, it’s really like any other McDonald’s establishment, but inside it is a fully functioning hive. Despite being called the «world’s smallest MacDonald’s», it is large enough to hold thousands of bees. The McHive’s idea was born after a collaboration between McDonald’s Sweden and NORD DDB and it is a ‘tribute’ to the global chain’s Swedish restaurants, some of which have beehives on their roofs, LadBible reports. It was unveiled on May 20, when World Bee Day is celebrated.

Bees are playing a crucial role in our planet’s ecosystems. However, in the last years, their numbers have declined due to climate change and the excessive use of pesticides. Therefore, the McHive is a “great idea,” as  Christoffer Rönnblad, marketing director of McDonald’s Sweden admits. “We have a lot of really devoted franchisees who contribute to our sustainability work, and it feels good that we can use our size to amplify such a great idea as beehives on the rooftops,” he told to Adweek.

Saving the bees is an important step in saving our planet, and we should all be aware of that!