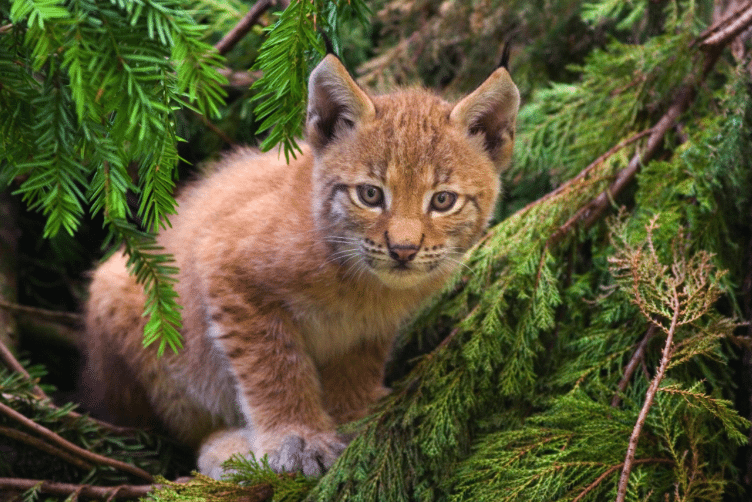 Whenever we talk about cats, we never think of wild hunters or forest people. It all boils down to the charming fur balls that like to live in our homes. Even if this wild kitty looks like a pet, she’s the rarest cat in the world.

The Balkan lynx is one of the most endangered species in Europe. According to the Protection and Preservation of Natural Environment in Albania, the lynx is native to the southwest Balkans, “mainly the border areas between Macedonia and Albania.” With the experts looking for reasons for its massively decreasing number, the PPNEA hares that while “biology, ecology, and history of the Balkan lynx are not well understood or documented, …obvious threats have been direct persecution in the past, …decline of prey populations, and loss and fragmentation of habitat.” PPNEA remains hopeful for the lynx’s survival thanks to ever-increasing legal protections for the species. Still, there’s hope as a “young Balkan lynx was the first newborn of the species to be spotted in the wild in about 10 years, with less than 50 of the critically endangered animals currently in existence.”

Given its rare occurrence, it is a wonder that it was captured on camera. The credit goes to Gjorgi Ivanov from the Balkan Lynx Recovery Program, which focuses on managing protected areas and monitoring the patterns of local wildlife. Ivanov and his partner Panajov Chorovski worked together to track down this little lynx in her natural environment. “Despite posting a selection of images on social media, Gjorgi, 37, has only now released his footage from Mavrovo National Park in the hope of raising awareness for what is the largest cat in the Balkan region,” Caters Clips said in a statement.