A kind-hearted woman who was rescuing cats in her backyard was surprised to find an old chair and a beautiful cat on it. The poor animal was unkempt and emaciated. The kitty’s eyes were simply cosmic, they were distinguished by a beautiful shape and a bright blue shade with amazing iridescences. You can drown in such eyes. 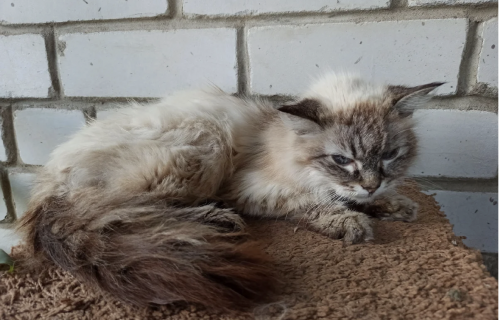 The woman looked into the eyes of the cat for a long time and couldn’t understand what was wrong with them. Yes, her eyes were incredible but somehow strange. The woman picked up the animal. The cat was incredibly lightweight, despite a volumetric fluffy fur coat. 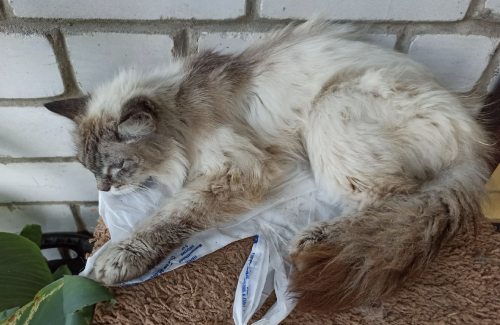 The cat wouldn’t take the food offered by the woman. She chose to lie down and rest. The poor thing could barely hold on to her paws. How did she end up in the backyard of a private house? It’s a mystery. 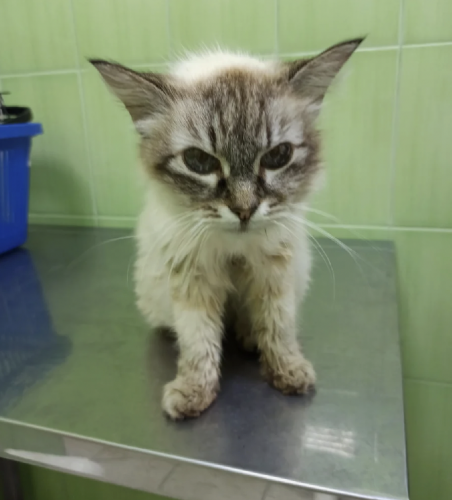 The next day, the cat was taken to the vet. The diagnosis was simple — old age. Yes, this beauty was already an old lady. Everyone has seen frail old ladies who almost never leave the house, only to go to the store, and then they go only leaning on a stick. That’s what you’d compare a blue-eyed cat to. 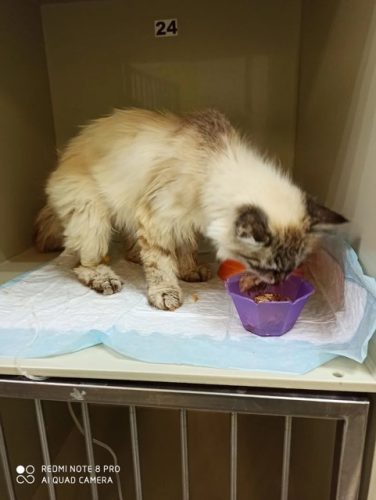 And the unusual eye color is also a result of age changes, as the vet explained. An elderly cat also suffered from chronic kidney failure. Over seven days, a cat named Klava spent in a veterinary clinic. She was getting IVs to stabilize her condition. 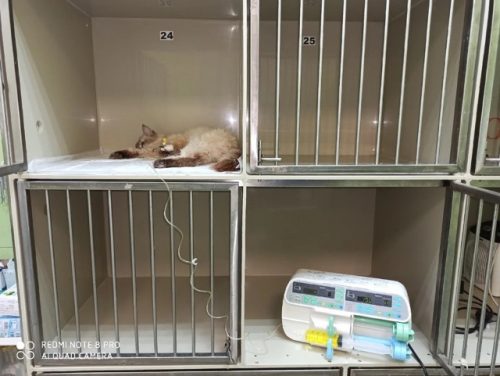 After the IVs, Klava began to feel better, the cat even began to eat. Regular food is no longer good for her, the cat needs special food. The vet said that Klava’s poor condition is the result of poor kidney work. How long will this beautiful kitty have to live? It’s a sad thing to say, but probably very little. 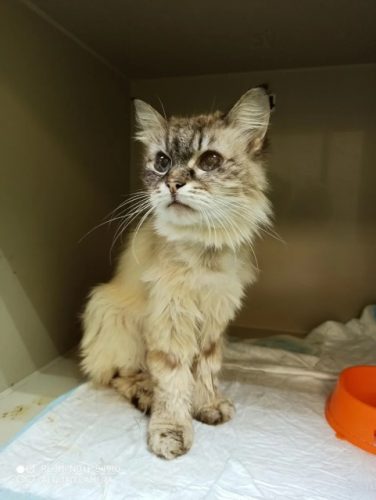 It’s hard to realize the fact that this cat has been at home all her life, but in her declining years, she was simply thrown out into the street, not allowing her to live out her remaining days in peace. Maybe the kitty survived her owner, and the heirs of the apartment mercilessly threw her out into the street. 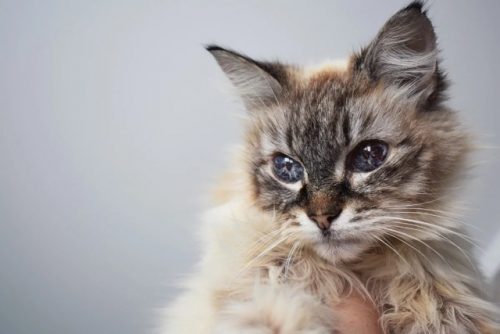 All the staff of the Veterinary Hospital is constantly admiring the beautiful eyes of Klava. They show great wisdom and incredible melancholy. 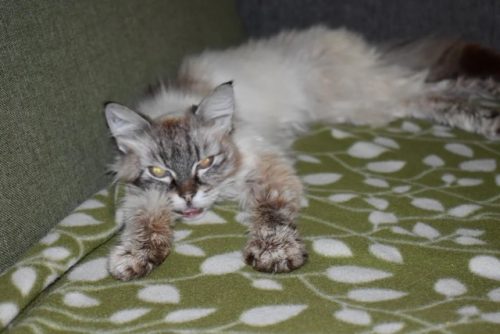 Klava was taken by a female volunteer. At her house, the cat will live out the remaining days. At home, Klava immediately perked up and began to behave more relaxedly. This photo was taken after bathing. You can see that the cat is very thin and emaciated. 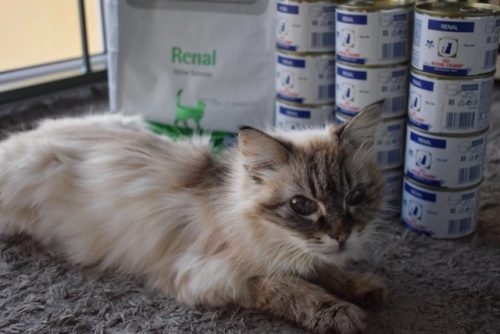