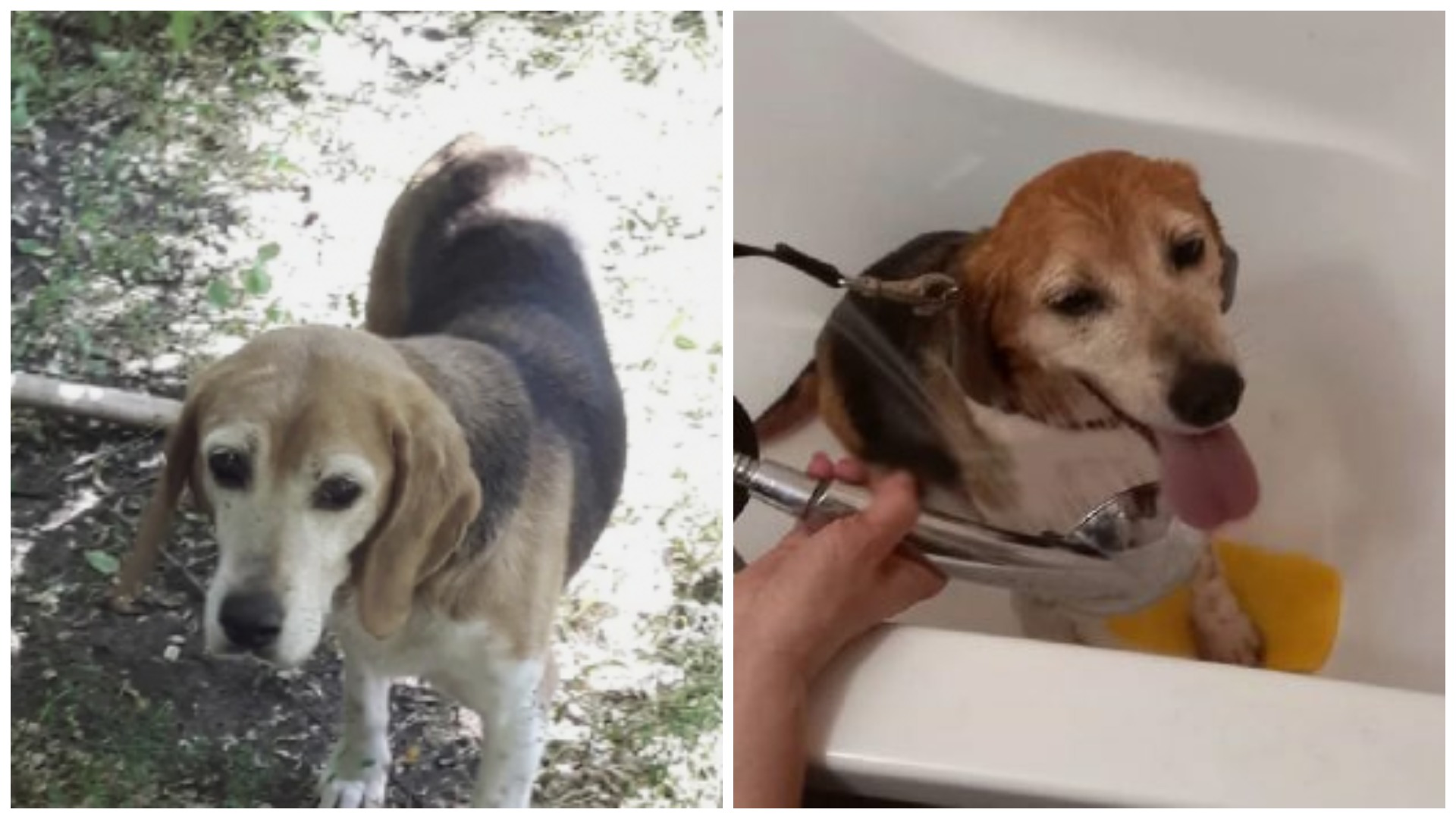 When for the first time a photo of a beautiful beagle dog appeared on social networks, everyone thought that its owners had lost it. For two weeks, the dog regularly came to the place where stray cats were fed. It stood nearby and obediently waited for the cats to eat. Then it went to their bowls and ate all the leftovers. It ate everything to grain, and then also licked the bowls.

”We can’t leave this poor dog in such trouble,» Irina told her daughter. They put the dog in the car. It was noticeable that the beagle had already driven in the car earlier. For a dog, this was a familiar thing. It immediately sat down in a chair, and not on a diaper that was laid on the floor. 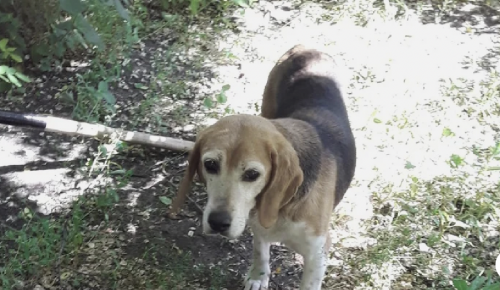 When the dog was brought home, Irina was in mild shock. There was just a swarm of fleas on the poor doggy, it was attacked by ear mites. In addition, the animal had secretions from the mammary glands. This meant that the dog was either a nursing mother or had a false pregnancy. However, no one saw its puppies. Therefore, it remained only to assume.

At the reception, the veterinarian said that the dog has a lot of problems. Its past life can hardly be called happy. For its owners, this dog was just an «incubator». It was used for the continuous production of offspring. The body was in a worn-out state. Its teeth were worn off due to being fed bones. The fur was dull and sparse. Poor nutrition and poor care worsened the dog’s health. 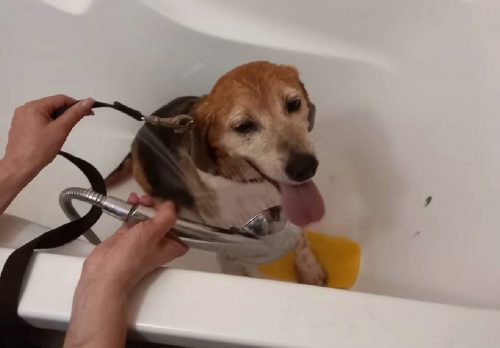 To restore the full functioning of the gastrointestinal tract, it was prescribed special medications and food.

Irina and her husband began to think about the nickname for the dog. For a long time, they sorted out the options. The dog reacted emotionally when one of them said «Alma-Palma». Maybe its last nickname was similar in consonance. Or maybe that’s what its name was. 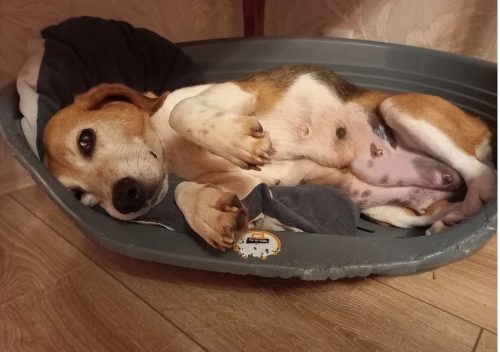 Now, the sad part. Alma has its peculiarities. It’s afraid of the screaming and the waving of human hands. Irina is a very kind person. She never hurts animals, even for parenting purposes. However, when a member of the family raises his\her voice, the dog hides in the corner, squeezes its paws, and complains. For some reason, it began to seek protection from Irina’s husband. The conclusion to be drawn is that it was the woman who had wronged the dog in the past, and the man had tried to protect it from attack.