On this day, a young couple with a Dalmatian in their arms came to one of the veterinary clinics of the Moscow region. The dog was very beautiful but scared, she did not understand where she was and all the time huddled to the owner, hiding her gaze from the clinic staff.

The dog had three legs broken, so she couldn’t walk. Probably, during the walk, the owners let her off the leash, and she was hit by a car. The dog was examined. They did an X-ray. The veterinarian concluded that Anfisa’s paws could be cured, but surgery would be required. The treatment of the dog in the clinic was estimated at $ 700. 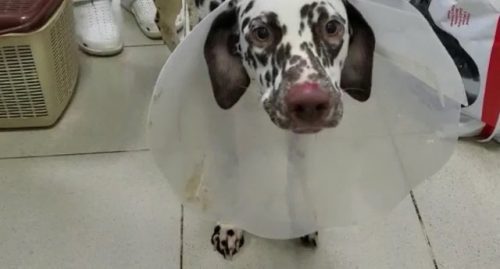 After hearing how much the treatment would cost, the dog owner immediately asked how much it would cost to put Anfisa to sleep. The doctor tried to explain that euthanasia is possible only if there are appropriate indications, and Anfisa does not have them and no one will kill a healthy dog, it is enough to treat her paws for a full life. Although the owners of Anfisa did not look like poor people, they clearly did not intend to spend money on a pet, so they did not listen to the doctor’s arguments. Turning around, the couple simply left the clinic, leaving the dog lying helplessly on the floor. 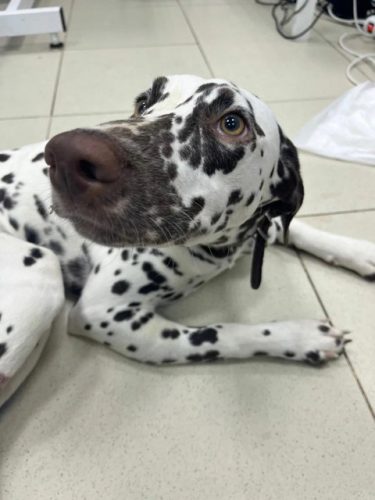 The doctors had no choice but to give Anfisa the last injection, but the dog looked at people with such hope in her eyes that they did not dare to act. There were several of our wards in this clinic, so the doctors decided to give Anfisa one last chance and called me to find out if we would take up the treatment of another animal.

«Inna, they left the dog with us, they demand euthanasia so as not to spend money on treatment. We decided to call you, maybe you can help the animal? I don’t want to push, but we need to decide quickly.» 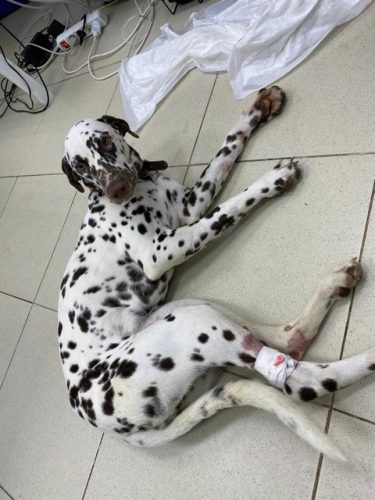 I asked to call the owners of the dog so that they would write a refusal, and we could take the animal into our care.

The doctors did not hesitate. In the evening, I called the clinic to find out when it was possible to register a dog for surgery, it turned out that the veterinarian had already collected money for the operation of two paws, we only had to pay the check. The third paw was scheduled to be operated on in a day so that the dog could rest a little and gain strength. 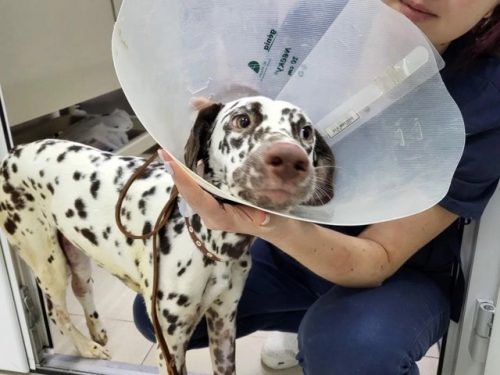 We didn’t have time to announce the collection for treatment, so we had to get out of this situation and collect money by the dozen, but you will do anything when it comes to life or death issues.

A week later I received a video from the vet. The doctor did not hide that he was very pleased with his work and with the way his patient was recovering. Anfisa in the video not only smiled and wagged her tail, but also ran around the vet. Healing is fast and although the dog’s gait is still uncertain, it can already stand on her paws and walk a little. 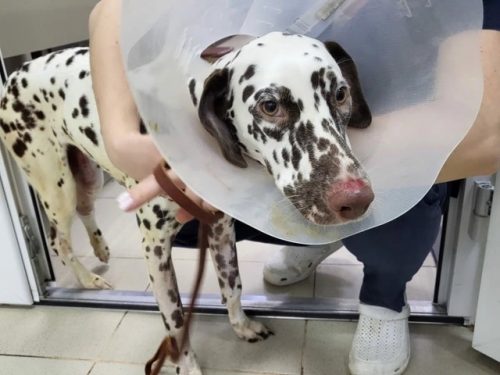 We are very happy with her every new step, and Anfisa herself is in a good mood because the story that began so sadly got a good ending. We are grateful for the help of everyone who took part in the fate of Anfisa and gave her a chance for a happy life.