This story shows that miracles are possible, you just have to believe in them. This story has melted our hearts, I really want to support her characters and help them find a new, loving family.

Every Saturday, the woman went to visit a relative living on Tallinn Street. A relative needed help around the house, and on one of the visits, she asked the woman to go to the store for shopping. The evening was cold and rainy, despite this, people gathered at the entrance to the store. 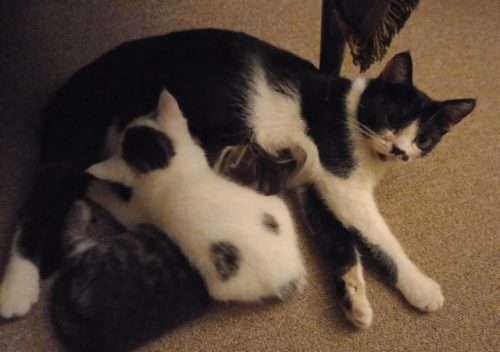 It turned out that everyone was gathered around a cat carrier, which one of the people had already opened. There was a black and white cat sitting by the carrier, who was crying plaintively, and inside there were gray and white kittens, who were a couple of weeks old. 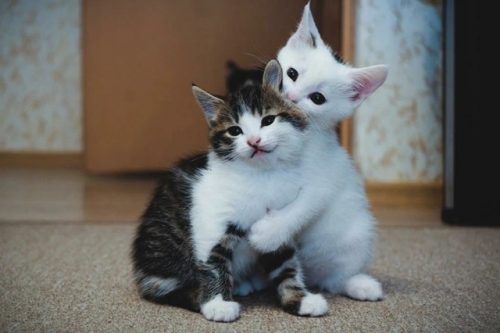 While the crowd was standing around, the kids got out of the carrier and sat down next to their mother on the cold asphalt. The whole family was crying piteously, freezing under the cold rain. The kittens’ mother tried to approach people, hoping that she and the babies would be fed and taken to the warmth. It was obvious that the cat had lived in the house quite recently: the animal was clean, well-groomed, and very tame. Probably, have not decided what to do with mom and kids, the former owners left them in a carrier at the store, hoping for the help of caring passers-by. 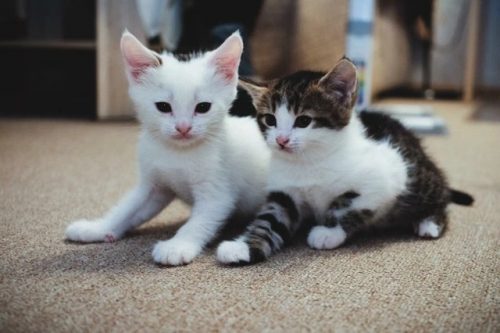 The woman went into the store, deciding at the same time to buy food for the cat and her babies. When she went out with her purchases, the carrier, and the kittens were in place, but the people dispersed, leaving the animals to their fate. The cat was just sitting in the rain because there was not enough space for her and the babies in the carrier. 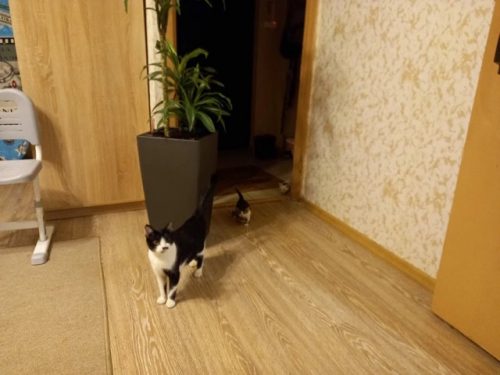 Paying at the checkout, the woman asked when the carrier appeared on the doorstep of the store. It turned out that a cat and kittens have been sitting on the street since the morning, they were brought before the store opened. During the whole day, no one took the cat family, they did not even bring the carrier into a warm room, although it was clear from the cat and her children that they were very cold. 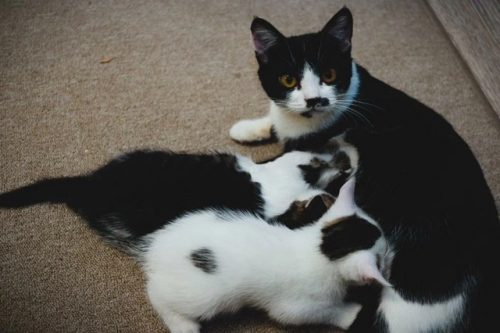 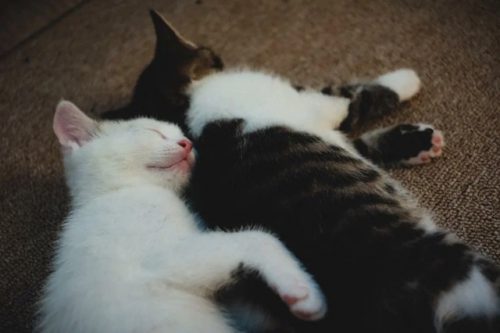 Arriving home, the woman fed the cat and arranged a warm bed for her and the kittens. As soon as the cat warmed up a little, she immediately began to feed and lick her babies.

The next day, together with the whole family, the woman went to the vet. The doctor found only cold in all three of them, so both mom and kids were immediately given the necessary medicine. 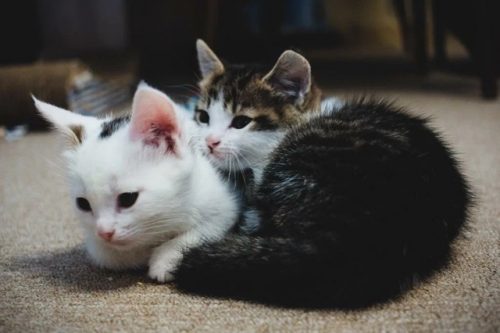 The kids turned out to be a boy and a girl. They hardly had time to understand what had happened and barely warmed up again became active and playful.