This is the first kitten that my daughter brought into the house, but I think it will not be the last. I couldn’t not accept it into the house. It was cold and damp November weather outside. The first frost was coming soon, and there was nowhere to hide on the farm. 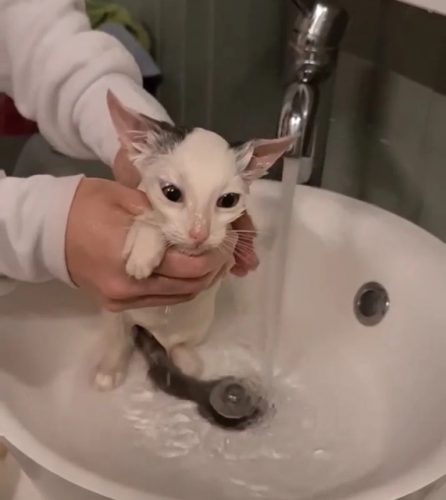 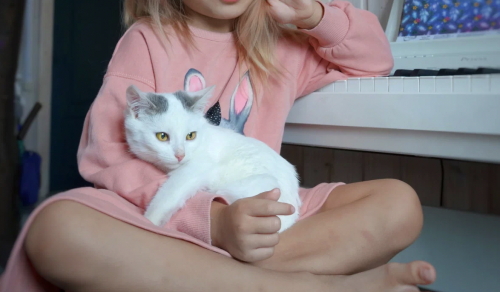 That’s how the cat became after it was bathed. It took on a completely different look. It looked three or four months old. We took the cat to the vet for examination. The kitty had to be prepared for vaccinations. The baby was treated with a flea remedy, as there were a huge number of them on it. 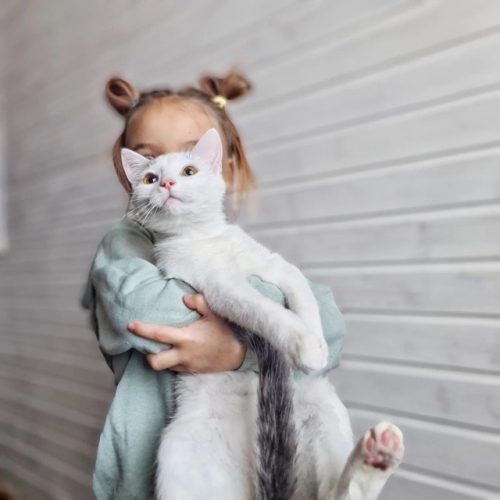 All the kids are very cute, but age makes its adjustments. Now the Leaf resembles an ugly duckling. It has a long body and big ears. 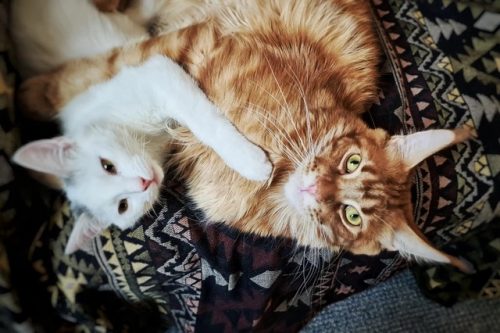 Our cats accepted the newcomer as their own. In particular, a red cat named Texas made friends with it. They fool around together all night long. 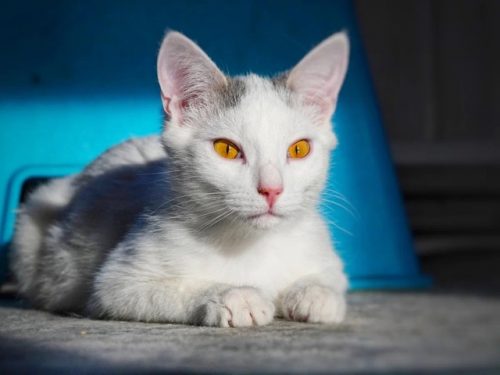 Even Behemoth joined in this game, although it was previously indifferent to such a pastime. Now they are rolling somersaults and look like Yin and Yang. One is black and the other is white.

That’s how Leaf became a teenager. It has big ears and bright orange eyes. 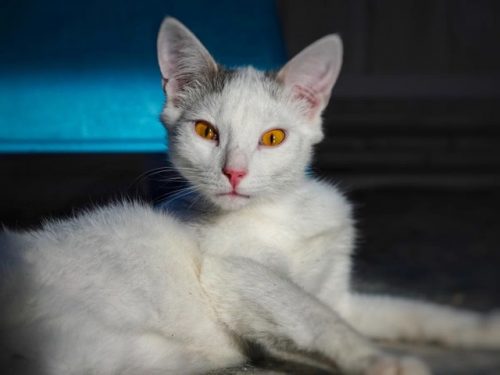 I’d like to know what it’ll be like when it grows up. I don’t think it’s too big. Leaf will definitely be smaller than Maine Coon cats. Although, it doesn’t really matter. The main thing is the health of the cat.