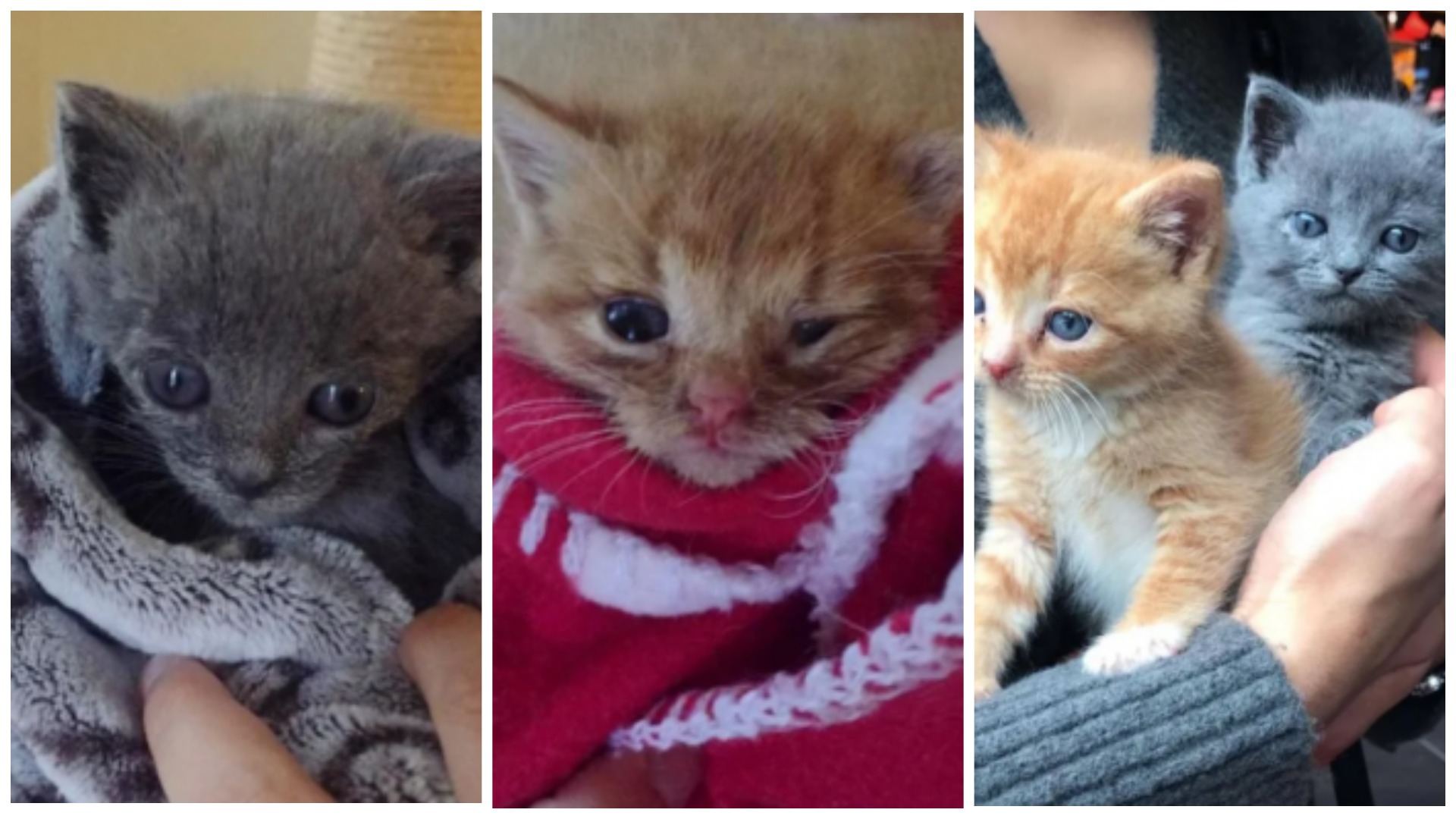 A Canadian family found three kittens on their porch one frosty morning. The mother was not around, and she never returned for her babies. 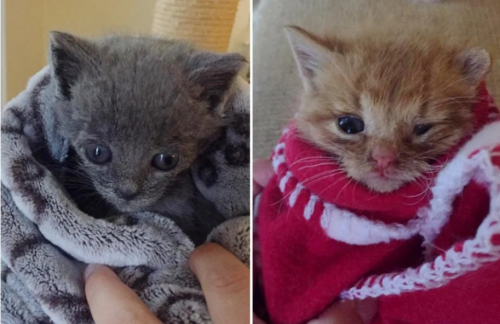 One kitten could not be saved, he could not stand such a cold. The family took two kittens for themselves and tried to take care of them. They fed the babies from a bottle. At that time, the kittens were about 5 weeks old and they were very thin.

They called the fluffies Tommy and Amelie. They were half as small as they should be for their age and very weak, so even raising their heads was a difficult task for them. But despite exhaustion and weakness, the kittens fought for their lives. 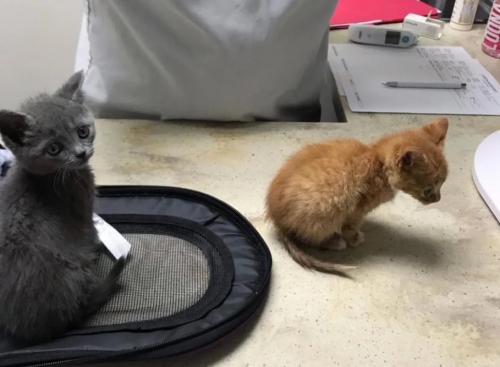 They were inseparable and supported each other all the time. If they weren’t together, they started crying and looking for each other.

Caring for them finally paid off — the babies had an appetite and started to gain weight. Although they still have problems with the gastrointestinal tract, they’re getting better. 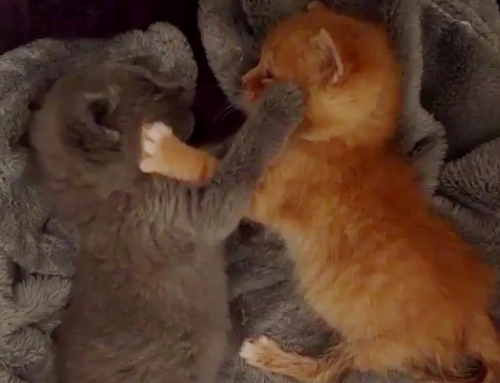 The kittens slept for a long time to regain their strength and make a full recovery. When they slept, they held each other together.

The adoptive mother fed them every few hours and after a week they began to gradually gain weight. 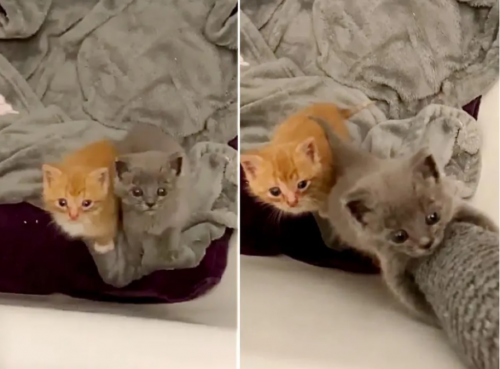 After two weeks of constant care, the kittens gained the weight that they are entitled to by age. They have become much more active, stronger, and bigger than they were before.

The babies became attached to their adoptive mother. Whenever she is about to feed them, the babies begin to press against her hand and cry to attract attention until she starts feeding them. 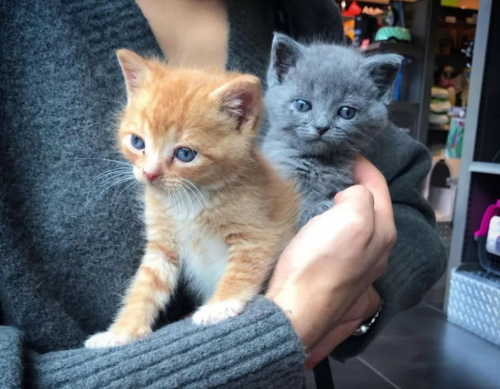 Now the kittens will be fine because they are healthy and live in a good family.