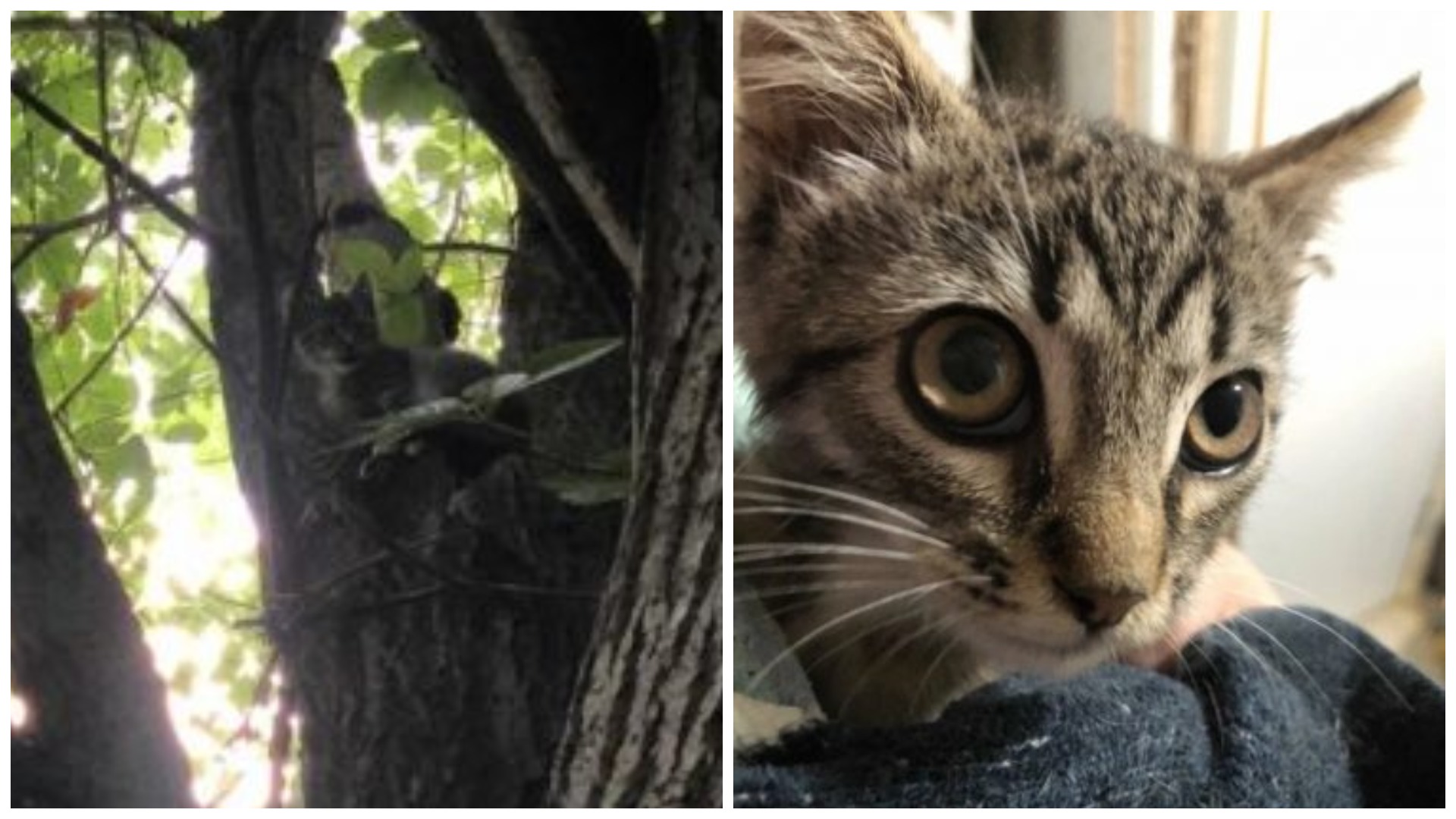 In the summer, while searching for my missing cat, I found myself in one of the Smolensk courtyards. While I was talking to a resident, I heard a cat meowing. I was surprised that the sound came from somewhere above. 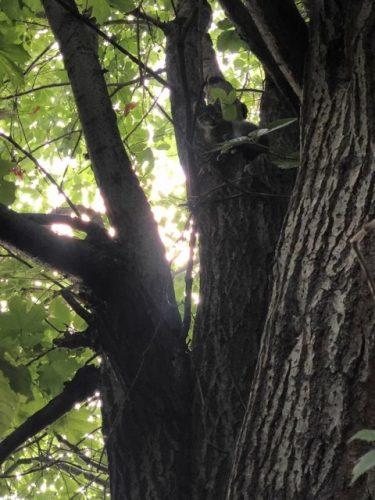 The woman explained that one of the cats in the yard had kittens. Dogs often run into them in the yard, so both the cat and her two kittens suffered a sad fate. One cat managed to escape by climbing a tree.

The cat still lived on the tree. When the local people were feeding the cats, the little girl went down, but then she went back to her shelter. The incident made the cat not only beware of other animals but also humans. At night it was already cool and it was impossible to imagine how a cat would survive on a tree with the onset of frosts. The girl was just a little kitten, no more than three months old. 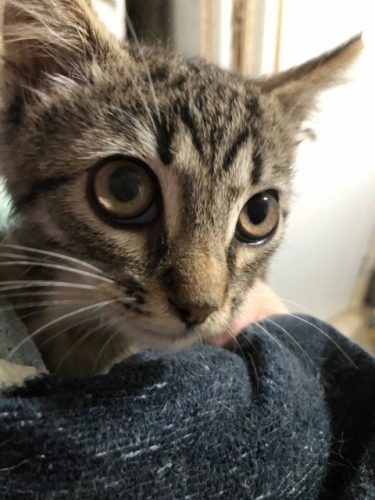 I was able to lure the baby out of the branch with a twig – after playing too much, she fell into my hands. 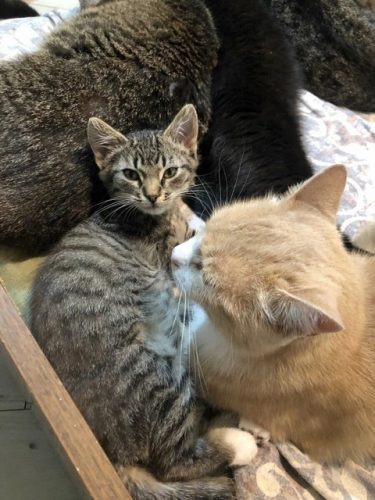 I brought the kitty home. At first, she was hiding, probably she was scared of the number of other cats at my house. Over time, the baby got used to it and began not just to approach other cats, but also to lay down next to them to sleep, snuggled up to the warm side.