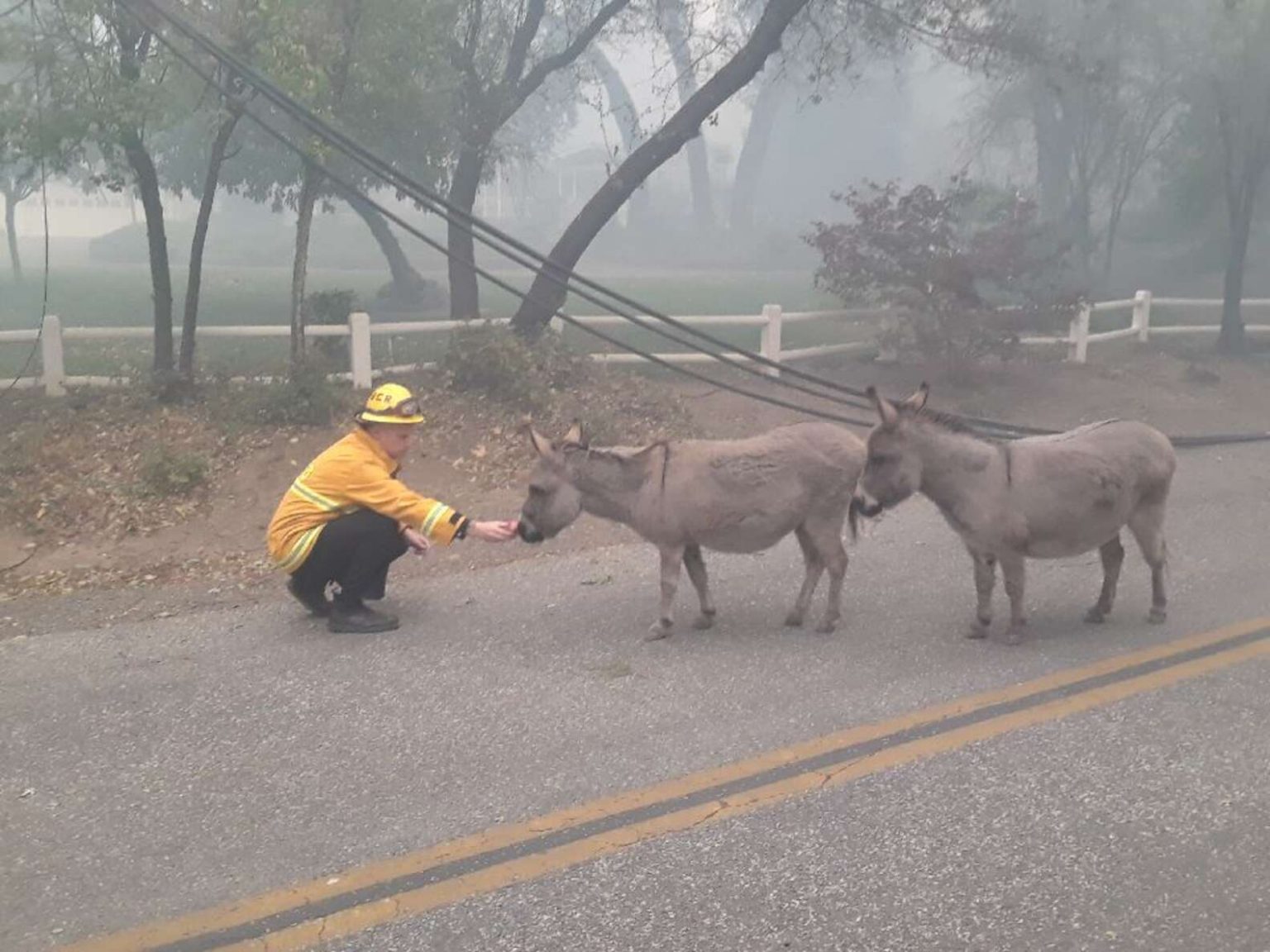 Firefighters who fight fires during wildfires in California are not only fearless but very kind. So when 2 firefighters stumbled upon an exhausted pair of donkeys, they rushed to help poor animals, showing that if there was kindness, there was always hope! Fire chief Gary Loesch and firefighter Chris Harvey, from the Sacramento Fire Department, were on their way to remove a fallen tree from a road in Paradise, California. They were driving through an area that was badly affected by the devastating wildfires, so they didn’t expect to encounter anything but ashes. But, then they spotted something coming from the smoke. There were two donkeys desperately trying to find their way to safety. The firefighters immediately stopped and approached the helpless animals to check on them. It was clear they had been through a lot, and they need water and food. So the kind rescuers shared their water and their lunch with the two donkeys. “We pulled over to let them pass, and saw that they looked very tired, worn out, and thirsty,” firefighter Harvey explained to The Dodo. “I tried to give them some water in my hand from a water bottle, but it kept spilling out. Then we gave them apples and they ate them quickly and seemed grateful for the snack.” Committed to saving every life, no one’s left behind with such heroic and kind firefighters as Harvey and Loesch!