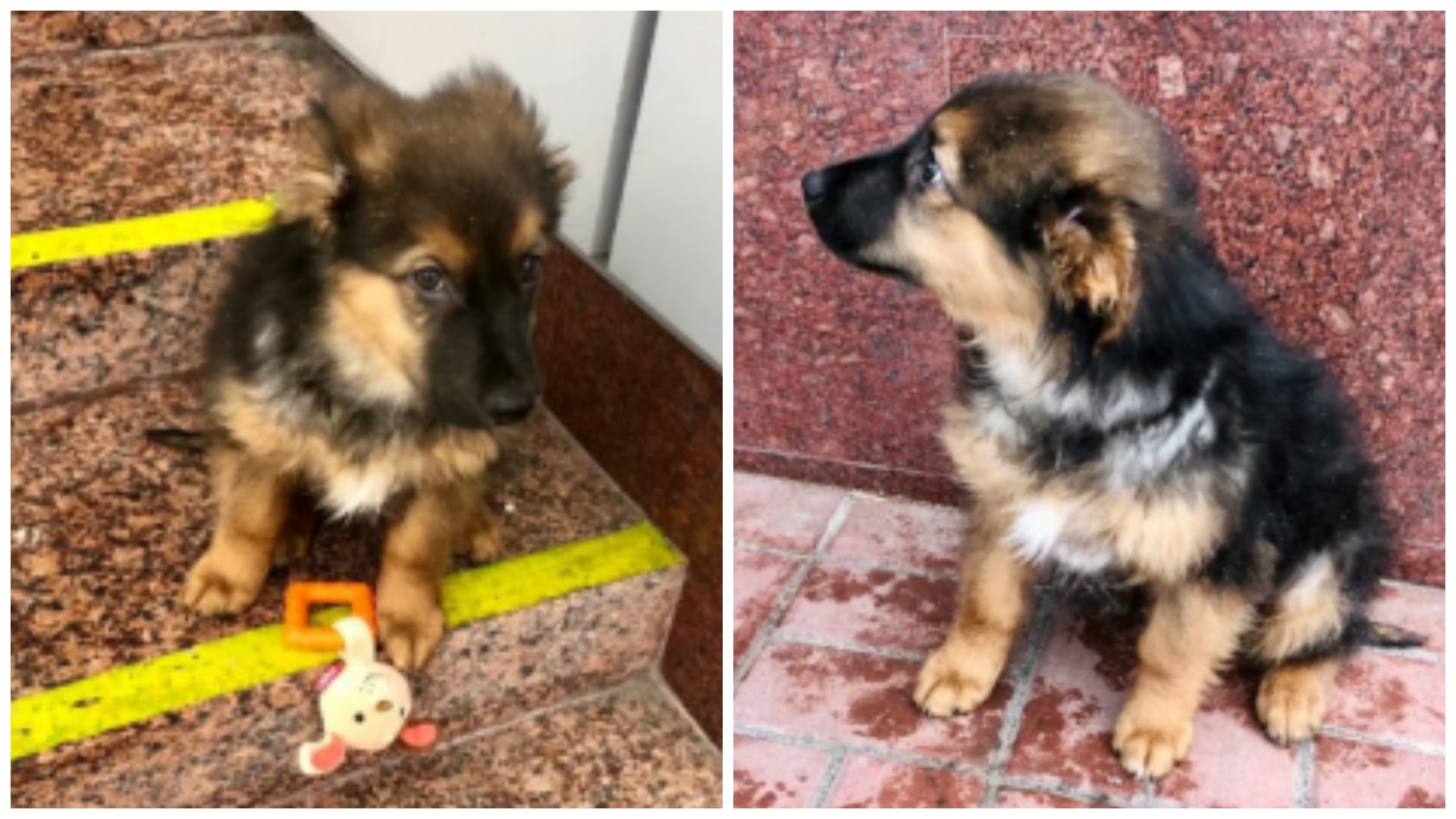 Two small puppies, Tyomka and his sister ended up on the street due to human cruelty. And outside the window, it was a cold winter. The animals suffered from the terrible cold, they were scared, and they understood that they could not survive without human help. But no one cared about them. They sat on the old foliage and whimpered plaintively, trying to attract attention to themselves. And at night, when it became even colder, they snuggled up to each other to warm up at least a little. 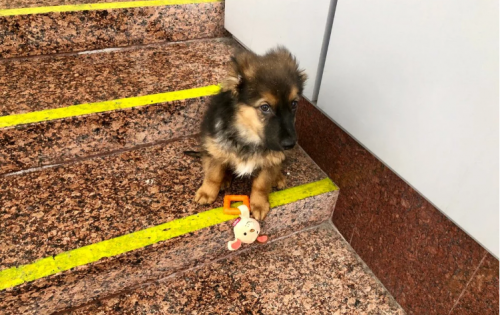 The winter was getting colder and the puppies were still sitting in their seats. Some of the caring people began to occasionally bring food, and one girl began to constantly feed the puppies. 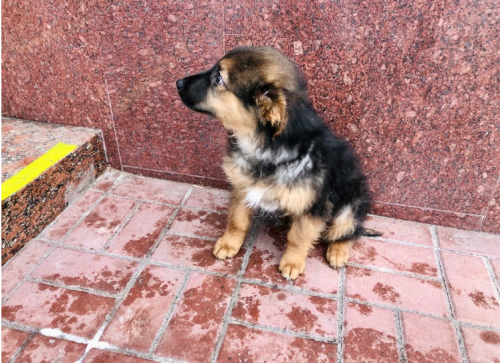 After a while, one puppy, a girl, fell ill, so Tyomka, to somehow help her, gave her all the food and was always near her.

The girl who cared most about them managed to cure his sister and find owners for her. Now the puppy had no support.

The girl and her friend brought a booth from somewhere so that Tyomka had a small, but his own house, from which he did not go out unnecessarily. 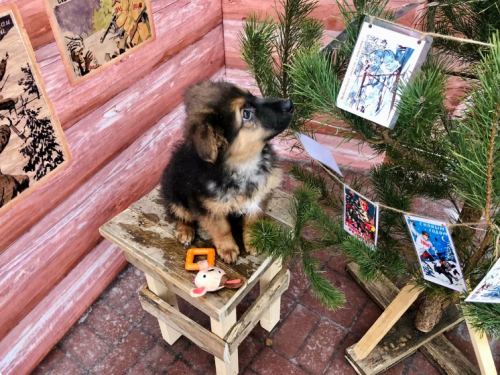 But one morning, when the girls brought the puppy to eat, they saw a broken booth, and next to it a frightened and frozen animal.

It immediately became clear that the booth was destroyed intentionally. Who could the booth interfere with? It’s good that Tyomka remained alive and unharmed.

The girls decided to put the puppy in the garage for a while, especially since there was a heater there. But the reaction of the garage cooperative was unexpected. They decided to turn off the electricity supply because everyone pays the bill for it together. The girls had to take the puppy from there. 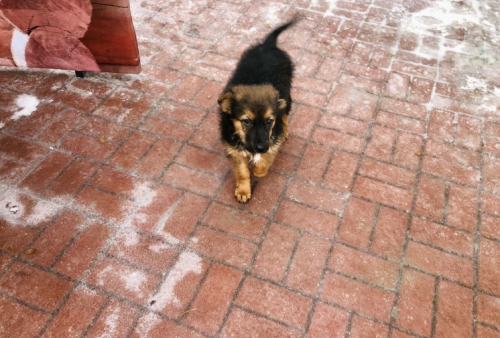 Young animal lovers began to look for other ways to save the animal they loved. Having found my contacts on the Internet, they asked for help, since there is nowhere to settle Tyomka, and it’s winter outside.

In support of their words, they sent a photo of Tyoma. He looked like a baby shepherd dog, only with an incredibly sad look, which is not surprising because in his two months of life he saw only human indifference and cruelty, cold and hunger. Who are the moral freaks who destroyed his little house?

I promised my friends that I would try to find a good family for Tyomka. That same day, I had another alarm bell from an elderly woman.

According to her, she sheltered 16 sick cats and one legless dog. And recently, returning home, she found two puppies in the snow, which were very similar to the puppy that the girls took care of. 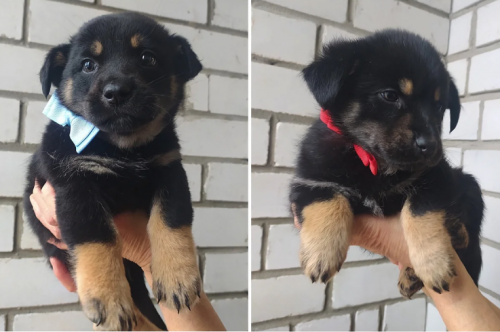 In conversation, the woman could not hold back tears. She explained that she was no longer able to take care of so many sick and homeless animals, she had a small pension, and it was difficult for her alone to cope with everyone, due to her age. Why do people throw animals on the street? But she still could not leave the puppies and took them to her. 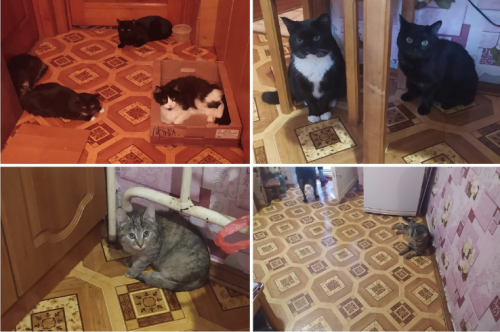 The woman said that the puppies were very smart and obedient. They go to the toilet only for a diaper and do not play pranks, so as not to upset their elderly savior. 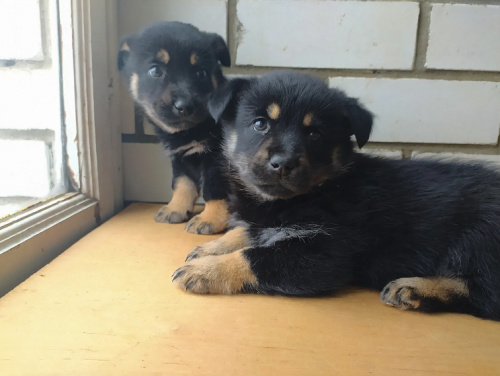 For now, I have the opportunity to help the pensioner with food and medicine for animals. But it’s still very difficult for her. She still feeds all the street four-legged animals. And one-and-a-half-month-old puppies need special care.