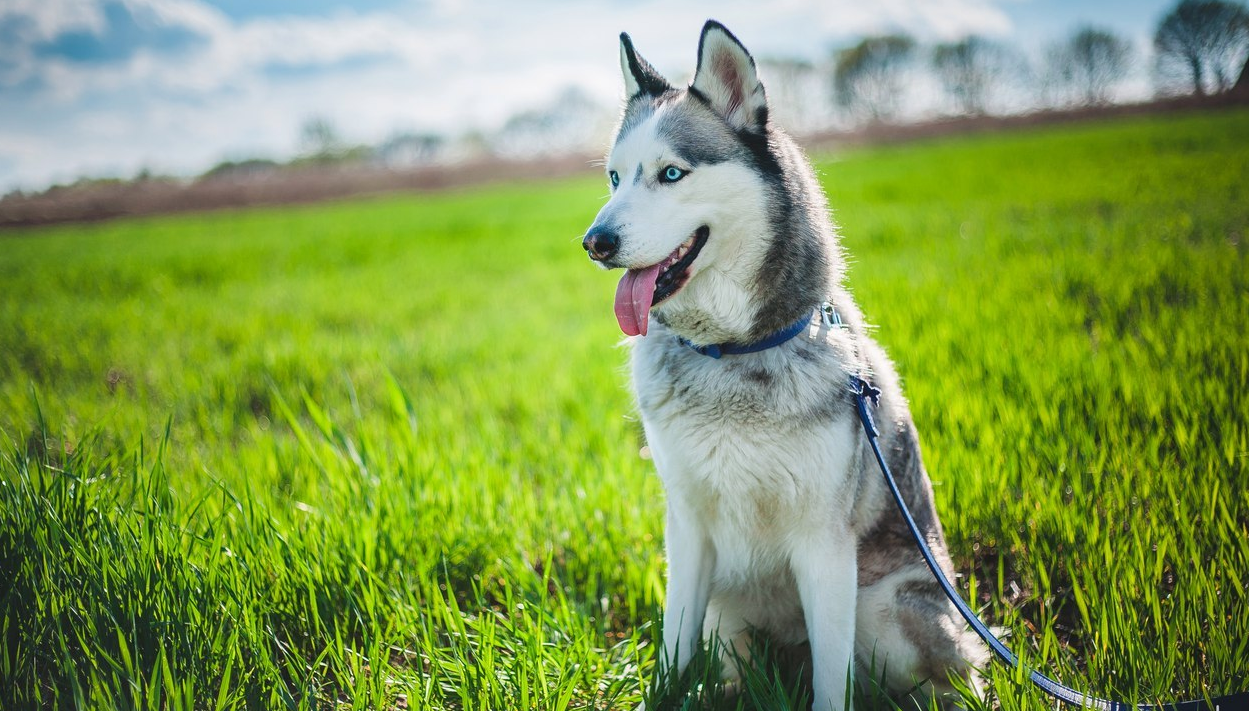 After being forced to live in chains his whole life, this two-year-old husky finally got his very « first freedom ». When the rescue team rescued him and other dogs who lived the same miserable life, this charming dog had no idea what it was like to run across an open field. Now he has that opportunity, and this moment is perfect for contemplation! Sadly, life was extremely rough for Biscuit – a gorgeous Siberian Husky. For two years, he was kept in chains with no shelter over his head. Fortunately, everything was about to change when Amy Hines – a volunteer at the Dogs Deserve Better – came across him. The woman was driving when she spotted nearly a dozen of dogs, all chained up in the snow, with Biscuit among them. She immediately pulled over and approached the group of dogs. Amy even rescued one of the dogs that very day, and then she made great efforts to convince the owner to let her help the other dogs, too. “Amy spotted Biscuit and his siblings, friends, co-canines, on a property in Kentucky while visiting,” the rescue group wrote. “Amy didn’t just drive by, she stopped and rescued one of the dogs that very day. She continued communicating with the owner until every single dog was rescued from that property, where they were chained 24/7 with no shelter.” It took over a couple of months, until the volunteers at the Dogs Deserve Better, have finally managed to rescue Biscuit and his other eight buddies and take them to the group’s rehabilitation center in Virginia – Good Newz Rehab. But it was worth all the effort, especially when they saw the Husky’s reaction upon running for the very first time. “This rescue took 2 months and over 4500 miles traveled by multiple dedicated rescuers,” the group wrote. “Today, Biscuit and Benjamin made their first ‘Freedom Runs’ chain free in our 6-acre field. It was spectacular. We never get tired of watching this happen….Biscuit lived his entire life on the chain until last week.”

Watch the beautiful moment below!